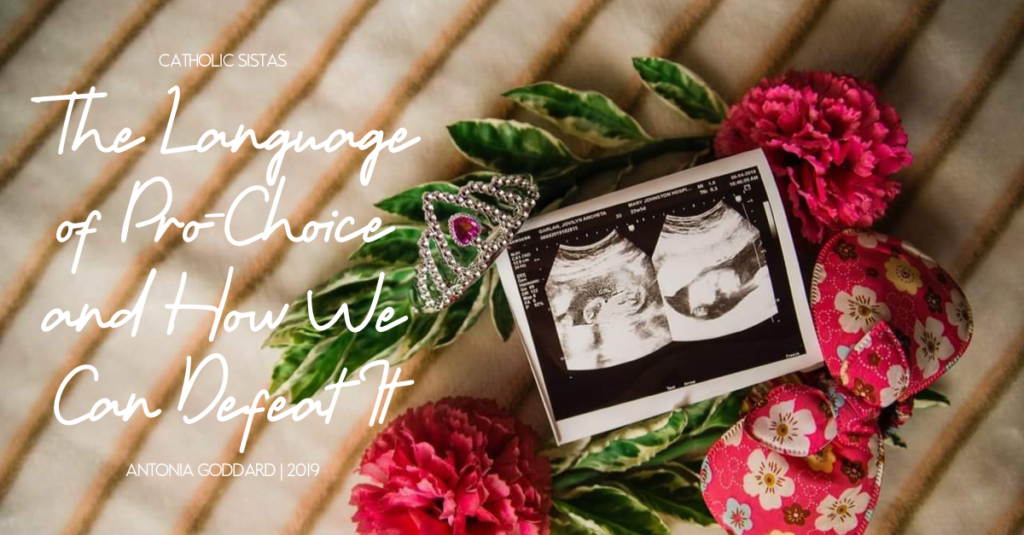 “Defend the unborn against abortion even if they persecute you, calumniate you, set traps for you, take you to court, or kill you.” Pope Francis, 2005

The horrors of abortion are making headlines almost daily. Whether it’s the heartbeat bills in the USA or the lately overturned UK court ruling that a disabled woman should be given a forced abortion against her will, many of us will have been drawn into the debate with friends, colleagues, or family. And we as Catholics are called to stand up, to speak out against this holocaust, to defend the unborn at all times. But in this ever-evolving battleground, how can we ever hope to keep up with the changing nature of the debate – and defeat abortion once and for all?

Advancements in science have already helped us win many battles. Enhanced technology has proven time and time again what we already knew – that children unborn are as alive and as precious as each and every one of us. Improved sonogram technology means we can identify the heartbeat earlier than ever, and incredible 3D ultrasounds can show real time pictures of the baby in utero – beautiful and moving images in more detail than we ever thought possible. Advancements in medical care mean that premature babies have better quality care, and better chances of survival, than at any point in history.

In the wake of these incredible advancements, the abortion industry is having to adapt their arguments – and fast. They can no longer claim that the foetus is not human (absurd, since it is hardly going to be anything else) or not alive (disproven, with extensive new technology proving that the foetus has a heartbeat, can feel pain, can hear and recognise voices in utero, among much more). But the language and debates they have moved on to are even more shocking. Current pro-abortion rhetoric states that the unborn child is alive and human, but less worthy of life than the mother – less worthy of life, even, than the mother’s ‘right to choose’. Or in other words, life unworthy of life.

This sickening phrase has been used before.[1] And it changes the nature of the argument utterly. Pro-lifers are no longer fighting for the right of unborn children to be seen as living humans, we are fighting for them to be seen as worthy of life despite the fact that they have been proved to be living humans. It is a tragic fight many of us never thought we would have to face.

Life unworthy of life has terrible, terrifying consequences, and the potential victims are far greater than unborn children. It bears the potential for horrendous damage for the disabled, for ethnic minorities, for young children and the elderly – that someone may be less worthy of life because they are more reliant on others. That someone who is younger and smaller and has made less of an impact on this world has less right to walk in it. That someone who is older and sicker is less worthy of life, because they have less life left to lead.

So how can we defeat abortion – and all other forms of pro-death argument and action – on this new battleground? We need to make it our mission, as pro-life Catholics, to stand up not just for the unborn, but all voiceless lives at risk. The disabled. Single women. Poorer families. Criminals. The sick. Pro-abortion activists like to claim that all we care about is life in the womb, without any compassion for children once they are born. Let’s prove to them this isn’t true. Donate time or money to services that support single mothers, struggling families, or the homeless. Be a listening ear to those in need. Valuing all life, no matter how long, short, large, or small, is what it truly means to be pro-life.

Secondly, we must call out these pro-abortion lies into the open. Help people to see what abortion activists are really saying when they cry that the life of an unborn child is worth less than that of a born one. Let the link between abortion and eugenics be clearly seen. Abortion disguises its horrors with false language: pregnancy is used instead of foetus or unborn child. Women deserve better than abortion – women deserve the truth.

Finally, we must pray. Pray for the victims of abortion, the children killed, the mothers who were duped into believing there was no alternative, for the millions of lives and souls lost since the legalisation of abortion. Let’s pray for abortion to become not just illegal, but unthinkable.

We are winning this battle. Pro-life legislation in the US is a testament to the fact that abortion is being finally revealed for the horror it truly is. And although it may not feel like it, the change in pro-abortion language is evidence that they are running scared. Let’s keep the unborn in our prayers, now more than ever, pray God protects them and all women at risk.