We first brought you the incredible story of one woman’s journey through in vitro fertilization. In this podcast, you will hear Jenny Vaughn’s own words, in which she shares her personal story of using IVF. As the process unfolded, she discovered the unimaginable. 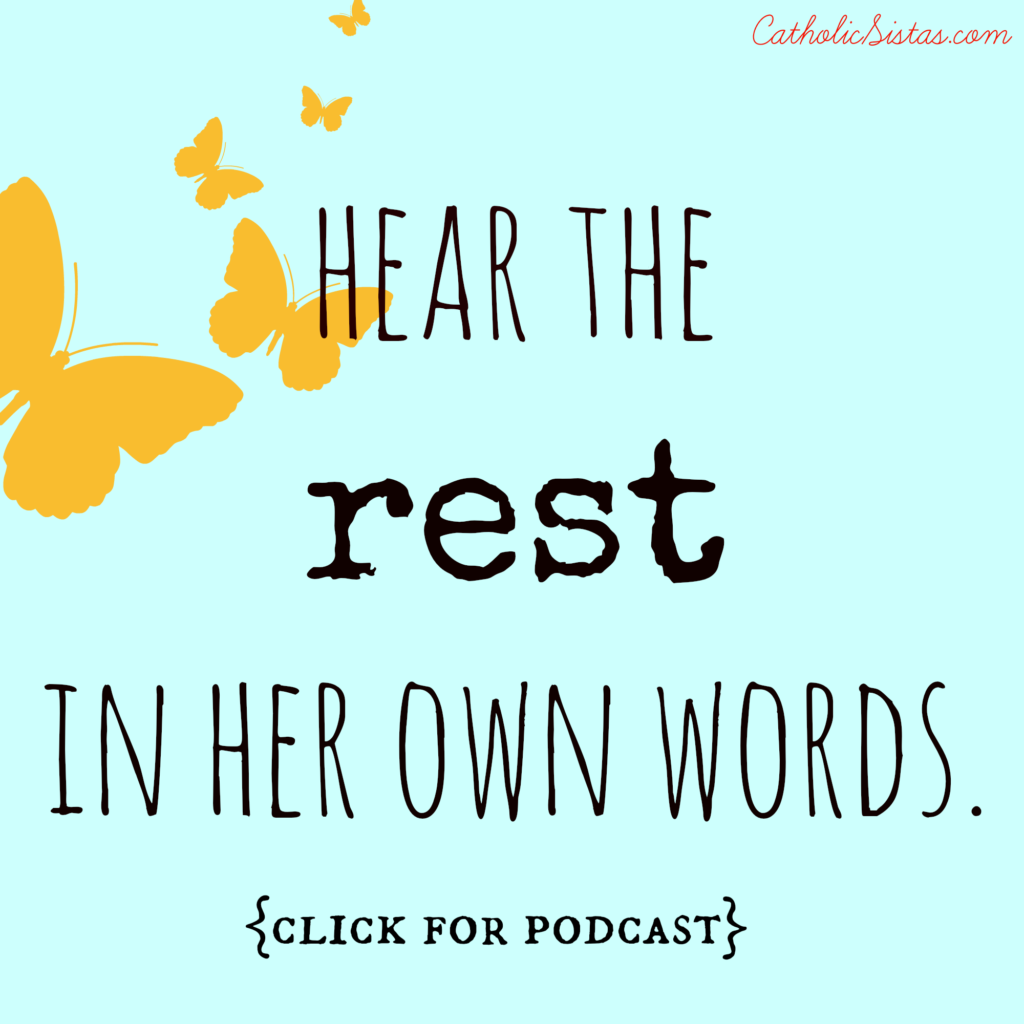 In light of the fact that November is National Adoption Awareness Month, I would like to share with you my reflection on abortion, in-vitro fertilization, and finally… adoption.

Sometimes, when we are faced with a situation that is so vastly different than what we had planned, we can be tempted to give in to acts of desperation- to seize the object of our focused attention, such as a man stealing a loaf of bread to feed his hungry family. Abortion and in-vitro fertilization (IVF) are two such acts of desperation, predominantly driven by fear.  In the case of abortion, a woman might fight such fears as, “I am scared I won’t be able to afford this child.” “I am scared I will have to try to raise this child all by myself, with no help.” “I am scared that if I have this child, I will never be able to experience the life I had imagined for myself.” Similarly, in the case of IVF, a woman might experience such anxieties as, “I am scared I will never get pregnant naturally.”  “I am scared I will end up old, childless, and lonely.” “I’m not getting any younger and I’m scared that if I don’t act now, I’ll be too old to parent a child.” Amidst all these fears, however real and true they seem to us, Scripture offers us a clearer truth to crush all of our fears…

“There is no fear in love, but perfect love drives out fear because fear has to do with punishment, and so one who fears is not yet perfect in love.” 1 John 4:18

Acting from this verse, when we finally let go of our anxieties, our plans, our will, and instead embrace God’s will, we will find a more perfect love, a deeper joy, and a lasting peace. What is a choice of love which combats the desperate decisions of abortion and in-vitro fertilization? Adoption. Through adoption, a birth mother who could have ended the life of her unborn child, makes a decision to give her child a chance at life. She focuses not on what is most convenient for herself, but what is for the greater good of this baby. Similarly, via adoption, a couple who longs for children, makes a decision to embrace a child who needs a loving home and may not otherwise have one. They choose not to utilize unethical and destructive means to become parents, but to embrace an opportunity to become a family in a way which honors the sanctity of human life.

My husband and I married in June 2007 with the hopes of having many children throughout our marriage.  After several years of trying to conceive, I learned the hard way that I am not in control. God is. Thankfully, we were taught even before our marriage why IVF is condemned by the Catholic Church and is not an ethical or valid means of achieving pregnancy.  IVF has, as its end goal, a good desire of trying to have a baby. However, the procedure is peppered with a plethora of objectively mortal sins, including but not limited to masturbation, the union of the egg and sperm outside of the marital embrace, selective reduction (a.k.a. abortion), and the indefinite freezing of embryos.  My husband and I knew and agreed that we would never use IVF to try to get pregnant. Lest you think I am looking down upon those who have used IVF, I must borrow John Bradford’s words, “There go I but for the grace of God.” I am not praising myself for my goodness, but thanking God that He has prevented me from yielding to this temptation.

With IVF out of the pregnancy picture, my husband and I attempted just about every ethical means of trying to conceive.  Time continued to pass and I continued to be un-pregnant.  Dozens of cycles, plenty of doctors visits, oodles of medication refills, a couple of Kleenex boxes, and one false positive pregnancy test later, still no bambino.  Over time, after we continued to pray for God’s will and the blessing of children, God began to work on our hearts and open us up to the idea of adoption. What at first seemed undesirable became our heartfelt longing.  In the summer of 2010, we began the adoption process.  We went to classes at the adoption agency, filled out paperwork, completed our home study, created an adoption profile which would be presented to birth mothers, and began our hopeful wait.  The first phone call we received about a birth mother who might want to look at our profile, made the decision to parent the child. Though a bit disappointed, we had been very well prepared by the agency that this is a fairly typical occurrence and that the adoption process can sometimes feel like an emotional rollercoaster.

The second phone call that we received about a birth mother who might look at our profile was “the one”.  I remember every detail of where I was and what I was doing when the call came to notify us that the birth mother, 8.5 months pregnant, had chosen our profile. I sat breathless, motionless. My brain buzzed with ideas, thoughts, and questions. What if she changes her mind? What do I still need to buy to prepare for this little one? What do I need to scratch off of my to-do list before we take this baby home? We got to meet the birth mother in person in early March.  Three weeks later, she gave birth to a beautiful, healthy baby boy. Forty-eight hours after that, we were full-time parents. He’s seven months old now, and I am still in awe of the birth mother’s selfless and generous decision, and of God’s divine power and goodness. I am not in control. God is.  In the midst of our painful infertility struggle, I never would have been able to imagine myself happily bouncing a baby boy on my knee such a short time later. It turns out that God’s plan is even better than what I could have created on my own accord. Thanks be to God! 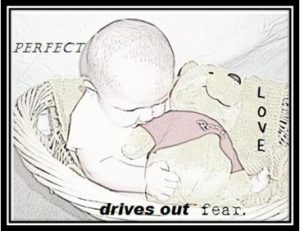