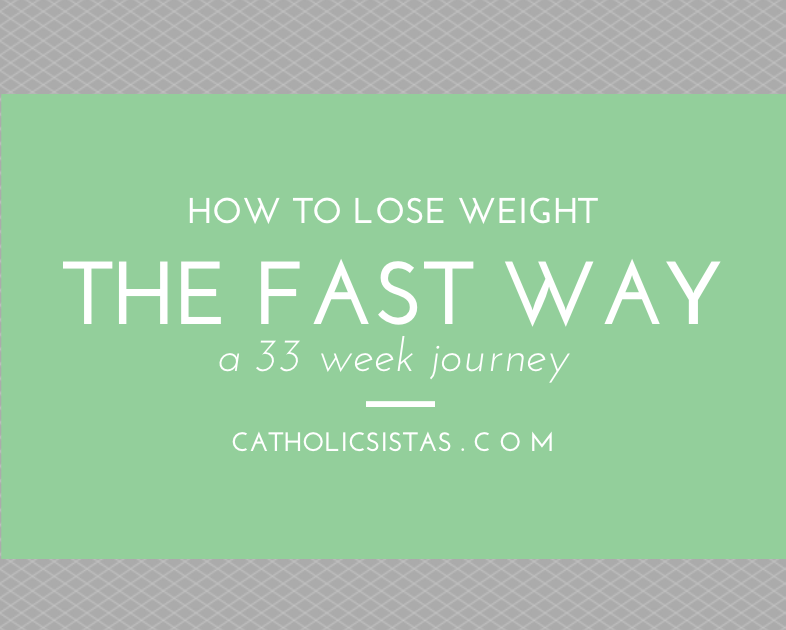 ::disclaimer:: This post is not intended to cause distress toward those who suffer from eating disorders. The title may inadvertently suggest that. What this post *IS* is geared toward spiritual fasting and the fruit that comes from that.

I’ll never forget the Thursday evening that kicked this whole thing off. I stared at the list of options on the clipboard for a spiritual bouquet. Myself, along with our entire team of Jesus Is Lord facilitators were putting the bouquet together for the program’s upcoming confessions in the church. With over 250 attendees from our Spring English program alone and combining our Spanish course as well, we were in desperate need of more confessors. The spiritual bouquet was both for our confessors and that enough brother priests would answer the call to help shower down God’s mercy on the attendees.

I remember looking at the options and thinking nope, nuh uh, don’t think so…OH! I can do THAT! I’m not sure why, but fasting jumped out at me. It was just after 7 p.m. and I had already conveniently missed dinner with the rush of getting to the parish hall to make sure things were set up. In my mind, I had the whole thing figured out. I’ll just go home, suffer and whine a bit, then go to bed…tomorrow will be somewhat harder, but I think I’ve got this. This will be easy.

The next day I was – shock of shocks – HUNGRY!! Why didn’t anyone tell me this was going to be…HARD? What’s worse is that my husband and I decided to eat our typical date-night dinner in, which meant preparing the children’s dinner and then preparing ours after they had said prayers and been sent to bed.

I wasn’t just hungry by the time we ate. I was ravenous.

As we sat down to eat and said grace, I said nothing to my husband who had no reason to suspect I had willingly starved all day. That first bite of food was INCREDIBLE. Seasonings, spices, and the overall flavor of the food was somehow…enhanced. It was like I noticed my food as opposed to taking it for granted.

I should mention I had absolutely no intention of going any longer than 24 hours, but as circumstances unfolded – meaning, I did not purposely seek to fast those first few days – God would reveal His challenge for me.

It wasn’t until I met with my spiritual director that following Friday that I finally mentioned the daily fasting. The first week had provided such insight and productivity that I was actually excited to continue! Instead of feeling slumped over and in pain from not eating, I tackled projects I had put off for years. I couldn’t explain this surge in energy, but I wanted to explore it more. For the time being, it would be a one-day-at-a-time commitment, but I was excited to see where it would go. After fleshing out the pros and cons during spiritual direction, I went home and told my husband, who was shocked but cautiously supportive.

And so began my journey of fasting.

Prior to the spiritual bouquet, I had not been able to take advantage of such intense fasting before due to being hypoglycemic. This means my blood sugar plummets if I don’t watch what and when I eat. I have a history of passing out – outside of church, seeing spots in the pews, feeling lightheaded and dizzy, especially during winter when you go from colder weather into buildings that are adequately warmed up. It is aggravated during pregnancy. Knowing this has prevented me from really exploring fasting. It seemed physically impossible. Only one time in 33 weeks did I experience the effects of being hypoglycemic, and due to my hyperawareness and vigilance I knew it was coming and was able to avoid the crash, praise be to God!

Because I freely chose to continue the fast, I knew I could set it up however I wanted. I prayed and asked God to let me know exactly what my daily fasting should look like. When I made the decision not to approach this with a sense of legalism, it freed my mind and heart to really focus on what God wanted me to do. For me, that meant keeping my morning coffee, thank you Jesus! I also gave myself permission to eat if I ever felt like I needed to. In those first days, I would often wait until dinner was prepared and we sat together to eat. Like most families, dinner isn’t always served at the same time and the longer I went without eating, the more    STARVED I became. From that realization, I eventually adopted my personal 3 p.m. and 5 p.m. rule. 3-5 p.m. is always the hardest time of the day. As I attuned myself toward prayer and sacrifice and suffering, I immediately felt that pull that there was someone out there who needed my 3-5 p.m. suffering specifically. And, in case you haven’t noticed, there is an overabundance of suffering out there in the world that cries out to us in which we can unite ourselves! Sometimes, God would place a specific intention, person, or situation on my heart to which I could offer that tough part of the day. Like literally, I could not shake this urge to pray and be intentional with my suffering for a specific person. Other times, I would spend time in perpetual prayer for someone from the moment I wake up. The variety by which I was able to suffer each day astonished me. Never before had I called to mind exactly how fasting could be such an intense prayer that I could offer up. I felt completely consumed and used up and so completely at peace with this seemingly small offering. My two hours a day felt like I intentionally offered something for someone else and united me to Christ’s suffering on the Cross. It was nothing short of amazing. I felt like through the fasting, I was able to obtain for a time this ability to really connect with God. I was able to hear His marching orders for my life with incredible clarity. There are really no words to describe this.

About halfway through the exercise, I counted how many weeks I had been fasting when I decided that it needed a limit. 33 weeks. Why not? As the weeks went on, I felt called to end the fast on Thursday, September 25, 2014.

IS IT FIVE O’CLOCK?

After tinkering with my discipline for a few weeks, it became evident to me that I needed a cutoff time, whether dinner was ready or not. I gave myself permission to eat once it was 5 p.m., by having a snack or eating early. Additionally, there were plenty of celebrations, birthdays, feast days, that essentially required me to eat much earlier than 5 p.m. By my own design and with God’s loving Hand, I opted to utilize a 3 p.m. break in fast for feasts such as Easter, my own birthday {I lamely celebrated with only a strawberry limeade from Sonic}, family members’ birthdays, and even being on vacation. I wasn’t trying to prove something. I just wanted to leave enough room to both enjoy the day while still offering some part of the day for suffering. It always worked itself out. God always saw it through. There were also a few days in which I was able to {unintentionally} go far beyond 5 p.m., the latest I recall close to 9 p.m. Though I would not recommend doing that very often, the acute hunger from those days were reminders from everything to offer up that suffering for a particular friend, to keeping those who suffer from starvation in mind.

I can’t even begin to explain the spiritual fruit. It was AMAZING. I saw God move mountains. I found myself looking for things to offer up versus my usual waiting for those to ask me to pray for certain things. I noticed that because I was being more proactive with my suffering, I was able to share what I had been doing with friends and family. I was humbled to be able to offer up that growly tummy for their heartaches, for their confusion, hurt, sorrow. There wasn’t much that I didn’t offer up. If I thought of it, if God placed it on my heart, or if someone who knew asked, you could bet I was making time to specifically fast for whatever was needed. Each month when I met with my spiritual director, I would give a quick report as to how things were going and whether I still felt like going.

THE GOOD, THE BAD, & THE RIDICULOUSLY UGLY

To this point, I have pretty much painted a wonderful picture of spirituality – given you all the pluses and benefits and bonuses. What I haven’t yet shared with you is that with the good came much bad and even more of the ridiculously ugly. There were plenty of days where my own personal sin wouldn’t just be reflected in the mirror – it became magnified. Venial sins came to light in a new way…God revealed behaviors of mine that, while on the surface seemed to be petty annoyances to my spiritual journey, were actually harming my ability to live in right relationship with Him.

Because a few have inquired what a typical day looked like, I went ahead and added this additional section. No, I did not eat anything all day, although as mentioned before, if I had felt like I needed to, I would have eaten. I also drank water {or soda occasionally} throughout the day and as needed. It was more of a food fast than a liquid fast. Hey, I’m human! Through this discipline, I discovered that I had an incredible amount of self control, something I never thought possible before.

I noticed that I spend a lot of time thinking about food! If you’ve ever followed our What’s For Dinner? threads on Facebook, you probably have some idea of what I’m talking about. Everything from noticing the impact of my consumption on the grocery bill, to thinking about dinner at 9 a.m. {my poor husband who is always accosted by texts from me asking what he wants for dinner at 11:30 a.m.!} and wondering what kind of deliciousness we would have that evening, I noticed how much of an impact food had on my life. I love spending time with girlfriends and hanging out with friends in general, so I loved that this particular time frame worked with eating dinners out with friends and family and didn’t much interfere with my so-called old person social life. 😉 I also observed that once I eat for the day, I am typically “done,” my energy spent. Not eating, as odd as this sounds, actually helped me get more done through the day. Eating slowed me down. Weirdness, I know.

As you read this, I am likely contemplating my first breakfast in 33 weeks. I have already been mentally and spiritually preparing myself for this day. Though my official fast has now concluded, and I look forward to eating our Saturday morning Kreitzer Family favorite of egg, sausage and croissant casserole, I still reserve the right to resume my fasting whenever I want if I feel called to continue for any specific intentions.

SOUND OFF: Have you fasted before? What spiritual fruit did you experience? 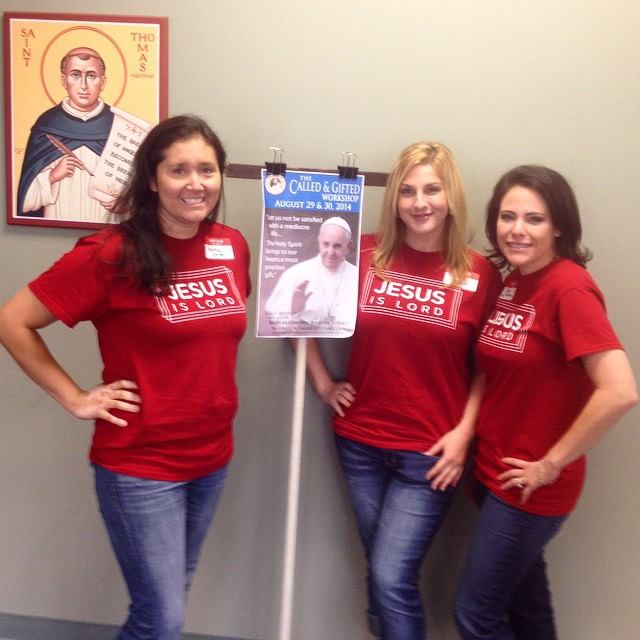