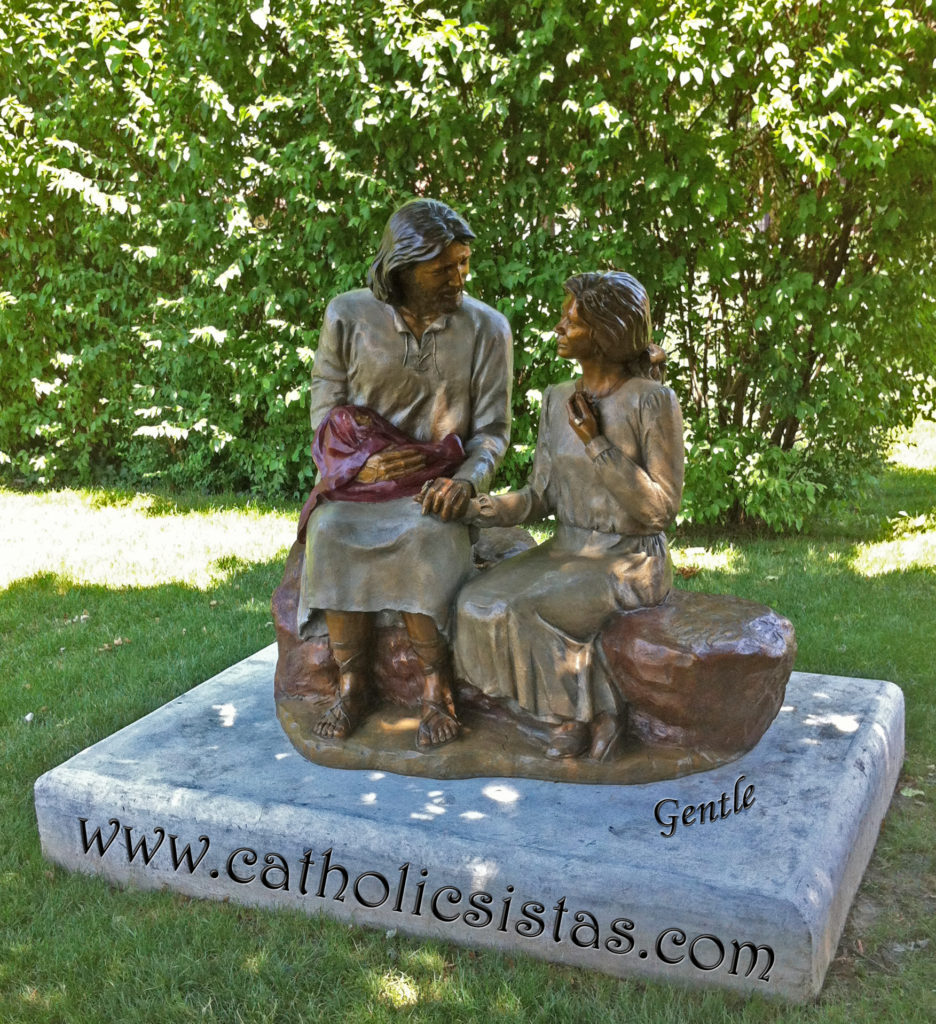 One of our favorite movies is “The Princess Bride.”  In one of the scenes, the main character has just come back from the (mostly) dead.  His true love kisses him, and he says, “Gently!”  Unromantically in his love’s opinion…. But, you know, he had been mostly dead all day and was sore.  This scene runs through my mind any time I hear the word “gentle.”

My younger son has a book called, Press Here.  It’s an interactive book with dots that give the reader directions.  “Press the yellow dot. Gentle now” it reads on one page.  Gentle is a word we often use with little children.  It keeps popping up around me right now.  Yesterday, we were at a class picnic.  My two youngest found two little ones the same age.  My one-year old wanted to hug the other little girl (only one day apart!) but kept knocking her over.  She has not learned the concept of “Gentle” yet.

As I was reading my daily devotions, time and again I was being encouraged to be gentle.  Gentle with my children, my spouse, anyone else I come into contact with, and especially myself.

As you can see, the word gentle has been coming up around me often lately.  Myself?  That’s another story altogether.  I will stew over a mistake or a missed opportunity at gentleness with others or a harsh word for days, contemplating how much better I could have or should have handled the situation.  I expect near perfection.  We need to be good examples after all, right?

I’m not very good at being gentle.  At times, the one-year old could probably teach me a thing or two, to be honest.  I can draw myself in and be gentle to those around me.  I know how to take a deep breath and slow down with the kids.  It sometimes happens a second or two later than it should, but I am capable of being gentle.

However, Jesus offers us Grace.  He offers us forgiveness and peace in Him.  He doesn’t expect or even want perfection or near perfection.  Beating myself up mentally, stewing and replaying conversations I wish I handled differently is not how Jesus wants me to be.

He wants us to come to Him.  He doesn’t tire in forgiving.  Asking for forgiveness tires people out.  As many times as we come back, He will forgive, extend His arms, and envelope us with His Grace and Peace.

In order for me to receive His forgiveness, I must be gentle with myself.  I must forgive myself.  I need to learn and try again.  Making a mistake is not an excuse to dwell in the past or to give up.

Forgiving myself is the first step to receiving God’s never ending flow of grace.  How I want to accept the Grace He pours into my soul!

“Or what woman having ten coins and losing one would not light a lamp and sweep the house, searching carefully until she finds it? And when she does find it, she calls together her friends and neighbors and says to them, ‘Rejoice with me because I have found the coin that I lost.’  In just the same way, I tell you, there will be rejoicing among the angels of God over one sinner who repents.”  Luke 15:7-10