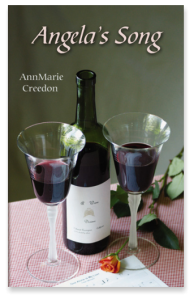 In October of 2012 our very own AnnMarie Creedon published her first novel with Full Quiver Publishing entitled, Angela’s Song.  A compelling novel about a young widowed mother of three who is trying to live her life in a way that she doesn’t have to confront the problems that were within her marriage and that were unable to be healed before her husband died.   She meets a man, Jack, who challenges her to not only face those issues that are holding her back but he helps her begin to open her heart once again to love.  What transpires between to the two is a story of hope, healing, love, and faith.

I was blessed to be able to interview my friend and fellow Catholic Sistas contributor AnnMarie about her new book.

Did you always have it in your mind to write a book directed towards Catholics?  No.  Last January, I woke up in the middle of the night with a scene in my head, of a woman confessing to a priest that she kissed a man, and then slapped him.  I couldn’t get the scene out of my head.  So, I began to ask myself why she would do this.  Who was she?  Who was he?  That excerpt is on the back cover of my novel and I wrote the rest of the book around it.

I have, however, always wondered why some of my favorite authors include characters in their stories that are identified as Catholics, yet completely disregard church teaching.  I know we all sin and we all make mistakes and I tried to reflect that in Angela’s Song; but it does irritate me that the popular Catholic authors create characters that are cafeteria Catholics at best.

What inspired you to write about a widow? I wanted to be able to show two facets of a romantic relationship; one secular and one Christ-centered.  Having Angela be a widow was helpful in comparing and contrasting both scenarios.

Why was it important to you to write about chastity within relationships?  Church teaching on sex, love and marriage is so beautiful that I wanted to share it in a way that was not academic; to simply write a story that involved Catholics living their lives the way they should.

I was brought up in the 80’s–The Me Decade– in a very liberal part of the country and girls in my generation were spoon fed false ideas regarding our femininity and sexuality.  A woman’s value does not come from whether or not she’s having sex with a guy.  She has inherent dignity and worth that comes from God.  When girls aren’t taught this, they tend to seek validation from men, particularly in the form of sex outside of marriage.

I wanted to write a story in which the woman finds deep fulfillment within a sacramental relationship.  My hope is that the reader will say, “I want this and I know I can have it,” and then go for it.

Why don’t you think there are more books showing how blessed relationships can be when chastity is emphasized?  I think people are afraid to admit that remaining chaste is healthy.  We all have been told by many different sources that we can ‘have it all.’  So putting off a physical relationship is, I think, frightening for some people.  They’re afraid of missing something, of losing out on something.  Yet, the benefits gained by remaining chaste until marriage (and within marriage) are immeasurable.  I suspect that authors are afraid that their books won’t sell if there is no sex in them, or at least the idea that the main characters are having sex.  But there is a new wave of authors out there who are writing novels with characters who follow church teaching.  Ellen Gable, Val Bianco, Therese Heckencamp and Erin Cupp come to mind.

I also admire Suzanne Collins.  Her characters couldn’t possibly identify as Catholic, living in the dystopian society of Panem, but, throughout the Hunger Games, themes of self-sacrifice, chastity and even scenarios which invoke imagery of the Eucharist and the Holy Spirit come through.  So, it is possible to write a commercially successful story in which the characters remain chaste.

What role do you believe chastity and respecting our mates before marriage plays in creating a lasting marriage/relationship later on?  I think it’s incredibly important to save the physical aspect of a relationship until there is a marriage covenant.  Three years ago my husband and I, who, in our youth did not follow church teaching regarding marriage, were ready to throw in the towel.  We realized that we had no idea what love was and were both extremely dissatisfied with our lives.  That’s when we decided to read up on church teaching regarding love and marriage.  Reading books on Theology of the Body, particularly by Christopher West and Greg Popcak; also Love and Responsibility by Karol Wojtyla (who became Pope JPII) made a huge difference in our marriage and in our lives.  Today I can say that we both know and understand what love is and have a very happy and healthy relationship.  Our whole family has benefitted from the changes we’ve made.  God is good.

If there was one message you could impress upon your audience, what would that message be?  Don’t be afraid to trust God.  There’s that old corny saying, “Let go and let God,” that we’ve all heard a million times, but it’s true.  Relinquish some control over your life and allow God to work in it.  Step back and see what He has in store for you.  I’d bet it will be something so much more amazing than you could have carefully planned and executed on your own.

Do you plan to write more about Angela and Jack? Absolutely!  I don’t want to give away too many details, but I will say that if you think Angela put Jack through the ringer in Angela’s Song, just wait till the sequel…

What is your next project shaping up to look like?  The working title of my next novel is Finding Rita.  I’m about 3/4 done with it.  This project tackles the topics of sex addiction and sexual trauma.  The research I’m doing for this novel has been heartbreaking.  I’m trying to balance the subject matter with pop culture and also some humor, much like I did in Angela’s Song. I’m hoping that, when it’s done, Finding Rita will give those people who have suffered abuse at the hands of others, some hope for the future.

Would you consider writing Catholic juvenile fiction?  I would love to be able to write for a teen audience, but I haven’t had any plot ideas!  In the meantime, I’ll keep reading Therese Heckencamp, who is an excellent Catholic author who writes mysteries for teens/young adults.  My own teens enjoy her work, as well as that of Regina Doman.  Maybe in the future I’ll try my hand at this genre, but right now I feel called to write about love and marriage.

We here at Catholic Sistas are not only so excited for our fellow writer and close friend but we are proud and deeply moved by how AnnMarie is able to capture the importance of our Catholic faith as the cornerstone of marriage and love.

will be FREE tomorrow, January 15 and Wednesday, January 16.

But WAIT! That’s not all!

leave a comment below and we’ll choose ONE winner.

**The contest is now closed and a winner has been determined – Jenifer!** 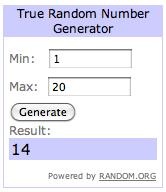