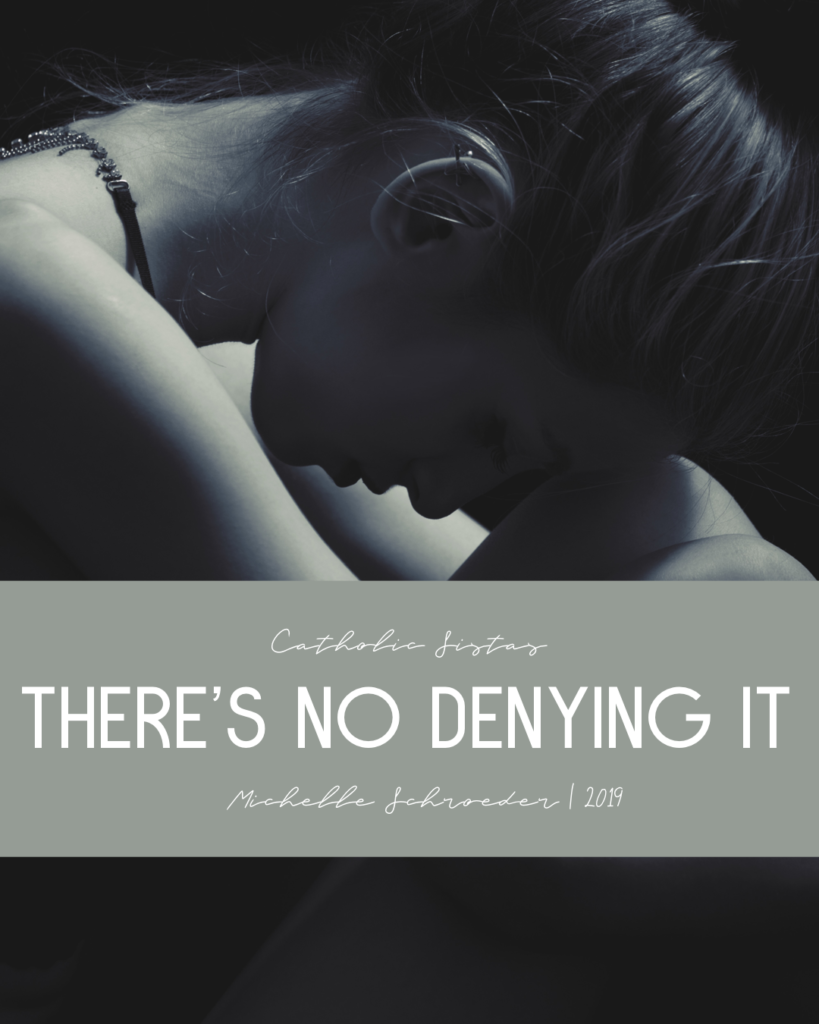 There are moments when we say or do something hurtful to those we love. We’re not proud of these moments, we may be filled with regret and remorse and yet these mistakes happen again and again throughout our lives. Even though it’s frustrating and disheartening, It’s part of our human condition. And if you’re on the receiving end of these hurtful words or actions, it really stinks.  We feel hurt, sad and maybe even a little angry when someone we love answers us angrily when we ask a simple question or blows us off when we’re upset about something. Sometimes, when I’m on the receiving end of hurt, I am able to forgive quickly. Other times, I carry that hurt around for a while, feeling sorry for myself.

Whether you’re on the receiving end or the dishing it out side, the story of Peter’s denial of Jesus can help you through it. Poor Peter, he wanted so badly to be a really great friend and disciple and yet the gospels are filled with gaffes he commits. But Jesus never let those mistakes disqualify Peter. Despite all of his missteps, Jesus still chose Peter to be the rock on which His church would be built. One incident could have changed all that. On the night of His agony, when Jesus was arrested, Peter made what could have been a fatal error. Even though he had promised Jesus that he wouldn’t run away when Jesus told the twelve that they would all desert Him. Even though Peter protested at the very thought of the notion that he would be like the others and flee, his biggest mistake was just hours away.

While awaiting the verdict that the was to be handed down regarding Jesus, Peter denied him in three separate exchanges. He had three chances and he blew every one of them. Peter had spent three years at the side of Jesus as his friend and his student. They traveled together, shared meals and prayed. Peter knew that Jesus had plans for him to lead the charge after the Ascension. Despite all of that, Peter messed up. He could have been like Judas who ran off and killed himself after realizing the gravity of his sin. Peter, instead, went to the garden and sobbed. His remorse changed him. He learned from it as Jesus knew that he would. Peter’s heart was always in the right place but his emotions overcame him and he let the stress of the situation cloud his judgement. This is often what happens when we dole out hurt on someone we love. We’re truly sorry that whatever else we were experiencing in life in that moment caused us to say or do something regrettable.

This story also obviously contains a powerful reminder about how we should act if we’re on the receiving end of pain. Despite the huge disappointment it must have been for his close friend, Peter, to have done this to him it didn’t change the fact that Peter was still the one Jesus wanted to lead the church. Jesus didn’t change the plan and put someone else in that place. He forgave Peter even though the denial could have easily been classified as unforgiveable. If Jesus can forgive that, I guess I need to forgive every snarky comment that may be thrown my way.

We’re all going to hurt people we love and we’re all going to be hurt by people we love. That’s life. Let’s pray that whichever role we’re in at the time, we can look to Jesus and St. Peter. Not only does their experience guide us to know what we need to do but it also gives us great comfort. If their relationship can survive Peter’s denial, there’s certainly hope that we can mend our injured relationships as well.