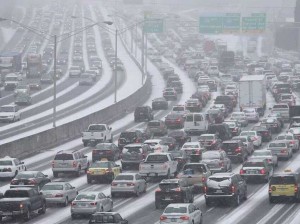 If you have watched the news recently you have probably seen the terrible events of “Snow Jam 2014” unfold.  The City of Atlanta, Georgia (and much of the entire Southeast) was brought to a standstill on Tuesday, January 28th all the way into Thursday the 30th because of snow and ice that descended quickly into the area.  Snow and ice, while not completely unheard of, is not a regular occurrence in the Southeast.  We are accustomed to much more mild winters than most of the country normally endures.  When nature does come calling in the winter we are often left unprepared for what she has in store for us.  Sure we run to the store for bread and milk, but by and large most of us do not know how to drive in the snow, don’t have chains for our tires, a car packed for winter, or perhaps even proper clothes for cold conditions.  Combine our own personal lack of preparation with poor planning on the part of government officials and well, you have a recipe for disaster… and disaster happened. 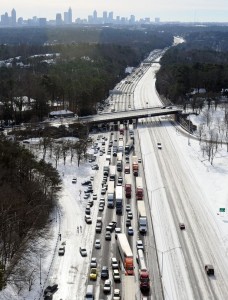 Thankfully, as a police officer, my husband is almost always prepared.  I was out that day and he made sure I was able to get home safely.  We listened to his scanner on the way home to the chaos that was happening around us- even this far outside of Atlanta… jack-knifed semi-trucks, car wrecks, a car engulfed in flames, people sliding off the roads.  There were not enough public safety workers to take all the calls. We prayed and we worried and we hoped we could make it all the way home to our children.  We were lucky.  The 25 minute ride took only 3 hours. We left early enough and weren’t faced with having to go through Atlanta.  Many of our friends were not so lucky.  Those who had to travel into or around Atlanta did not fare so well.  Many ended up trapped in their vehicles on the interstates and side roads, some with no food or water and no clothes which would allow them to walk to safety once the storms were so bad that traffic could no longer move.  There were children trapped at schools and worse yet on buses. It was incomprehensible. The pictures we would see comparing Atlanta to the popular show “The Walking Dead” were pretty accurate- cars abandoned, the roads impassable, people left without a place to go.  It was hard to know that as we sat warmly in our home there was nothing we could do to help.

We have heard all the arguments about who is to blame for this massive failure to keep people safe during the threat of bad weather.  We know that now our local governments are preparing to make changes so something of this magnitude won’t ever occur again.  Perhaps we ourselves are now making changes so that we can insure our safety when and if we ever find ourselves in a similar situation.  It seems the terrible things that happened that day will just be a blip in our past, a horrible memory of a long, snowy day.  I hope not.  I hope we never forget the lessons learned from these terrible days.  I’m not talking about the lessons to drive slowly, carry food and water, give yourself extra time to travel… no, while those are important, I don’t think they are the most important lessons we all learned.  I think that many of us learned something far more important during Snow Jam 2014. 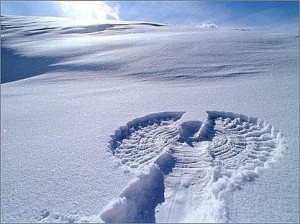 On Tuesday, and the days that followed, we would begin to hear stories of heroism, courage, and fortitude.  People were going above and beyond the call to help each other- a Sandy Springs police officer helping a couple give birth to their new daughter while stranded on the interstate; stores opening their doors all night for travelers to have a warm place to stay for the night- feeding them, giving the blankets, taking care of their needs; strangers allowing people to stay in their homes so travelers could be safe; a neurosurgeon in Alabama walking 6 miles in the snow and ice to the hospital to perform emergency surgery to save a life; people trapped in cars sharing food and water; a man leaving the safety of his home to rescue his brother-in-law who had been trapped for over 22 hours in his car; a hotel manager giving up a room he had reserved for himself so that a young couple and their baby who had just had surgery wouldn’t have to sleep on the floor of the hotel lobby; people paying for hotels rooms for others who were unable to afford a room on their own; good Samaritans handing out food on the side of the roads for stranded motorists.   Likewise, for those of us not trapped but still stuck at home we have seen our neighbors coming together to provide for each other’s needs, reaching out to one another to make sure those around us are safe.  We have heard so many stories of hope and of the goodness in our fellow man!  These are the lessons we need to remember! 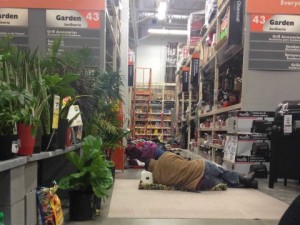 Many people will look back on this time in our local history and only see what went wrong.  I propose that we look on this time to see what went right. God made His presence known in a very big way.  His love shone through so many people and in ways we never would have guessed He would use.  I’m sure most of us would not look to Home Depot to see God and yet in the middle of a crisis there He was amid the rows of lumber and paint supplies.  We didn’t expect Him to be on the side of the road handing out food and water to stranded motorist, and yet there He was.  I’m positive we never expected to see Him on the buses with our children and yet He was there with the bus drivers and teachers who kept so many children safe.  God took the time to work through so many people! 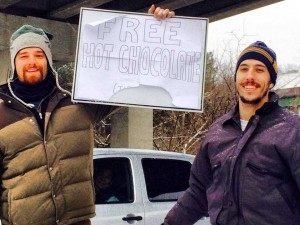 We know that God is always with us.  He surrounds us in everything we do.  However, many of us have become jaded and only see the dark side of our society, the side that turns from God.  We don’t look at where God is making His presence known. We don’t see Him in the ordinary, everyday happenings of life.  We take for granted the good we see and only focus on the negative.  I think God took this week to turn a terrible event into something to renew our faith and our hope.  His love was evident in so many ways and in so many people.  We can remember this time as a complete failure on the part of so many or we can remember it as a victory for God.  I choose to remember it as a victory!

Each day we are given the opportunity to be God’s light in the world.  We saw God’s light shining brightly here in the Southeast over the last week.  I am proud to know there were so many people who rose to the occasion and allowed God to work through them.  I pray that we never forget this lesson we learned.  God can take any situation and bring good from it.  He brings out the best in us when we allow Him to do so.  Paul reminds us in Philippians 1:6 “For I am confident of this very thing, that He who began a good work in you will perfect it until the day of Christ Jesus.”  God wants to work through us.  He desires our help in bringing His love and His word to the world.  We only need to say “Yes, Lord, work through me!” 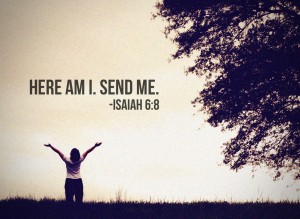