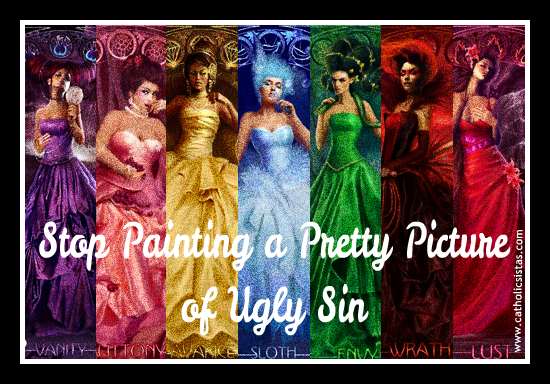 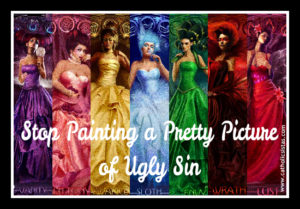 On May 8th, 1982, I received the Holy Sacrament of Holy Communion, just two weeks after my First Confession. For some odd reason, I don’t even remember the first time I went to Confession as a small eight year old. It really took about 20 years for a transformation to take place in me regarding this beautiful Sacrament.

Prior to that, when I thought of going to Confession, I cringed at the idea. Then I’d come up with all of the possible excuses why I didn’t really need to go. I mean I hadn’t killed anyone, right? So I, like many Catholics, avoided the Confessional.

Don’t get me wrong. If I was on a retreat, yeah I would go…if there was a Penance Service before Lent or Advent, sure not a problem. But other than that, I really didn’t understand or see a reason for going more than the “required” amount. I was a minimalist Catholic!

One day my eyes were opened and I saw Confession in a new light. My then-fiance told me that he, a convert, went to Confession on a weekly basis.

“WHAT?! What’s wrong with you? You don’t need to go weekly!” I said to him quickly. I was thinking, “This poor guy is confused and thinks that he needs to go weekly. Oh my!”

“What can you possibly do to sin that much? I mean is there something I don’t know about you?” I asked, as I thought the worst of him, sinning in the process.

But he simply answered, “No, quite the opposite. Going to Confession weekly keeps me on a straight path. Think of it as preventive medicine,” he wisely replied. I stayed silent as I thought, “Maybe this convert is on to something here, hmmm…”

It really left me thinking.

Twenty years after my First Confession, I had the most amazing experience. My fiance asked if I wanted to go with him to Confession. I said, “Sure,” not wanting him to change his mind about our engagement because I was a heathen or something. So I went, and oh boy, was I not prepared for the next thing that happened.

We decided I would go in first because Peter said he wanted more time to prepare for his Confession. Prepare? What on earth? Don’t you know what you did since last Saturday? Ok,  Alessandra, you’re sinning again, so just shut up!

I slowly opened the door and looked up at the little sign on the door that read: “Father Dowgiert.” I then looked back at my darling fiance and smiled, then gulped. I didn’t know this priest and hadn’t been to Confession with him before.

I walked in and saw that there was only a kneeling option, so I knelt behind a screen. I had done it before to test it out, but kneeling had never been “forced” on me. I started, “Forgive me Father, for I have sinned it has been X months since my last confession. Since then, I have offended God by blah, blah, and blah (insert pretty word for the sin at each blah).”

A deep voice on the other side, in broken English says, “You have not told me your sins!”

WHAT? I just did! Okay, maybe he didn’t understand me, as he sounds like a foreigner.

So I started again. “I have offended God by blah, blah, and blah.”

“Father?” I asked. A deep voice on the other side, in broken English says again, “Dear child, you have still not told me your sins!”

NOW I was starting to sweat! I mean, come on, I’ve done this so many times! At least 20 times the two appropriate times, so I’ve been to Confession at least 40 times in the past 20 years. I’m a pro by now, right?

I could come up with so many “pretty words” for the real words listed above, but that was not what Father wanted. He wanted me to look at my sins head on and face them. To stop painting a pretty picture of ugly sins.

My whole body was shaking. I didn’t want to say these words, these ugly words. Why? Simply because they were made real to me if I used the disgusting word and using the pretty word embellished a sin for me.

I closed my eyes and said the words. I can’t even remember what they were now, but I remember using the UGLY words for the sins I had committed.

Then Father says, “Ah! Now you have told me yours sins!” and went on and counseled me on how to avoid these and what to do instead. Then he gave me my penance.

By now I was in tears. I felt these sins were exposed, naked, out in the open. There they were and here was Father on the other side of that wooden wall and screen helping me, advising me how to avoid doing this again. I was crying a river by now, my sleeves catching my tears!

He finally gave me absolution, concluding with three loud knocks on the wood panel my head was so close to:

Each knock made my body shake even more. Three? I thought “Father, Son, Holy Ghost!” I had never, ever, seen or heard a priest do that before or since. It was scary, terrifying almost, but at the same time…healing. The loudness made me think about and realize God’s amazing POWER.

I finally was able to get out the words, “Thank you, Father,” with a crackling voice. You know, the one hard to find when you have a knot in your throat from crying so much? I regained my composure and as I found the strength to get up, was surprised to feel light as a feather.

I felt lighter. The sins that had tarred my soul for so long had been shed. I felt like such great burdens had been lifted from me. And it had. Father Dowgiert and my future husband had helped me to know real Confession and the real truth of my sins.

I walked out and looked at Peter. How long had I been in there? I didn’t have a clue…maybe 10 minutes? (It was more like 20.) I had lost track of time and space while in that wooden box. Peter mouthed, “are you okay?” (Just imagine how pink and wet my face was) and I nodded my head and turned towards the tabernacle.

I wanted to crawl to Him. I felt so forgiven, so clean, so new! The slate had been wiped clean again! (Teachers, think shiny, clean, super white dry erase boards, the ones you don’t want anyone to write on again because they look new again. That’s how my soul felt.) Thank you, Jesus, for dying for me and rising again in three days. I wanted to shout, THANK YOU, LORD! But then again, I wanted silence. I wanted Peter to take forever to come out because I wanted to be alone with Jesus and just soak it all in,

Shortly after, Peter was done and came over to check on me. “You okay?” he whispered. I smiled (I was still crying, now tears of joy). “Yes,” I said, then put my finger on my lips asking for silence. Peter had spent the past four years of his life in a Polish parish, with three older Polish priests, so Confession hadn’t fazed him. He looked at me and said, “Hmm. Polish priest. That was great. Just like home, including the knocks.”

Now it was my turn to know what it really felt like to go to Confession. That day, it felt like the first real confession I had ever had. Years later, I remember it like it was yesterday. Minus the sins–I received such complete healing that day that I totally forgot them. I would have stayed there all night if I could. I wanted to enjoy that moment because for the first time I realized the richness of this beautiful Sacrament. For the first time, I knew the greatness of God’s love for me, His forgiveness, His Mercy!

14 Replies to “Stop Painting a Pretty Picture of Ugly Sins”