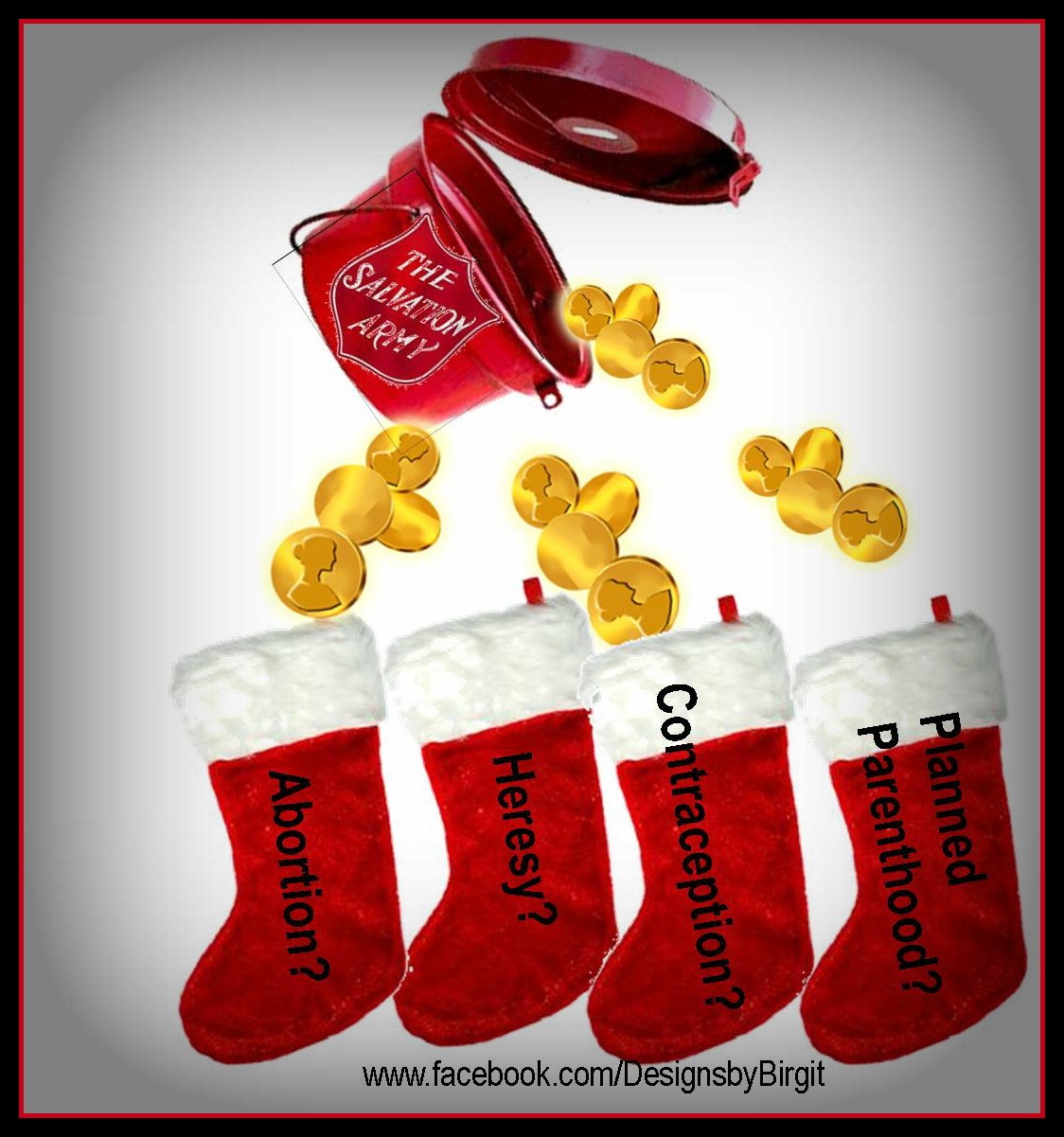 Ring-a-ling-a-ling goes the bell as stalwart souls stand in the cold, next to the familiar red kettle beseeching passersby to give alms every Advent. Looking into their faces you can see kindness and dedication to a cause in which they fervently believe. Their expression is joyful and they banter with anyone who is willing to donate to their cause – the Salvation Army (SA). Yet there is, as Paul Harvey would say, ‘the rest of the story’. Are we really free to sacrificially give and then go merrily on our way with a placated heart and soul? Not so fast!

As with any aspect of our Christian lives, it behooves us to become well catechized before we act. When we donate to a large organization it isn’t the same type of faithful giving as giving the man on the street corner your last $20 because he is hungry. That act is done out of faith – on an individual basis. Sure, you don’t know this man and he could take your gift and buy himself a bottle of cheap bourbon – but the onus is on him because you have given out of true charity and a clear conscience. When it comes to organizations, however, we have the ability – and duty – to delve a bit deeper into the mission and moral standing of the recipient. There are pertinent questions to be answered before a wholesale submission of a gift is given.

On its surface the Mission Statement of the Salvation Army, as it pertains to abortion, appears sound.

And yet, one must delve no deeper than the next paragraph to find a most disturbing addition.

“The Salvation Army recognizes tragic and perplexing circumstances that require difficult decisions regarding a pregnancy… The Salvation Army believes that termination can occur only when carrying the pregnancy further seriously threatens the life of the mother; or reliable diagnostic procedures have identified a foetal abnormality considered incompatible with survival for more than a very brief post natal period.

In addition, rape and incest are brutal acts of dominance violating women physically and emotionally. This situation represents a special case for the consideration of termination as the violation may be compounded by the continuation of the pregnancy.”

In a 2007 interview with Der Bund, General Shaw Clifton even contrasts the SA view of abortion with that of the Catholic Church in his reply to the following question:

Der Bund: You involve yourselves with questions such as abortion. I am assuming that The Salvation Army is against it?

General Clifton: That’s too simple. We are not as conservative as our catholic brothers and sisters. There are situations in which abortion is the lesser evil, for instance in cases of severe deformities of the foetus, [or] rape…

Hold on! Didn’t we just have an election where we drew the line at those very faulty exceptions? Health and life of the mother, fetal abnormalities, rape and incest were certainly sticking points for many of us as we struggled with being faithful citizens. So shouldn’t our charitable giving elicit equivalent care? After all, here’s an issue of which we have total control. No one is voting to force you to give against your will – the object of your charity is completely up to your informed discretion.

A connection to Planned Parenthood 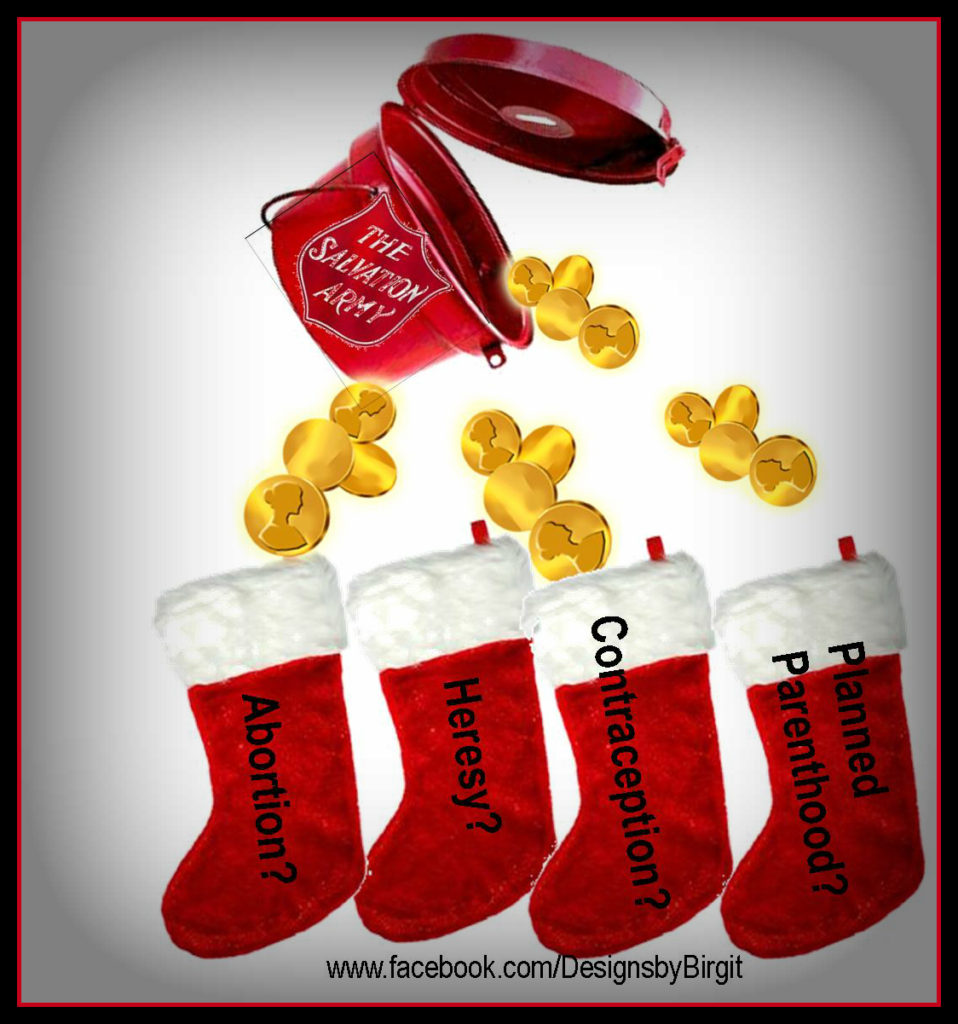 Life Decisions International (LDI), a pro-life watchdog organization, keeps the pro-life community informed of companies and organizations that support the culture of death through direct donations to Planned Parenthood (PP) and support abortion through other means. For a fee, one can purchase their complete list of those organizations with habitual connections to PP. LDI also has an expanded “Dishonorable Mention” section detailing charitable groups that are associated with Planned Parenthood either through donations or joint programs. Salvation Army appears on that listing in addition to groups such as AARP, Lions Clubs, the American Cancer Society, Camp Fire Girls Inc., Girl Scouts, Kiwanis Clubs, the March of Dimes, the Muscular Dystrophy Association, Rotary Clubs, and the Susan G. Komen Breast Cancer Foundation.

In an interview with Drew Mariani of Relevant Radio, Douglas Scott, founder of LDI also connects the “Executive Vic President of Salvation Army International with Planned Parenthood”. Further Mr. Scott says that in some locations, “Planned Parenthood offices actually share an office with the Salvation Army”. In LDI correspondence with them, the SA quickly wants to change the subject and instead highlight, “all the good we do”.

As we further peruse the SA website there is also a stated support of contraception in their international positional statement:

Yikes, yet another position not in sync with Holy Mother Church. This is getting serious!

And yet another sticking point – the Sacraments

Then there’s even more incompatibility. The SA is a heretical organization/church. Founder, William Booth, convened a “War Congress” in 1878 in which he and his followers adopted the name “Salvation Army,” with the purpose of “carrying the Blood of Christ and the Fire of the Holy Ghost into every part of the world.” This might sound like a worthy direction to take but as we go on there are more problematic details to be found.

A distressing phenomenon was General Booth’s complete rejection of the Sacraments. Although for some years he continued to follow the Protestant tradition of two Sacraments – Baptism and the “Lord’s Supper”, they had a purely symbolic connotation until finally they were dispensed with altogether.  In practice, many adult recruits had never been baptized – nor was it required. In the end Booth had come to the conclusion that, not only were the Sacraments not vital – they were a mistake. Therefore, in his “Foundation Deed” he abolished the Sacraments completely. This presumptive decision was made by a man who lacked scholarship in theology or scripture yet he pitted his judgment infallibly against the teaching of all the Fathers and Tradition of the Church. 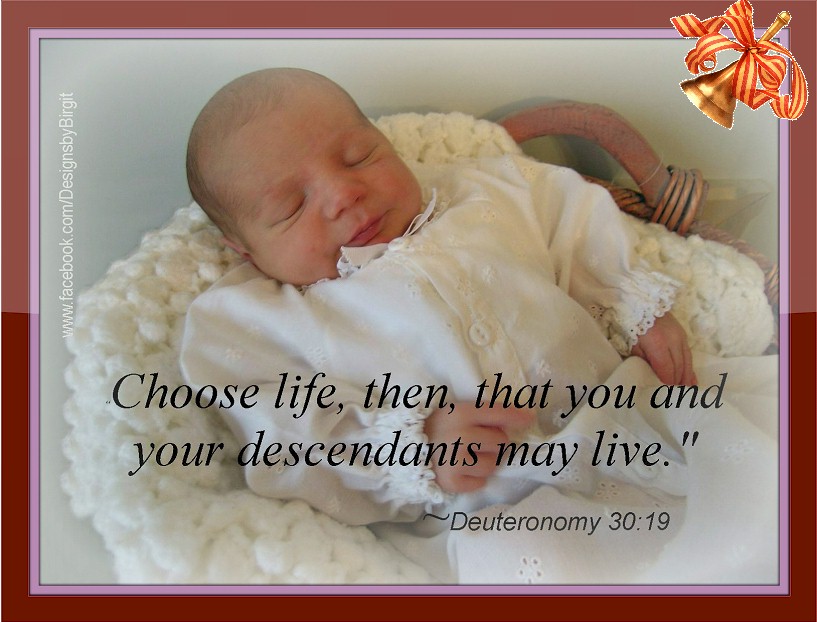 So what are we to make of this? Do the good works performed by the SA outweigh their acceptance of abortion exceptions and support of contraception? In a word, ‘no’. After all, the options for charitable giving are vast. We are easily able to find a more worthy and life-affirming recipient for our alms. Rather than giving to a sect (SA) that has little moral common ground with Holy Mother Church, perhaps our focus should go to more suitable recipients. Sunday’s Gospel from Luke told us, “He who has two coats, let him share with him who has none; and he who has food, let him do likewise.” Surely, our pastors know of local families who are in need. Perhaps a young woman in your area finds herself pregnant during this season. Pregnancy Support Centers can always use help as well. Why not give a gift to some such person or group? How about it…do you have any ideas? Please share your suggestions with us!

Might I suggest a great, ethical alternative to the Salvation Army? Cross Catholic Outreach feeds the poorest of the poor in Honduras – 94.8% of your donation goes directly to these efforts. Their support of the missionary efforts of the Catholic Church in the developing world is endorsed by more than 70 U.S. Bishops. Cross Catholic Outreach is also an affiliate of Catholic Charities. Please prayerfully consider them when you make your Advent alms-giving decisions. God bless! http://www.crosscatholic.org/