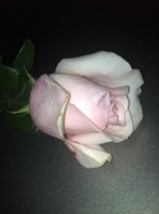 My six year old daughter and I make potpourri.  It was never a planned craft we intended, but nevertheless, it is now something we do.  We had had a bouquet of roses from a time when one usually receives roses—an anniversary, Valentine’s day, birthday; I do not remember which particular event it was, but as they shriveled, she implored me to not throw them away; they were still good,  she said.  I looked at the crusty, desiccated stems, and could not imagine why she thought them to still be good, but I placated my little girl, as mothers often do, trying to figure out just what we would do with twelve dead roses.  She decided to laboriously pull off every single petal, taking her time and holding every one up to her face, softly gliding it across her cheek before putting it down, and then, with her tiny hands, she meticulously arranged them, one by one, across the kitchen counter, because she said they looked pretty like that.  For a moment, I thought of the mess I would soon have to clean up—dead leaves and petals, the smell of the stagnant water of the vase—but only for a moment, because I realized she was right; they did look pretty like that.  I had seen this done before, in a craft book maybe—drying out flower petals to make potpourri.  We would probably have to use some kind of oil to imitate the fragrance of the flowers and in my saying so, she told me, no, they still smell pretty.  She found a red wicker basket, leftover from a Christmas gift or some such occasion, and after the petals were completely dry, she vigilantly placed them in the basket.  She said we would do this with every rose we received, and I agreed.

One particular time, we were gifted with a dozen roses— I say we, because she instantly takes ownership of every flower that enters our home—they dried out, like they always do, but she happened not to be there to perform her rose petal ritual.  Maybe it was morning and she was still asleep, or at Nana and Papa’s house, because I usually tidy up when she is not there, so it was up to me to make the potpourri.  I did as she usually does, I examined the whole bouquet, but I mourned the loss of the roses’ beauty; I pulled off each blossom, grasping it with the tips with all five fingers of my right hand, realizing she uses her left, and slowly, gently, I removed a petal lovingly, just as she does, and was about to lay it on the counter, but I was compelled to raise it to my face and caress it, just as she does, taking in the fragrance that was still there; she was right they still smelled pretty.  In an instant, I remembered the enormous rose bush in my grandmother’s front yard.  It started out as a tiny plant my family had gifted her—for an occasion in which flowers are usually gifted, Mother’s Day, birthday (my grandmother has a May birthday)—which grew to be, what seemed to me as a little girl, a massive giant with red blooms and dark green leaves.  I went back to my task of plucking petals, lamenting the loss of my grandmother to the horrible affliction that removes the mind and person of a person.  I saw how these roses were just like her—lying in her bed, not looking like the person she used to be—still beautiful, but no longer blossoming.  I continued to remove a petal at a time, noticing the deeper I delved into each blossom, the more fragrant and beautiful each petal became.  They still smelled pretty.  Despite the faded, dried out, outward appearance, every rose was still just as gorgeous as it was as when it was placed into the vase on the counter; I just had to search deeper into the heart of the bloom.  They were still good. The stench of the standing water, no longer disturbed me, and every dried petal became just as beautiful as every fresh petal, because it was clear they were all part of each other.  They still looked pretty.  At the right moment, I placed them into the same basket that held all our rose petals.

The aroma of roses filled the kitchen, as petals lay strewn across the table, as I thought of my daughter and my grandmother, and I realized that my sweet girl does not see the dried and faded; she only sees the softness of the heart of every desiccated rose, no longer the withered exterior and does not smell the acrid water, only the fragrance of the heart of every shriveled bloom.

I do believe this is the way God must see us.  We are worn and dried from age and sin and experience, but we still have softness in our hearts.  God does not see us as something to be tossed away; He sees us as still good, still pretty.  I thank God for my daughter who still perceives beauty with the innocence of childhood, and I thank God for my grandmother, a woman of intense faith and devotion, who has lost her exterior vivacity, but who is eternally beautiful in God’s eyes. 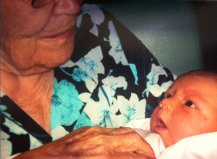 « Money Back Guarantee Babies: IVF Has Officially Reached the Bottom of the BarrelBarack Obama as Lord and Savior »