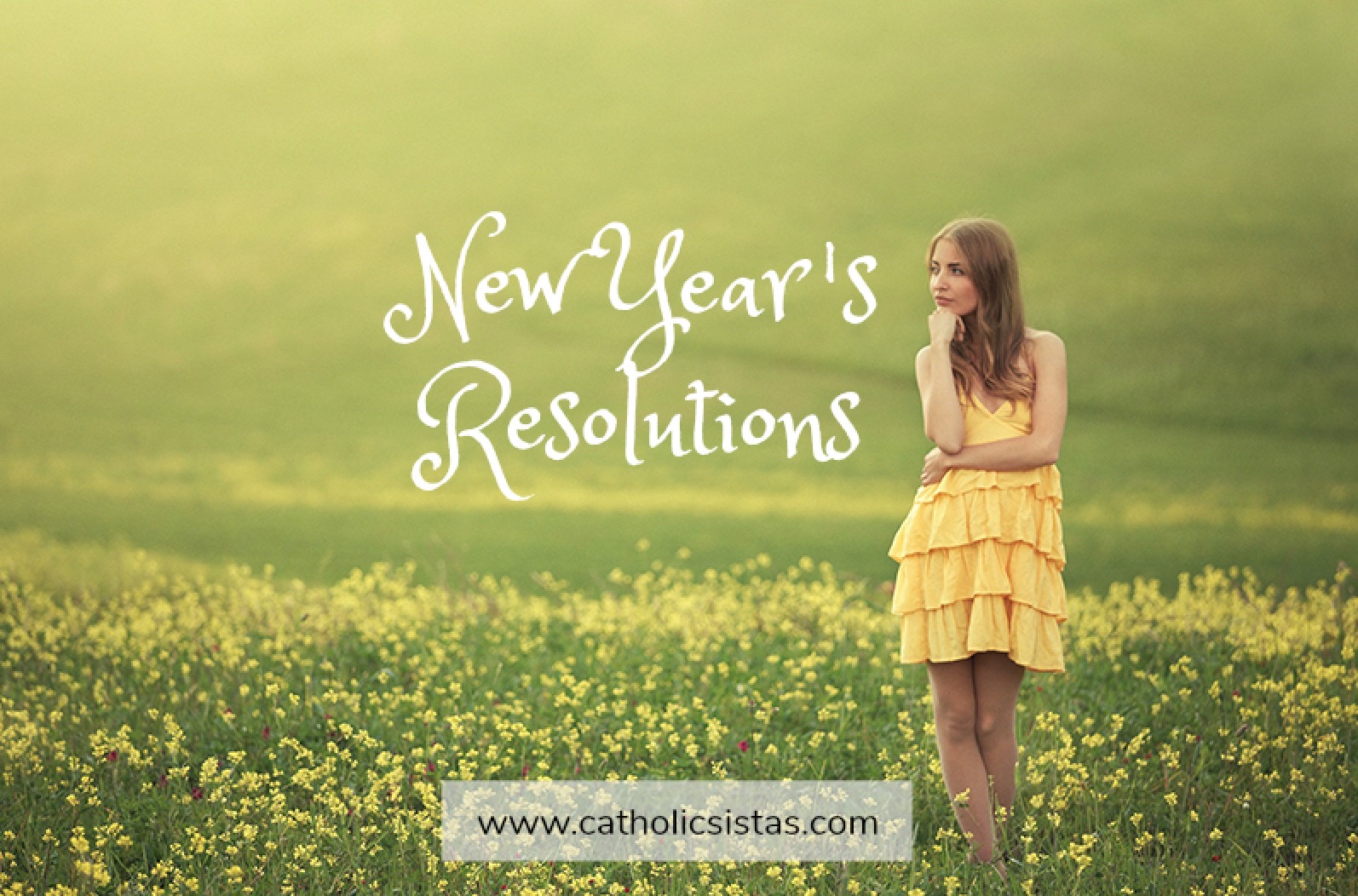 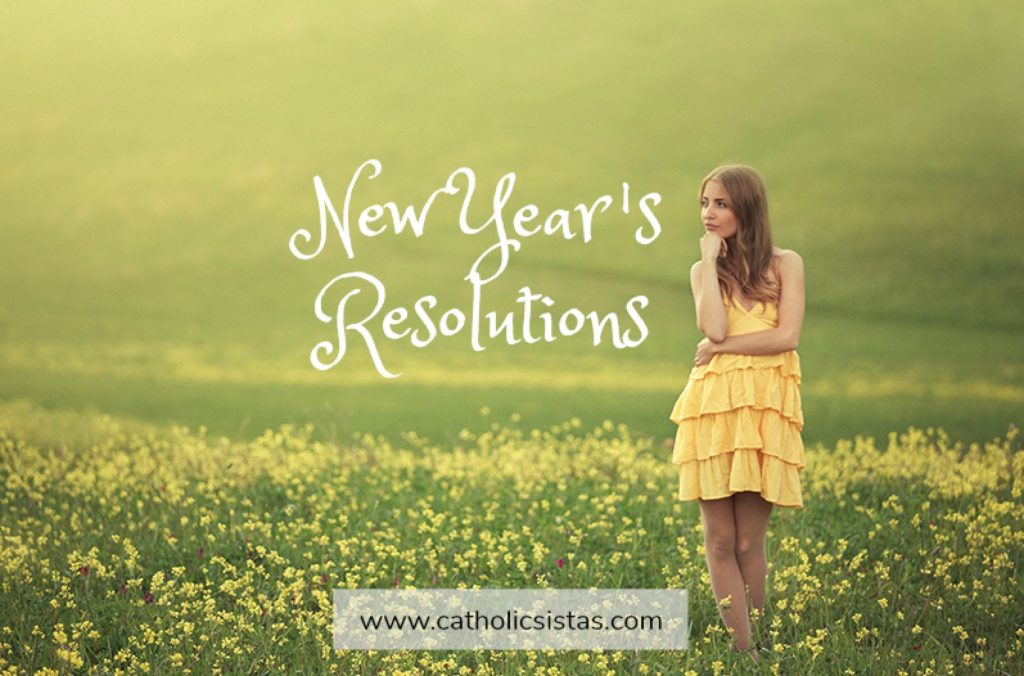 The days of December marched on, steadfastly moving forward, boldly proclaiming the finality of another year. Even before the day after Christmas had completely dawned, I could feel the annual ritual beginning to stir. I secretly braced myself for the onslaught of questioning that would soon be the unavoidable focus of conversation for several weeks to come. Only hours into my day, my unsuspecting friend with great enthusiasm quipped, “So, what’s your New Year’s resolution?” I smiled and politely responded, “I’m not sure yet,” all the while fighting the urge to launch into a long verbal dissertation on my utter disdain for New Year’s resolutions. Instead, I chose to excuse her well-intentioned question and listened with sincere interest as she eagerly told me of her plans for the coming year.

The Rub with New Year’s Resolutions

Now, don’t get me wrong. I am not saying we shouldn’t make resolutions. I think resolutions to act or not act in a certain way are essential to our growth as individuals. But I also believe our approach is grossly misguided when it comes to making New Year’s resolutions. I can’t provide any empirical evidence to confirm that belief, but my own experience and observations have led me to question our obsessiveness with this somewhat futile endeavor. For many years, I blindly followed society’s New Year’s insanity without a thought to what I was really doing. I’d conjure up the perfect resolutions and start out on January 1st with vim and vigor, only to fizzle out within weeks. Observations of those around me confirmed the same behavior. And it wasn’t just a behavior change; a significant amount of money was being spent by myself and other individuals trying to achieve these self-imposed feats of willpower and endurance. The question that began to weigh on my mind was twofold: why do we subject ourselves to such torture every year and why do we fail so miserably at staying the course?

The answers, I feel, are not as complicated as one might assume. Human behavior can be quite complex, but when we view our behavior in light of how and why we were created, the reasoning behind our actions becomes much more clear. I don’t think anyone will argue the fact that it is built into our human nature to strive to improve who we are as individuals. Just look around and the evidence is clear; self-help books and motivational talks, exercise programs and equipment, classes on virtually any topic you want to become more proficient at, etc. At the core of that desire to improve is our God-given call to holiness. Scripture is replete with verses confirming we are to seek holiness above all things: “Be holy because I am holy.” (1 Peter 1:16); “For God did not call us to impurity but to holiness.” (1 Thessalonians 4:7); “…offer your bodies as living sacrifice, holy and pleasing to God,..” (Romans 12:1), to name a few. Denying this innate call only serves to undermine our ability to grow to our fullest potential as individuals, for we were created to be images of our Creator Himself.

Our failures to achieve that which we set out to do with such resolve at the onset of a New Year are found, I believe, within that very same calling. Perfection is found only in God, and therefore only God is capable of bringing anything to perfection. As New Year’s Day crept closer and closer, I found myself resisting, even more, the nagging insistence to jump on that bandwagon of resolutions. The stark reality was that change was needed, and not just small, insignificant change. For months, I had known what those changes were, but I also knew, from previous attempts, that those changes were next to impossible for me to implement. It was exactly that mindset, however, that these were changes “I” needed to bring about, that had driven me to failure every time. 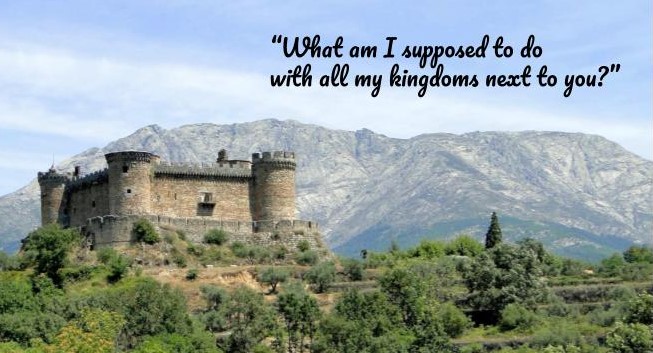 “Take Over, Lover of my Soul
Take Control
I surrender, There’s nothing I want more
Than to know you, LordWhat am I supposed to do with all my kingdoms next to you
You’re the Lord, You’re the Lord
I could gain the world and more
It’s all nothing next to you
My reward..”
(Take Over, Shane & Shane)

I was scrambling to get ready to leave for an appointment, but as the music and the words of this unfamiliar song filled my room, I found myself sitting on the edge of my bed, stunned. Those things I needed to change – those “kingdoms” I had so carefully built with stones of selfishness, pride, and vanity, were nothing. Like a queen desperately trying to defend her king in a losing game of chess, there comes a time when she realizes she is left powerless to protect him. She surrenders, and a new king reigns victorious. At that moment, who did I desire as my king? How many more battles I willing to engage in to try to protect those kingdoms? I let my heart answer; there was only one King I truly desired, the one whose kingdom I knew was everything, and I was done fighting.

I surrendered that morning. I laid down my weapons and simply asked Him to take over. New Year’s Day came and went and I didn’t make a single resolution. God was already quietly working on my heart in the shadows, stripping me of my kingdoms, one by one. Some I freely let go of, others were taken from me. But through it all, I would play that song and let the words become my prayer. And then, I would surrender again, and again, and again.

The process has not been easy, nor has it been painless. What worthwhile change ever is? I am still a work in progress, but He has accomplished more in me in the last month than I could ever have hoped to achieve on my own. As long as I “show up” everyday willing to answer the call to pursue holiness, He will continue to bring about that perfection in me with His grace and mercy. “I have the strength for everything through Him who empowers me.” (Phil 4:13)

The world doesn’t need our New Year’s resolutions, it needs our surrender. A surrender to all those kingdoms that make us less than who we are called to be; beloved kings and queens in the eternal kingdom of our Lord.

How are you surrendering to our Lord this year?