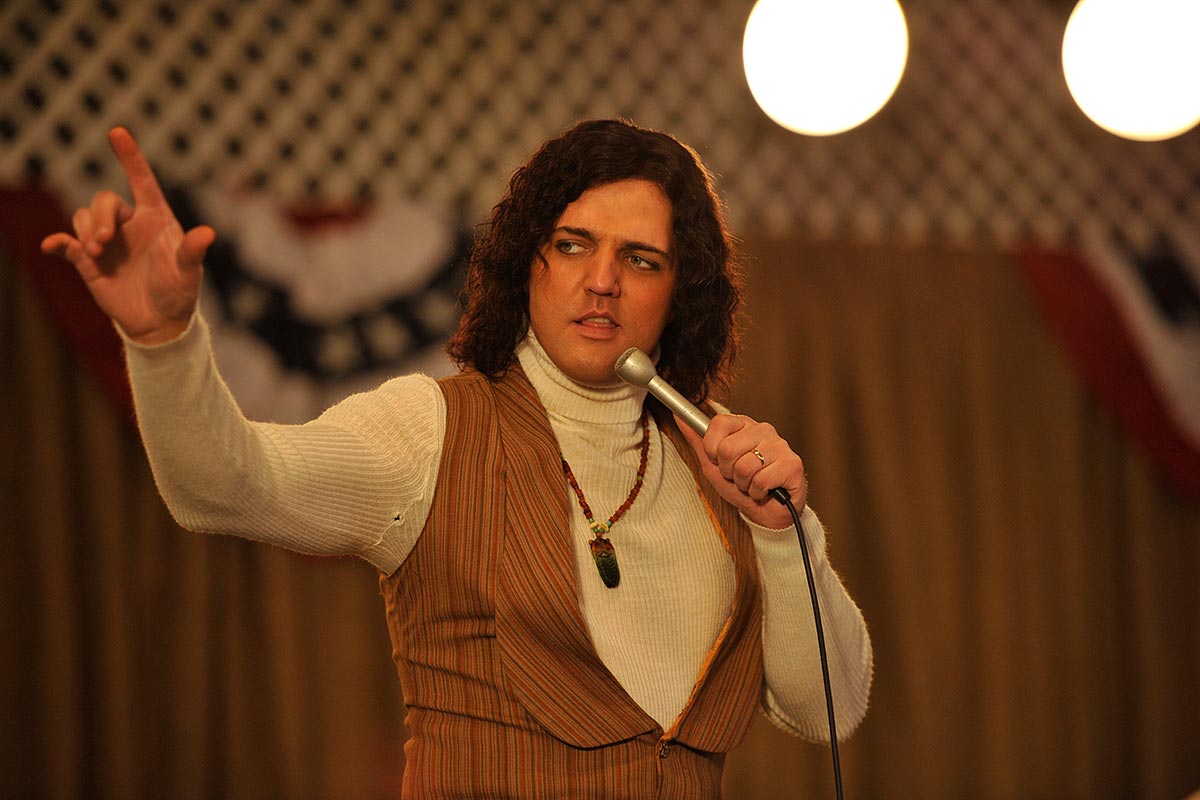 Yesterday, I enjoyed an advanced screening of The Identical, a new film by City of Peace Films. The movie stars several big-name actors, including Ray Liotta, Seth Green, and Ashley Judd.

I was intrigued by the premise of The Identical even before seeing it because my mother was an avowed Elvis Presley fan. Few people know that Elvis had a twin that died soon after birth. This fictional movie asks the question, “What if Elvis’s brother hadn’t died, but the two were actually separated at birth and grew up apart?”

The Identical begins with a young, poor, and newly married couple having twin boys during the Great Depression. Soon after their birth, the father attends a tent revival meeting where a traveling minister (Ray Liotta) asks the congregation to pray for him and his wife (Ashley Judd), whose prayers for a child have gone unanswered.

There’s a heartrending scene when the father of the twin boys tells the mother that he thinks they ought to offer one of the boys to the minister and his wife to raise. “We can barely feed ourselves,” he says. “With one child, we can just make it.” The mother violently resists, but comes to see the necessity of her husband’s proposal and agrees to adopt one of the boys out to the other couple.

I’ve rarely seen a film that treats infertility or adoption realistically. The Identical, however, captured the unspeakable agony of spirit inherent in both miscarriage and in handing your child to someone else to raise. The adoption in particular was treated sensitively and without the usual rose-colored glasses; you really sensed the profound, ongoing loss of the birth mother, as well as the humble gratitude of the adopted mother, in this movie.

The baby who stayed with his natural parents goes on to become iconic rock ‘n’ roll star, Drexel “The Dream” Hemsley, but scenes of his rising stardom are only shown to parallel and punctuate the true story, and that’s the spiritual journey of his adopted brother, Ryan Wade. Having grown up and faced down his father’s plans for him to become a preacher, too, Ryan is relentlessly drawn toward a career in music. He goes on to–ironically–work as a Drexel Hemsley impersonator called “The Identical.” Eventually he discovers his true identity, but not before spending much time and energy trying to figure out God’s unique calling for him.

The core issues of the movie–forming your identity and discovering God’s unique plan for your life–are especially likely to resonate with teens, who are dealing with these same issues for themselves. The movie is exceptionally clean, too–there’s no cursing, only one kiss (at a wedding and it’s the bride and groom), no violence, and no sexual content. The main character never devolves into damaging, sinful choices. In fact, his eschewing of alcohol during times of temptation and high stress are especially good messages for teenagers. Franciscan University of Steubenville is offering a free downloadable youth discussion guide for parents and youth ministers to use after seeing the movie.

The movie isn’t likely to break records; it’s devoid of all the sex, violence, and special effects that usually make for box office hits. But it’s a heartfelt, very human story that in many ways mirrors the quest we all are on to “find ourselves” when we become adults. The acting of Ray Liotta and Ashley Judd is splendid and I found myself tearing up at the end when the truth is revealed to Ryan about his origins.  The movie works on many levels, with its true strength being that its story can appeal to youth, parents, adoptive parents, birth parents, adopted children, siblings, Christians, and just about anyone with a dream.

If we want Hollywood to make more family-friendly films that explore real spiritual issues , then we need to support movies like The Identical. So go see the movie, which will be out in theaters on Friday. And enjoy that rare film that makes you think and whose characters aren’t ashamed to ask the most important question of all: “Who does God want me to be?”

For the trailer and more information about The Identical, visit the film’s website at http://theidenticalmovie.com/