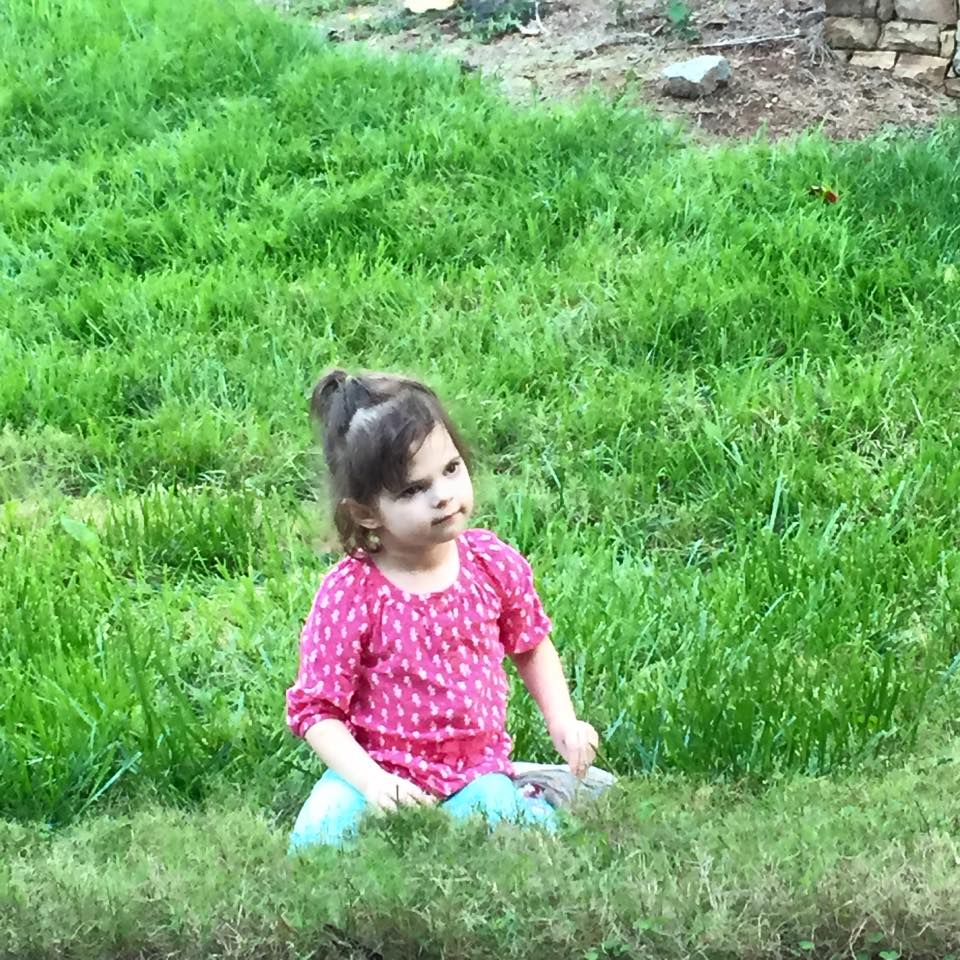 I have always been pro-life, and so when we were faced with an unexpected diagnosis with our 5th daughter at her 19 week scan, there was no question we would bring her in to this world and face her challenges along side of her.  Immediate thoughts included just keeping her alive, getting her through surgeries, and learning as much about what we were going to go through with her as possible from the medical side of things.  Now that she’s 4 years old, although there are (and always still will be) medical emergencies, surgeries and all the things we thought about the last half of her pregnancy when we tried to imagine our life with her, there is a slightly new perspective I’m gaining.

Meagan is doing well.  Her brain condition she was born with really leaves parents with a “toss up” situation.  Kids have a wide spectrum of outcomes, and often times things that happen along the way as they are growing also impact those outcomes.  Now at 4 years old, she is talking, she is up on a walker moving herself around, she loves to sing and learn and play just like other kids.  But, she is still not a typical 4 year old.  It’s hard enough with typical little ones at Mass, but with her it poses an additional challenge.

When her four older sisters were toddlers or younger, of course they went through the things we typically go through with those ages.  The squirming, the restlessness, the wanting to move, the tantrums, the frustrations, the noise making…and the list goes on.  We do our best to help them through Mass each week and help them learn, and eventually, we see these challenges subside, one at a time and we see their understanding grow and before we know it, we have our little kids sitting in Mass with us behaving “pretty well” most weeks.  It’s a process (and yes, at times, it is daunting!), but we know it’s a process and we will move on at some point when upon looking back, it seemed like the blink of an eye.

Then, there is the experience of being Meagan’s mom at Mass.  She goes through the same list as above – but – imagine that there is no process for the time being.  There is no seeing things subside over time.  And, even more challenging, there is never a clue as to what will set her off – whether it be into a frustrated tantrum, or whether it’s into joyful, albeit loud, noises that do not cease.  While I understand there can’t be screaming through Mass, it does pose a challenge to me, and other special needs moms.  We can’t tell as easily what they are soaking up, and behaviors may change over many years rather than months, or never change at all.  This is where I started thinking back to our firm decision to bring Meagan into the world despite recommendations to terminate.  That was an easy decision in hindsight.  This…. This stuff… is hard.

One Sunday while at Mass, Meagan was having a little rougher time than normal.  We had a lot of rain come in, and because of her ever changing pressure in her brain, she has a very hard time with weather shifting.  She was just frustrated, upset, and couldn’t get comfortable.  It had been a seizure-filled morning for her and that usually is never a good start to her day. (nor would it be for anyone!).  Finally after realizing there was no reaching her, I took her to the back of the church.  She seemed more content to be on her walker, but, it is very loud.  She loves to move, now that she can move, but she has little steering capability and absolutely no awareness of objects or people in her way.  She would clunk clunk clunk down the back aisle of the church, hitting the pillars, sides of the walls, or people’s feet if I wasn’t fast enough.  She was happier and more content being in Mass that way, but, she was loud.  I kept trying to steer her back down the aisle because she kept trying to go in this narrow passage to a door at the back.  The door had glass and I was trying to keep her away from potential disaster.  I would turn her around, she would freak out and turn back towards the door.  Finally after repeating this process several times, she stiffened her body and yelled “No! I go Jesus door!”  It took me aback as I had no clue what she was talking about.  But she was emphatic enough, I gave in and let her go to the door.  She pulled her walker close to the glass, put her hands on the glass, and looked inside.  She said “It’s Jesus!”  I walked over behind her and couldn’t see anything due to the reflection, but as I looked in, I realized what room it was.  It was where the Blessed Sacrament was always present – Adoration. I looked around the room, and except for a few chairs with the kneelers, there was nothing else but the tabernacle in the room.  I wondered to myself, “how did she know that was Jesus?” 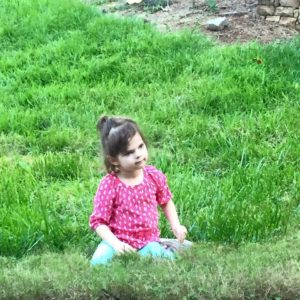 Often times, our kids pick up a lot more than we think at Mass.  I know I’m shocked by what my older four kids sometimes tell me from just hearing things over and over, but I was even more shocked by Meagan that day.  With all she has been through, we have tried to keep her close to Christ and to her Confirmation saint, Saint Gianna.  We pray the Hail Mary with her nightly, and treat her just as our other kids are treated.  But Mass has been a huge challenge.  It was so nice to see that day, that somehow, and some way, she knew Jesus was in that room.  My older children probably don’t even realize that, yet Meagan knew – she just knew His presence and wanted to be close.

Mass routine with Meagan hasn’t changed much.  She is still clunking her big leg braces between the pews, or slamming her walker in to the wall or pillars, or constantly talking not understanding how to whisper or be quiet, or on bad days arching backwards with head pain I don’t even want to imagine.  But I ask other parents, and other Catholics in general, to be patient.  To the regular eye that glances our way, it may not appear Meagan has “challenges,” and I know how sometimes we are quick to judge, especially during Mass when children are loud. We are so thankful we have such wonderful parishioners who, so far, have been extremely patient and accommodating to her and us, but we know this is not the case everywhere.  So I challenge everyone to take a breath, or even better, say a prayer, for that child that may be too loud, too awkward, too boisterous during Mass – it could be Meagan, or someone like her just trying to find their way.

My job as her mother is to bring her closer to Christ, and find her way to heaven after this life is over.  So through her clunking and awkward questions and noise, just know that by her being there in Mass, she knows Jesus.  Every week now she asks to go take her walker and stand by Jesus’ door.  And, I let her…..because that’s why we suffer through all the challenges to bring her to Mass – so she can know Jesus. And so far, I think she’s doing a pretty good job at that.  She’s helped me to see that maybe sometimes, I just need to stand in front of Jesus’ door, and enjoy His presence in my life.

Enjoy this video below of Meagan reciting part of the Hail Mary….she’s catching on 🙂