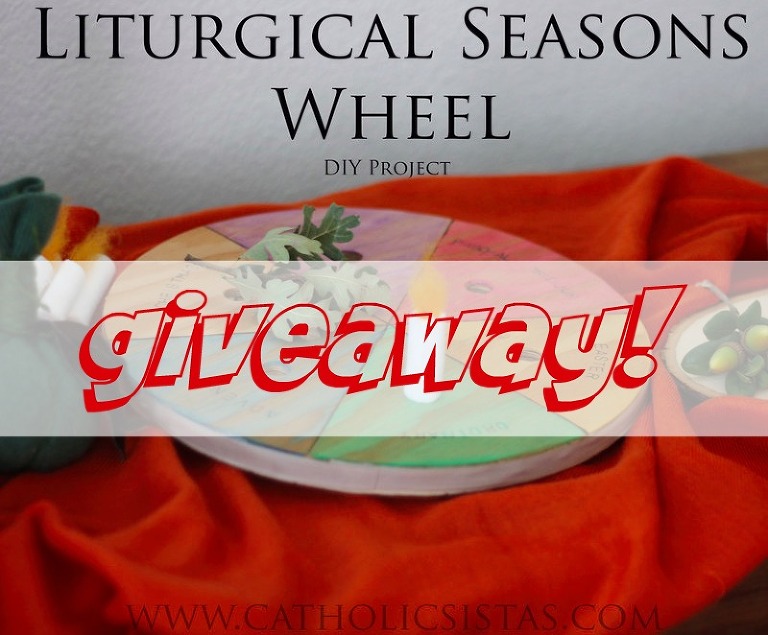 A couple of weeks ago Ink Slinger Celeste shared a craft post that included a quick video on how to make your own Liturgical Seasons Wheel. She later messaged me, saying she wanted to give that wheel away to one lucky Catholic Sistas reader – how awesome is she?! 🙂

So, how to enter? We are trying out a new giveaway site called Viral Sweep – just enter your email to get started and all your entry options will pop up. Good luck, friends!

This flash contest will end at 3 p.m. on Friday, October 23, so be sure to enter right away!