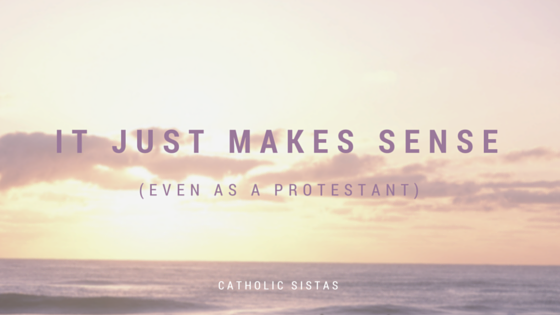 My family and I are approaching the five-year mark in the Catholic Church. While my wife may describe her experience differently, I am quite certain that the honeymoon is over.

My personality didn’t change at the Easter Vigil 2011, nor did my character radically improve. This is solid evidence that purgatory is real, because there’s a clear difference between saintly and saved.

Not that I needed any help believing in purgatory; I had long ago accepted it as a Protestant. I just didn’t call it purgatory, because it sounded bad. People who don’t know much about purgatory associate it with hell, not heaven. Plus, anything ending with those last five letters isn’t going to be an easy sell…conservatory, suppository, obligatory—they all sound bad. But needing purification after death—that has always made sense to me. It’s logical. Too bad people think the gift of purgatory is a punitive thing, though.

Four years in, I now know what “Catholic guilt” means. But I’m convinced my familiarity with the confessional is partly because we converted from Calvinism to Catholicism, and didn’t quite drop the Calvinism thing completely. My wife and I remain convinced of total depravity, not theologically, just on a gut level. You should feel sorry for us Calvinist-turned-Catholics.

Catholics with our background don’t need convincing that we’re supposed to go to confession. It just feels appropriate.

You know the good, relieved, clean feeling that comes after confession? I like that. When I first converted, the feeling lasted a few days. Post-honeymoon, it lasts for an hour or two. Pretty soon I’ll probably just exit the confessional and get back in line.

No worries, though. The long confessional lines at my parish means there’s plenty of time to accrue more to confess by the time I get back to the confessional. A friend accused me recently of simony—you know, the buying or selling of ecclesiastical privileges—because I said I’d pay to jump the lengthy confession lines. I’ve even come up with a formula of comparing how bad I’ve been to whether I can stand the line length. I probably should confess that, too.

Enough about confession. Another compelling aspect of being Catholic is the communion of saints. The border between heaven and earth seems thinner than it did before, back when death was a more decidedly one-way ticket and conversation. This, too, I was convinced of before becoming Catholic. As Calvinists, we too recited the creeds, for which I’m grateful. But I remember dutifully dismissing the Catholic-sounding aspects of the Apostle’s Creed, including the “I believe in the Holy Spirit, the holy (small-c) catholic church,” and then we’d say “the communion of saints.” I was convinced this phrase just described the small-c catholic church…comma…which is the communion of saints.

In hindsight my mental gymnastics were almost laughable. But even before we joined the Church, I knew I was wrong and that the communion of saints is not just an adjective for the Church.

The communion of saints also means that the hereafter is closer, too. Not because I’m getting older, but because the dead aren’t as far away as I thought. We pray for them; they pray for us.

I remember the first time a Catholic friend told me—years after my dad had died, but long before we converted—that she would pray for him. I looked at her funny and asked, “Why?” She explained that sanctification can occur even after death. “Huh,” I probably said.

That also seemed logical long before I became Catholic. In fact, this is a perfectly rational practice of Catholics—that of not making premature claims about who is in heaven. I always thought evangelical deathbed conversion stories were a bit optimistic about the deceased’s readiness to be in the presence of a holy God. Fortunately, at least one Protestant gets it–C.S. Lewis explains purgatory beautifully The Great Divorce.

I’ve grown more comfortable with acknowledging the grace of God and entrusting my loved ones to it. But it would wrong to declare my dad is in heaven this very moment, because I don’t know. I can’t empirically confirm it.

My Protestant mother asked a few years ago, “So, you think your dad’s not in heaven?” Talk about an awkward conversation. I responded truthfully, “Mom, relax. If he isn’t yet, he’s still in good hands.”

Another truth that resonated with my prior to conversion is the Church’s teaching on sexuality and marriage. In 2006, I was writing my first book on the relationship lives of religious teenagers. To position the topic, I wanted to include sections on what different religious traditions had to say about sex and relationships. I could write the evangelical one in my sleep and it would be about a paragraph long, because Protestantism doesn’t say a whole lot except “Wait till you’re married. Then…do whatever.” But without crystal clarity from the Bible, the back-and-forth arguments about what God’s laws are about sex and marriage is characteristic of a tradition that lacks authority.

I wrote a Mormon friend for with the LDS section. Then I came to the Catholic section.

“Catholics…OK…they’re the ones against birth control. I should try to figure out what’s up with that.” Pope John Paul II had recently passed away, and in a providential move I had picked up George Weigel’s tome Witness to Hope, about John Paul’s early life and papacy. I looked up “sex” in the index. (I’m pretty sure it wasn’t the first time I had looked up that term in the index of a book, but that’s a different story.)

Turned out there was no entry for sex, but plenty about “sexuality.” Weigel’s short summary of John Paul’s “theology of the body” mesmerized, stunned, and embarrassed me.

Within a day or two, I’d declared to my wife that the Catholic Church was probably right about sexuality and that Protestants—ourselves included—were out to lunch. She probably responded with something like, “OK, Mark, that’s nice.” To which I probably responded, “Yeah, but it’s too bad they’re so into Mary and saints and stuff, because boy they are really thinking clearly on sexuality. I’ll give them that.”

I had long thought the Catholics were right on the indissolubility of marriage. Deeann and I were always pretty firm on that. We agreed in 1993 to throw away the nuclear option, and not to speak of it, not to use it as a threat. But as Presbyterians we were in modest company on the matter, watching congregations bless marriages, then honor divorces, then bless subsequent remarriages.

But what I didn’t know at that time was that sexuality, marriage, family—all of it was of one seamless weave. I came to see that evangelicals weren’t talking much about some other things, either—things like dignity, nature, solidarity, and the common good—because there were few-to- no verses in the Bible about them. And I started wondering what else the Catholics might be right about. But these things take time—years—to percolate in the head and heart.

As I discovered, the Church is not just theologically astute on matters of sexuality and marriage. They’re also right. As in, one can see it in the data. Empirically, I mean.

Humanae Vitae was published 47 years ago. Coming on the heels of the Second Vatican Council, I think we tend to underestimate the pressures on the former Cardinal Montini to cave to the remarkable scientific discovery in 1960 of an effective way to control fertility. The Church, after all, isn’t an enemy of science.

But it wasn’t until 2008 that the encyclical’s claims registered in my brain and work. That’s when I first read Nobel laureate George Akerlof’s 1996 argument that the uptake of the Pill led, ironically, to a massive increase in out-of-wedlock childbearing. He wrote that paper with his wife, now our Federal Reserve chair Janet Yellen. It made sense to me, so profoundly connected was the increase in Pill use and explosion in premarital sex.

And Paul VI prophesied the consequences. He didn’t concern himself simply with whether the Pill was an abortifacient, like so many evangelicals do. He saw what it would do to couples, to fledgling relationships, to persons, and to communities. It would change how they think about each other, themselves, the meaning of sex, and the good of children. It would alter the social reproduction of entire communities.

Akerlof and Yellen, unfortunately, concluded their landmark study with advice suggesting that “if you can’t beat ’em, join ’em,” having deduced that it was not only pointless to resist a contraceptive mentality, it would be the wrong thing to do. Instead, let’s push for contraception.

Nearly 20 years later, it’s a stretch to claim the relational world is better, more loving, and more moral than it was before the Pill. Don’t you think?

This article was an excerpt from a talk Mark gave in September 2015 at the Fullness of Truth conference in San Antonio. 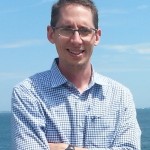 Mark Regnerus is associate professor of sociology at the University of Texas at Austin, a research associate of the university’s Population Research Center, and a senior fellow at the Austin Institute for the Study of Family and Culture. His areas of research are sexual behavior and family formation. He’s the author of two books (2007 and 2011) on the sexual behavior of teenagers and young adults.

His new research on the adult children of parents who have same-sex relationships was published in the July 2012 issue of Social Science Research, and is available here. It’s understandably drawn a great deal of scrutiny, and so he wrote a follow-up response to critics and made the data publicly available to other scholars. A dialogue about the study’s findings appeared in Slate and is available here. Mark has also written several short essays about data collection on same-sex parenting, polling about same-sex marriage, new evidence from Canada, and thoughtful assertions about how same-sex marriage may shape the wider mating market.

4 Replies to “It Just Makes Sense (Even as a Protestant)”