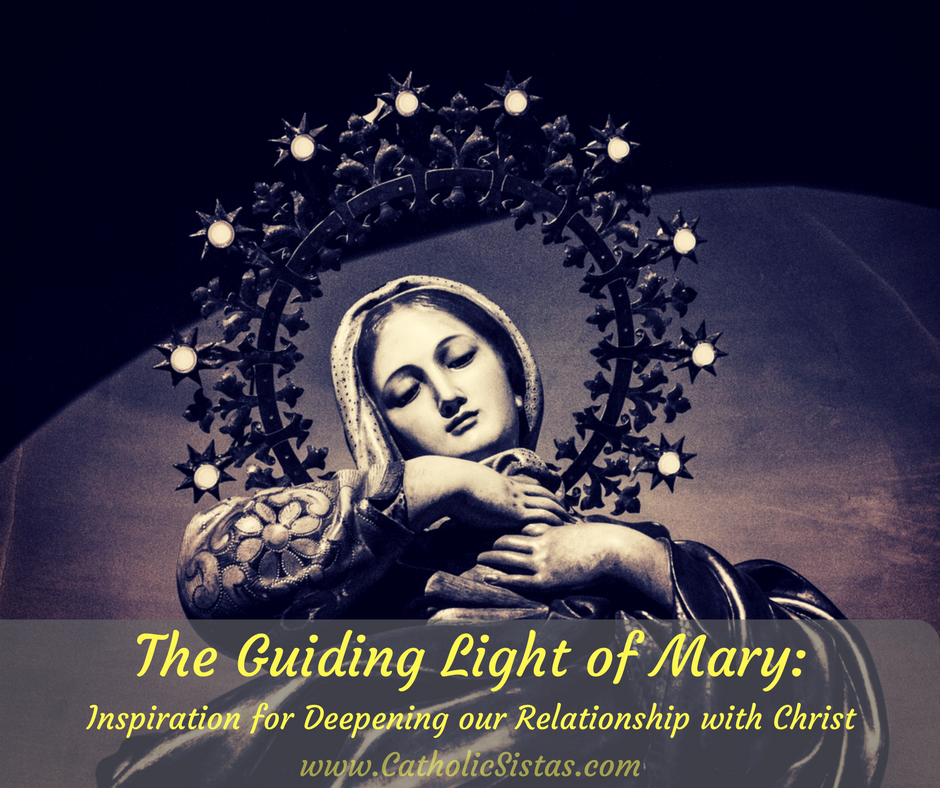 The month of May is one of two months devoted to Mary, the mother of God. This past Lent, I found myself reflecting on the ways in which Mary endured her Son’s Passion – how she followed His final steps, and remained at His feet until it was time to accept His lifeless body into her arms, and prepare it for burial.

We then turned the page to celebrate Christ’s Resurrection, and yet, my reflection on Mary didn’t end. Instead, it took a curious turn from how Mary stood by her Son, to what her reaction was when she was able to tangibly see Scripture fulfilled before her eyes – with the child she raised, risen from the dead!

Throughout Mary’s life, she maintained an unshakeable, unwavering faith. From a young age, to being a new mom, to becoming a seasoned woman, Mary continually committed all she had in fidelity to God. No matter how bleak the horizon looked for her, she trustingly held faith in her God’s plans, and His will for her future.

By her role as the mother of God, Mary became a guiding light for all of us to follow. In her example as a physical mother, we find the courage needed to help guide our own children to meeting God on a personal level. In her example at the mother who lost a Son, we find the strength to move forward in pursuing the will of God, even in our darkest moments. In her acceptance of being assigned the role of mother to the apostle John, we are clearly assured of the importance of spiritual motherhood, looking out for those who may not have been born of us, but who are nevertheless in need of the compassion and love our feminine genius offers.

Mary’s role as mother did not end with Jesus’ death on the cross, nor did it end upon Jesus’ Ascension. Instead, she continued to serve God in her vocation as mother long after her own flesh and blood no longer walked this earth. While apparitions of Mary are not required to be believed by Catholics, one could argue her vocation of motherhood took on an even greater role after her own death. She continues to include all of us as her children, centuries after she herself ceased walking this earth.

“To Jesus, through Mary,” is the reminder we are given when doing a Consecration to Jesus. We are reminded that Mary will lead us deeply, passionately, and unreservedly to her Son. We see her guiding light as early as Luke 1:38, when she tells the Archangel Gabriel, “Behold, I am the handmaid of the Lord.” And, again, when she confides to Elizabeth in Luke 1:46-47, “My soul proclaims the greatness of the Lord; my spirit rejoices in God my savior.” As early as those recorded statements are included in Scripture, we see Mary pointing back to our Lord God. We see her acceptance of God’s will, and her humility, which points not to her role, but rather, points us to her Son.

Throughout Scripture, she continually reminds us to do her Son’s will, while simultaneously affirming His role in our lives. With Mary’s light, illuminated throughout history, it is easy to see how her radiance magnifies Jesus and His role as Savior for humanity. She asks nothing of us for herself. Rather, she asks that we love her Son – the Boy she raised, the Man she knew, and the Savior in whom she loved and believed.

Therefore, this Month of Mary – May – let us follow her guiding light into a deeper understanding and relationship with the Joy of her life – Jesus.

Perhaps we can do that by meditating a little longer on the mysteries of the Rosary.

Perhaps we can do so by asking God to grant us more humility for ourselves – that we will let Jesus radiate through us, with no thought of our own gain.

Perhaps we can deepen our relationship with Christ by focusing on increasing the three theological virtues of faith, hope, and charity/love.

The ways we grow closer to Christ are really limitless, when we set our minds to doing so, and we commit to not allowing anything to derail our growth. Sometimes, we may just have to get a little creative. And, sometimes, we may have to ask for a little heavenly placed assistance, through Jesus’ mother, Mary.

How will you allow Mary to lead you closer to her Son this month?
How will you thank Mary for being a mother to us all?
What will help you better follow Mary’s guiding light in the month of May?