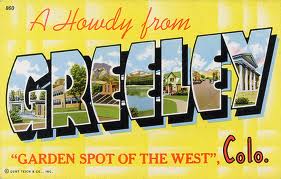 “The lukewarm do not embrace the cross, they merely drag it along.” St. Teresa of Avila 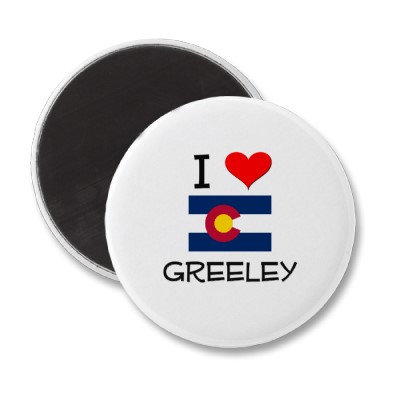 Eight years ago, my family left Greeley, Colorado. It was an exciting time, something my husband and I had planned since we first met. We were on our way to my husband’s home town, to become part of his family farm. After ten years in Greeley, we found ourselves surrounded by people we loved, and the kind of Catholic community that didn’t exist in our new place. We had waited so long for the dream of “getting home” to materialize, but we hadn’t prepared for the difficulty of letting go.

We spent the first five years of our married life in Denver. My husband traveled a lot, and I was a young wife with two small children, paranoid about city life and suspicious of strangers. My fears kept me from reaching out to others and developing friendships; I was much alone and often depressed. Pope John Paul II wowed Denver during World Youth Day in August 1993, but I had only been Catholic for five months and was sadly unaware of this man or his message to “Be not afraid!” 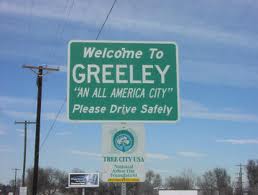 In 1995, we trekked an hour north to Greeley. Within a few weeks, while walking my oldest son to kindergarten, I met the first friend of my adult life. When she learned I was Catholic, she invited me to adult formation classes at our church. I was a former Baptist, still unconvinced of Catholic doctrine. Here I found a lay teacher with answers to all my difficult questions, who helped me discover a profound love for the truth and beauty of my Catholic faith.

My new friend also introduced me to the mother’s group at our church. I met wonderful Christian women who challenged and supported one another as Catholics and as moms. We gathered for playtimes, picnics, and Bible study. We brought meals to one another as new babies were born. When I came to Mass, I was welcomed by the friendly faces of women who knew and cared about me.

Other friends inspired us to tackle homeschooling. I found myself surrounded by like-minded Catholic families, attending daily Mass together, encouraging each other and sharing wisdom. Our children played together and we joked about “arranged marriages” between them. We had potluck gatherings and prayed rosaries. We shared a common love for our faith that bound us tightly. Saying good-bye to Greeley meant walking away from all these things that I held dear.

That same year, a close friend also planned a move. Her family announced that they were “giving up Greeley” for Lent. I thought it was a cute line, but nothing more. It wasn’t until this year—nearly a decade later—that I realized I should have taken their idea more seriously. They gave up Greeley and moved on. I never did.

For the last eight years, I’ve pouted. I’ve sulked and complained. I’ve whined. It’s not that I haven’t met people or done things. I have. But I haven’t made friends or given of myself. I haven’t reached out, I haven’t reciprocated. I haven’t tried.

It’s true that I needed a legitimate period of mourning. I worked on detachment and tried to develop a reliance on God alone. But I lost my way and failed to see that my sadness and “detachment” had become wallowing and aloofness.

Then I picked up the book Boundaries, by Drs. Henry Cloud and John Townsend. As I read, I stumbled upon something that startled me. It said,

“…we have…problems because we lack initiative—the God-given ability to propel ourselves into life.”

This pierced me. I was struck by the plain fact that this was me. The book went on to review the old parable of the talents, in which the master left each of three servants with a sum of money to care for. The authors point out,

“The ones who succeeded were active and assertive. They initiated and pushed. The one who lost out was passive and inactive.”

Passive—that summed me up quite neatly. In Greeley, my friends had drawn me into an active life and kept me accountable. Here, I had languished. Then I read:

“People who are passive are not inherently evil….But evil is an active force, and passivity can become an ally of evil by not pushing against it….God will match our effort, but he will never do our work for us…. He wants us to be assertive and active, seeking and knocking on the door of life….The sin God rebukes is not trying and failing, but failing to try.”*

For so long my thoughts had been centered on everything I had lost and the shortcomings of our new church community, yet I hadn’t worked to make anything different. In Greeley, my friends likened me to a little bird leaving its nurturing nest, going into the world to “spread the gospel”, carrying a flaming torch into a place that needed life and light. I had high hopes, and felt myself a heroic missionary of sorts, off to be a foot-soldier of the “new evangelization”. But none of that had materialized. Rather than investing my talents for the Master, I had buried them deeply. My “torch” had been little more than a flickering candle which quickly burned low without my friends to fan the flame. After eight years, I had little to show the Master who had entrusted me with much. I had made small effort on his behalf, or my own.

About this time, I ran into a woman I knew. We had talked a few times in the past, but no more. I suggested that we get together, and the next week found myself in her kitchen, comparing stories of our strangely parallel lives. I went away thinking I had finally found a friend–only to learn that she and her family would soon be moving to Arizona. I smiled at the irony and at the same time prayed, “Who, Lord? Who can be a friend for me?”

A woman’s face immediately came to mind. She was someone in my family that I knew only little and cared for even less. I had prayed for her routinely, because she had no faith and seemed deeply wounded. Lately I had been convicted to change my prayers for her to prayers for myself: “Lord, help me to love her. Help me to see her with your eyes.” It occurred to me that I had wronged her in many ways and had been less than loving. Now, God presented her to me as a candidate for friendship.

I resisted, of course. But later that day I was running an errand and found myself driving past her house. After desperate consultation with the Holy Spirit, I pulled in. Ringing the doorbell was difficult, but she welcomed me in and listened patiently as I apologized for the hurtful things I had done. I proposed a new friendship, and asked if she would be willing to meet on a regular basis to get to know one another. To my surprise and relief, she graciously accepted. Even more surprising, I’m looking forward to my time with her.

Soon after, I was invited to join a ladies Bible study in a local protestant church. I was tempted pass, but instead steeled myself and plunged in. I found a warm group of women searching God’s word together. Their fellowship was so sweet, and something I had dearly missed. I can’t wait to return to them next month.

When I finally put forth a small effort, God met me halfway. There is still much for me to work toward, particularly within my parish home. But now, at long last, I think I’m letting go of the past and moving forward. Greeley was a tinderbox, where so many flames were kindled. It’s time for me to stir the embers of the torch I was given and use it to set the world afire. My old friends and our times together are irreplaceable, but this Lent, I’m glad to be giving up Greeley. 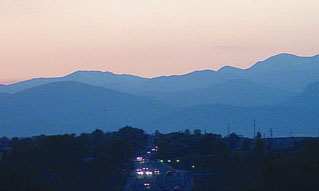 10 Replies to “Giving Up Greeley”