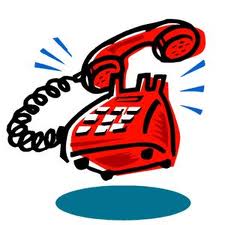 I’ve written before about my journey with Infertility, and I’ve tried to always be candid about the pain of carrying the cross that God has given to me. I’m not going to lie to you all and say that it’s been an easy cross to bear – and there’ve been plenty of times where I’ve taken the posture of Hannah weeping and wailing in the temple rather than a prayerful attitude asking God to guide me along my journey.

But recently I was sitting at my desk at work, writing yet another report, and feeling sorry for myself because I’d let myself get my hopes up – AGAIN, I got a reminder that God is always present.

I had been experiencing all of the signs of pregnancy. I knew that our timing had been perfect. My husband and I were together during my fertile period, I was able to start the progesterone to help lengthen my luteal phase so that if, God willing, conception had occurred my body might figure out what to do and the little baby could actually implant in my womb… I was even enjoying the fact that I was feeling completely ill. Surely we were going to get our miracle this time! 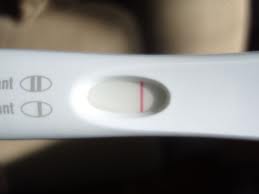 (Yes, I took two. I was so convinced that I was pregnant that I told myself that it only made sense to confirm it with a second test)

And I sat there in our bathroom staring at the counter and these tests.

Normally a negative test just makes me feel completely numb, but not this time.

This time I felt like I’d been punched in the gut. I sank to my knees and I cried. My husband gently asked if he could do anything and I shook my head. I got up and went to the computer and I sent a message to some friends (including the Sistas) and told them that I had gotten a BFN (a “Big Fat Negative” – lingo in the world of Home Pregnancy Tests) and that I felt like a waste of a woman. They all knew that I was going to be testing in the morning and they all had told me they’d be waiting.

There came loving messages including one from a beautiful friend who told me “God doesn’t make junk.” And another from someone who told me that women shouldn’t be judged by their fertility. I’ve been reflecting on that message quite a bit – if we don’t judge men on their ability to make a baby, but rather to be a husband and a father then why do some of us as women (okay, ME) judge ourselves on the ability to carry a child.

I got ready and came in to work because I needed something to get my mind off of the BFN. I had reports to write. I had paperwork to catch up on. I could either sit & feel sorry for myself or I could do something productive with my day.

Another friend e-mailed me this Bible verse:

“For I know well the plans I have in mind for you—oracle of the LORD—plans for your welfare and not for woe, so as to give you a future of hope.” ~Jeremiah 29:11

And I decided that it’s time to make time to fill out the adoption application with the new agency that we’ll be working with. There’ve been some bumps in the road that have delayed us from starting the process. Clearly adoption is my path to motherhood. Clearly my miracle was going to enter the world in a way other than through my womb. I felt a glimmer of hope, deep inside of myself.

I started thinking about our priest’s homily this Epiphany when he said “God wants to meet us in the messiness. He wants us to find him in the muck of our lives because he was born in a barn, amongst the animals as a sign that there is nothing too messy for God.” 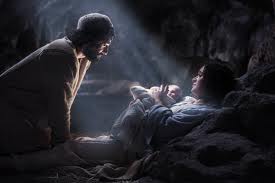 And I started to pray that God would help me see him in this messiness.

I got a text from a friend who attempted to make me feel better by telling me that I was stronger than the rest of our group (a group of friends who all met as a result of Infertility) and that’s why I was the last one left waiting for my miracle. (I appreciated her attempt to make me feel better, but it didn’t help like she thought that it would). I didn’t feel like I was strong. I felt like I was being a baby because I was left off the guest list for the party.

And then the phone rang. I almost didn’t answer it because I thought that it was another friend calling to try to help.

But I realized… she didn’t know. She was calling for something else…. So I answered the phone.

Her daughter, who’s a High School student, has excruciating pain as a result of endometriosis. She’s already had a laparoscopy to try to correct the problem, and she hasn’t yet felt relief as a result of the surgery. My friend was desperate to find relief for her daughter, and was out of ideas.

She called because she knew that I had struggled with the pain of endometriosis and had a laparoscopy to correct the problem (although it has returned, but that’s another story). She knew that I had said to her several times “whatever you do please don’t let the doctors put her on birth control pills.”

She was calling because she wanted help…. she needed help – from me.

Me! She needed help from me – the broken one!

I listened, and I prayed when I heard the mother’s anguish that comes from not being able to help her child. I talked her through why their doctor’s advice of putting her High School aged daughter on lupron injections was a bad idea. I encouraged her to seek out a pediatric gynecologist and a doctor trained in NaproTechnology to get second a third opinions. I encouraged her to hang on to hope.

So I have prayed for my friend’s daughter, for these doctors that they’re going to consult with, and for my friend, that answers may be coming quickly. I prayed that God will help me to accept adoption as His will for my husband and I (because I’m realizing that I’m still in the process of mourning the idea that I may never give birth to a child). I prayed that God will take away my pain from this most recent BFN. And then I thanked God that He was able to put me in the path of my friend and her daughter, and allow to help them end her pain. And then I prayed for our birth mother – wherever she may be.

So I think that was God’s message for me today. Dr. Martin Luther King, junior may have said it best when he said

“Life’s most persistent and urgent question is: What are you doing for others? Living is a form of not being sure, not knowing what next or how. The moment you know how you begin to die a little.”

6 Replies to “Gifts From the Muck”