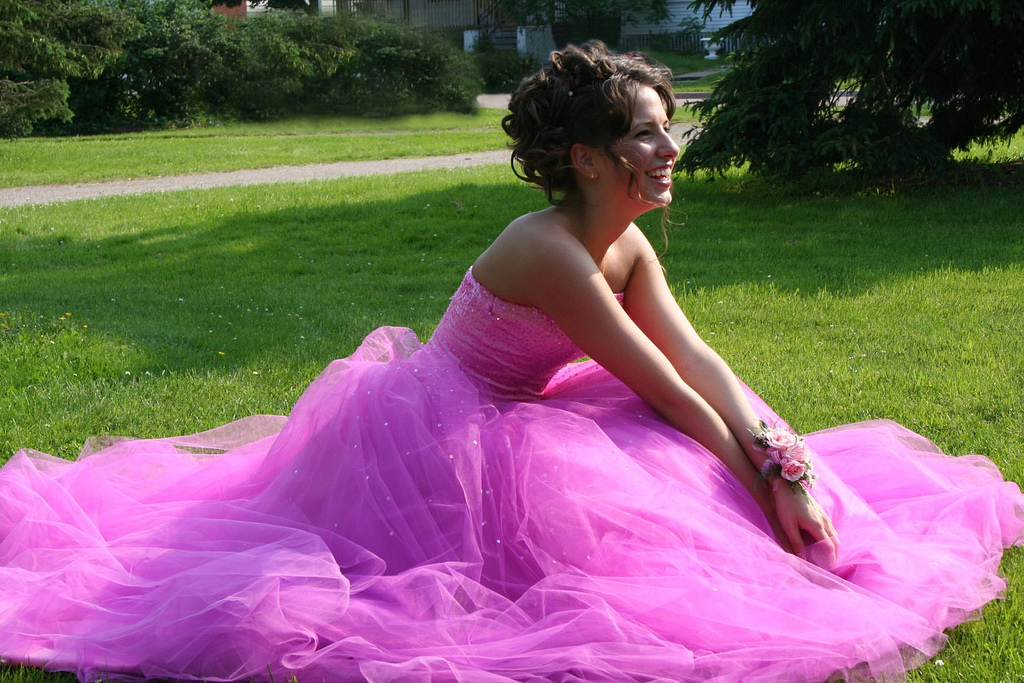 He had my favorite flowers delivered with a special note that read, “Meet me outside for a surprise! I love you!” My heart was pounding, I knew this was it! I slowly opened the back door to see a path of rose petals leading to the garden, behind the shed. I wanted to run to him and yet at the same time I wanted to savor each step, remembering these few seconds forever. I turned the corner to see him surrounded by roses, kneeling down complete with a suit and tie. The combination of the scent of roses and his cologne filled the air, making me dizzy. Then he said the words, the words my heart were waiting for…..

“Will you go to prom with me?”

I had you going didn’t I?

Prom is the new wedding. Boys “promposals” can have as much thought as a marriage proposal, if not more. Girls spend more money on their over-the-top gowns than many of us ever even considered spending on our wedding dresses. Some parents don’t bat an eye at dropping hundreds if not thousands of dollars on limousines, tuxedos, gowns, dinners, hair and makeup, shoes, flowers, and on and on. 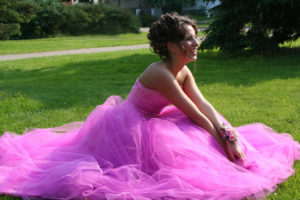 I’m not saying there is anything inherently wrong with making prom night special for your child, besides perhaps the possibility of spoiling him or her, but some might argue that is just what these special nights are for. What I am saying is that perhaps this is just one more reflection of what our secular society is accepting as a replacement for the sacrament of marriage.

Recently I watched an episode of “16 and Pregnant.” The 16-year-old, who was soon expecting, got a call from her boyfriend and on her phone it read “The Hubby.” It didn’t list his name, it didn’t say “The Boyfriend”, it said “hubby.” Now, may I also add that by the end of the episode, the couple was broken up, on terrible terms, and I’m sure her phone no longer listed him as hubby after that.

Call me crazy, but I was infuriated to see her use the title ‘hubby’ so loosely! Why should she get to use that name, when that’s what I call my husband! My husband of seven years who has been present every day, doing his best to pull my children and I up to heaven, living the full sacrament of marriage. Every day, he earns the title hubby.

In this time where cohabitation is normal, where pre-marital sex is accepted, and marriage is fought to be a right for every person and yet some cannot conform to be stifled by such commitment, is it any surprise that our children are acting as if they’re married at such a young age? I realize that these two examples are seemingly meaningless in the grand scheme of things, but they represent the overarching trend toward empty relationships.

The human soul longs for God, but too often our human condition prevents us from seeking Him. Our minds are darkened and our souls are weakened due to original sin. However, marriage is the way we imitate the trinity and bring glory to God. The holy sacrament of marriage can undeniably be a difficult vocation, but it is emotionally, physically, and spiritually fulfilling just as God intended.

No wonder then, that those without this fullness of Truth and understanding of the holy beauty of marriage grasp feebly at imitating what they think they see. People know that marriage should be what they long for, their hearts try to push them towards this bond, hence the need for promposals and marriage parodies.

Ok, ok, I’m just old-fashioned, maybe I don’t understand what these promposals are really about. These pre-proposals, they may be able to be redeemed….let me think. Perhaps if young men use this as an opportunity to practice how they will treat their future wife. If this opportunity for love is just one step on the journey to agape, then yes they do have their place. But, I’m not sold. I think the real test as to the intentions of the proposal will be revealed on prom night.

Well, I can tell you one thing, this Momma’s gonna be screening her daughters’ phone contacts if they are lucky enough to have phones, and warding off any promposals with that BB gun my hubby is storing at his parents’ house.

8 Replies to “Faux-In To The Chapel”