Defending the Canon of the Bible–All 73 Books 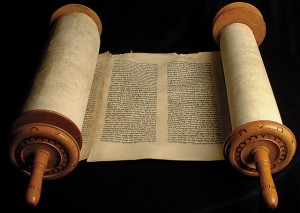 One common dispute against the Catholic Church by well meaning but misinformed Protestants is the assertion that the Catholic Church “added” books to the Bible.  As it is commonly known, Protestant Bibles only contain 66 books, as they do not include Sirach, Baruch, Judith, Tobit, Wisdom, 1 and 2 Maccabees, as well as parts of Esther and Daniel.  In this two part series, with part two coming out next week, I hope to provide some guidance on defending the original 73 book canon of the Bible with historical fact. As often times Protestants disregard life in the early Church and writings from early Church fathers on the grounds that they are not Sacred Scripture, begin by reminding them of one area in which Church history is all we have to rely on, that is that the Scriptures do not themselves contain a list of which writings should belong. This point also refutes Sola Scriptura since it was the authoritative decision of the Magesterium that declared which writings were inspired and compiled them into what would become known as “The Bible”. Often Protestants will indeed reference history by claiming that the Catholic Church added the books to the Bible at the Council of Trent. The following is a timeline of the history of the Scriptures, that should hopefully serve as a guide for refuting common claims and showing our Protestant brethren how the book they hold so dear came to be and what it originally included:

AD 33: Christ establishes His Church in the days before ascending back into Heaven, (Matthew 16:18,19), therefore not leaving His flock untended and fulfilling the prophecy in Isaiah 22:21-23.  Also in this year, God sends His Holy Spirit over the Church on the day of Pentecost, so that it may be divinely guided, and the Teachings will not waver. These are important points in which to begin because they begin to show that the Church did not come from the Bible, the Bible came from the Church.

AD 51-121: The New Testament books are in the process of being written over the course of these years, as well as other early Christian writings that did not make it into the New Testament canon: the Didache (AD 70), 1 Clement (96), the Epistle of Barnabas (100), and the 7 letters of St. Ignatius to Antioch (107). Point out that although the works are not Sacred Scripture, they can be used as historical documents through which we can see what original Christianity was like, which we see is a Church that submitted to bishops, celebrated the Eucharist with a belief that Jesus was truly present, baptized people of all ages with the belief that the waters brought saving graces, and devotion to Mary as the Mother of the Church.

AD 140: Marcion, a businessman in Rome, taught that there were two Gods: Yahweh, the cruel God of the Old Testament, and Abba, the kind father of the New Testament. Marcion eliminated the Old Testament as scriptures and, because he was anti-Semitic, kept from the New Testament only 10 letters of Paul and 2/3 of Luke’s gospel (he deleted references to Jesus’s Jewish culture). Marcion’s “New Testament” was the first “Bible” to be compiled (though outside the authority of the Church), which compelled the bishops to authoritatively decide on a core canon: the four Gospels and Letters of Paul.

AD 367: This year is the first time the list of books in the New Testament, as it is today, is decided upon and physically written down, by St. Athanasius, the Bishop of Alexandria, in one of his letters.

AD 382: Pope Damasus I, reaffirmed Athanasius’ list, making a list of them himself, in their present number and order.

AD 393:  The council of Hippo met in this year. The council of Hippo officially reaffirmed the list and order of the New Testament as it is today, first written down nearly thirty years before by the Bishop of Alexandria. It is at this council in this year that the New Testament as we know it today became declared the infallible Word of God, by Christ’s Church, nearly 400 years after Christianity began.

AD 1536: Over a thousand years later, in his translation from Greek to German, Luther removed seven books from the Old Testament canon. I Maccabees, II Maccabees, Tobit, Wisdom, Sirach, Judith, and Baruch. His followers supported this as he had the opinion of the anti-Christian Jewish rabbis to point to as an example. However, he only moved these books to an appendix, and the original King James Version included them. It was not until the 1800s in which they were removed completely, and today Protestants often do not realize they were ever there in the first place. Luther then proceeded to place 4 New Testament books, Hebrews, James, Jude, and Revelation in an appendix, claiming they were less than canonical. However, this was quickly shot down, as he did not have the precedent to do so.

AD 1546: Due to the issues Luther was causing, the Church met again in the Council of Trent to reaffirm, once and for all, that the 27 books of the New Testament canon, that was spoken by the Church so long ago, was indeed the infallible Word of God. This is often where Protestants get confused and assume that the Catholic Church added the seven books at this council. As historical evidence shows, they were always part of the canon, and this council merely reaffirmed what they have always taught, just as the Church several other times in history has met in councils to stand their ground against various heresies of the time.

Knowing these events and dates can help in explaining the history of the Bible when approached with questions such as why Catholics have “extra” books. Next week, we will look deeper into these events, as well as the New Testament Scriptures, to show the undeniable validity of these  post-reformation rejected writings.

« Fashion for JesusNow is the Time »