Defending the Canon of the Bible–All 73 Books, Part 2 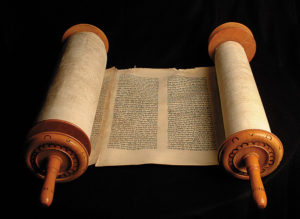 Last week, in the first part of this two part series, I gave a brief outline of the history of the Church and, by effect, the history of the Bible. The timeline showed how the Bible came as a product of the Church (rather than vice versa), how the Church was lead by God in councils lead by bishops to discern which texts belonged in the Biblical canon, thus compiling the books into the Bible as we know it today. After 1,500 years of one accepted canon used by all Christians, Martin Luther made the decision through his own, self-proclaimed authority, to remove seven books from the canon: Sirach, Tobit, Wisdom, Judith, 1 and 2 Maccabees, Baruch, and part of Esther and Daniel. The Church there after met at the Council of Trent to address Luther’s heresies and reaffirm the canon of the Bible. Protestants today claim that it was at the Council of Trent that the Catholic Church “added” these books to the Bible.

In discourse with a Protestant, one challenge they may give you is to prove that the seven books they call “the Apocrypha” were part of the canon before the Council of Trent. Right away, a few easy explanations may come to mind. For one, we have pictorial  evidence of ancient Bibles, long before Luther’s day, that include these books. Additionally, a quick look at an Eastern Orthodox Bible will show that they also contain these seven books. The Eastern Orthodox church split from the Catholic Church in the 1200s, over 300 years before the Council of Trent.

These facts alone may be enough to stop some protesting Protestants in their evangelizing tracks, but it never hurts to be extra prepared. The following is a list of historical and Scriptural evidence that leaves no room for doubt that the original Christian Bibles contained the seven books that have since been rejected by our Protestant brethren.

The Councils that Canonized and Compiled Scripture

It cannot be denied that the Bible was canonized and compiled in the 300s, by a council of bishops acting under the Church’s authority and thus, under the guidance of the Holy Spirit. We know that God did not drop the completed Bible from the sky, but used men to do this task from writing it to putting it together. Most reasonable Protestants will admit this fact. Here are a few transcripts from these councils. It stands to reason that if one rejects even one of the writings decided upon in this councils, they must reject the entire Bible, for all writings were canonized at the same councils.

“[It has been decided] that nothing except the canonical Scriptures should be read in the Church under the name of the divine Scriptures. But the canonical Scriptures are: Genesis, Exodus, Leviticus, Numbers, Deuteronomy, Joshua, Judges, Ruth, four books of Kings, Paralipomenon, two books, Job, the Psalter of David, five books of Solomon [Proverbs, Ecclesiastes, Song of Songs, Wisdom, Sirach], twelve books of the Prophets, Isaiah, Jeremiah, Daniel, Ezekiel, Tobit, Judith, Esther, two books of Esdras, two books of the Maccabees . . .” (Council of Carthrage  A.D. 397]).

“[It has been decided] that besides the canonical Scriptures nothing be read in church under the name of divine Scripture. But the canonical Scriptures are as follows: Genesis, Exodus, Leviticus, Numbers, Deuteronomy, Joshua the Son of Nun, Judges, Ruth, the Kings, four books, the Chronicles, two books, Job, the Psalter, the five books of Solomon [Proverbs, Ecclesiastes, Song of Songs, Wisdom, Sirach] , the twelve books of the Prophets, Isaiah, Jeremiah, Daniel, Ezekiel, Tobit, Judith, Esther, Ezra, two books, Maccabees, two books . . .” (Council of Hippo [A.D. 393]).

Though St. Augustine’s writings show him to be a brilliant Catholic theologian, many Protestants claim him as their own, asserting that his believed in justification by faith alone. One Protestant ministry founded by the famous Protestant R.C. Sproul claims “Calvin and Luther did not teach anything that Augustine did not teach.” Clearly Mr. Sproul had not been seeped too deeply in St. Augustine’s works, but I regress. For those Protestant followers of St. Augustine, introduce them to what he had to say about the canon.

“The whole canon of the Scriptures, however, in which we say that consideration is to be applied, is contained in these books: the five of Moses . . . and one book of Joshua [Son of] Nave, one of Judges; one little book which is called Ruth . . . then the four of Kingdoms, and the two of Paralipomenon . . . . [T]here are also others too, of a different order . . . such as Job and Tobit and Esther and Judith and the two books of Maccabees, and the two of Esdras . . . .  (St. Augustine On Christian Instruction 2:8:13 [ca. A.D. 395

“We read in the books of the Maccabees [2 Macc. 12:43] that sacrifice was offered for the dead. But even if it were found nowhere in the Old Testament writings, the authority of the Catholic Church which is clear on this point is of no small weight, where in the prayers of the priest poured forth to the Lord God at his altar the commendation of the dead has its place” (St. Augustine On the Care That Should be Taken for the Dead 1:3 [A.D. 421])

St. Augustine’s above statement in bold shows that the passage in his preceding sentence, 2 Maccabees 13:43, is indeed in the Old Testament. Take note also that St. Augustine’s statements, as well as the transcripts from the councils,  all occur before the year 500, over 1,000 years before Martin Luther.

But What About Jesus…?

The final refutation a Protestant might give is based on the assumption that Jesus never quoted or referenced from any of those seven books. This argument does not hold water, as Jesus did not even quote from every single book of the Protestant Old Testament, but nonetheless it would not hurt our case if He did reference them.
And… He did.
Matthew 6:12, 14-15—“Forgive us our debts, as we forgive our debtors; if you forgive others their transgressions, your heavenly Father will forgive you. But if you do not forgive others, neither will your heavenly father forgive your transgressions.”
Sirach 28:2—“Forgive your neighbor’s injustice; then when you pray, your own sins will be forgiven.”

Luke 18:22—“When Jesus heard this, he said to him, ‘There is still one thing left for you: sell all that you have and distribute it to the poor, and you will have treasure in heaven.”
Sirach 29:11— “Dispose of your treasure as the Most High commands, for that will profit you more than the gold.”

John 3:12—“If I tell you about earthly things and you do not believe, how will you believe if I tell you about heavenly things?”
Wisdom 9:16—“Scarce do we guess the things on earth, and what is within our grasp we find with difficulty;
but when things are in heaven, who can search them out?”

John 10:29—“My Father, who has given them to me, is greater than all, and no one can take them out of the Father’s hand.”
Wisdom 3:1—“But the souls of the just are in the hand of God, and no torment shall touch them.”
Imagine if today, someone tried to remove a book, a chapter, a verse, or even one mere word from the Bible.  Protestants would likely scream bloody murder, while the Catholic Church would merely shake her head, for she has been through this before. 500 years ago, not one book but seven books (and parts of two others) were taken from the Bible. In the years since our Protestant brethren who devote themselves to Scripture and holding it in such high regard have been missing out on the beautiful words found in these seven books that have always been a part of the canon.