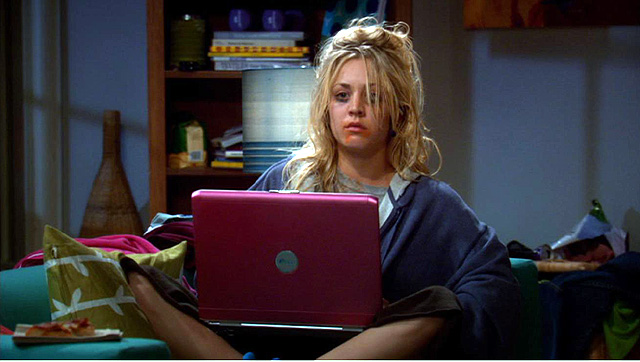 By now you’ve got a rough idea of my history online. I haven’t touched much on the addiction aspect yet, in part because I thought it would work best for this post. If you haven’t read my introduction to the Confessions of The Original Online Junkie, part I and part II, I invite you to read them first so that this post will make sense. 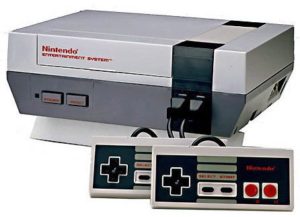 I would say the majority of my time spent online {defined for the purpose of this post as anytime on the computer and/or video games} up until the birth of the blog was spent, if I’m truly honest with myself, piddling around. Sure, there were spells of looking things up and researching and reading, but the majority of the time was just. plain. a waste of time. I think the only two HUGE addictions I avoided were Doom – remember that golden oldie?? – and War of Worldcraft. Growing up, I played Intelevision {yes, I just dated myself}, Atari, the original Nintendo {carpel tunnel, anyone?}, Solitaire on my old PC, a friend and I slayed the guys in college playing Sega’s Mortal Kombat punching all kinds of buttons that did who 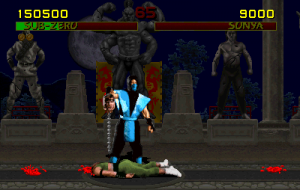 knows what, but I somehow figured out the fatality move with near perfect precision. Every. time. My poison was fighting games and race car games. And Sims…before they got all raunchy.

I could go on and on listing all the games I played over the years, but the point I really want to make is that I filled my time with more unREAL world things than interacting with PEOPLE. For me, it was an escape disguised as entertainment. There was always some game to play {Bejeweled} or something to read rather than do what I was supposed to do, which was parent, or cook, or do laundry, or interact with REAL people.

Two things happened in my life that jerked me into shape. The first thing happened 4 1/2 years ago when I was attending our parish pastor’s talks on Thursday evenings after daily Mass in the cry room. Father Joel would spend time reading and reflecting on Scripture and there would be some comments from a few of us. We had been parishioners at our church for a few years but I, like many parishioners I now talk to, was pretty intimidated by the sheer size of the church. We were probably over 15 thousand parishioners at that time and were it not for my love of wanting to hear Father Joel talk – I truly enjoyed his homilies – I may never have left my house to participate in anything other than Mass at church. It was the beginning of gasp! making friends…something else I really stunk at. One evening I attended the pastor’s talk when our Adult Faith Formation director, Noe Rocha, sat in for Father Joel. The group was small and I felt like I was able to open up – I shared that I had been learning the Faith online and even referred to that time period as “sharpening my knives” because I knew the inevitable next step. I explained that I felt God was calling me to get into the parish community but I wasn’t ready and I had no idea how that would play out. Little did I know…

And, like the bratty, whiny child who does NOT want to do what they are told, I resisted opportunities and chances to join various activities and ministries. Rather than listen to God, Who knows me better than I know myself, I persisted in what I thought was the best way to learn the Faith – online.

I hid behind the fact that because our parish was SO monstrous, it must also be cold and uninviting to all. But it wasn’t any of those things. I had made it to be that way in my head. Truth be told, all the people I had met to that point were warm, caring people. I equated the largeness of the parish to this impossibility that it could be warm and inviting. I was also at that time headlong into a period of time where I felt being serious about the Faith meant NOT being funny. Which, if you’ve read even one post I’ve written, you know that’s so not true. So, most of what I was dealing with at the time was hardly to be blamed on external factors but rather it was a reflection of what I was dealing with in my own spiritual growth.

The second thing happened about four years ago, just after Easter when I helped a friend with a program our parish was doing, Catholics Come Home. Based on the actual apostolate itself, we sought to bring those who attended only Christmas and Easter Masses with the intention of meeting them where they were and answering their questions about the Faith. After one of the meetings we stood around talking and he brought up that he was on the Pastoral Council. Having absolutely no clue what that meant or what they did, we chatted about it. And to my surprise, I found myself thinking about it. A. LOT. It didn’t help that the usual annual discernment did not take place that next month – our then new priest decided to keep his current council in place to minimize transition.

The next thirteen months crawled. I was chomping at the bit when discernment finally came about in May, and to say I had spent a lot of time discerning leading up to it was an understatement of epic proportions. I was both excited and nervous to go through the process, calling on my husband to be present with me at the discernment. I was also fifteen months pregnant with #5 and both scared and excited about the commitment. As it turned out, I, along with two other parishioners, was discerned onto the council by the previous pastoral council members, our priests, and parishioners who took part in the process. A three year term was about to begin and I was looking forward to what it would hold.

In my next post, I will talk more about how the practical side of living the Faith in my parish community helped balance the need/addiction of being online and I’ll offer some tips to help you out. Stay tuned, friends!

One Reply to “Confessions of The Original Online Junkie: One Cannot Live Online Alone”