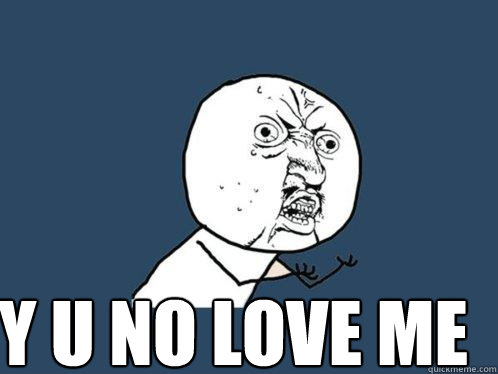 When I first started this blog, I had a few ideas in mind as to how I would handle impending comments that were unbefitting of Catholics or just lacked basic common courtesy.

It seems that some feel that it is their right to post comments that are baiting, ugly, or simply add nothing to the discussion. They get angry when their posts don’t get through and they let me know in unsavory e-mails exactly what they think of me and what a terrible Catholic I am to not allow their comment through. In other words, they like to hide behind the “freedom of speech” thing with no regard for appropriateness or courtesy that the blog isn’t theirs to do what they wish.

Freedom of speech. What an American concept. The Catholic Church and Her beliefs are not American.

The reality is that today comboxes {comment + box = the place where comments are stored in response to the blog post} have become a breeding ground for sewer-like behavior. Otherwise fruitful conversations are reduced to what can only be described as virtual strangers (non-Catholics) watching family members (Catholics) fighting on a public corner, airing their dirty laundry. We are family, in the sense that we are bound by the Faith as family members in Christ. And those who aren’t Catholic don’t need to see such vitriol among Catholics who don’t know how to civilly disagree.

Further, comboxes have turned into modern day road rage in that people use a variety ways to get their point across: anonymous names, screen names, use of multiple names when one baiting comment doesn’t work, shouting {USING ALL CAPS} and this inexplicable need to point out how everyone else is consistently wrong {why people are drawn to blogs just to do this baffles me – my day is full just with the things I like!}

I’ve been online since 1994 and have been guilty of and seen a lot of what I’m writing about. One thing I wanted for Catholic Sistas was not to discourage readers to disagree with the writer, the content, or other commenters, but to discourage inappropriate tone or outright bashing of the writers, commenters, or the Church. I created a note on our website that outlined what was considered an acceptable comment and what would not go through. It reads:

The comments on this blog are moderated, so you may not see your comment post immediately. Comments are appreciated and discussion is welcome, but comments that are defamatory, obscene, crude, antagonistic, baiting or inflammatory will not be approved. We are simply asking that you use your manners. We appreciate everyone’s participation in making this blog a welcome haven of differing opinions and reflections of our unique faith walk. Thanks!

How can you make sure your comment does not get through? Try any one of the following!

2) Comment about something unrelated to the discussion – example: someone wanted to post a comment that said that those who participated in the poll against contraception also turned a blind eye to the pedophilia in the Church. Huh? Yeah, no. That comment is so not going through, buddy.

3) Comment that gays will burn in hell while stating that our blog is promoting SSA. Really? I got an earful from a commenter whose comment didn’t go through so he sent me a long e-mail outlining things we already know to be true that the Church teaches. The difference? His tone was one of outright rage and condemnation of our blog for supposedly being in favor of SSA in response to this recent blog post. Where he got the idea that we support SSA is beyond me. Further, his comment was not open to discussion, just a rant. Why give people the airtime to spread their hatred?

4) Comments that try to convince others that our understanding of the Faith is wrong when talking about the following:

5) Condemning others to hell. No explanation needed. The fringes of the left and the right have more in common than not. It is one thing to lovingly correct the wrongs of others as the spiritual works of mercy calls us to do. It’s another to judge someone’s soul based on a few things you read. Neither you nor I have the ability or the right to judge where someone’s soul will end up.

I hope that I have given a better sense of why some comments don’t go through. It has been reasoned to me {and at one time I would have agreed with this angle} that allowing vitriolic comments through gives readers the opportunity to see the level of nastiness firsthand and to be able to discuss and change hearts and minds. I agree that this is possible. But I also agree there is a point where it becomes pearls before swine and, more to the point, there are only 24 hours in a day. If given the opportunity to bang my head against a wall trying to convince someone to dial down their tone OR scrub my toilet with a toothbrush, you can guess which one sounds more appealing.

Plus, evangelizing doesn’t mean  you have to engage in conversations with people who do not want to hear what you have to say in the first place. It all comes back to manners. It’s not difficult to use them. Promise.

ETA: a rough percentage of comments that don’t actually make it through is somewhere in the neighborhood of 2% {if that}. 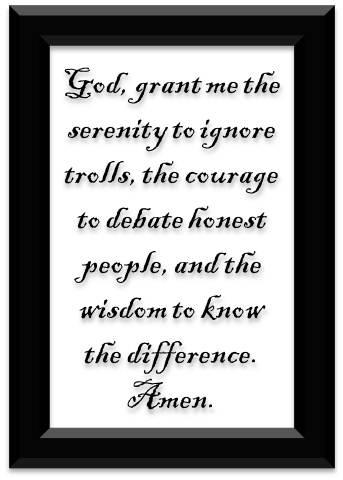