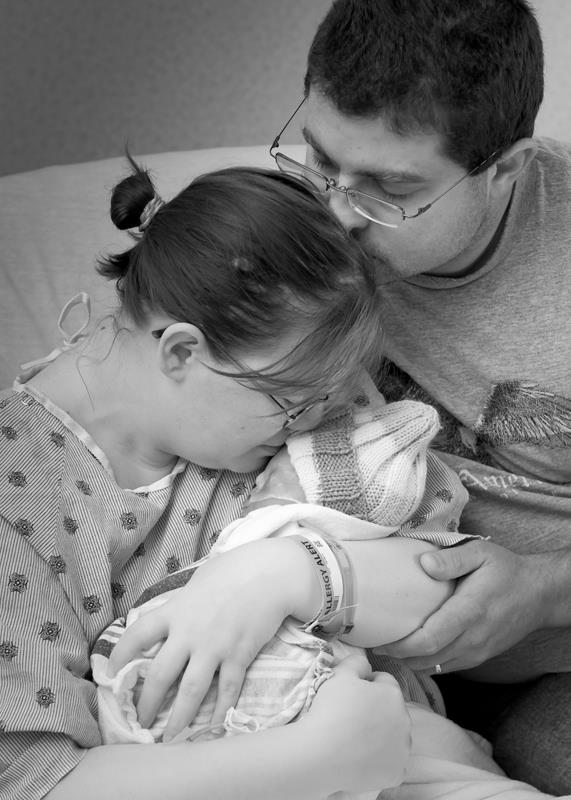 My name is Shari and I am the mother of nine children. My eighth child, Christopher James was taken from me too early to become a saint. Taken before I could ever see his eyes open, feel his breath on my neck or do any of the other mommy things I was supposed to do.

At the end of March 2011 I found out I was pregnant with our eighth child. In the beginning, the pregnancy was pretty uneventful. I was a little sicker than usual and very tired. Around 12 wks I had a few days of spotting, but the doctor couldn’t find the reason. I felt the baby move from about 11 wks until about 13 wks when the placenta was too big and blocked his movement.

At about 22 wks I started having too much amniotic fluid and my hands and legs would go numb very easily. Once I started feeling movement again I only felt about 3 weeks of true kicks and movements as the amniotic fluid was too much and all I could feel was his hiccups. Due to all the fluid he could turn breech and back the right way several times a day and I wouldn’t really feel it, I could just tell by where his hiccups were. At my 32 wk prenatal I told my doctor that I didn’t feel right and felt like a balloon ready to pop and that I couldn’t really feel the baby move other than the hiccups. I was having contractions pretty regularly and a lot of pressure. The doctor didn’t understand why I had pressure since the baby wasn’t engaged. We now know it was because of all the fluid.

Sat Oct 15th, 2011 started out like any other day. Ashley, my oldest, had a volleyball tournament at 8:15 am so I got up and took her to that and then went to breakfast with a homeschool friend. Went home and got the kids ready to go to my nephew’s birthday party. Ryan and the boys were at a pilgrimage and were going to meet us there later. At the party I finished knitting the newborn longies for the baby; that was the last of the newborn knitting I had to do.

Around 7 pm I was getting really tired and sore and had flu like body aches and I just wanted to get home, it was a 45 min drive home. We got home I had a low grade fever. It dawned on me I hadn’t felt the baby move all day, I hadn’t even felt the hiccups I normally felt. I drank some cold water and told my husband we might need to go to the hospital if I couldn’t get him to move. I laid on my left side and waited, nothing. I got an ice pack and put that on my stomach and started to doze off. Still nothing.

As I was dozing I could see the doctor saying he was gone. It was strange and I can’t explain the visions in my head.  I pushed really hard on my belly and could feel him, but he did not push back. I got up and called the doctor and he had me go into labor and delivery. I thought, “We will hear the heartbeat and it will be fine and we will come home.” When we got there the doctor came in with the u/s machine and did an ultrasound. “I am so sorry, but your baby has passed away.” I will never forget those words. He passed away in the breech position- his head close to my heart.

We came home to get things in order and tell the kids. We called our parents that night and told them. Ryan called our priest as well, who was with us every step of this nightmare. I emailed our homeschool group for prayers. In the morning we got the kids up and brought them into the living room. All the kids asked what was wrong and before I had a chance to say anything my ten year old asked, “Did baby Eeyore die?” I have no idea why he asked that but he just knew that was what was wrong.

Our priest announced our loss at Mass that morning. We had many calls of support and sympathy. Our homeschool group set up meals for us for over a month. That afternoon our priest came to sit with us and my in-laws came to take the kids.

Baby Eeyore still did not have a name so we had to pick one. We chose Christopher James. Ryan’s middle name is James.

We were going to go back to the hospital between 8-9 pm Sunday the 16th to start induction. We realized we did not have a shirt to go with his longies and I wanted that to be his burial outfit. It was so hard to have to go buy our baby’s burial outfit, Ryan lost it a little.

When we got to the hospital 15 of our friends were there in the family lounge praying for us. They stayed until 10-11 that night. I asked the doctor to do another u/s just to be sure. There was no change. The doctor checked me and I was dilated to 4 cm so we decided to try for some sleep and break my water in the morning. The doctor said I didn’t have to have any pain with this labor and I told him I wanted a natural birth and to follow my birth plan. The staff was so good.

We broke my water at 6 am Monday morning, Oct 17th, and labor started pretty quick. I was 34 weeks exactly, 2 weeks before I normally deliver my babies. The doctor told us what to expect when the baby was born and that his skin would be peeling from being in the water for so long. Friends came back up and prayed in the lounge again. I had the labor I had wanted. Christopher was placed on my chest and I was still praying for a miracle. I looked at the clock to remember the time since I knew no one else was going to since there was no need. He came to me at 11:20 am. He weighed 6 lbs even (one to two of these pounds was swelling) and 19” long. The nurses were crying at his birth as well. He was beautiful and looked just like our other children.

Our priest was there within 5 minutes and came and baptized him and confirmed him. The doctor and nurses left the room for which I was grateful. 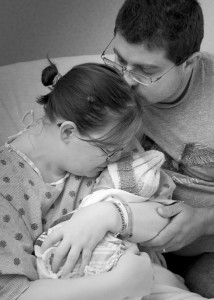 Now I Lay Me Down To Sleep came and did pictures. We took pictures with our own camera as well. The kids came up later that evening. Ryan stayed with me at the hospital and we left Tuesday morning after spending a little more time with our baby. We spent every minute we could holding him.

I don’t think there ever could have been enough time or memories made with our precious little saint. I know the social worker at the hospital and she was wonderful. She set everything up with the funeral home that donates its services to parents who lose children. We left the room with a box of mementos (a baby ring, foot and hand prints, a hat, the tape measure used to measure him, angel pins for the kids, and other things that were used for him) instead of a baby and my heart broke more than I thought it ever could. My heart was shattered and there will always be a piece missing. I would never hear him cry, see his eyes open, feel his sweet little hands stroke my face, snuggle to sleep at night. I would never get to see him dance like a silly little kid with his siblings, or any of the other many milestones I had been looking forward to. A part of me died that day and yet I had a husband and seven other children who needed me so I had to be strong and I couldn’t just collapse.

All the things like going to the funeral home and picking out the prayer cards, going to the cemetery to pay for the grave site and get the things to choose a grave marker and to stores to get Christopher a rosary and try to find a baptism blanket to be buried with- no one should have to go shopping for things to wear to your child’s funeral, but that’s exactly what we had to do.

Someone anonymously donated a beautiful wooden casket handmade from monks in Iowa. Christopher had a full funeral just like someone that had lived a full life. The church was full and the support from our church family was overwhelming. The children’s choir sang for it, parents pulled their children from school to sing or serve for it. It was a rainy cold October day, one of those days that was perfect for a funeral.  It was as if all the angels were weeping with us for our loss. Although I can remember clearly every detail of those days, even now two years later, it was a very surreal experience and like it wasn’t us going through that nightmare. Even now it seems as though I am remembering a movie I watched. My arms physically ached for a baby.

It took a couple months before I was able to put the baby things away. I was gifted a beautiful prayer shawl from some online groups I am a part of and a beautiful quilt made in honor of my Christopher. The outpouring of support from women I had never even met in person as well as the ones that were dear to us, words can’t even describe how it made us feel.

In April of 2012 we were blessed to be expecting again. The pregnancy was extremely stressful and emotional for me. I did everything perfect. I was pretty sick again. I couldn’t bring myself to think about actually bringing a baby home. I got nothing ready for this baby. Everything was good and still I would not let myself get things ready for the baby. Everything looked fine before, too. I couldn’t imagine having to put it all away again. I did knit one skirt and hat for her. When my husband asked if I had changed my mind on making things for the baby I said, “No, she will wear this one way or the other” and he knew what I meant. Towards the end I started having too much fluid again. Zoe Clare came into the world as a healthy baby on Dec 3rd at 36 wks gestation. It was such a roller coaster but one that was well worth it. Of course now we had to come home and get things ready!

I miss my Christopher and no one can replace him. I find myself looking at Zoe and wondering how Christopher would have looked at that age. It is very bittersweet. Now when people ask how many children we have I say nine and explain if they ask why they only see eight. When doing a head count to see if everyone is present I know I am always missing one.

Thank you for caring enough to let me share my story. I pray daily for all those parents that have lost little ones too early. 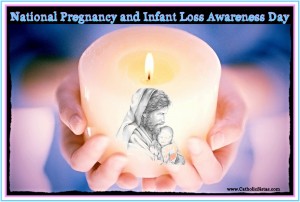 7 Replies to “Christopher: Taken too Early”