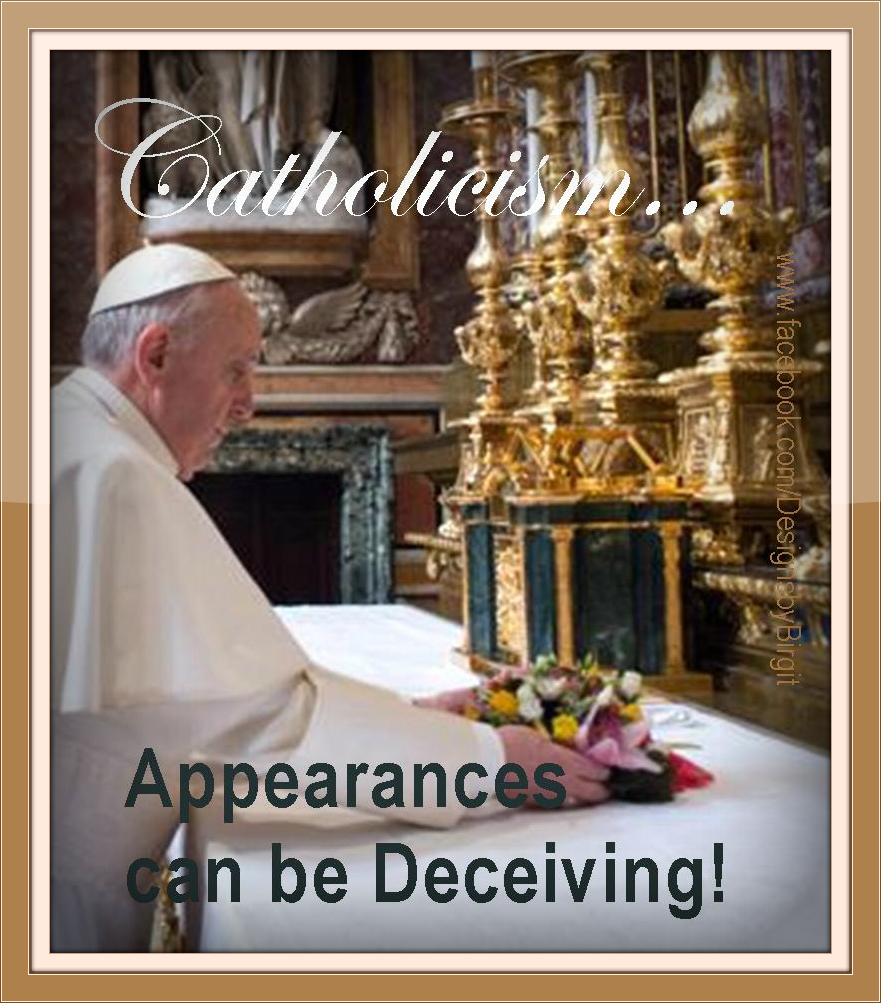 The saying, “the devil is in the details” seems to be more relevant these days. The Great Deceiver consistently works to detour our course toward Heaven. One of his greatest distractions is to instigate rash judgment without proper analysis. Appearances can be quite deceiving and it would be prudent to temper first impressions. Temptation to the contrary is quite prevalent in today’s society as we are fed quick sound bites accompanied by very few legitimate sources. Beware of believing everything you think you see because myths about the Catholic Church abound!

Myth – Pope Francis ignored tyrannical governments and their brutality to the people.

As with other Pontiffs in recent recollection, Pope Francis is buried amid a flurry rash judgments. This trend is sadly common. Remember that Pope Pius XII was derided as “Hitler’s Pope” and Pope Benedict XVI was accused of being a Nazi. Our new Pope has been maligned by accusations of having done too little to help the citizens of Argentina, yet appearances don’t always give a reliable impression. Often discreet assistance is not commonly known. The Vatican as well as other reliable sources have put these myths to rest – at least to reasonably open-minded faithful.

Much to my dismay, a Facebook friend recently posted that she had ‘learned’ something distressing. To her consternation, “the news reported that Pope Francis spent all day praying to Mary on his first day as Pope“. Of course her horror at the idea of this when she, “thought all this time that he prayed to God“, was due to lack of credible information. It is evident that the Catholic idea of ‘praying to’ and the misguided definition pushed by Catholic-hostile press is miles apart. While Catholics understand the Communion of Saints and intercession, the rest of the world equates praying to someone with worship. Big difference! As taught in the CCC, “Because of Mary’s singular cooperation with the action of the Holy Spirit, the Church loves to pray in communion with the Virgin Mary, to magnify with her the great things the Lord has done for her, and to entrust supplications and praises to her”.

Myth  – Catholics know nothing of the Bible and don’t read it.

This is another of those pesky ideas about Catholicism that just won’t go away. It’s also broadcast far and wide by those who either don’t understand Catholicism or have an agenda to discredit Christ’s Church. This myth is easily discredited by simply observing Holy Mass. Every Sunday, Catholics hear/read one reading from the Old Testament, one reading from the New Testament, a Psalm, and a Gospel reading. Add the prayers that come directly from biblical text, and that’s a whole lot of Bible! If one also attends weekday Mass, there is the opportunity to hear/read one scripture reading, a Psalm, and a Gospel reading each day as well. Therefore attendance at Mass for three years is equal to reading almost the entire Bible – all 73 books. Of course, faithful Catholics also read the Bible and the CCC – which is filled with biblical references.

Myth – The Rosary is nothing but the mindless chanting of repetitive words that the Bible warns us about.

This is another misconception fostered by others who either have not taken the time to pursue the truth or those who wish to malign the Church. First of all, Jesus Himself gave us the Lord’s Prayer. He told us that it was the way we were to pray, therefore formal prayer, in addition to ad-lib prayer, must be acceptable. Secondly, the 20 Mysteries of the Rosary are dedicated to remembering and meditating on occurrences that have to do with the Son of Man – Jesus in His human form. Meditation, in the context of Catholicism, involves an active pondering of both the spiritual connotation of the mysteries as well as applying holy example to our own lives and needs. Even those mysteries that focus on Mary, revolve around her ‘yes’ to God.

Myth – The Catholic Church is judgmental and wants to tell everyone how to live.

As the Church founded by Christ Himself, the Catholic Church speaks on the authority of Jesus. He gave that authority to His apostles and to Peter, the first Pope. In the line of succession that followed, this authority is maintained through the guidance of the Holy Spirit. After all, how else could a book (the Bible) written by so many different authors, in the words of these inspired humans, contain the Word of God? In keeping with this authority, the Church has established a way of life for the faithful to follow. This way of life includes avoiding actions that are sinful in nature and therefore forbidden. The full weight of authority comes from God Himself. Who is worthy of questioning His authority? Abortion, same sex relationships, euthanasia, embryonic stem cell experimentation, and human cloning are intrinsic evils. Therefore gentle fraternal correction of these grievous sins, and others, is an act of our love for others. We should strive to become a vehicle for the salvation of, not just our own souls, but those of our brethren. The fact that the Catholic Church refuses to give in to the HHS Mandate, for example, has nothing to do with taking birth control away from the citizens of this country. It does, however, have everything to do with our God-given freedom to live our lives according to our Catholic faith. 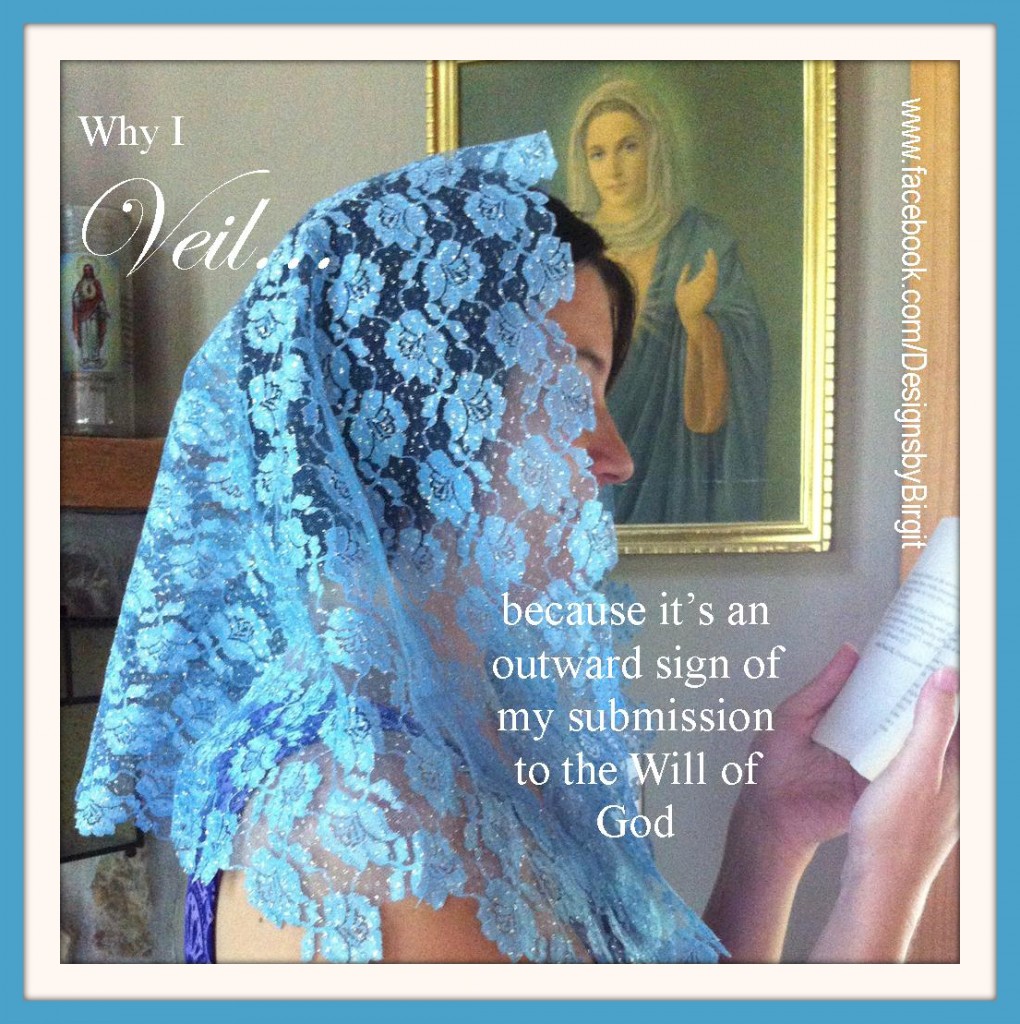 Myth – TLM, modest dress, and veiling = look at me, I’m holier than thou!

In this culture, where properly applied fraternal correction is often construed as judgmental, we see an unfortunate trend of judging others purely on appearances. A humble call for more modest dress (not glitzy finery, just respectful attire) is often met with judgment by some in the ‘don’t judge me‘ crowd. The unfortunate derision that some Catholics receive, simply for attending the Latin Mass or belonging to a more traditional parish is sinfully shocking as well. That woman being judged for being ‘more Catholic than the Pope’ for wearing her veil is, in reality, simply humbling herself before her Risen Lord, Who manifests Himself for us in the Eucharist. Motivation is key, and it would behoove us not to judge someone who is simply trying to put the proper perspective on the sovereignty of Christ Our King.

This is certainly not a exhaustive list – there are many other opportunities to be open to truth rather than making a call based only on appearances. You most likely have your own examples. This Lent, let’s all strive more deeply for the truth, rather than answering the clarion call of the Father of Lies. His aim is to cast dispersion among the faithful. Whether you are Catholic or not – make a commitment to delve deeper into the truth before forming an opinion. The impression of appearances doesn’t always tell to entire story. God bless and let us pray for one another.

6 Replies to “Catholicism – Appearances can be Deceiving”