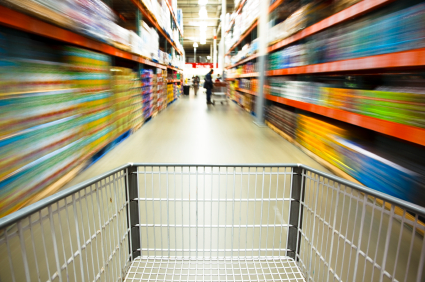 Have you heard of Jennifer Fulwiler? Or her awesomely awesome blog, Conversion Diary? Did you know she blogs for the National Catholic Register?

Maybe you know her as my friend? A few years ago, a mutual friend of ours told me about this former card-carrying atheist who converted to Catholicism…and she mentioned that she had a little blog. Great, I thought to myself. At the time, I was headlong into apologetics and she sounded like the perfect bridge between my knowledge of Catholicism and atheism. We met soon after and I realized we had a lot in common. In fact, I had nearly helped facilitate the RCIA program she went through at my parish!

I subscribed to her blog to keep up. Though we are both local, we have to make concerted efforts to cross paths. I’ve found her advice to be invaluable and instrumental to the success of Catholic Sistas.

I thought the least I could do is send traffic back to her blog. I was laughing so much at this post that I couldn’t resist sharing it here. Living in Austin, and having visited the original mom & pop operation of Whole Foods as a kid, AND having been to the flagship store with my gaggle in tow, I could totally sympathize and relate to her experience, even if it meant laughing at/with her?

If you’ve never visited her blog, please do so! Here is a snippet from yesterday’s post. Tell her I sent you. kthxbai

As soon as I neared the store, I recalled that while it has been a few years since I’ve been inside a Whole Foods, it has been even longer since I have parked at a Whole Foods. It seems that when John Mackey founded this store, he had a Darwinian vision that each location’s parking lot would have about one-third as many spaces as it actually needs, so that only the fittest customers would be able to enter. And the bumper stickers! After a few passes through the rows of cars, I’d read an entire manifesto on health care, women’s empowerment, environmentalism, gay rights, animal rights, and gay animal rights. (If car manufacturers are looking for a way to boost sales, I recommend the Austin: a compact hybrid vehicle with two bumpers, for the customer who has more opinions than a normal car can handle.)

I managed to find a parking spot, which was a small miracle considering that I had arrived during the lunchtime rush. It was like a scene from a B movie, where the mothership had landed and was calling everyone home. Throngs of people were pouring out of adjoining parking lots, coming out from behind trees and parked cars to drift toward the building.

One Reply to “Buying a Cookie at Whole Foods: The story of an epic voyage”