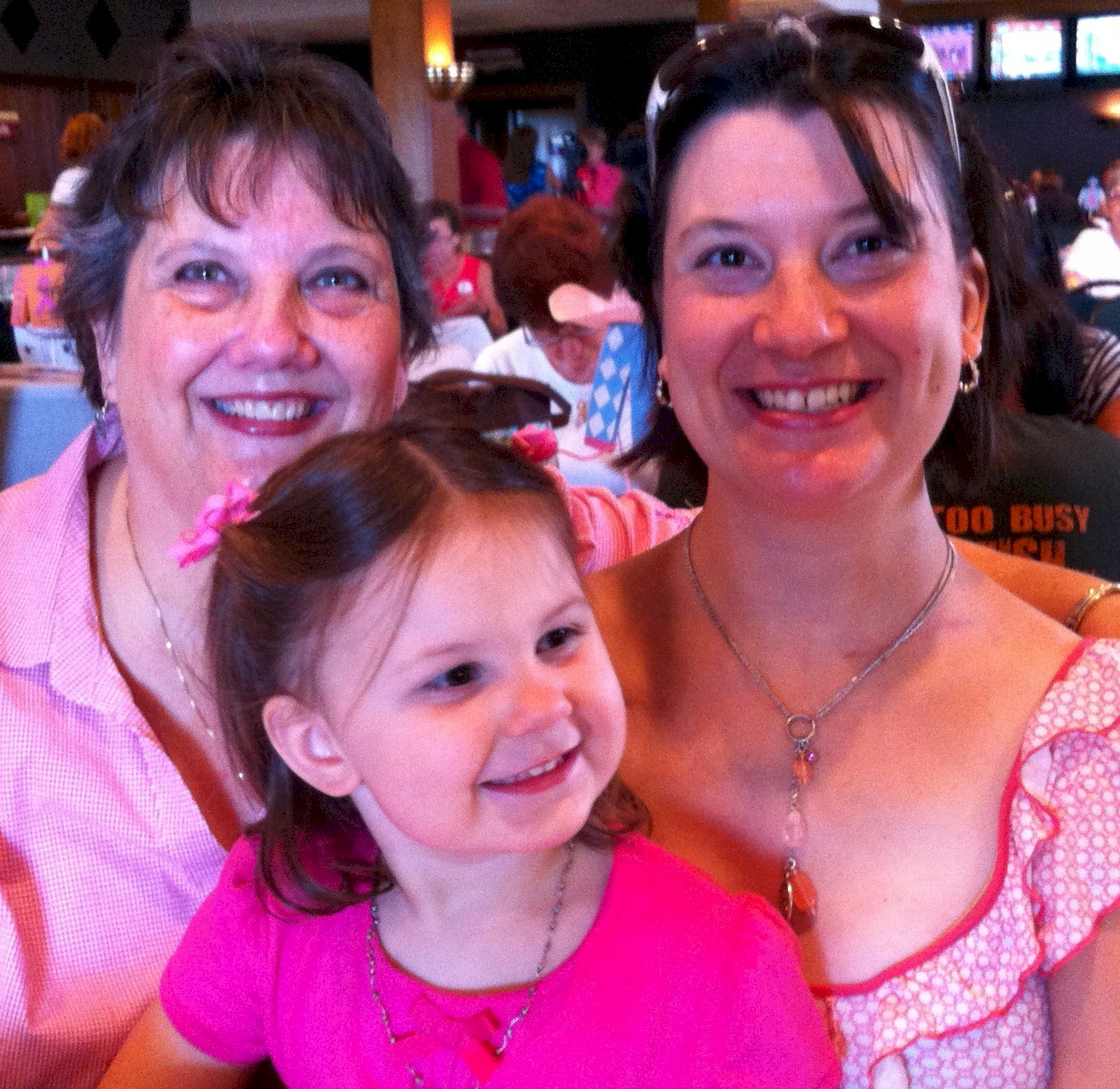 It’s October again… Everything is swathed in pink. Please take the following as advice before you cover yourself in pink for the “cause”… Breast Cancer Awareness Month is a euphemism for “Give us money so we can pay our salaries”! Forgive me if I sound bitter or snide, but I was diagnosed at 28 years old and 20 weeks pregnant and Komen, American Cancer Society, and most (if not all)
big name “Awareness” groups offered me two choices when I was diagnosed: 1) hope that I didn’t die before I had my baby without treatment or 2) kill my baby to seek treatment. However, MD Anderson had (has) been doing chemo on pregnant women for more than 20 years with better results than on similar post-abortive mothers. No thanks to those big-name organizations, not only did I survive, but my almost 3 year old daughter survived as well! We are the fifth and sixth generation of survivors, but only the last three of us have actually survived (my mother is now a 7 year survivor, but her mother died at 58 and her grandmother and great grandmother died in their 40’s).

How did those big organizations “support” me in my time of need? How do those big name organizations further the “cure” by not only killing future generations but also condemning those women who fall for their lies to worse survival rates? Who gains by the continued denials of links or causation of breast cancer by hormonal contraceptives and abortions? Where’s the “cure” there? “Awareness” means less than nothing if erring on the side of caution – for instance publicly admitting possible links/causation between hormonal contraceptives and abortions and breast cancer — and other cancers. It should be called “Brea$t Cancer Awarene$$” because all it does is line the pockets of the organizers while presenting false hope to victims and supporters! 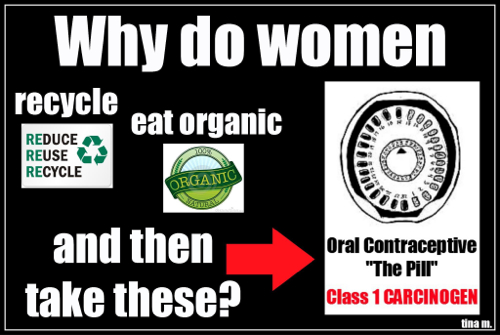 Even if the scientific link between abortion and hormonal contraceptives is weak (it isn’t), women deserve to be told the WHOLE truth about these “necessary” parts of “reproductive rights”. For instance, the link between BPA and the ills it causes aren’t much (if any) stronger than the links between hormonal contraceptives and breast cancer, yet everyone avoids BPA to err on the side of caution. To be perfectly honest, I actually didn’t realize until looking at the journal articles while writing this post, that the type of carcinogenic chemical of BPA is actually VERY similar to hormonal contraceptives (estradiol, estratone, estrogen-like chemicals). Why shouldn’t the big organizations advocate the same type of caution for abortion and hormonal contraceptives? The WHO (World Health Organization) has ranked contraceptives as Level 1 carcinogens. If the purpose of these organizations was truly to reduce breast cancer (and other cancers) wouldn’t they advise women to avoid hormonal contraceptives? Instead, the supposed “benefits” of these “reproductive rights” are said to “outweigh” the risks… as a survivor, if I thought there was something I could do that was completely choice oriented to prevent my daughter from getting breast cancer, you’d better believe I’d do everything in my power to see that she made the right choice!

Where’s the benefit of that type of false “awareness”? T-shirts, bumper stickers, etc. with cutesy “Feel your Boobies” or “Save the Tatas” slogans* don’t actually further the cause of finding a cure or providing real life support for victims. Instead all they do is demean the victims of this horrible disease. Don’t get me wrong, I own a few t-shirts with similar slogans, but I AM a survivor. Plus, most of them (except the “Fight like a Girl” one) were given to me by friends in an effort to lift my spirits by letting me know they were supporting me in my struggle. The friends who gave me those t-shirts didn’t just plunk down $20 for a shirt and consider themselves as supporting me in my struggle. No, they actually DID things to help me: sent notes of care/support, listened while I cried or whined, helped me with a real task in life, prayed for me, spoke to me of courage and strength, etc. The t-shirt was just the physical and remaining reminder that they DID something that actually helped me–even if it was just emotional or mental help. That is the way true supporters can lend a hand to victims of this horrible disease.
Some of the newer more popular slogans are actually innuendos that over-sexualize the disease and body parts involved. The “boobies” I lost during my mastectomy weren’t playthings or frivolous slightly naughty bits–they were nutrition for my son for his first year of life. They were a visible representation of my gender. Sadly, they were also linked, in ways I did not and still do not understand, to my self esteem and self image. Yes, I can laugh about cutting them off because they were trying to kill me, but you don’t know the feelings I hide behind that laugh. I have numerous very real physical scars from the three surgeries to remove and “replace” those body parts, but worse than the physical scars are the emotional ones that no one–not even other survivors necessarily–can understand. Every women (or man, since they get breast cancer too) has different breasts, and her “relationship” (for lack of a better 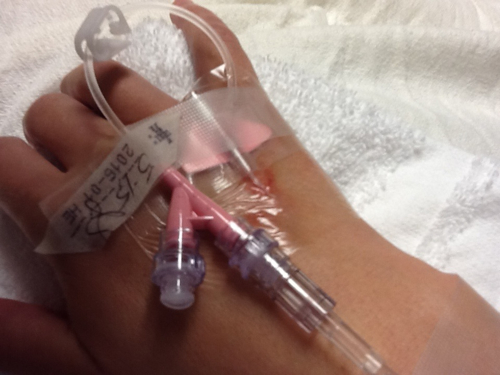 word) is unique to her, so her response to these traitorous body parts and the subsequent removal or alteration of them is different too. Often, women are evaluated by their breasts because we live in a highly sexualized world. So losing or altering this most visible sign of womanhood can be highly traumatic. It’s really only something some of us laugh about because the alternative is crying. When you add the other losses (loss of ovaries, tubes, uterus, cervix, etc) some of us face because of related cancers, the emotional toll rises and hearing or seeing such jocular interpretations of our loss(es) can be devastating.

If you’re aware of breast cancer and want to help 1) find a struggling victim in your neighborhood or area to support, 2) thoroughly research any organization BEFORE donating, 3) don’t play meaningless “games” for awareness sake, 4) open your eyes to the truth of breast cancer (and other cancers) and let others know it, and/or 5) pray for a cure, better survivability, and more real world support for victims. Those are things that really help real people who are victims!

*I don’t mean to pick on just these two slogans, but they were the first ones to come to mind… I have no affiliation or hatred of any of these slogans except as explained above. If it makes you feel better about yourself, by all means wear or buy products with these types of slogans on them. However, don’t expect me (or other victims/survivors) to appreciate it if that’s all you do.
Find more of my story at Erika’s Miracle Journey.