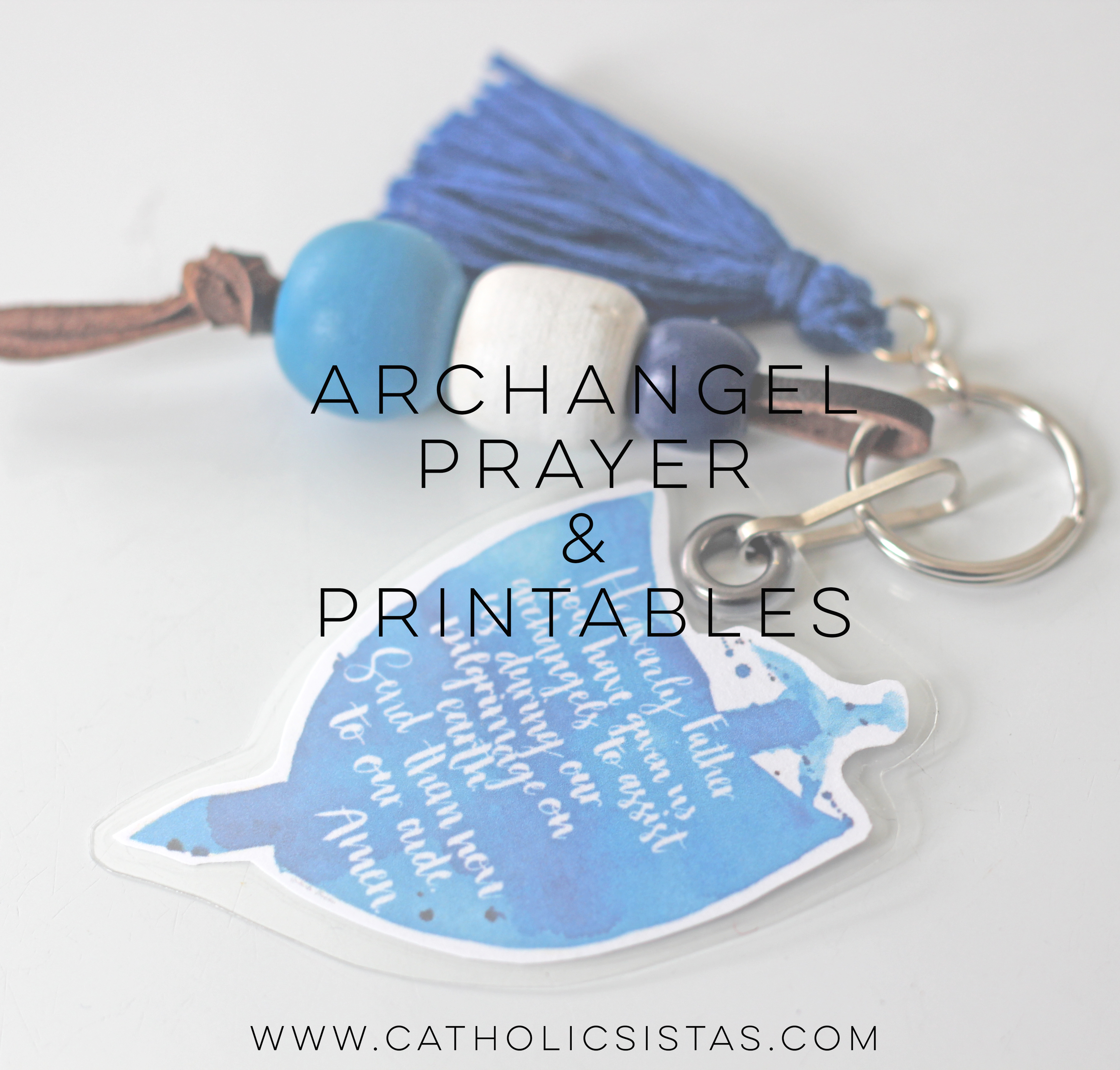 The feast day of the Archangels, or more commonly known as Michaelmas, is September 29. The archangels Gabriel, Raphael, and Michael all played wonderful and amazing roles in the story of the Church. They are protectors, warriors, and announcers of the great Mystery.

Michael, according to Scripture and Tradition, is known as the angel that leads God’s army. He is first to do combat with Satan, and the term Archangel puts him above all other angels. He is only mentioned a handful of times throughout Sacred Scripture, but each time it is as a warrior and protector. He is first mentioned in Daniel, twice. Then he is mentioned once in the Epistle of Jude, where he is spoken of as the protector of the tombs of Moses and Eve. And finally, he is mentioned in Revelation where he and his angels are said to do battle with the dragon. Protector, warrior, leader. And if he does battle with Satan then surely he is magnificent to behold!

Next, Raphael. He is one of the seven Archangels that stands before the throne of God and only mentioned three times throughout scripture. His name means, “God Heals”. In the Book of Enoch, the earth was defiled by sin and claims that it was healed by Raphael’s intervention. Then in the book of Tobit, he was sent to heal blindness and deliver Sarah from a demon. Lastly, because of the healing powers attributed to him previously, it is believed that he is also the angel that moved the healing waters in John 5:1-4.

And finally, Gabriel delivers a message for all ages to come, at the Annunciation. He declares Mary to be full of Grace, and that she will bear within her God made Man. He is mentioned in the Old and New Testaments and is known as “the messenger of the Lord”. He appears to Daniel, Zacharias, and lastly Mary. He isn’t mentioned again in Scripture; however, it is believed that he may be the one to blow the trumpet to declare the Lord’s coming.

The Lord uses Angels to share messages, explain visions, bring about healing, protect people, battle the evil in the world. They are His unwavering servants and are wonderful examples of faithfulness to our mighty God.

Now to the fun! I’ve whipped up a pretty download for you to print to help celebrate the feast day. I’ve also prepared some smaller versions of the same prayer to use as stickers, cupcake decor, or however you’d like to use them. 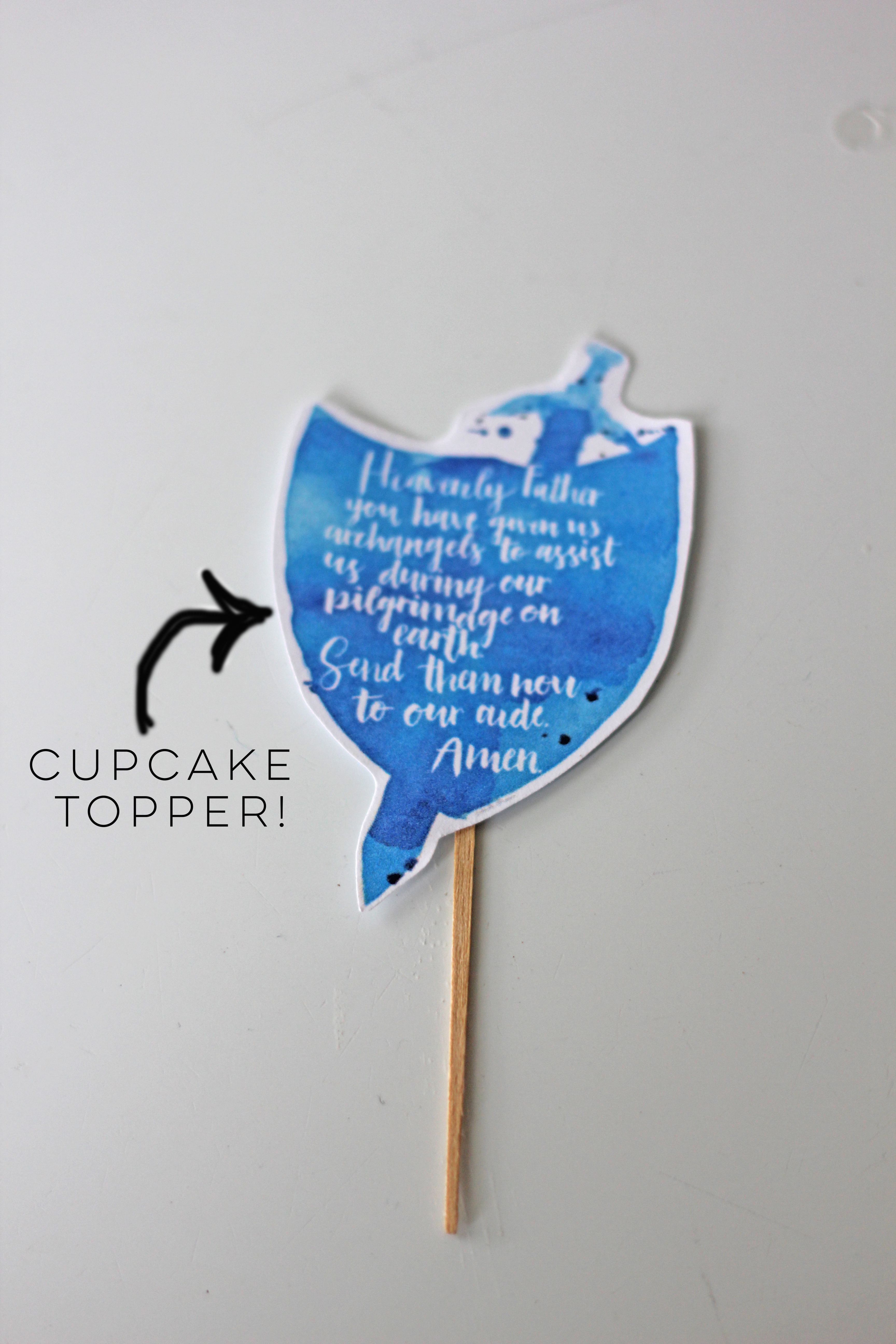 My favorite project with this printable is the binder clip! It was super easy, and fun to make. I picked up some self-laminating sheets at the Dollar Store, which made this a breeze. 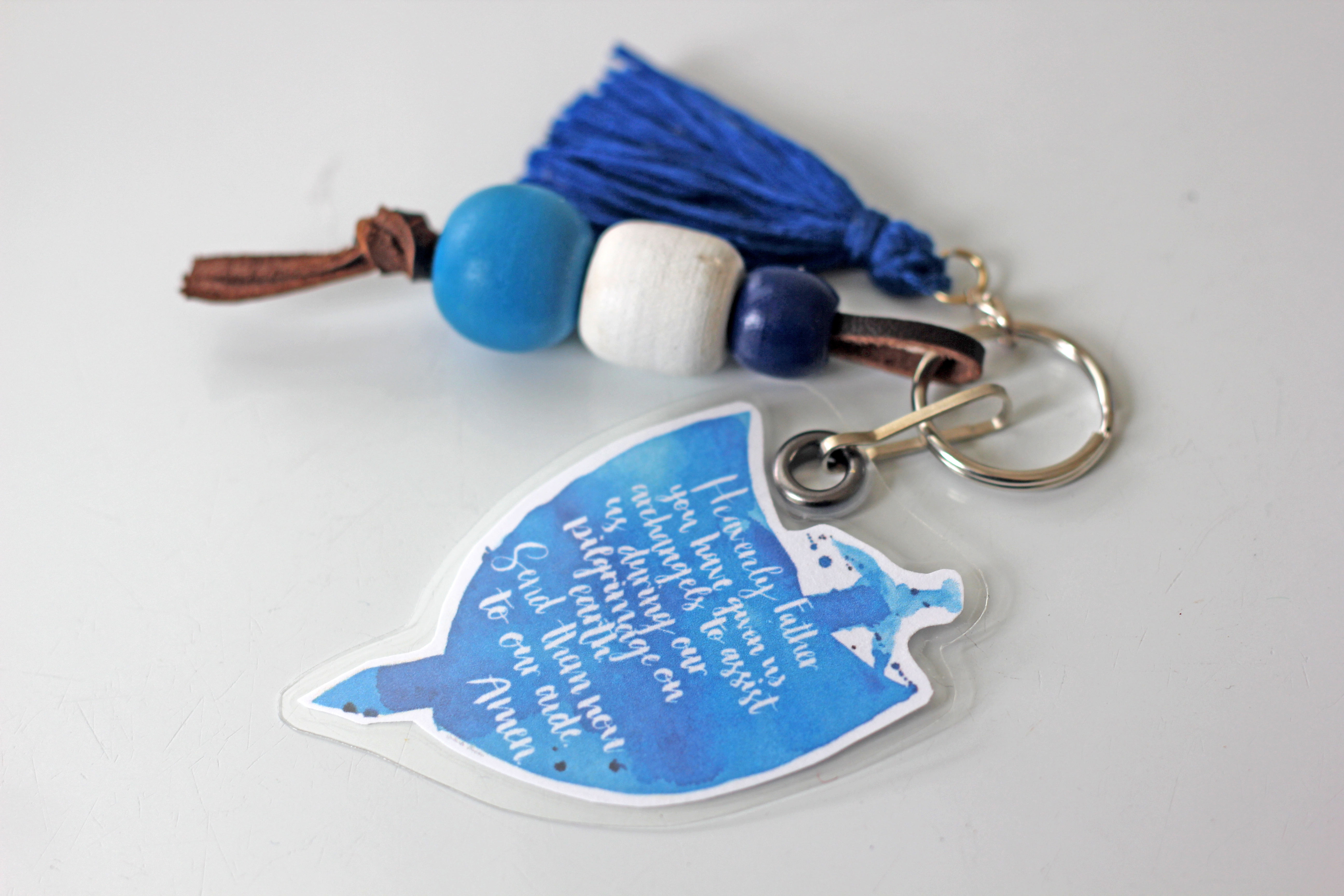 The grommet is optional. It lends itself to making the tag sturdier, however.

Printout the smaller sheet of prayer shields and cut them out. 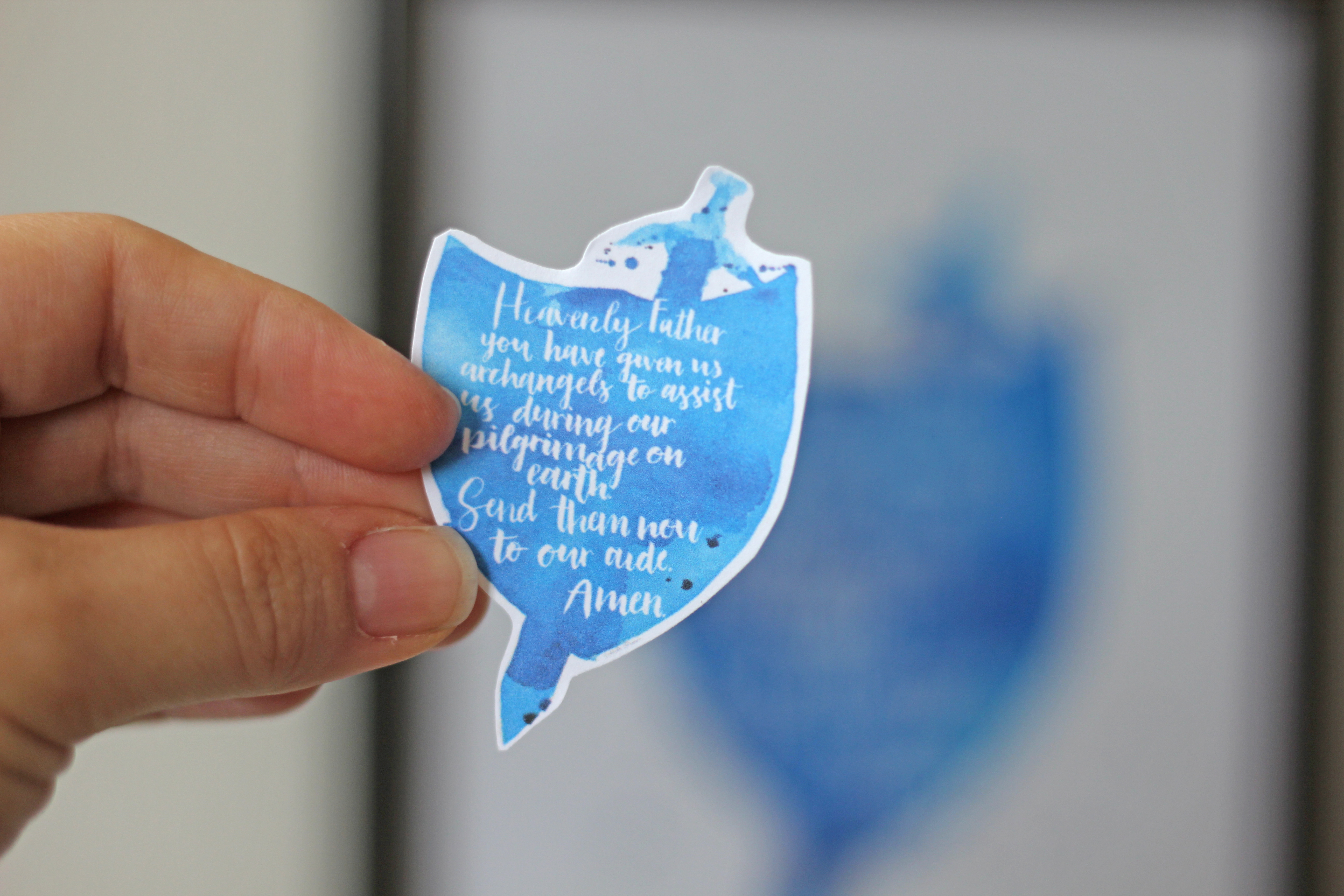 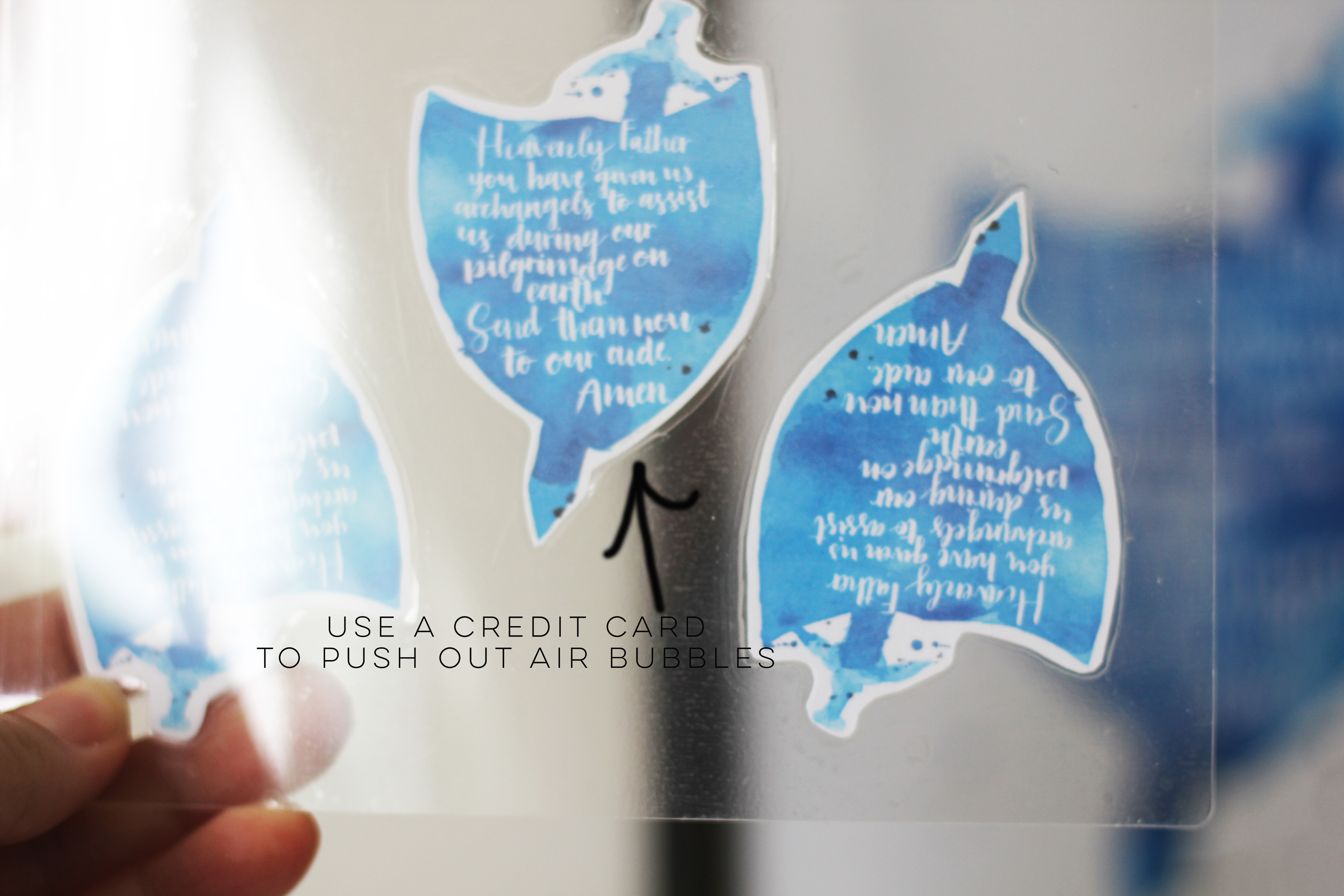 Cut each shield out leaving a small edge, so that it stays sealed inside. I left a bit of extra laminate on one side, so that when I punched the hole it didn’t go through the actual paper shield. If you do want to punch through the shield, you would do well to use a grommet to prevent moisture from seeping in and eventual faster breakdown of the tag.

You can add a string of beads, some tassels (mine are homemade and super easy– made of embroidery floss), some charms, etc. 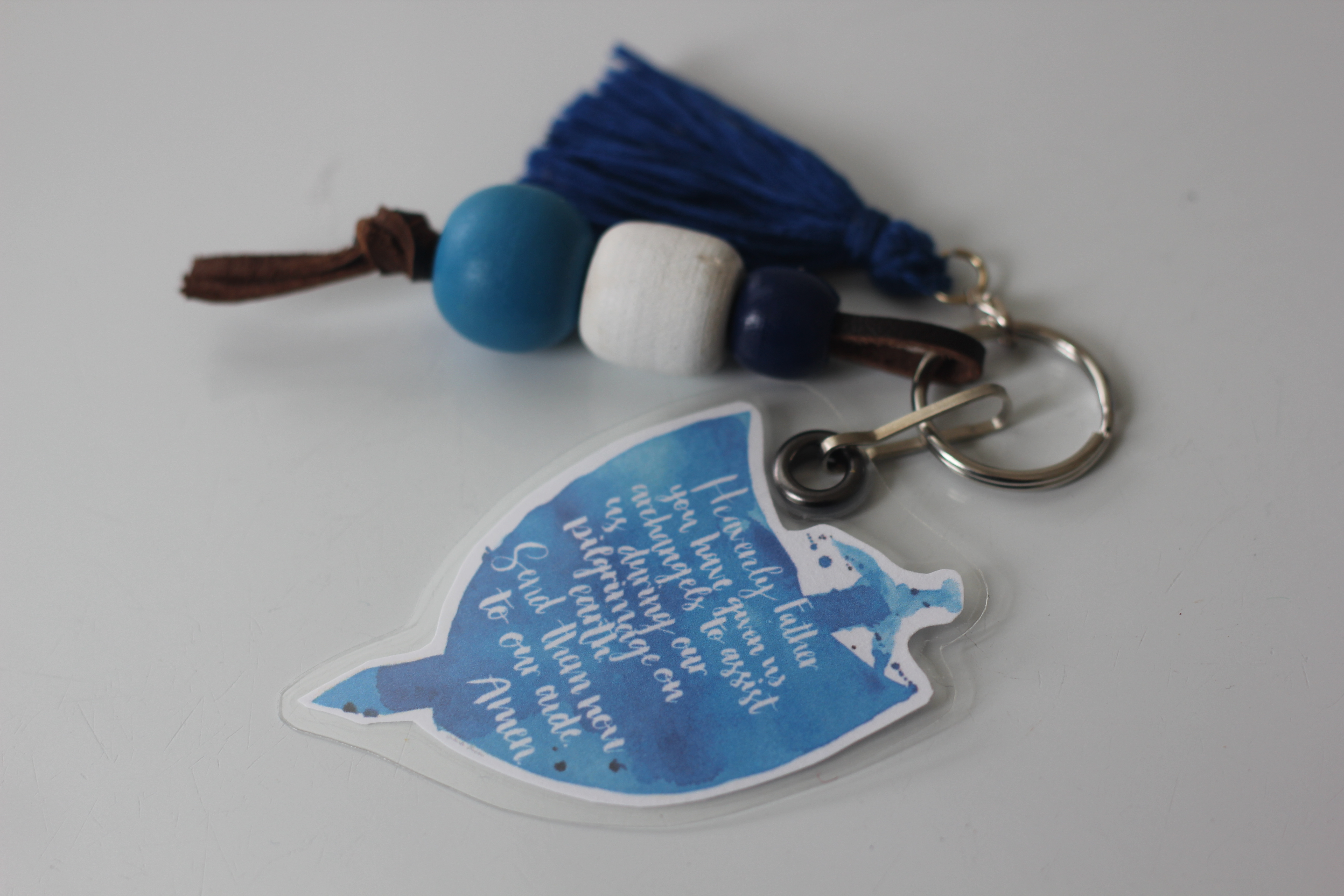 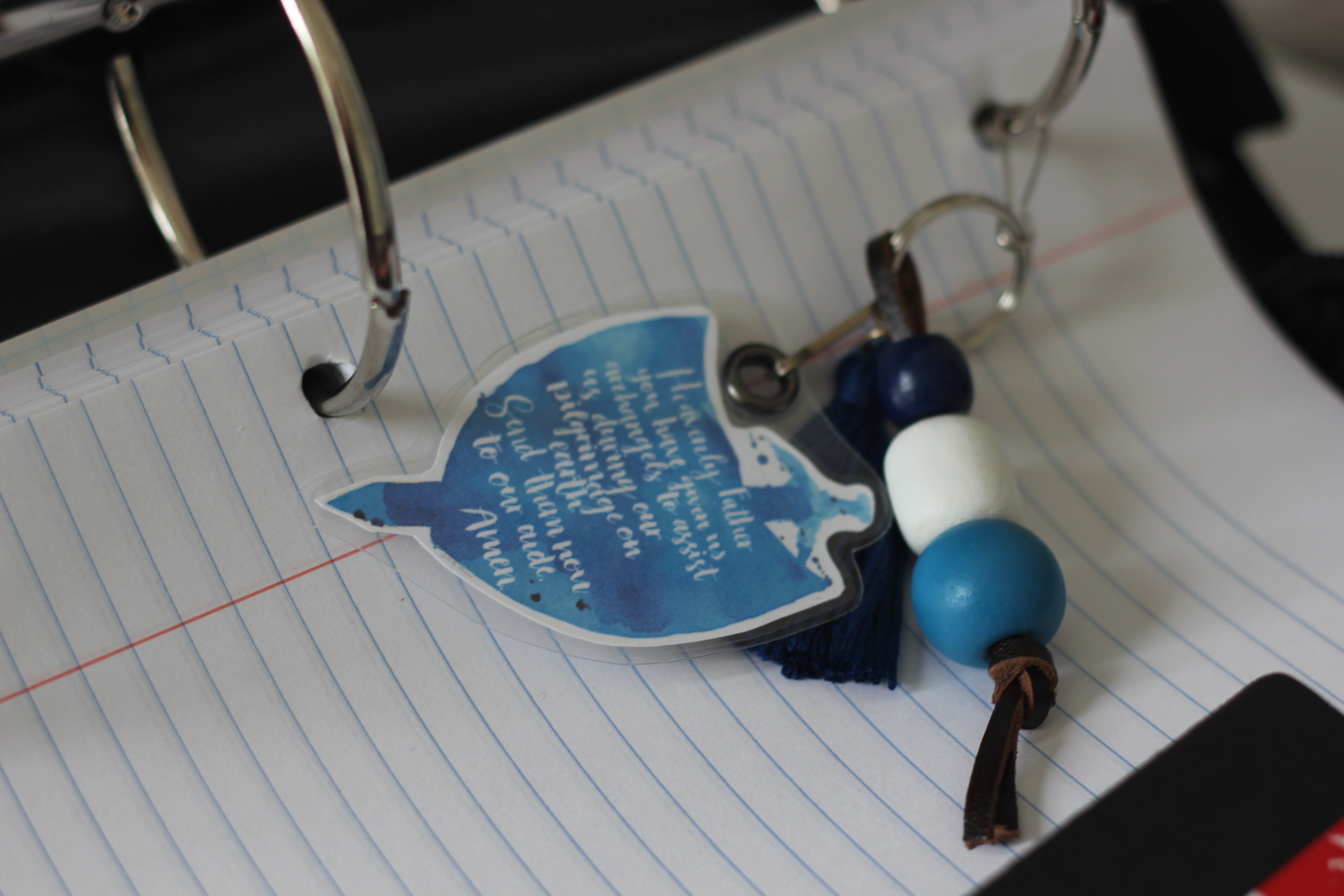 Don’t forget to print out the full-size prayer to display in your home. Both links are found at the bottom of this post. 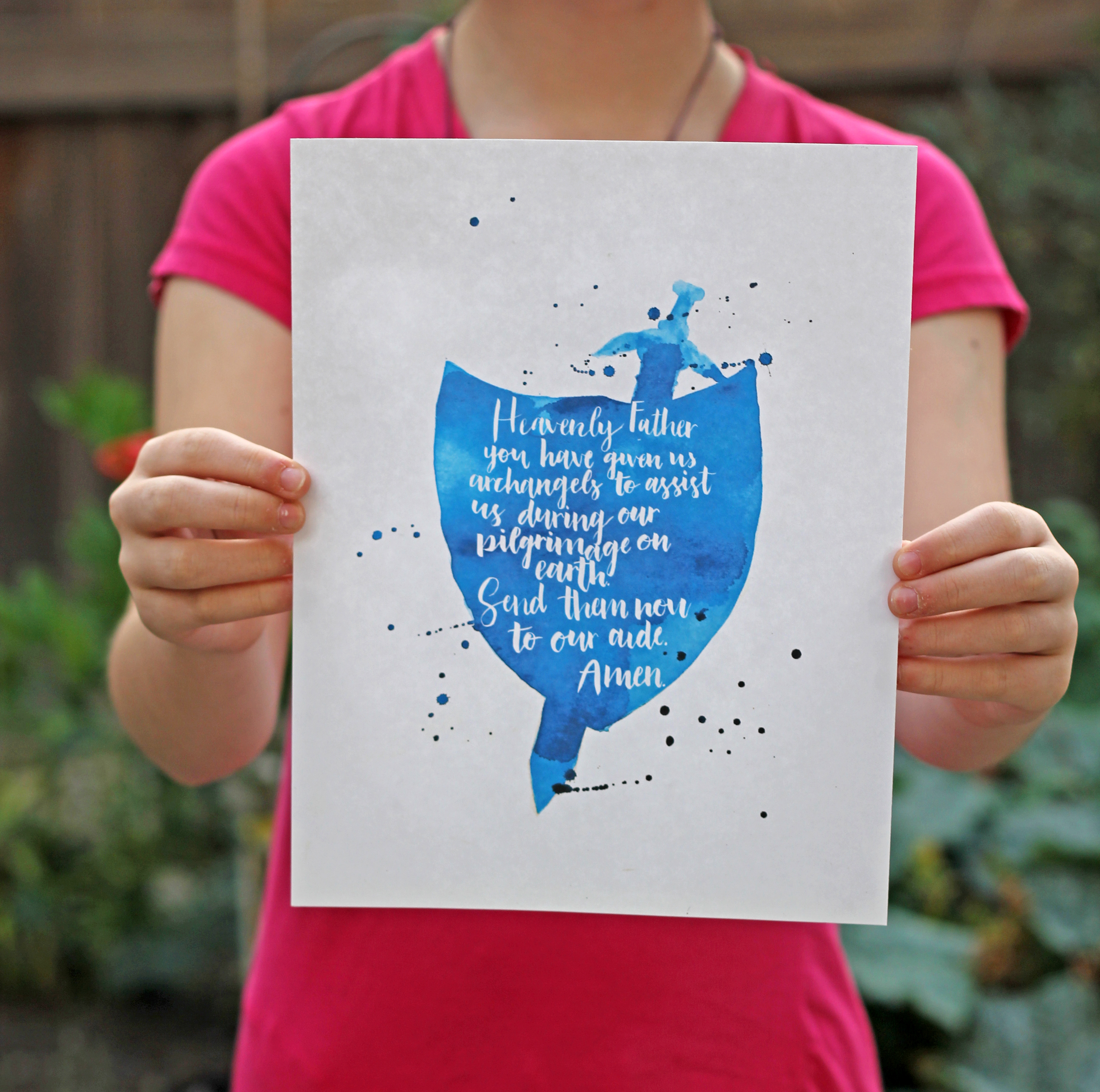 You have given us the Archangels to assist us during our pilgrimage here on earth.

Send them now to our aide.