The title just about says it all: North Korean officials just announced that they intercepted travelers smuggling powdered baby flesh pills from China under the guise of “stamina boost pills.” I bet you are just about ready to throw up right? Yea, that was my first reaction too. Absolutely… Sickening…  Beyond… Belief.  Evil and corrupt Chinese hospitals and abortion clinic staff members are reportedly being “tipped” to illegally deliver aborted and stillborn baby bodies to 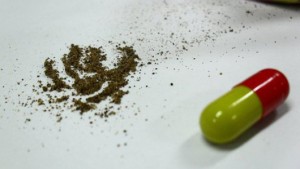 “medical companies” who then store the remains in personal refrigerators of those involved in the gruesome trade. Babies and children ALREADY BORN are also reportedly placed in rooms throughout China to slowly starve and die.These children are unwanted because of the one child policy in China,  so they are purposely left to slowly die alone.
The bodies of all these unwanted babies are then placed in dehydrators until they become brittle enough to pound into dust, which is then mixed with a some other herbs to try and cover the smell and taste. This aborted baby dust is then encapsulated and sold for human consumption. The pills are supposed to be “super medicine” and many are involved in the illegal trade in order to obtain the pills. Testing was done on the pills after being confinscated and were found to contain very harmful super  bacteria. So not only is the making and contents of the pills beyond disgusting, they are potentially very dangerous for human consumption. Comforting eh? Full article can be read HERE

Where do I begin? First let me link back to the last article I wrote in relation to this very subject. Baby Drowned In Bucket After Failed Abortion
So Chinese hospitals and abortion clinics are brimming over with aborted babies as they abort approximately 13 million babies yearly with the majority being forced abortions against the mother’s will. Many of the mothers will finally consent to the abortion rather then being beaten brutally or imprisoned by Chinese officials.If they don’t consent then they are tied down and violently forced to abort. Their babies are chopped to pieces with scissors or they are shot in the head or heart with poison. If the baby still comes out alive they are drowned or their skulls smashed in. So how exactly are the bodies of over 13 million babies being disposed of? I guess we just got our answer huh? Sold to companies who use the aborted remains in pills, food, cosmetics, etc.
Before you totally demoralize China for this, keep in mind we do it in this country all the time, though for different purposes.

People still can’t seem to wrap their heads around this and or accept that stuff like this is actually going on ALL THE TIME around the world! Would you be surprised if I told you that fetal cells are indirectly being used in your common food and drink you buy from the grocery store every day? Be prepared to have your stomach turn….

Products that use fetal cells in their testing/development:

The manufacturers of these products  employ the company Senomyx ; which develops “taste and smell enhancers” for many large food and beverage companies. Sonomyx uses Human Embryonic Kidney 293 cells(HEK 293) in the testing and development of their flavors and food enhancers. There is no ingredient directly used in these products, labeled or otherwise, that contains actual fetal cell lines. The kidney cell lines are used EXCLUSIVELY for testing and developing the food enhancers and flavors; not in the actual ingredients of the finished additive. The fact that these companies support the use of fetal cells in the testing of the ingredients they use is appalling. It’s amazing what people are willing to do in order to make a profit.

This is only the beginning of products that directly or indirectly use aborted fetal tissue unfortunately. Many people are also unaware that many of the vaccines being administered today use aborted fetal cells in their development.

The following list was compiled by Sound Choice Pharmaceutical Institute.
Vaccines that use fetal cells in their development:

And of course fetal tissue is being used in cosmetics. The company Neocutis Cosmetics is a very involved partner with Senomynx as well.It is claimed that the products listed below use fetal cells from male babies at 14 weeks gestation. Neocutis admits to using fetal skin cells on their own WEBSITE. 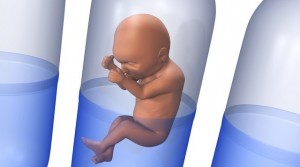 You know how “collagen” is a common ingredient in cosmetics nowadays? Look closely at the ingredients in your cosmetics sitting in your bathroom shelf. Unless it specifies animal collagen or bovine collagen chances are that the collagen was collected from the remains of aborted babies.

Long story short, boycott these companies and products. Don’t support these heinous on-goings. Repeating from my last article, STOP SUPPORTING CHINA! I dare you to go into Wal-Mart or Target and find even ONE toy not made in China. Go to the shoe section and see if you can find one pair of shoes not manufactured in China. You might be thinking “well surely the manufacturing of toys and shoes don’t use aborted fetal cells?!” Well, honestly it wouldn’t surprise me, but that is not the point here… Every time you buy Chinese products you are supporting their communist government. Their government is beyond corrupt and the money is going towards forced abortions and then the selling of said aborted babies. China, among most countries(America very much included) are greedy and they are willing to do whatever they need to line their pockets with cash. Abortion is a HUGE money maker around the world.  Abortions in America alone is bringing in approximately half a billion dollars a year. China, and America have both figured out that abortion alone isn’t the only money maker…They can then sell the dead bodies of babies per pound and make a small fortune; then they make money off the products that the aborted fetal tissue is used in. Talk about a good money maker huh?

So, before we all freak out about these Chinese “stamina boost pills” lets remember that America is aborting millions of babies annually and that the bodies of American babies are being used in products as well. China may be worse at the moment but America is close on it’s heels. What can you do? First boycott all companies who donate to Planned Parenthood(the biggest abortion slaughterhouse in America) You can find a list HERE.  Do your research on the food, vaccines, medicine and cosmetics that use aborted fetal cells and stop purchasing and using! Secondly stop buying stuff from China. You may think that YOU buying Chinese products alone won’t make a difference…But it does! Every cent makes a difference and if everyone stopped buying Chinese products it would make a HUGE difference. I know it is nearly impossible to buy stuff not made in China nowadays so at least make a conscious effort to avoid and start noticing where your products are coming from! If you have a choice between Chinese made or made in another country, buy the latter! I will literally spend hours in the store looking through ALL the products to try and find items NOT made in China.Sure it’s inconvenient but it’s worth the extra effort!  Stop sitting around doing nothing.Stop being ignorant. Boycott and complain to these companies and start spreading the word far and wide! Your work alone may save several babies! We can make a difference and we CAN stop this or at least slow it down by acting and doing our part. Raise your voice and protest! Countless millions of babies will continue to be murdered yearly and their silent cries will go unheard if WE don’t do something!

ETA: Pepsi products were removed from the boycott list due to them stopping the use of fetal cells in their testing and products.They are still in partnership with Senomynx. ARTICLE