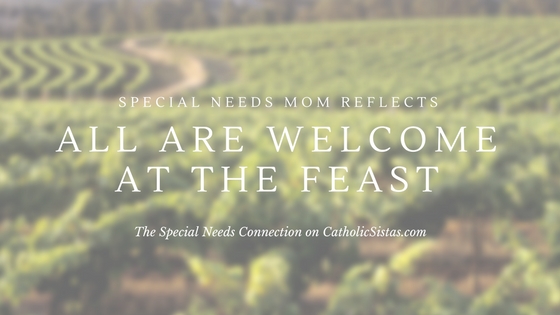 A week after Christmas, after months of preparation, my two youngest children received their First Holy Communion. I had always assumed that while welcome at mass, this particular avenue of grace would always be closed to them because of their disabilities. Jude was born with severe cerebral palsy due to an injury at birth and his older sister, Josie, has profound autism. The actions of a kind nun nearing retirement brought them further into the Church and able to participate in Holy Communion. 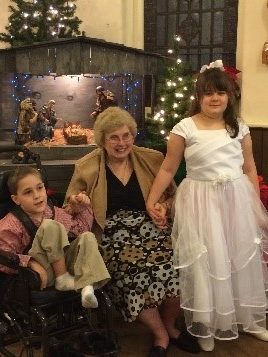 It is amazing the things that happen by luck, or more fittingly, by divine providence. We attend a variety of masses due to my job as a night shift nurse. We were lucky enough to attend a mass honoring the 50th anniversary of Sister Judy Jones of the Missionary Servants of the Most Blessed Trinity, an order that was founded at the very parish we attend. It was there that sister met our children and asked a very simple question, “Have they received their First Communion?” When we replied no, her answer was equally simple, “We will need to fix that.” It was there that they started down the road to receiving First Communion.

We were on a time schedule. Sister was due to retire at the end of the year, and return to the motherhouse in Philadelphia. She made our children her top priority in the time she had left in Alabama. While we thought this wasn’t possible due to our children’s inability to participate in “normal” sacramental preparation, we were wrong. Sister had prepared many disabled children for First Holy Communion, allowing them even greater participation in the Mass. Our preparation consisted of a weekly meeting over a period of six months to prepare the children to receive. They learned more about the mass, Josie learned prayers (Jude is non-verbal), and how to receive.

When the day arrived, it was not a typical First Holy Communion. The Church was beautiful with Christmas decorations, not the typical spring flowers. It also happened during a regular Sunday mass. Many of the congregants had watched our children grow and I am certain that mine were not the only tears of joy shed that morning. When they received, it completed something that I felt was undone, something that made my children “normal.” For my children, it allowed them to truly experience our Lord in Communion, perhaps not an experience either one of them will ever be able to truly verbalize, but one that they both felt. 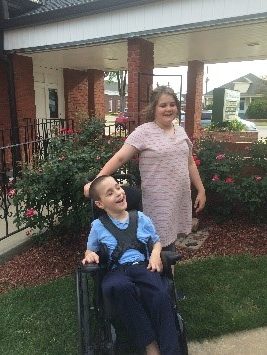 The Lord calls all of us to him, even the littlest, the weakest, and the least able because with him we are strong. He calls others to guide the way for them. We are all called to the feast. 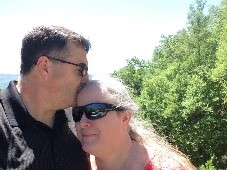 Melanie Miller is a cradle Catholic and registered nurse married 29 years to her husband, Daryl, who converted to the faith 22 years ago.  They have seven children, ranging in age from 9 to 28.  They currently live in Georgia but attend mass at St. Patrick’s Catholic Church in Phenix City, Alabama.