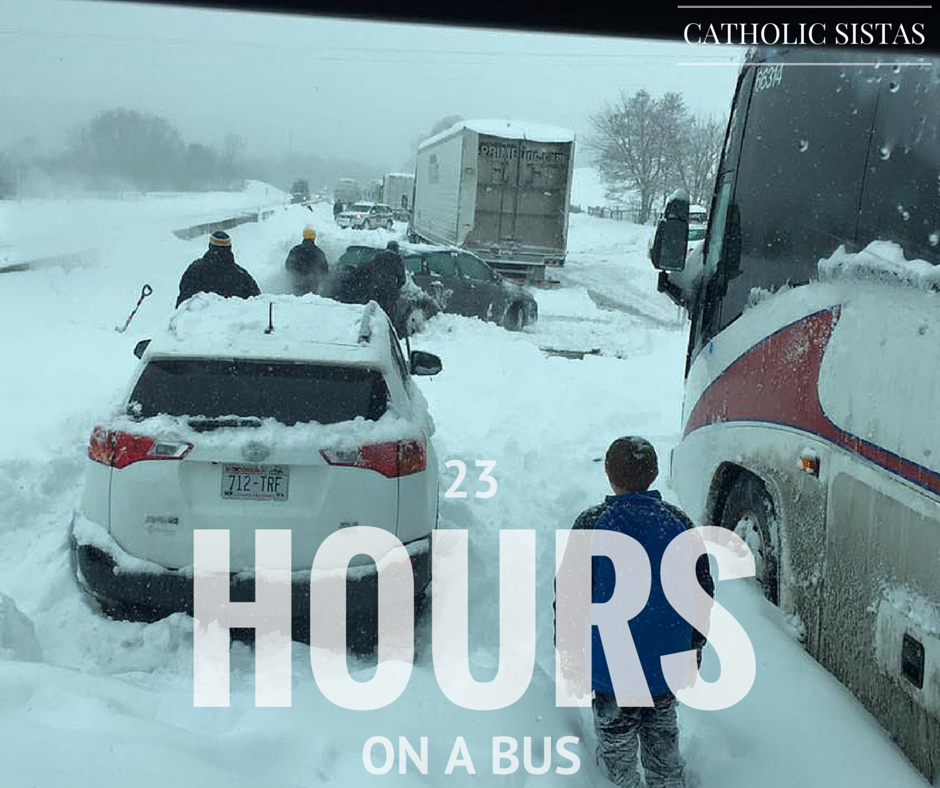 I was seven when I first heard about abortion. I think we had passed a field of white crosses, and my older brother asked about it. My mother took me and my brother and sat us down on the couch. She explained that some people who had babies in their bellies, decided that they didn’t want to have them. So there were places, abortion clinics, that would get rid of the baby. Kill it. My mother cried when she told us about this. I thought at first that she was talking about something that could happen (like our favorite ice cream place closing) or something fictional (like time travelers), and it was only when she did start crying that I realized that this was real. It made my stomach hurt, and I went upstairs and got a prayer card of Mary out and asked very nicely of she would please stop this, and may all the babies in heaven be happy and not miss their moms. Later in the week, at Mass, kneeling for the consecration, and thinking how much my knees hurt, that I remembered what my mother had told me. Then I remembered a story my brother had told me, about a man, captured by the enemy trying to assassinate their leader, who, when asked to surrender had thrust his hand into a fire and said that he would gladly suffer worse than this for his county, and that there was many more like him who would suffer such until they had defeated the enemy. I knelt straight, trying to ignore that pain in my knees, and asked Jesus to make ten babies saved for every second I knelt. I did that every Mass, and wondered if there were other people doing the same thing.
Seven years later, at five in the morning on January the twentieth I stood shivering outside my church, waiting to get on a bus to take me to Washington D.C. for the March for Life. I went, and I’ll never forget how it felt to be there, seeing the hundreds of thousands of people, all there for the same thing, defending those who could not defend themselves, being a voice for the voiceless, storming the heavens with prayers and petitions.
I went the next year, too, loving the way it really felt like we were making a difference. I still prayed every day for an end to this crime, but every year at the March, it really felt like things were being accomplished. So I endured the 24 hour bus ride, the three days of fast food, the cold and snow and wind. Those things couldn’t beat us, but we could beat abortion!

I went again this year. It was tiring, as usual. We got up at five to pack up all our things at the hotel to ready for the youth rally. I was so tired, it felt like I couldn’t even hold my head up. That feeling went away as soon as I stepped outside. It. Was. Cold. We walked as fast as we could to the youth rally, and sat in the bleachers. There was a speaker, singing songs and cracking jokes to get people in the mood. I was vaguely interested, but them the singer came on. His name was PJ Anderson, and he had a band with two electric guitars, a keyboard, some drums and a female backup singer. He introduced a song called “Love Will Heal“. The chorus goes: Hear our voice, we are one, we will fight until we’ve won. Love will heal every heart, we will fight until we’ve won, until we’ve won. I sang it, and felt as if nothing could stop this, we would win, no matter how long it took. In stories, good always prevails over evil, and I’ve always love history because it was stories that really happened, and I was part of this story now, part of a peaceful army, fighting for good. After this was mass, and the priest who gave the homily used Frodo and Sam’s journey into Mordor (in the Lord of the Rings) to illustrate his point. As Sam despaired, lost in the land of shadows, he looked up and saw a star. And he realized that even in the midst of all this darkness, there was light. And that all this shadow would pass away, but the light and beauty would endure forever.
So I felt brave, walking to the pre-march rally, where we stood in the biting cold, listening to speakers. The first one, a man named Shawn Welcome chanted three poems that made me happy and sad all at the same time. He said that this was an abomination, life was a throw away thing, that children were killed and torn apart and sold. He said that we could change this. We were making a difference. We could chip away at this wrongness until the veneer of rightness was destroyed, and people saw this for what it was. Murder. The next speaker read statistics. They said over half of Americans identified as Pro life, that eight in ten people believed that restrictions should be put on abortion laws, that our generation was standing up and making ourselves heard, shaping our world the way we wanted it. We had inherited abortion, but we didn’t want it, and we could end it. And we were making a difference!

I felt like flying. But I couldn’t, so I marched instead. Through the cold of an impending blizzard, shivering in the wind, I walked, knowing that even a snowstorm couldn’t make us stay away, silence us. I saw so many people with signs, marching alongside me, believing the same thing and doing something about it! and we are winning!
We got caught in the blizzard three hours outside of D.C. we were there for 23 hours. It was on the news. So was the reason we had been in D.C. Because we were stranded, because of this trial we had to endure, the March got plenty of publicity, and many prayers were offered during those 23 hours. It was the coldest, longest MFL pilgrimage I’ve ever been on. In the end, the guys on the bus dug us out using two small plastic trash pails, a cardboard box, and their hands. We were hungry, we were thirsty, and we were tired.  But I wouldn’t trade it for the world, because I learned that we were making a difference. My voice is small, but a hundred thousand small voices crying at the top of our lungs will be heard.

We are here.
We are one.
We are winning. 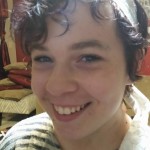 Isabella is a homeschooled high school Junior whose interests include sewing, apologetics, cosplaying, and writing fan fiction. She also enjoys reading, babysitting, and face painting. She hopes to have a career as a Youth Minister.