I Love You! – Or – Homemade Samoas

This recipe is gluten free and dairy free if the chocolate you use falls into those categories.

I sent them to work with my husband yesterday and none came home.  The couple I kept for myself were pretty delicious as well!  You can easily swap a regular shortbread recipe for the base if you prefer.  I just wanted to experiment with coconut flour and it was a success.  Enjoy the step-by-step photos that follow the recipe.

Toast coconut flakes on a cookie sheet until lightly browned.  Stir often to prevent burning.  (this can also be done on the stove top in a frying pan).

Mix together flour, baking powder and salt and set aside.

Pat dough into a 9×13 pan and bake for 12 minutes, or until lightly browned. Move to wire rack to cool.

Bring sugar, water and vinegar to a boil.  Cook until sugar just starts to caramelize.  Whisk in coconut milk, vanilla and salt.  Mixture will bubble up when cream is added so add it slowly and stir like crazy!  Stir in toasted coconut. 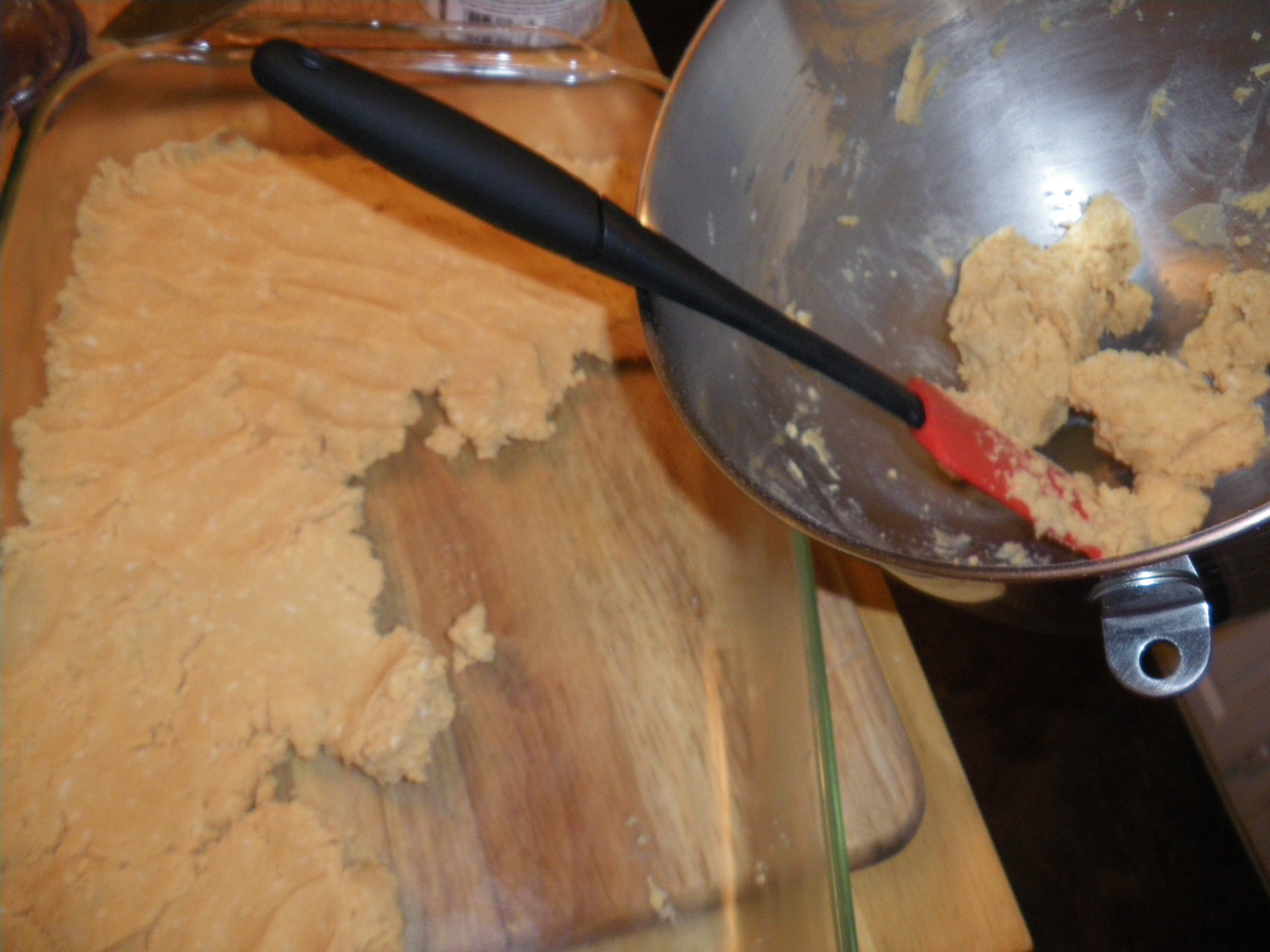 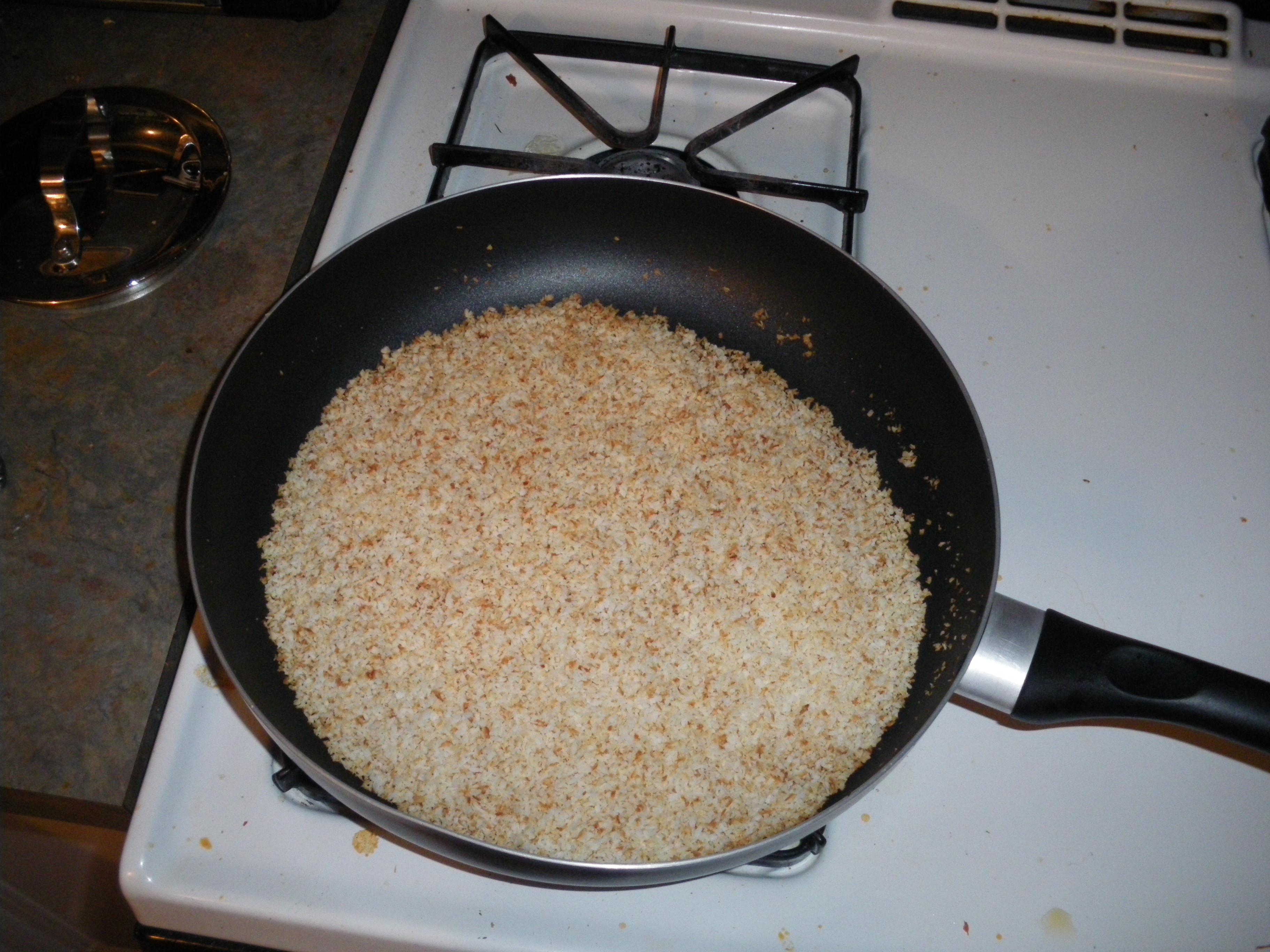 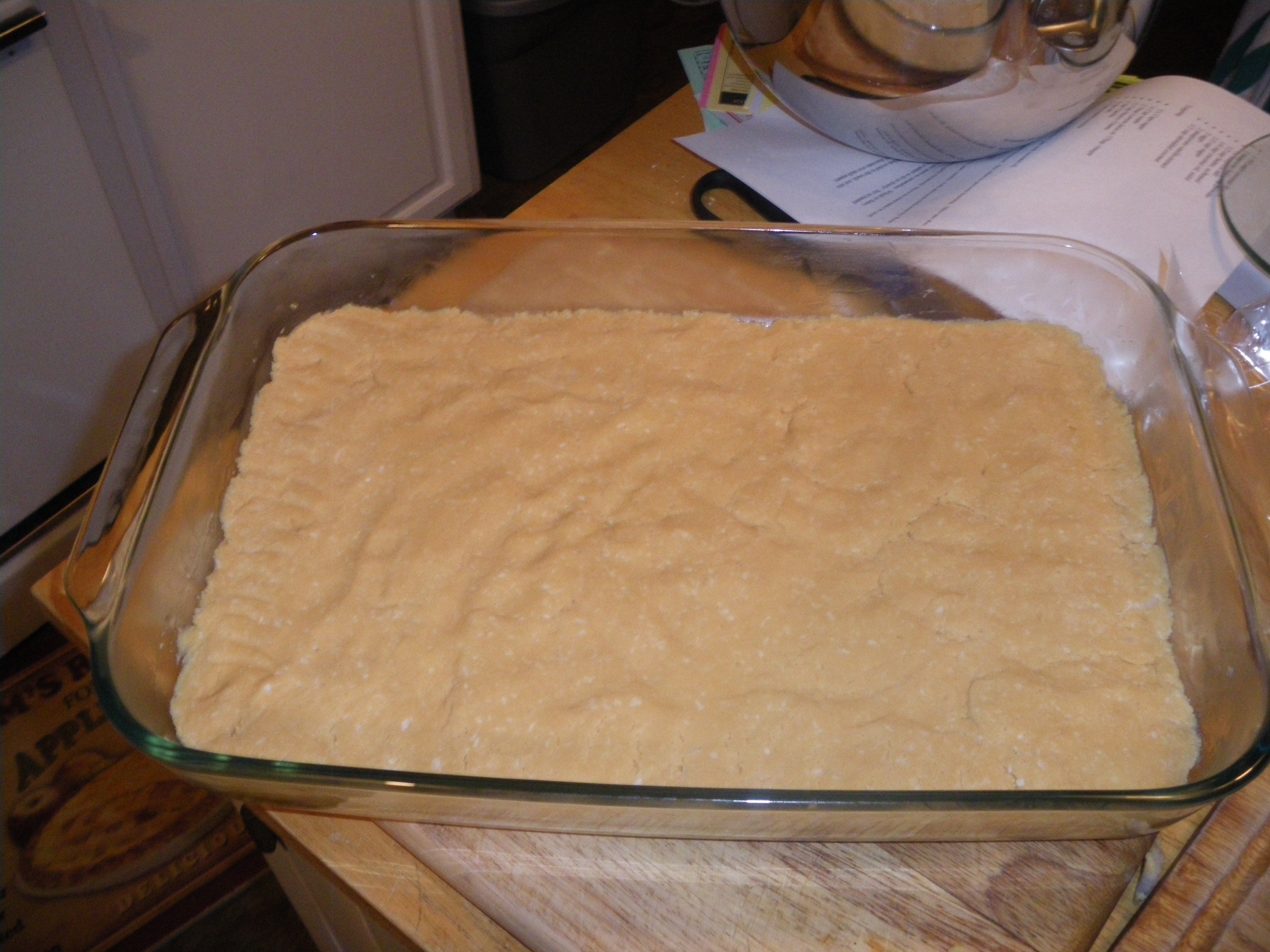 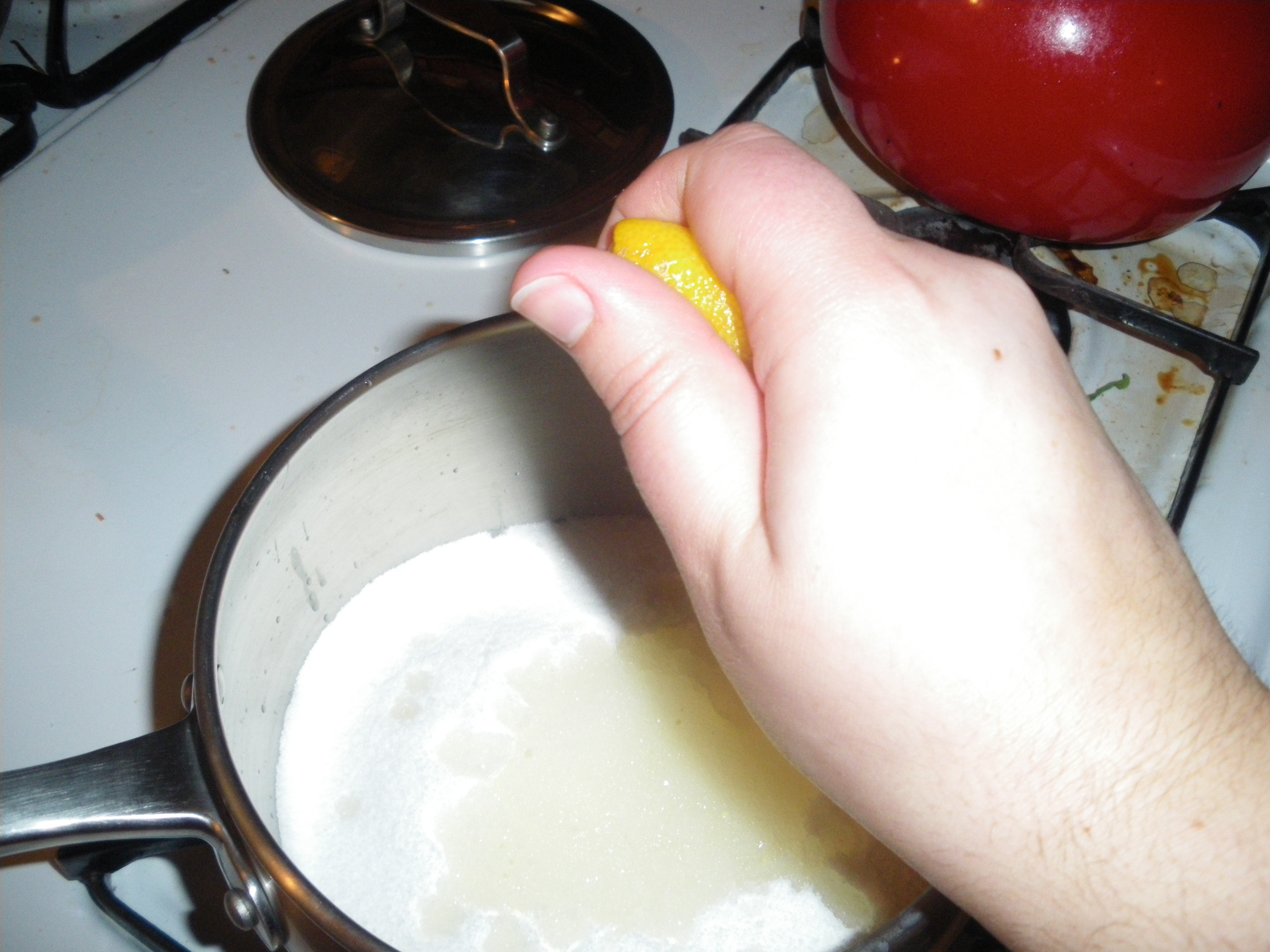 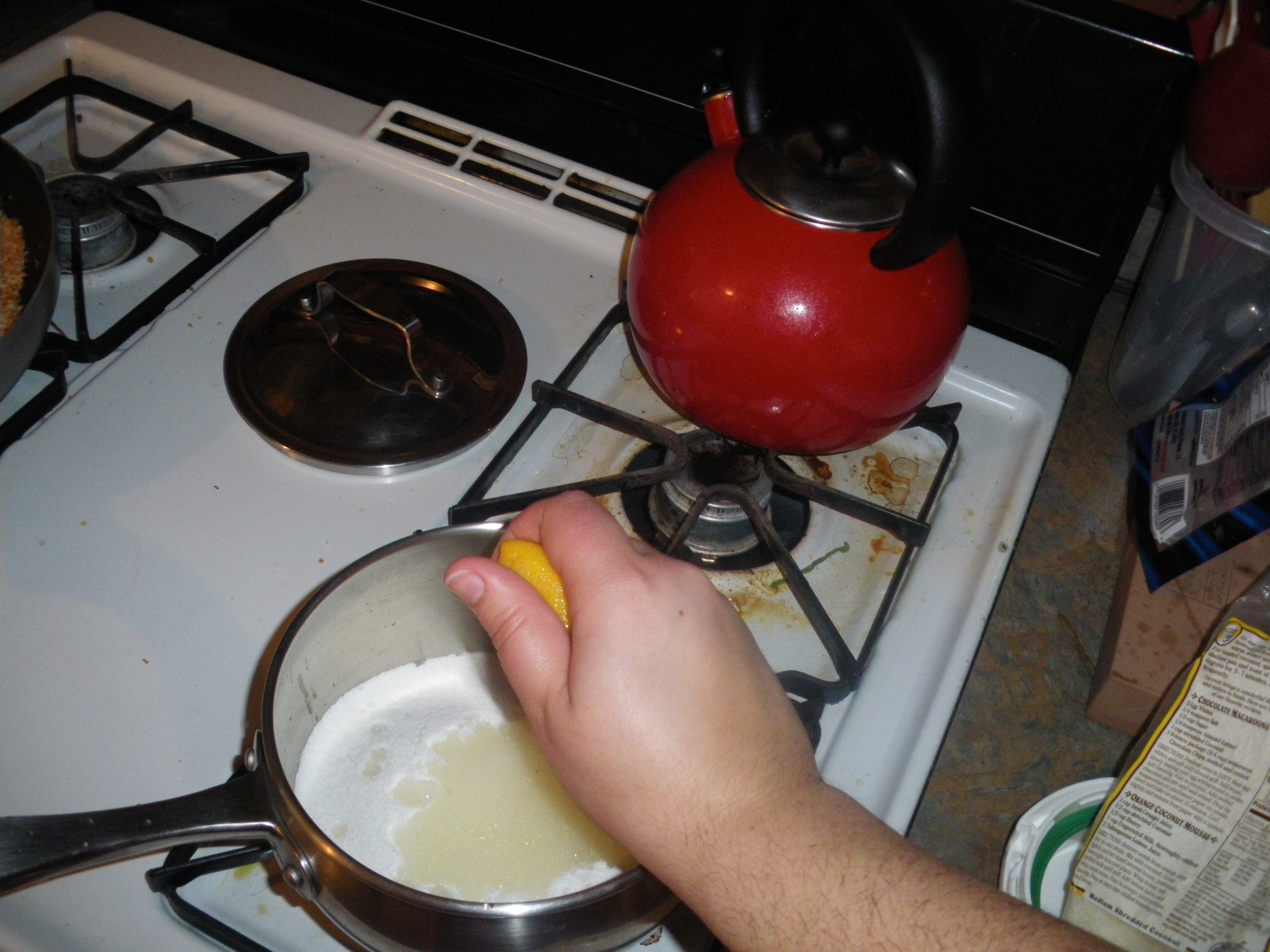 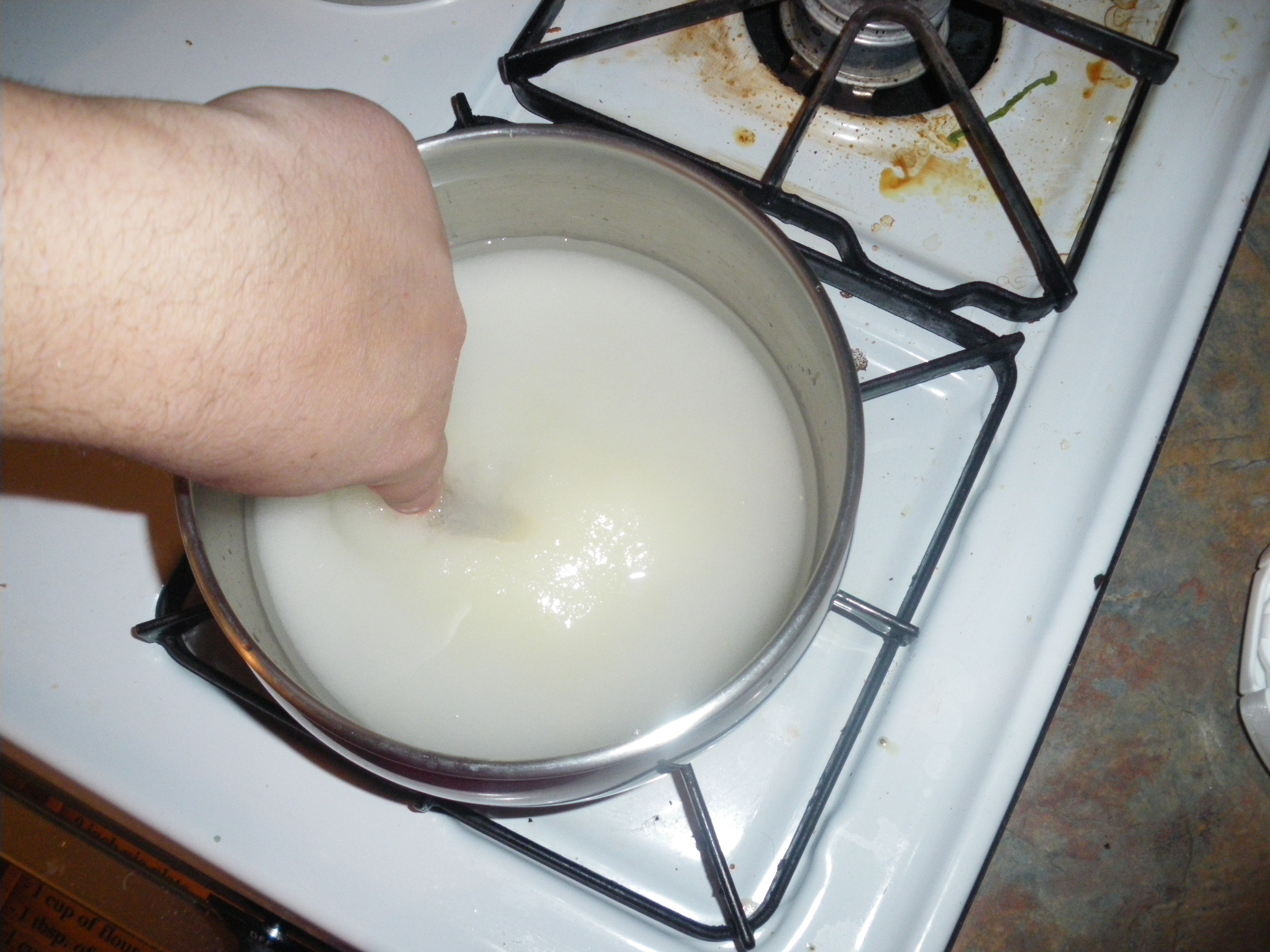 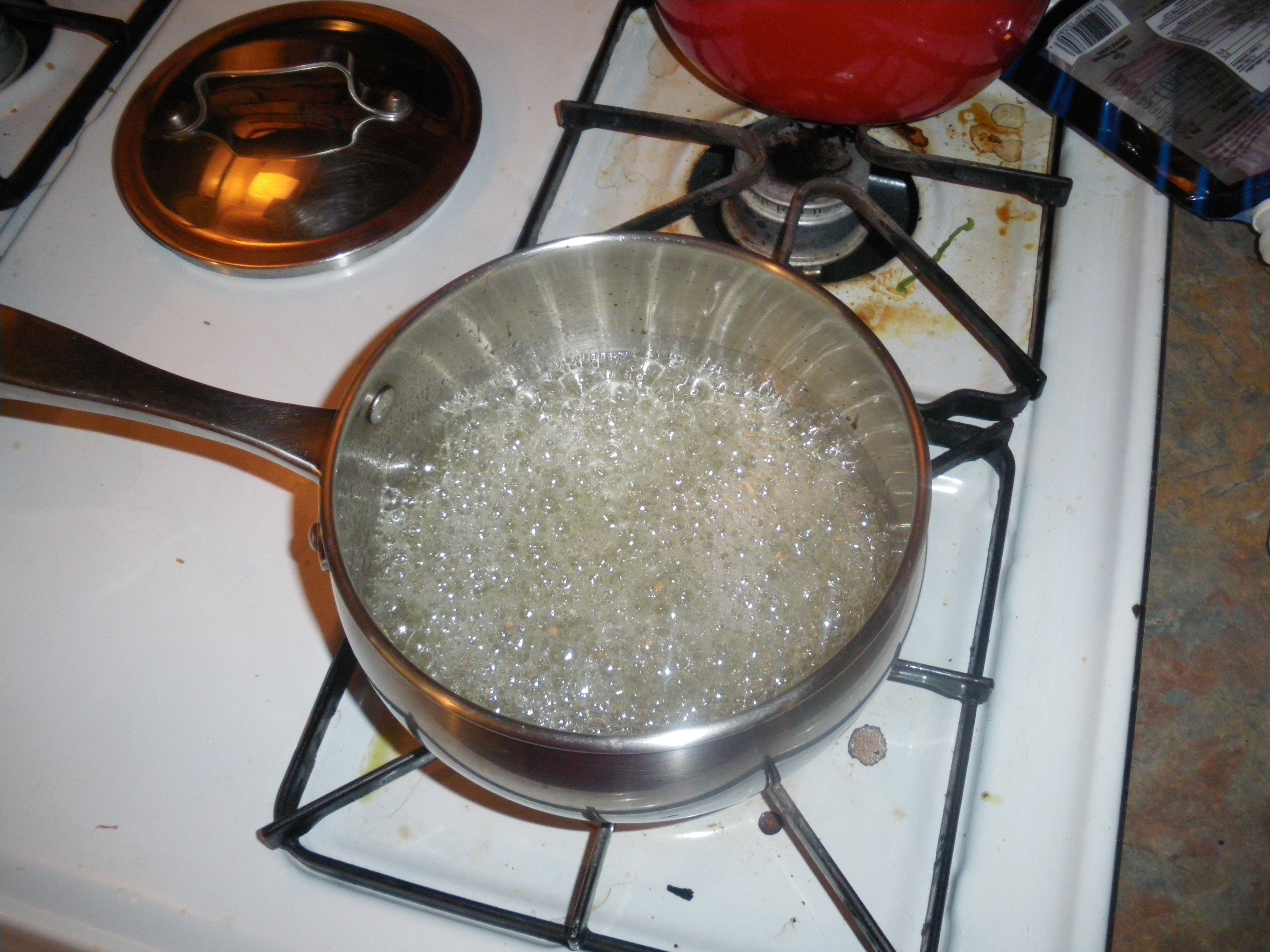 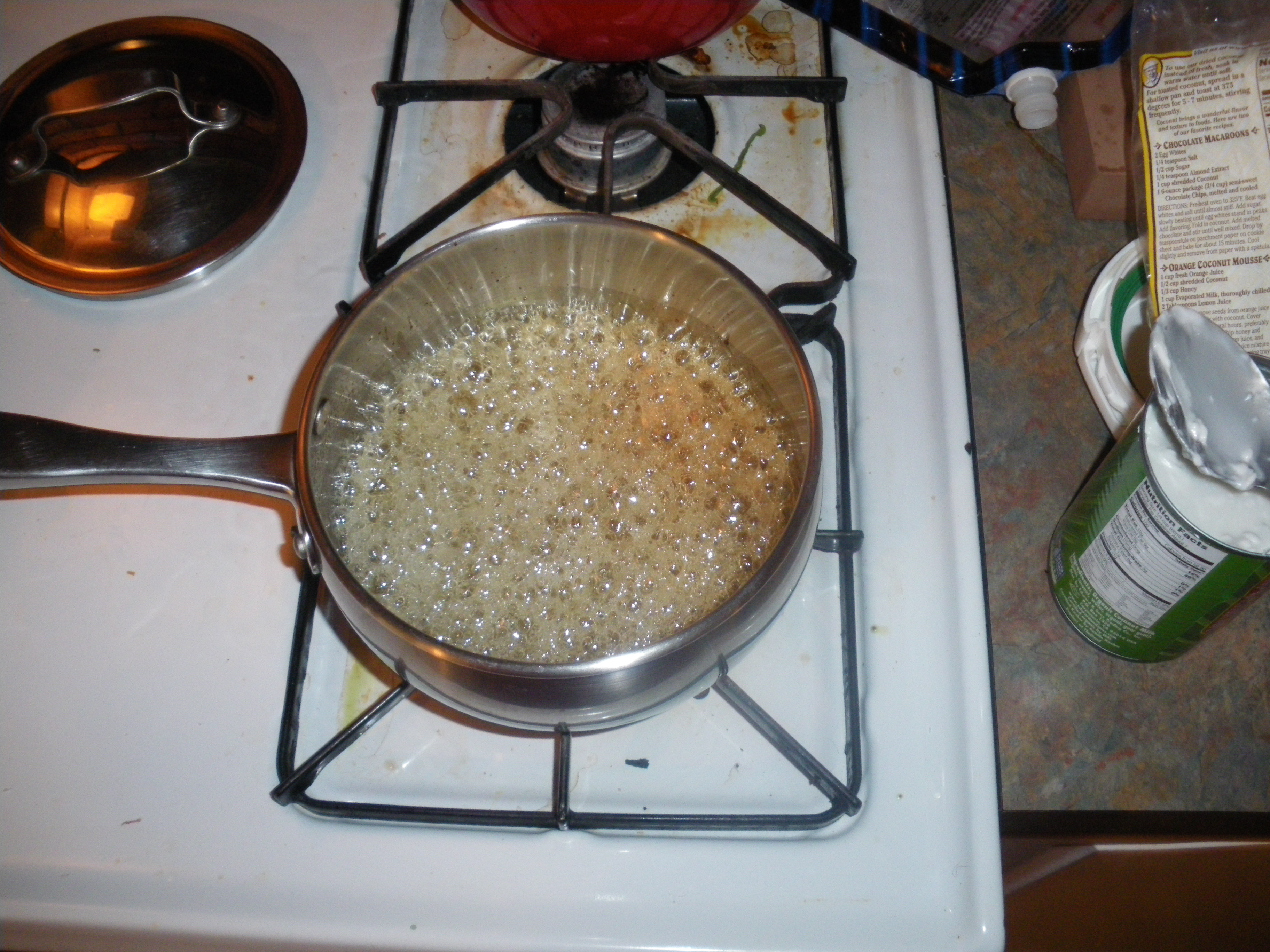 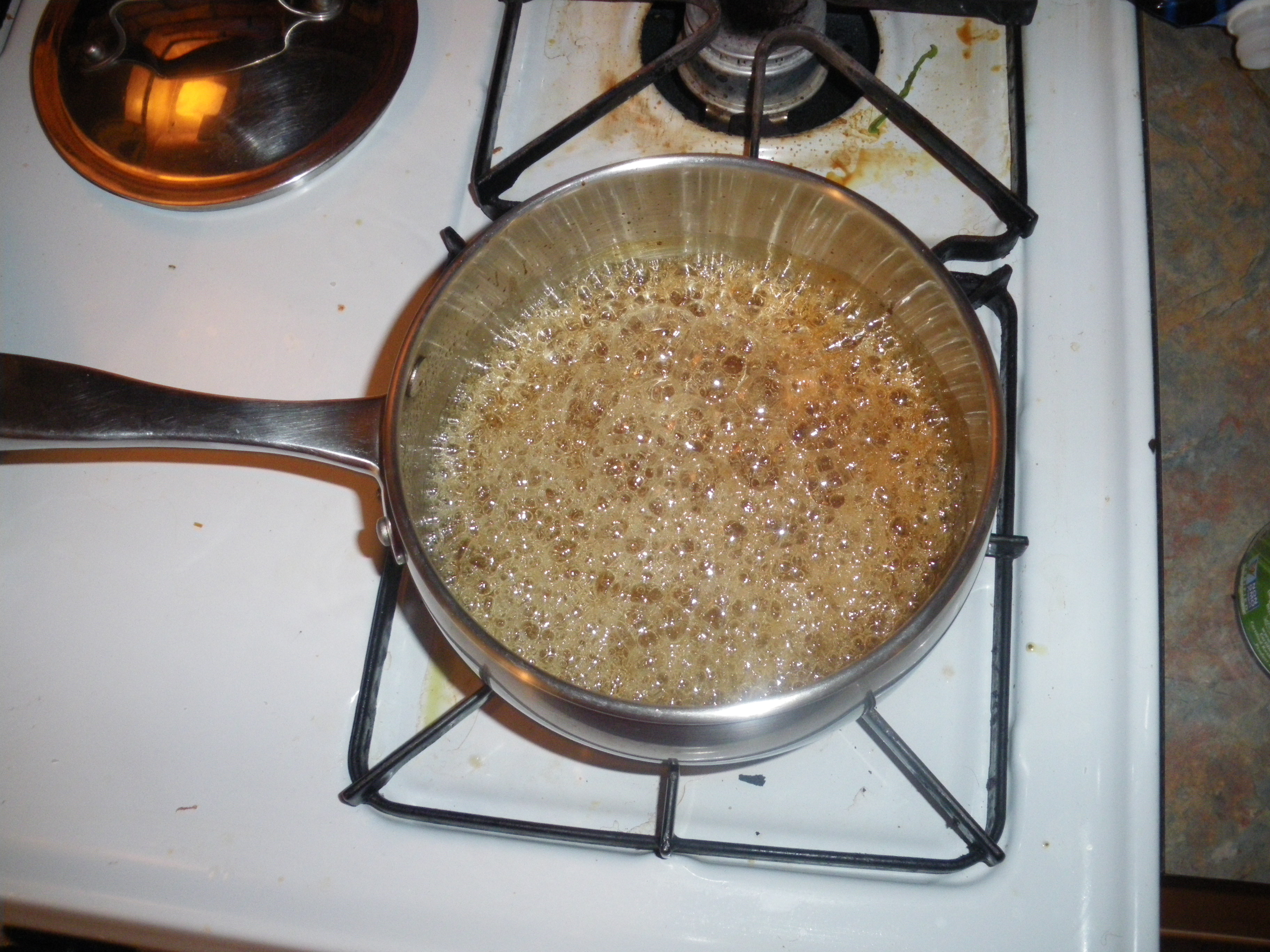 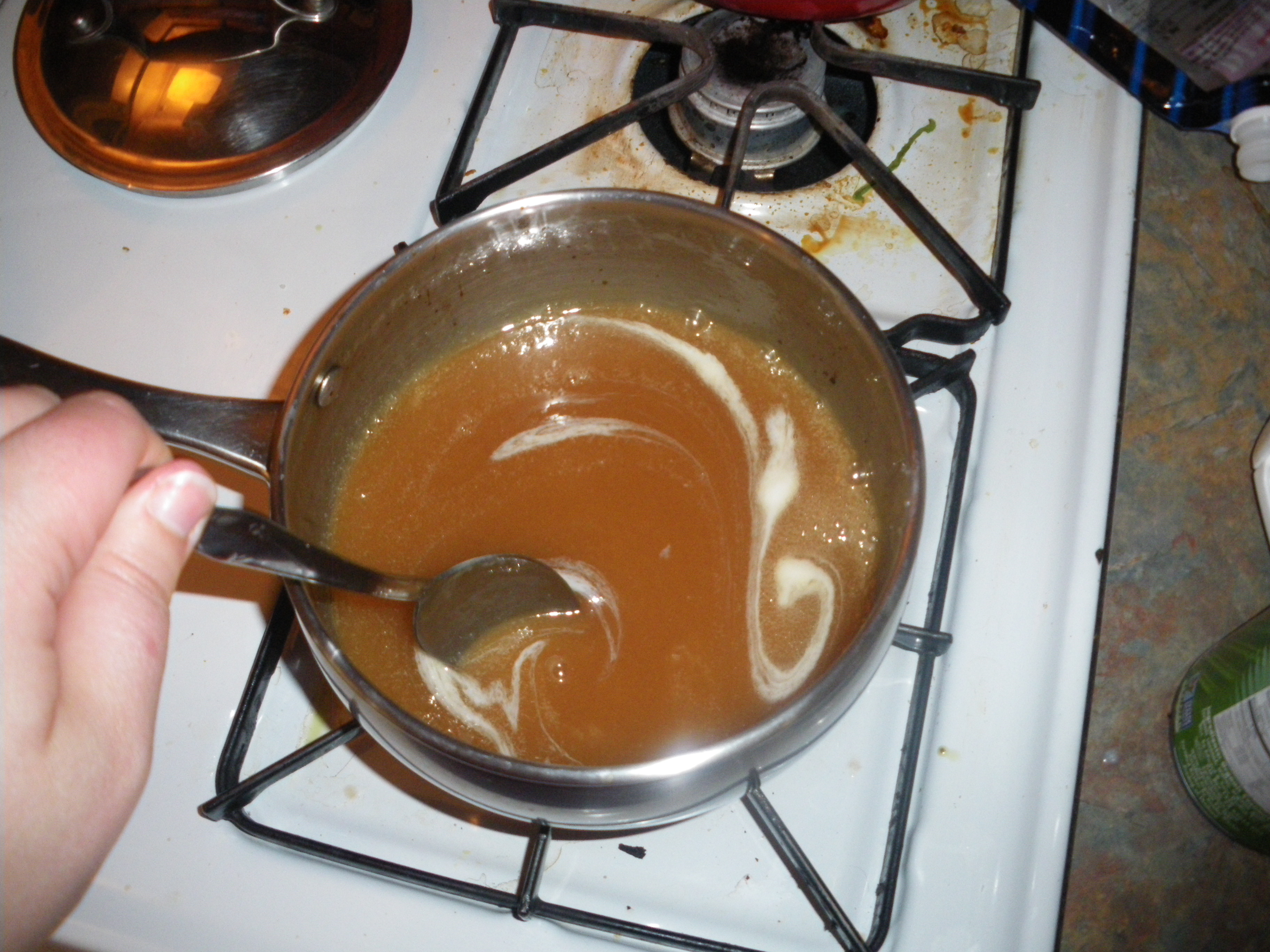 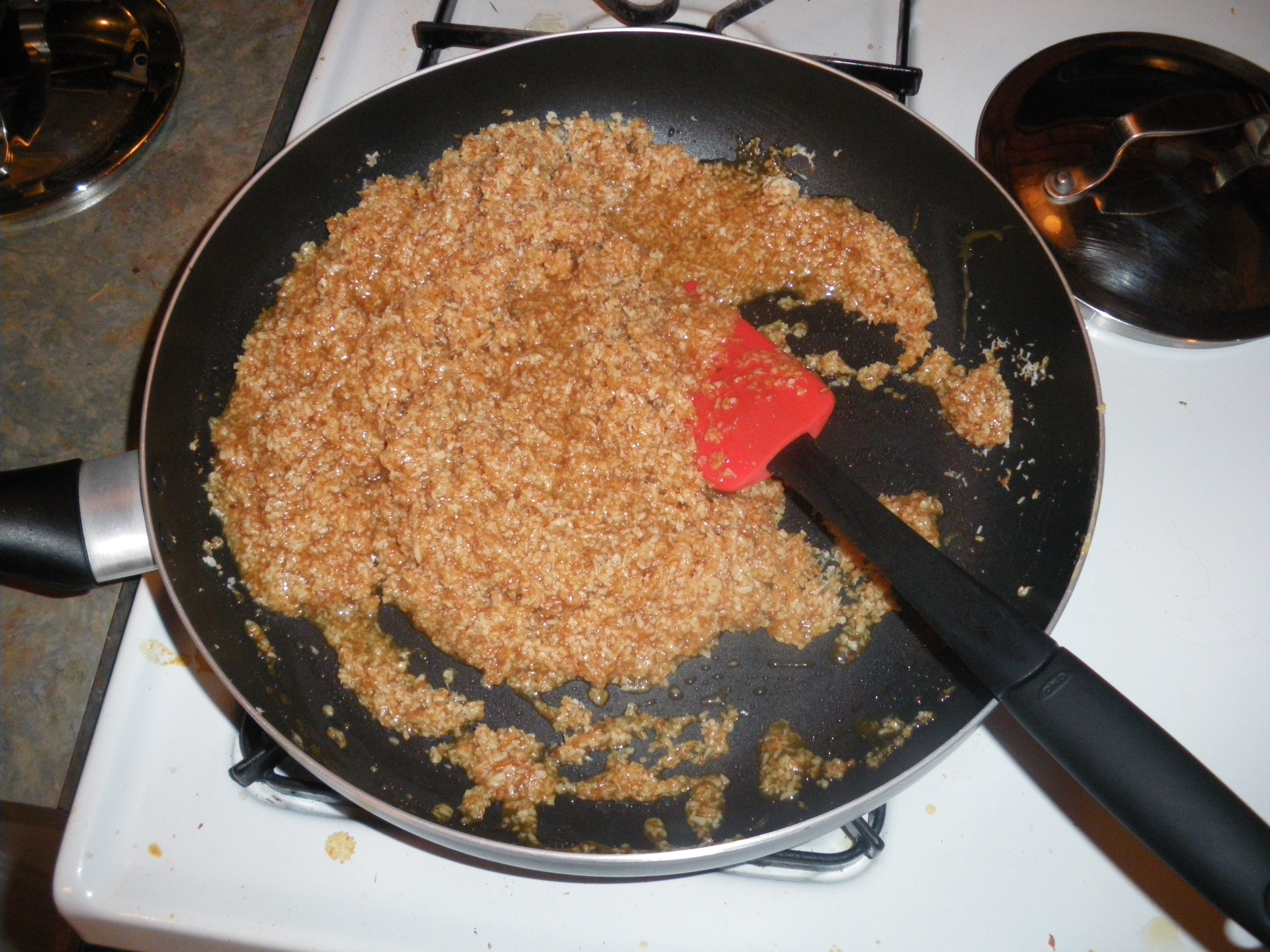 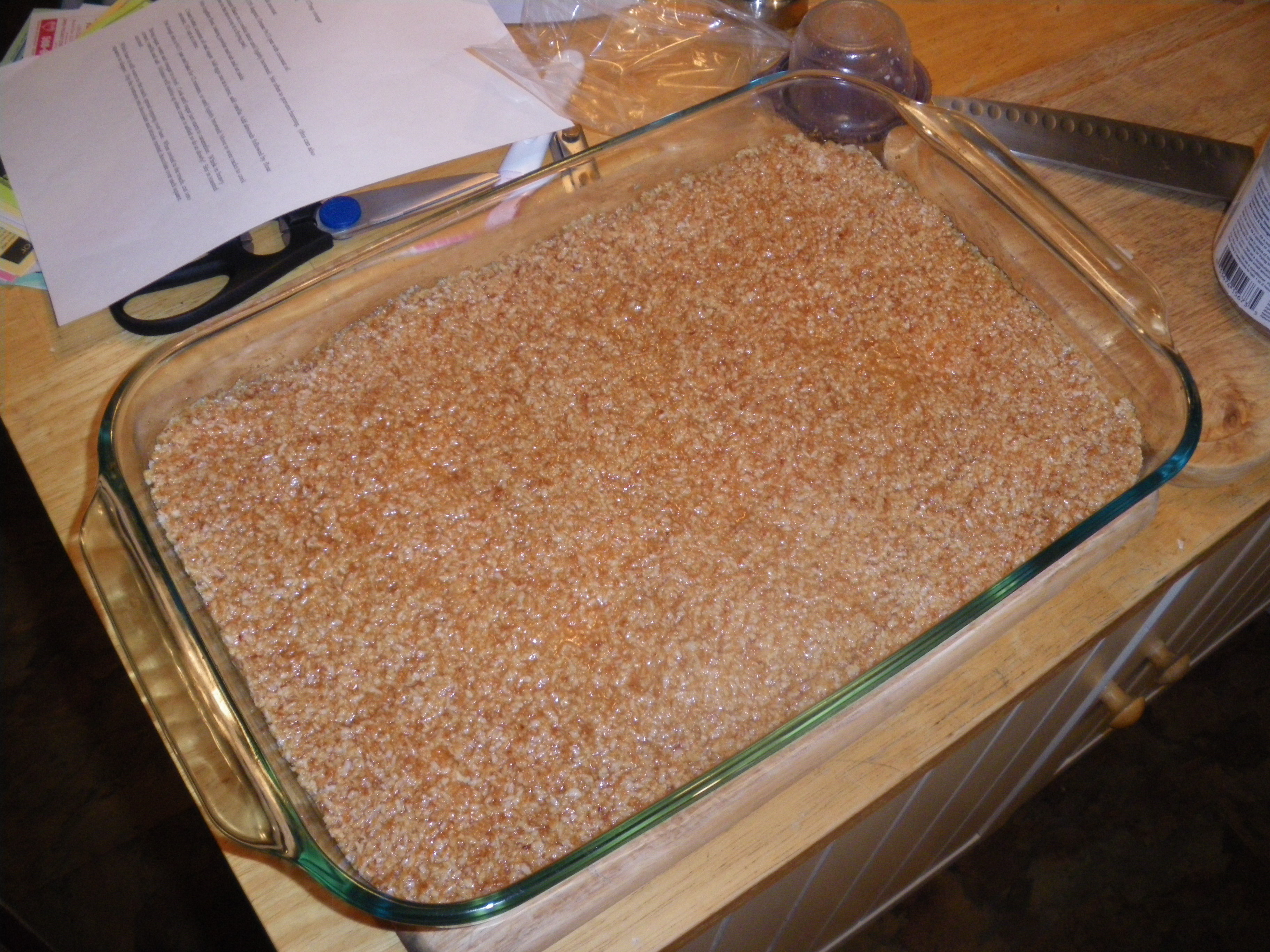 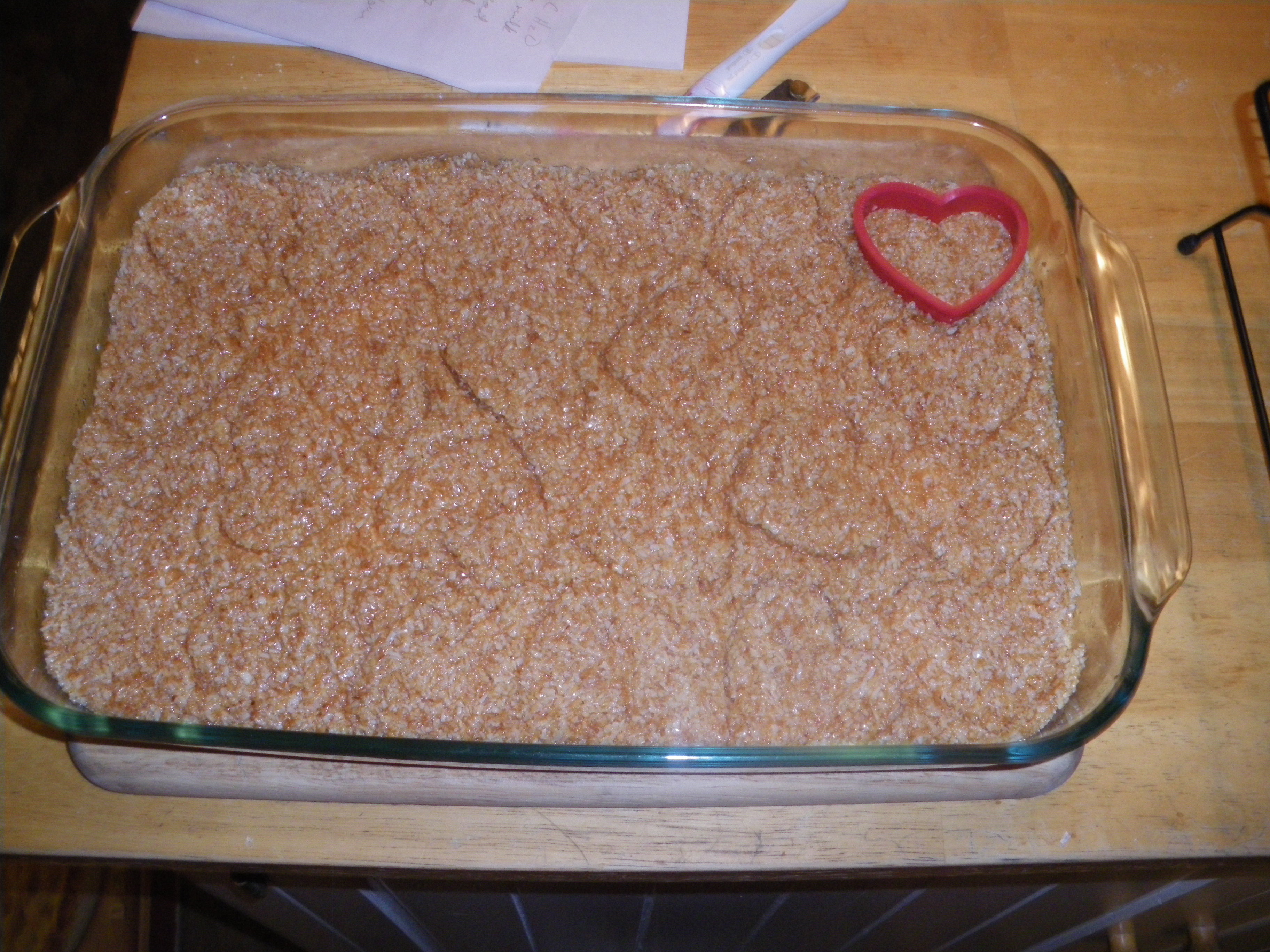 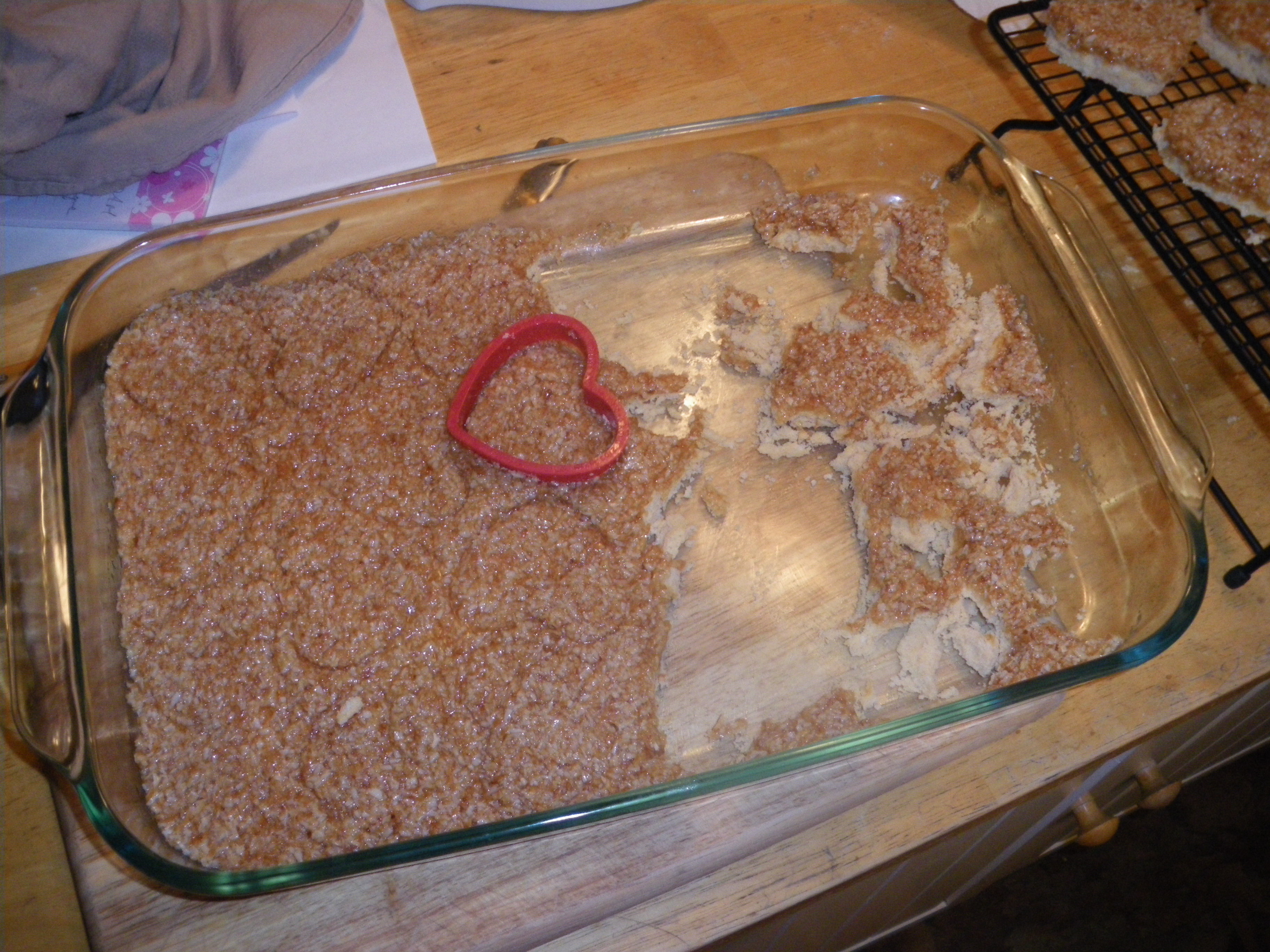 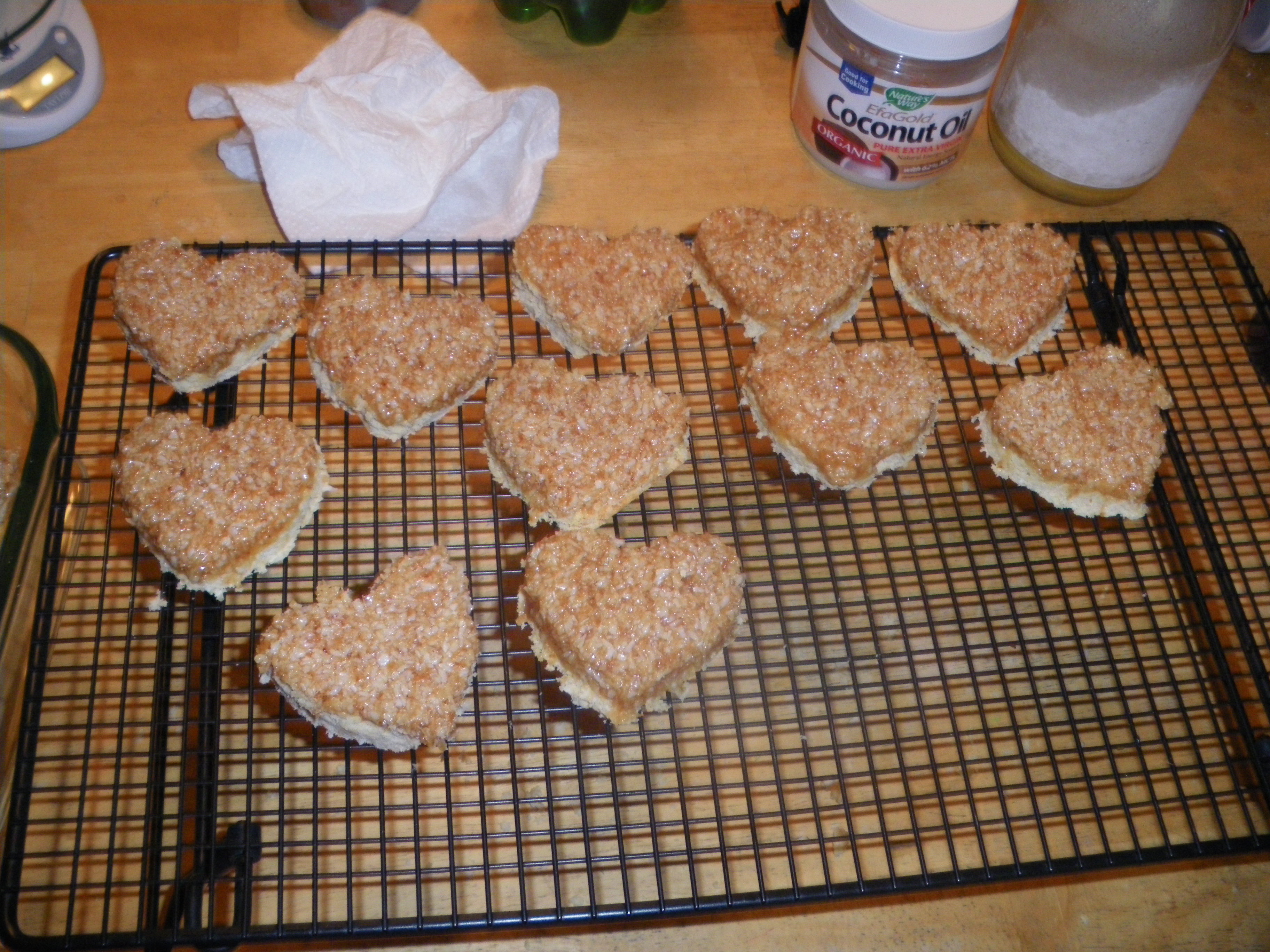 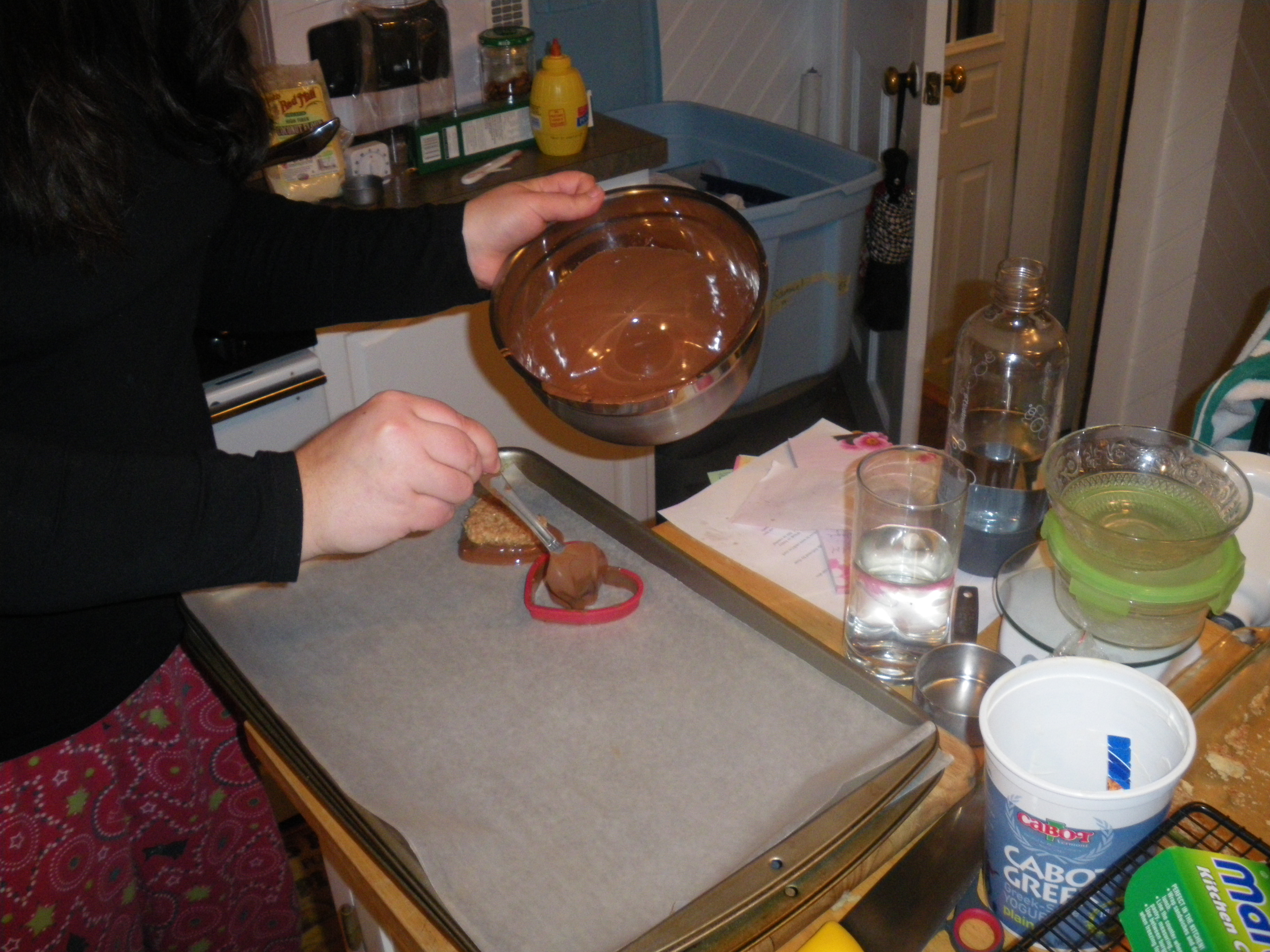 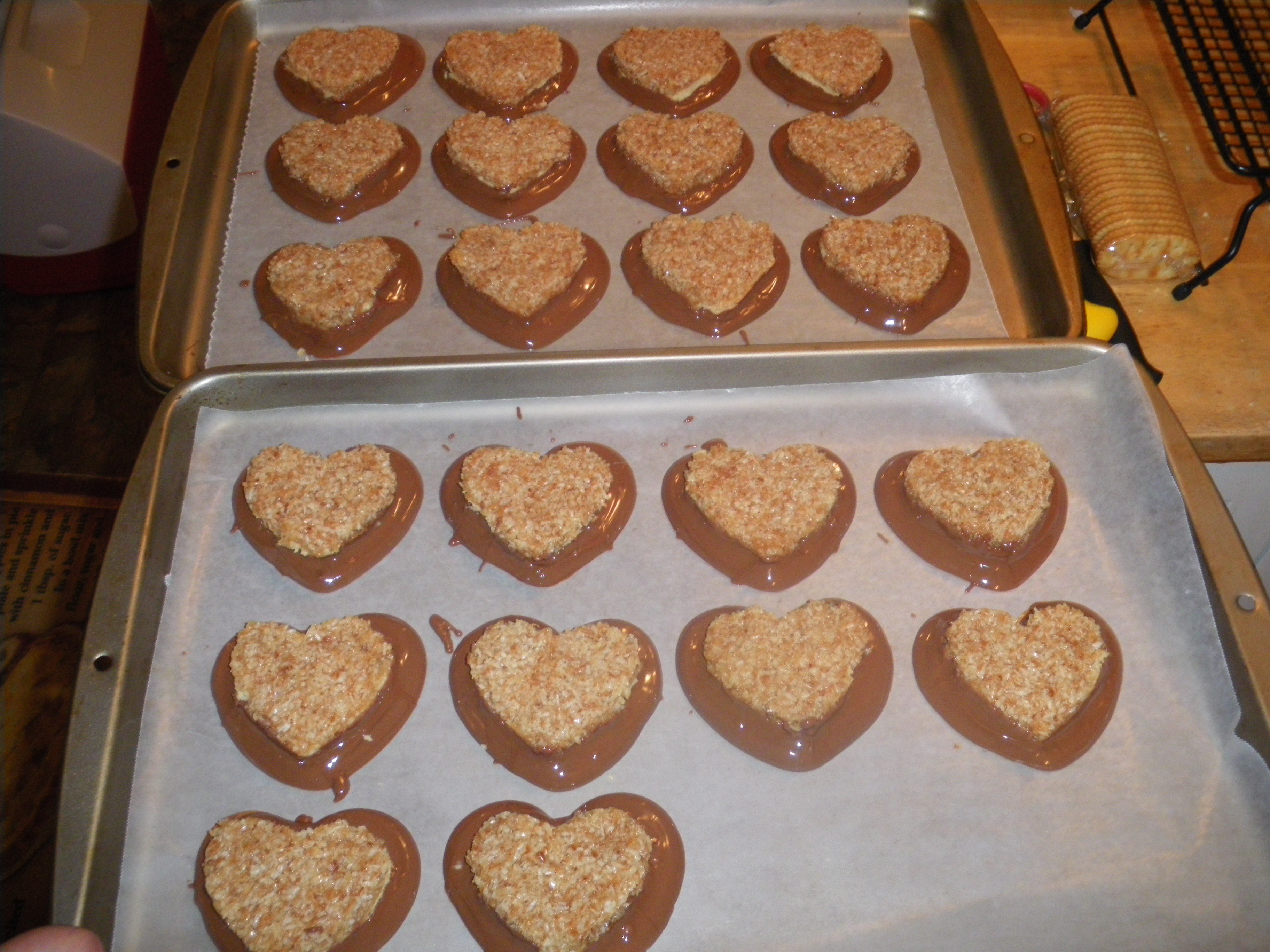 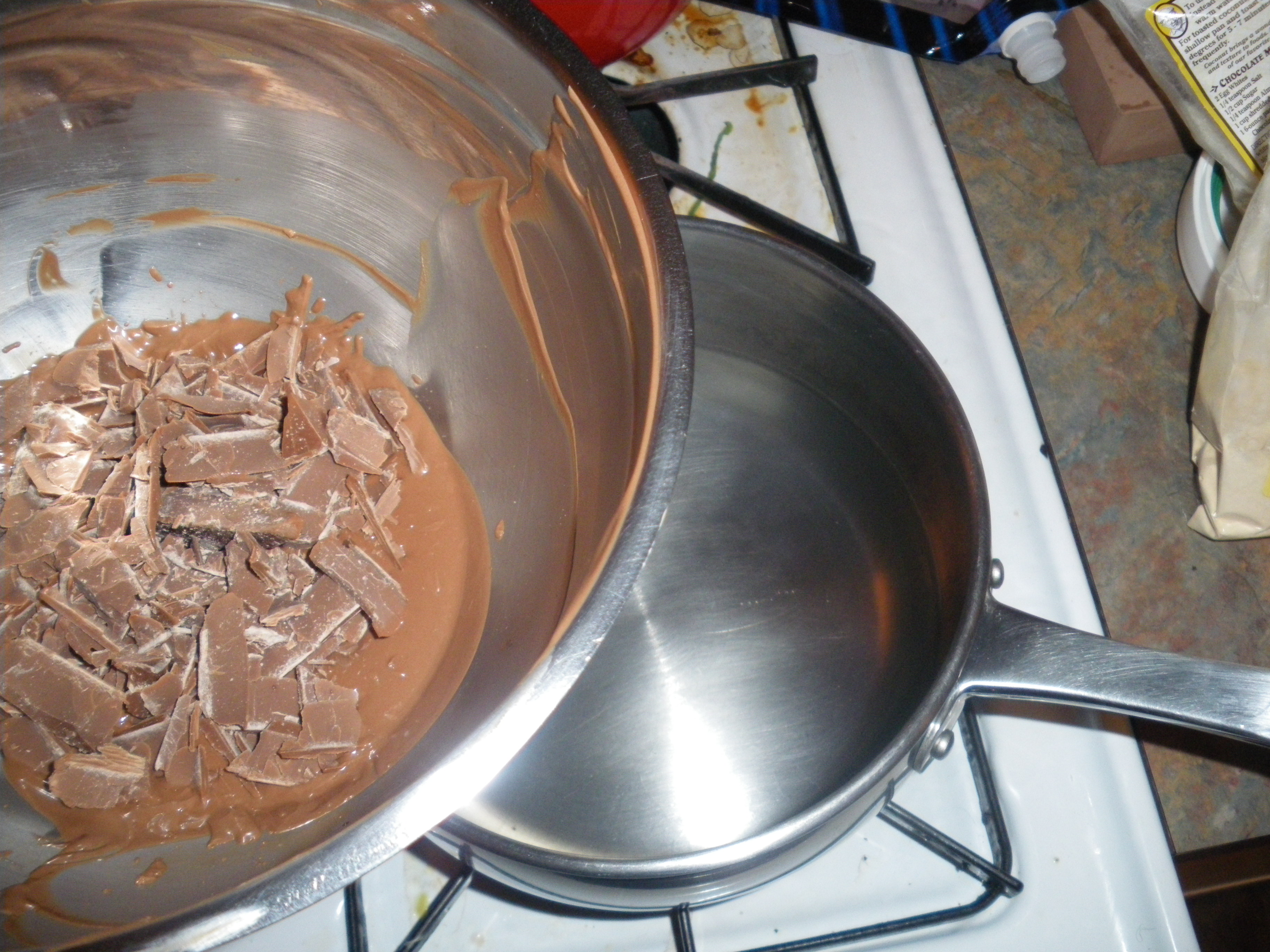 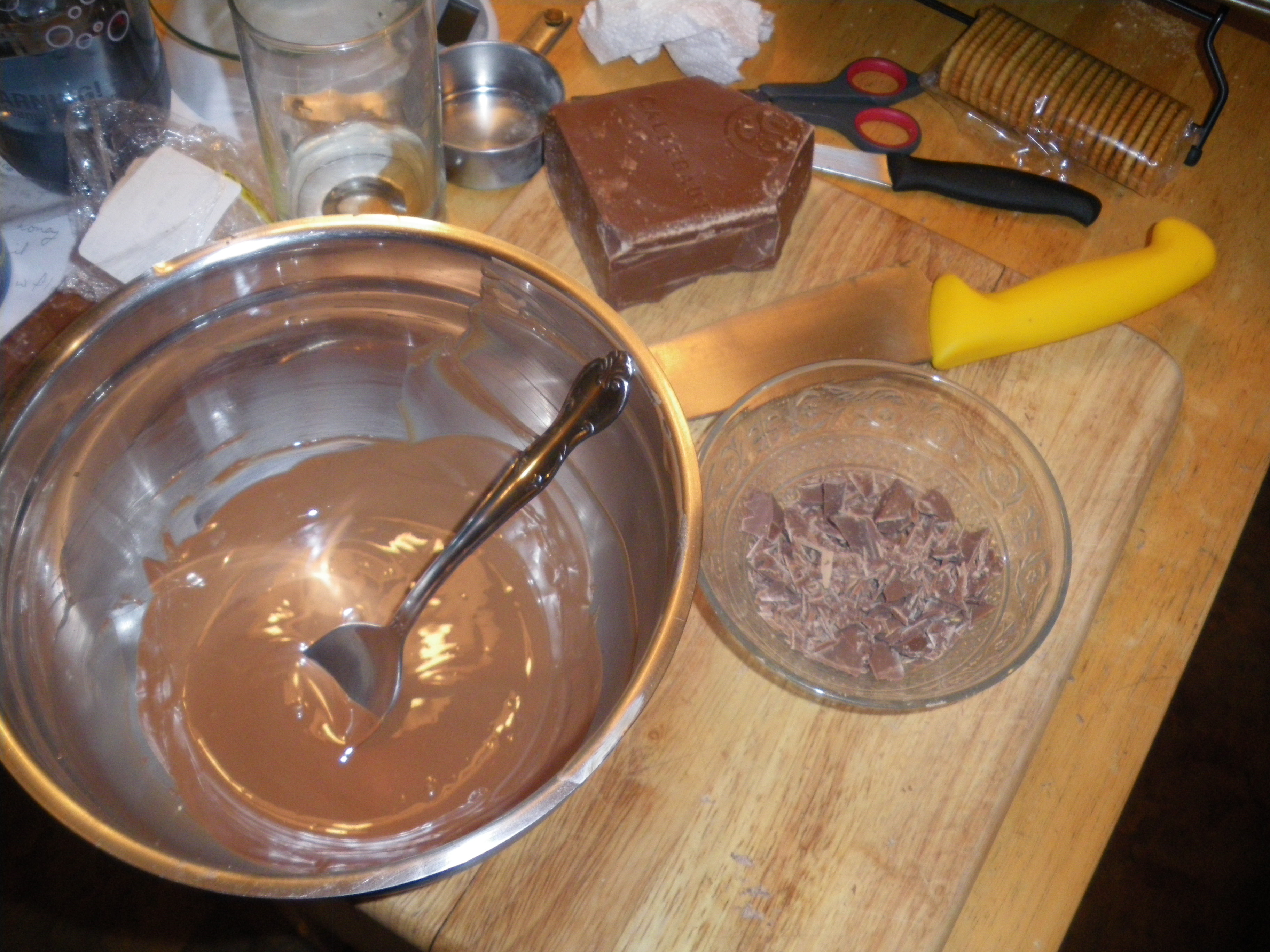 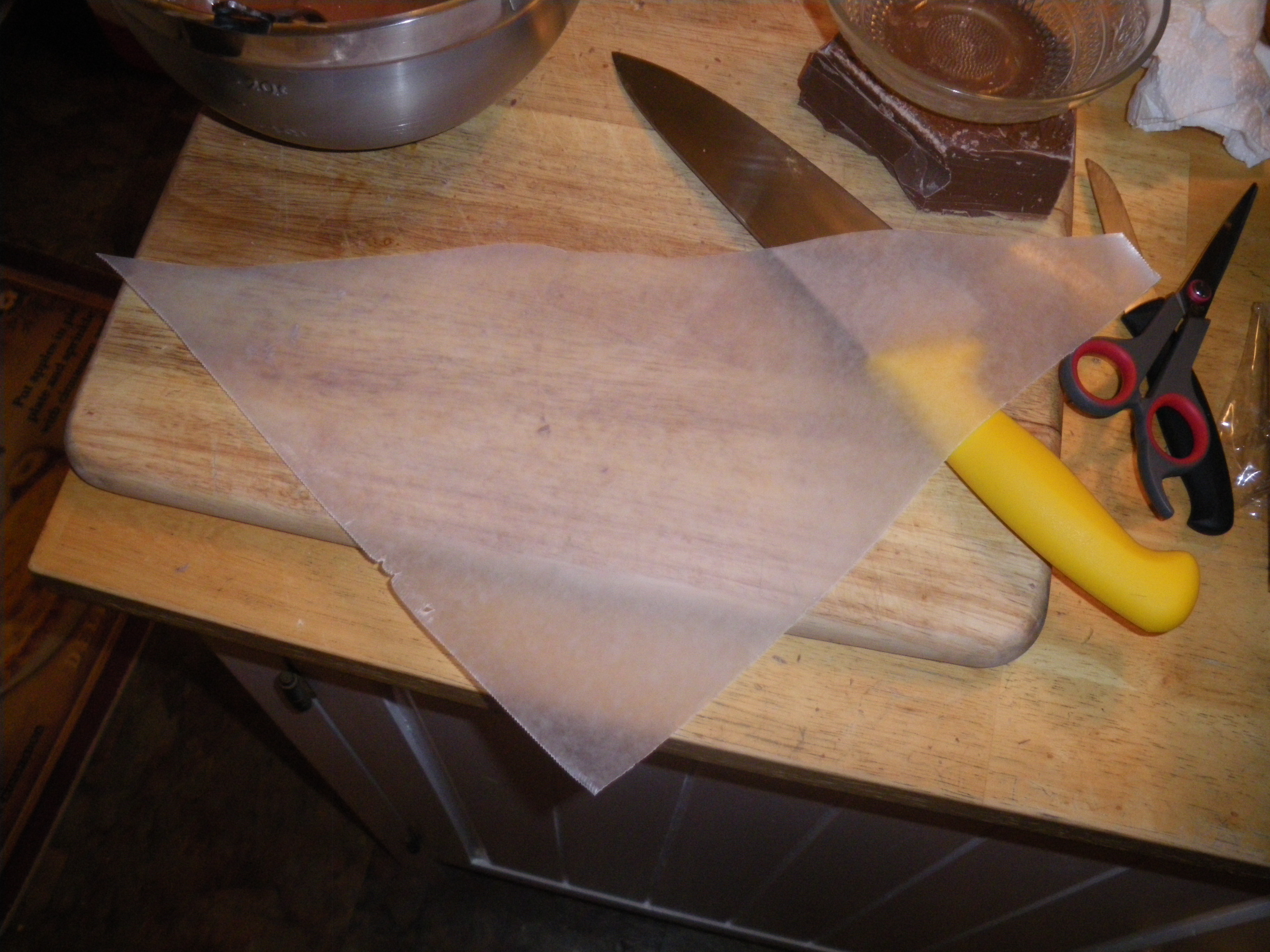 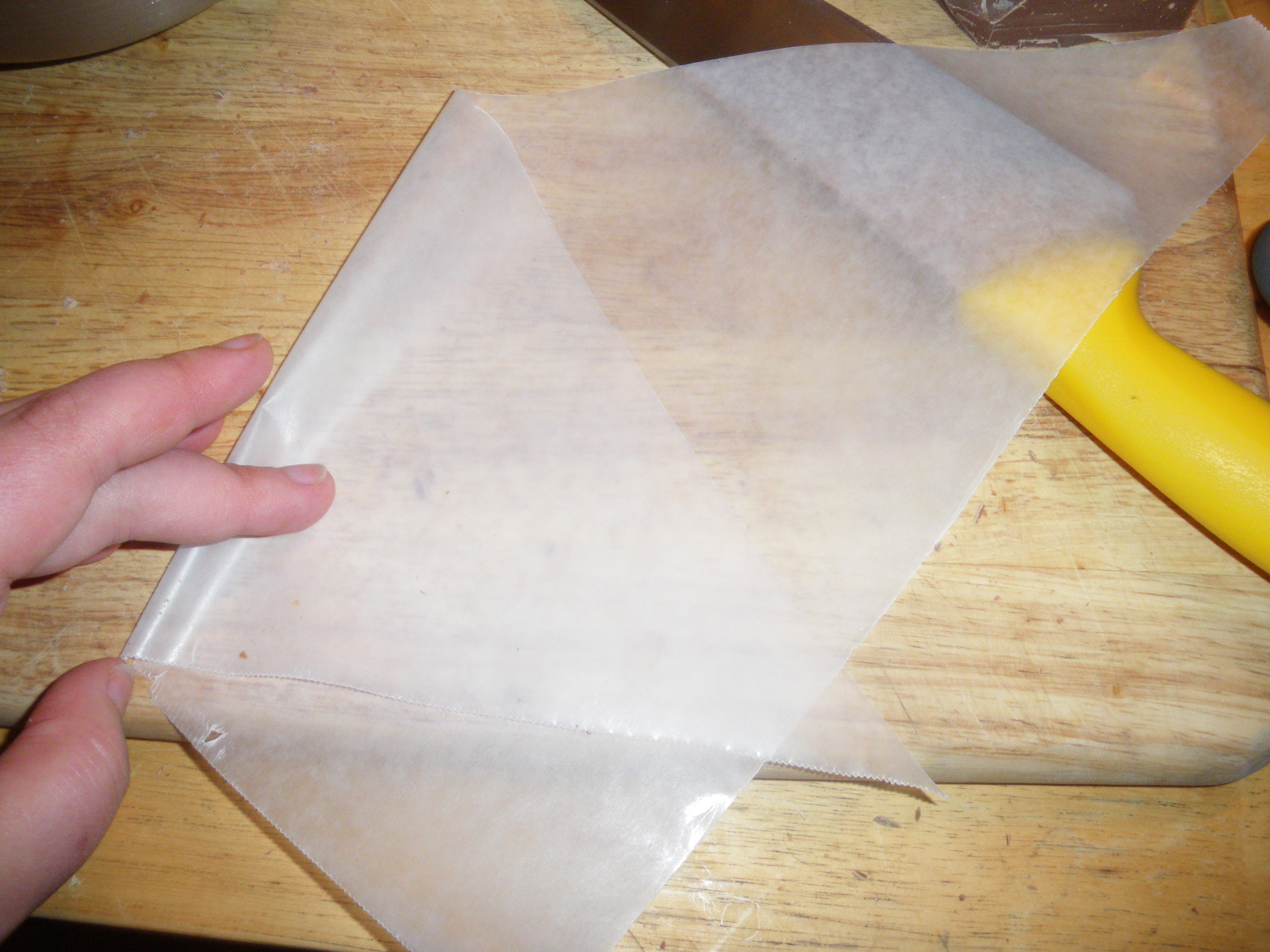 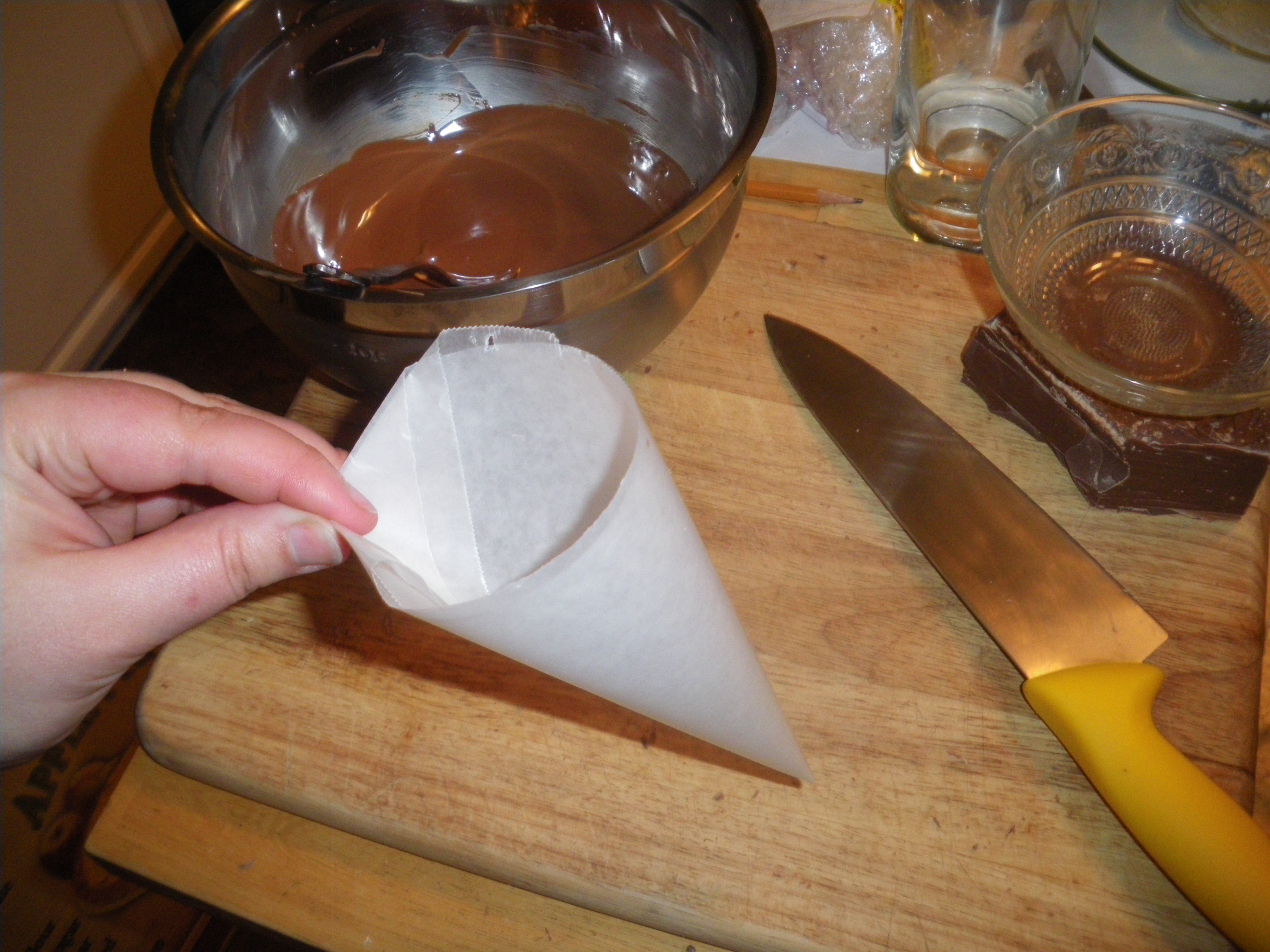 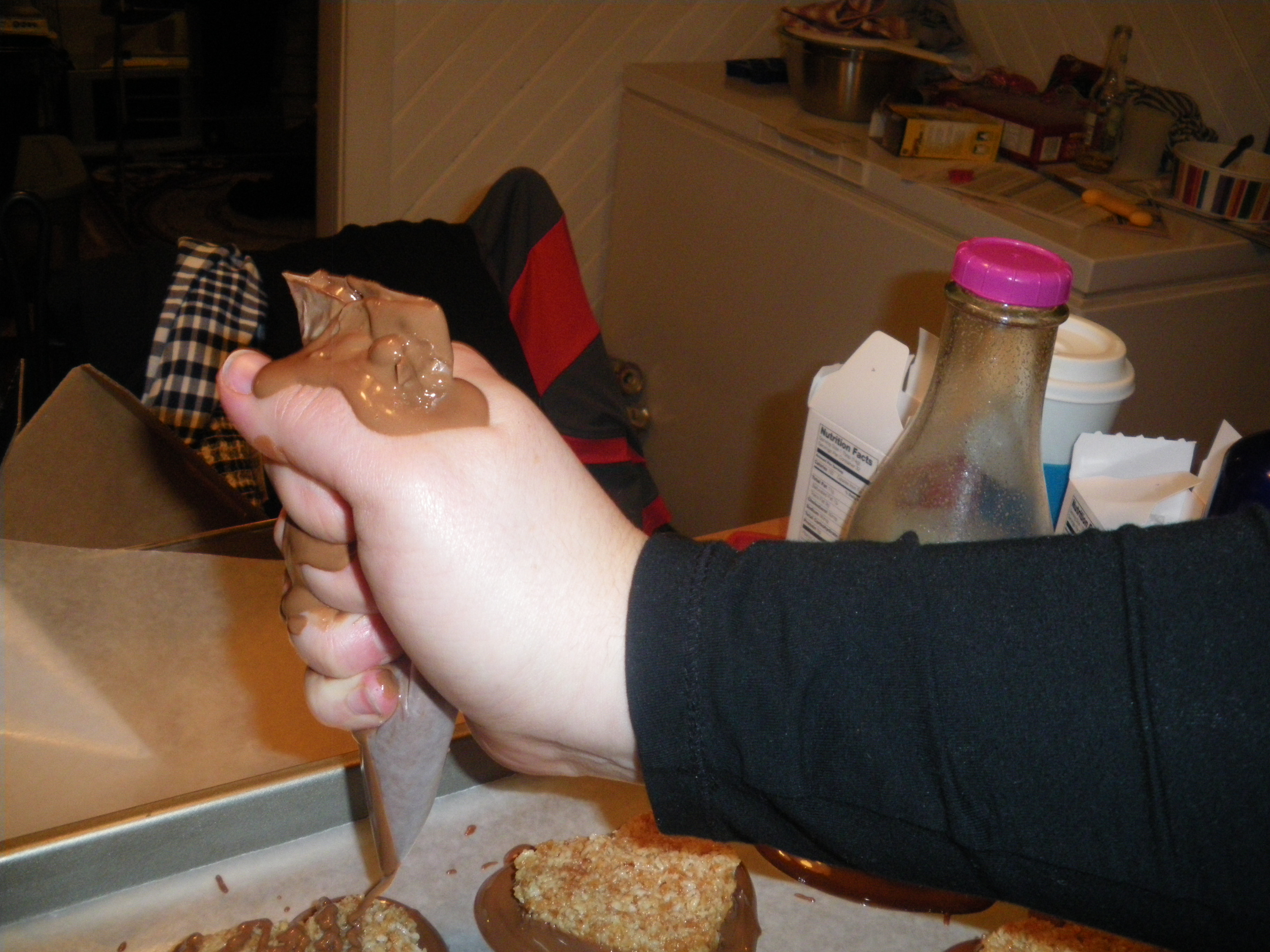 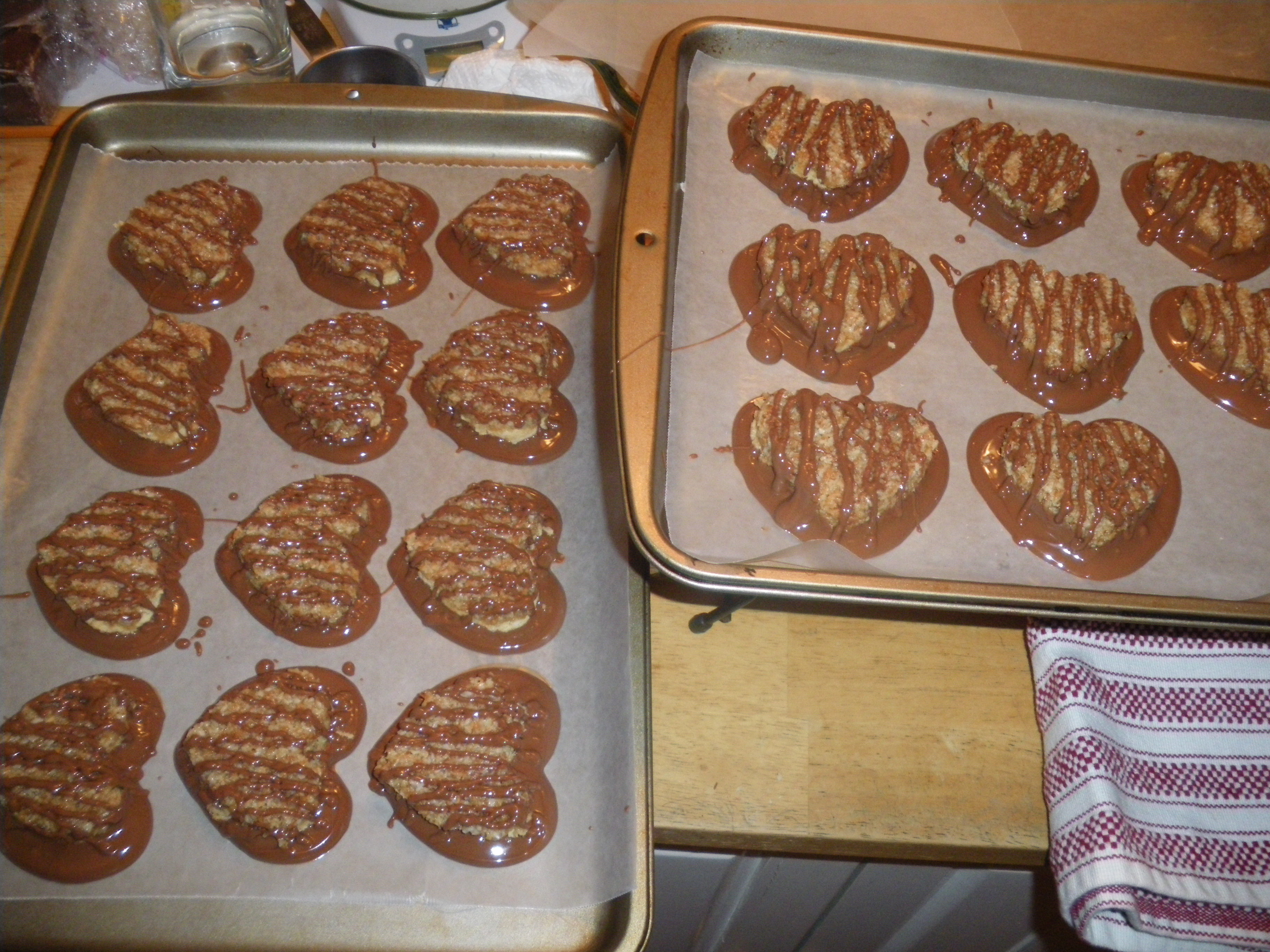 Hannah is a cradle Catholic who happens to be most at home in the kitchen. She’s been married three years, but has only just started her job as a stay-at-home-wife and is investing her time in learning to sew and improving her housekeeping skills. She is the mother of two, Rita in Heaven and Edmund on Earth. She’s also an import to the States – originally from Canada – and she doesn’t miss the snow.

« POLL: 98% Of Non-Mass Going Women Who Identify Themselves As Catholic Contracept – Where Do The Faithful Fall In Line?Gifts From the Muck »