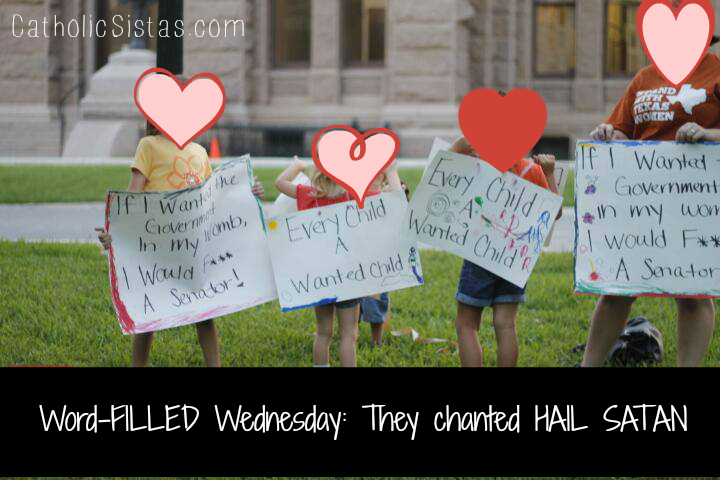 Ah, the raging liberal stereotypes were alive and well at the Capitol in Austin, Texas yesterday {and the day before} in response to the second session called by Governor Rick Perry. Now currently named HB2, the new bill is identical to the bill SB5 that mob, Cecile Richards, and Mizunos killed last week. As a graduate of the University of Texas at Austin myself, I understand the behavior I witnessed last night all too well. I would have simply called it a Tuesday on the south mall at UT. Mobs and rage and irrational anger are part and parcel to the UT scene. These are the people that Cecile wants representing her cause, the destruction of the unborn under the guise of “women’s health,” carried out by women who have bought the lie that in order to be equal to men, they need to shed their uteruses.

But, if you pay people, I guess you can’t complain who shows up.

Hail Satan was heard behind those giving witness to life – you can hear them here. Hail Satan even trended on Twitter last night, too. 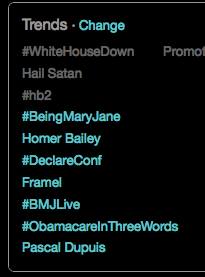 Here is a small snapshot into the past two days at the Capitol in Austin.

Pray, friends. It’s about to get more intense in Texas.

Pray for hearts to be pierced by the love that only comes from God.

threatened by pro-choicers who told him “I hope you’re raped” and “I hope your daughter’s raped.” 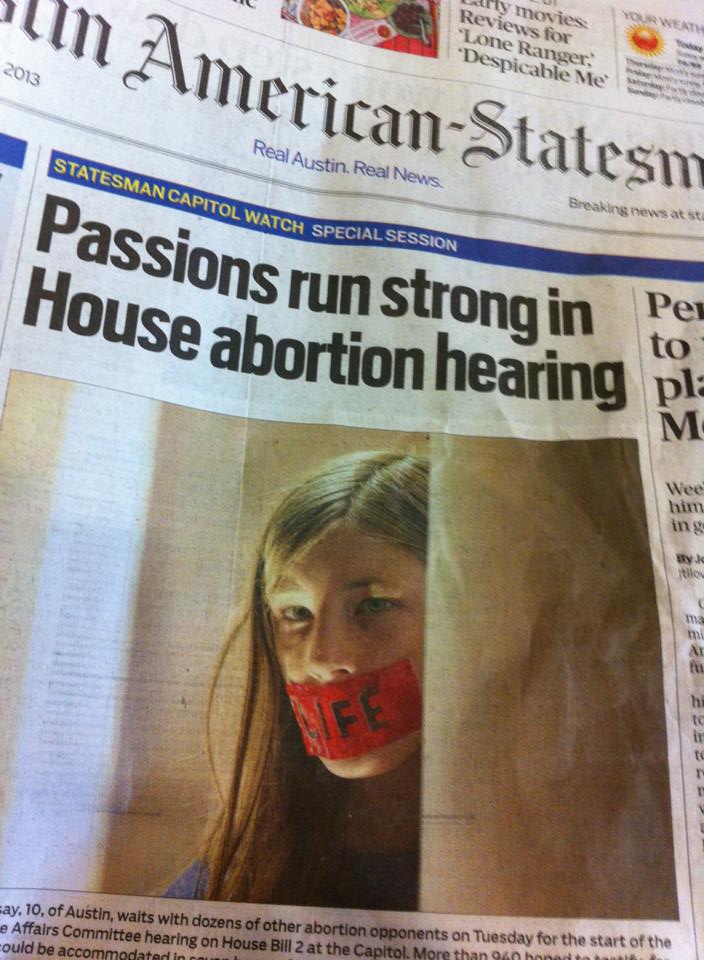 Many feminists insist that abortion is necessary for women to participate freely and equally in society. Anyone who disagrees, they argue, has merely adopted patriarchal standards and accepted women’s ‘place’ in society. Yet this argument demonstrates how deeply the roots of sexism run in our culture. Its premise is a sexist one—that women are inferior to men and that in order to be equal, we have to change our biology to become like men—wombless and unpregnant at will. What other oppressed group in history has had to undergo surgery in order to be equal? 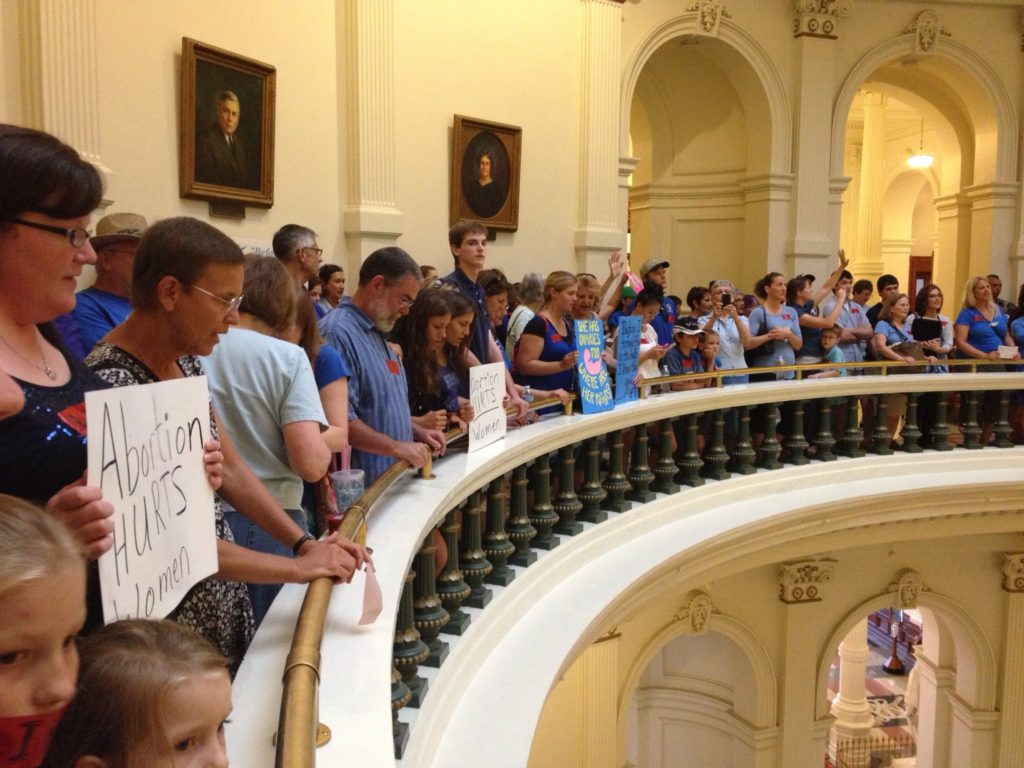 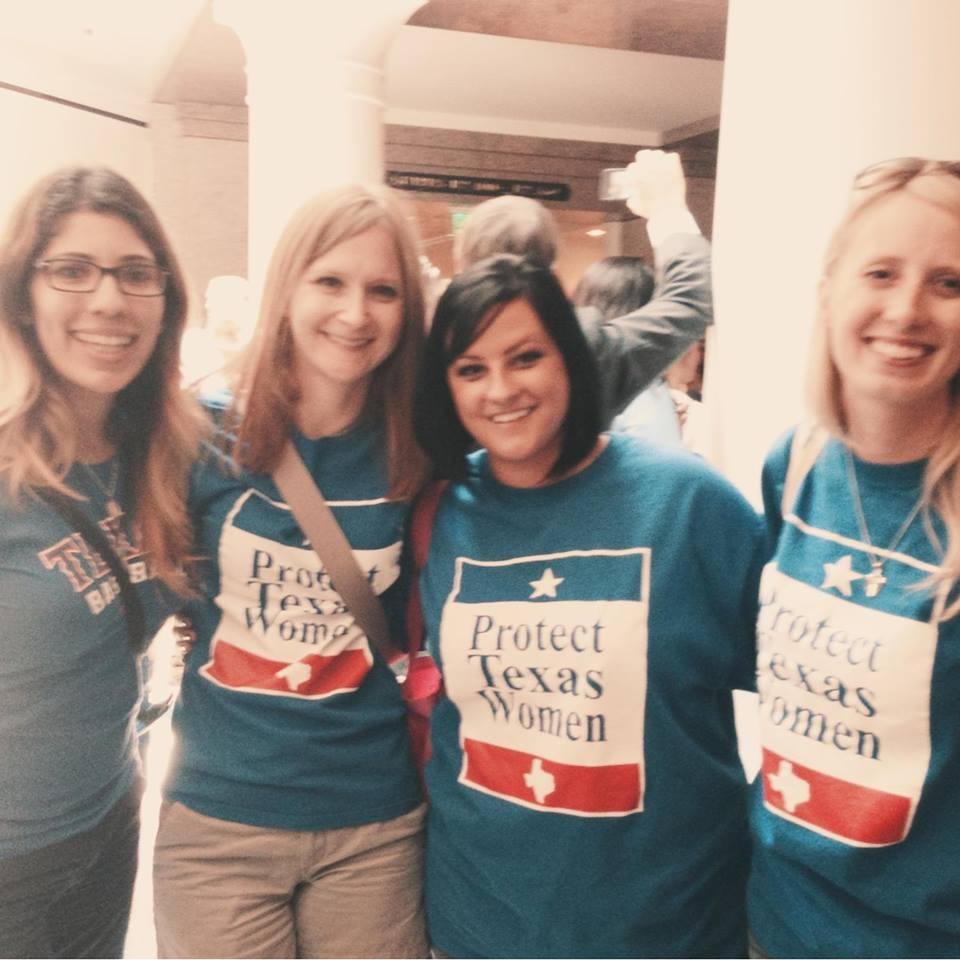 The opposition were so flustered that TEXAS BLUE showed up on Tuesday at the correct time, that they pouted and

whined in the Twittersphere and created an embarrassing tactic against anyone wearing blue. 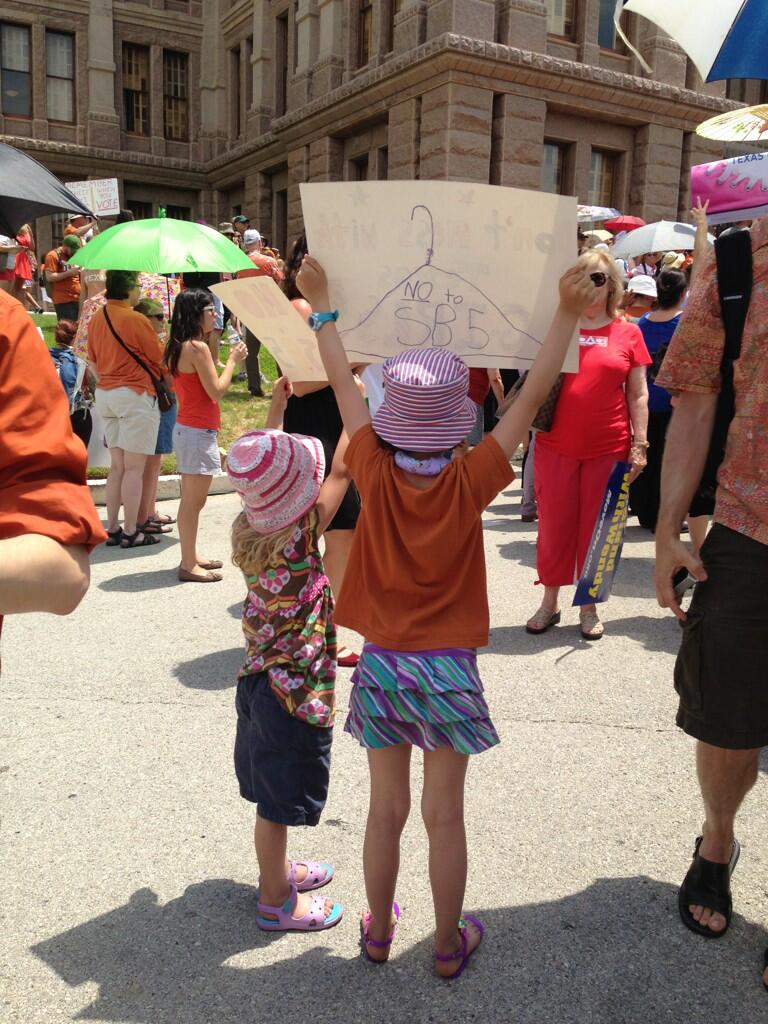 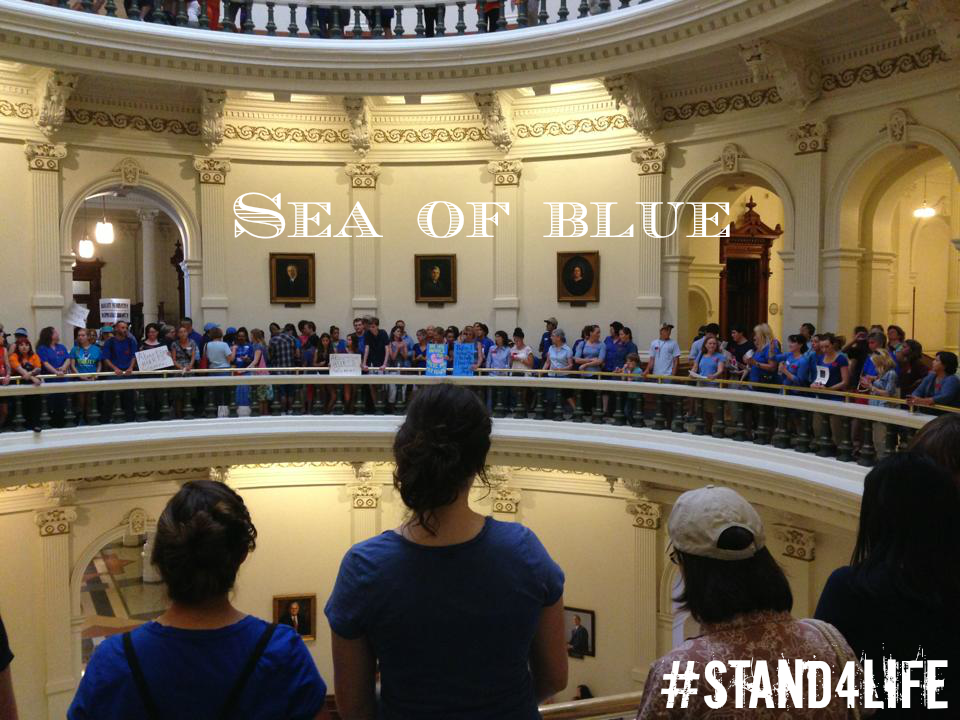 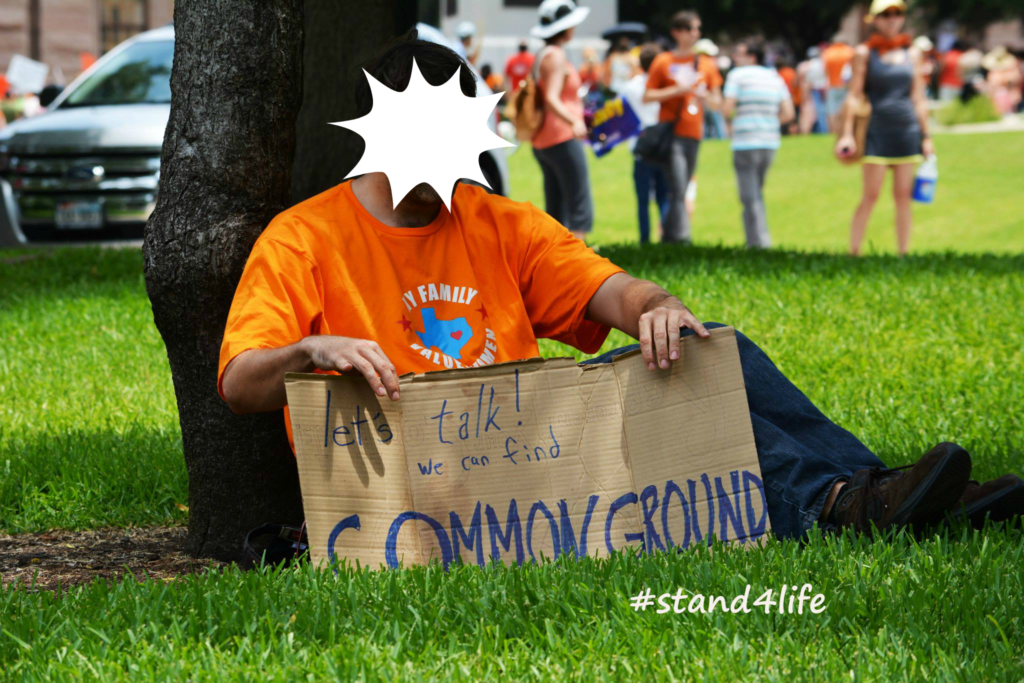 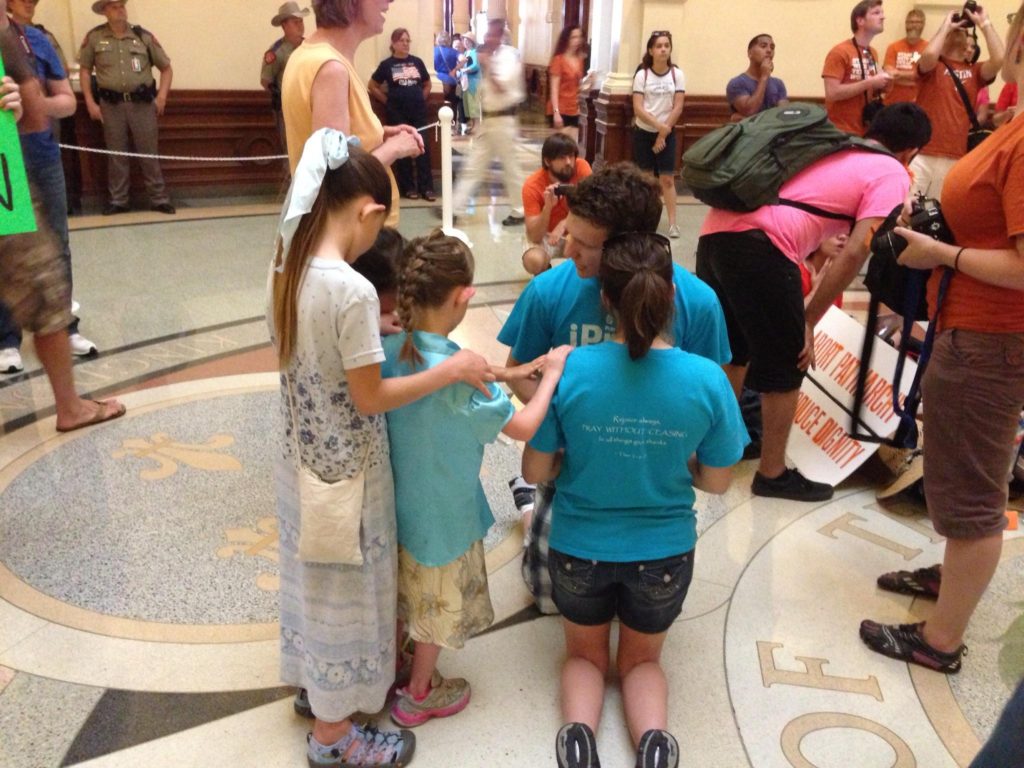 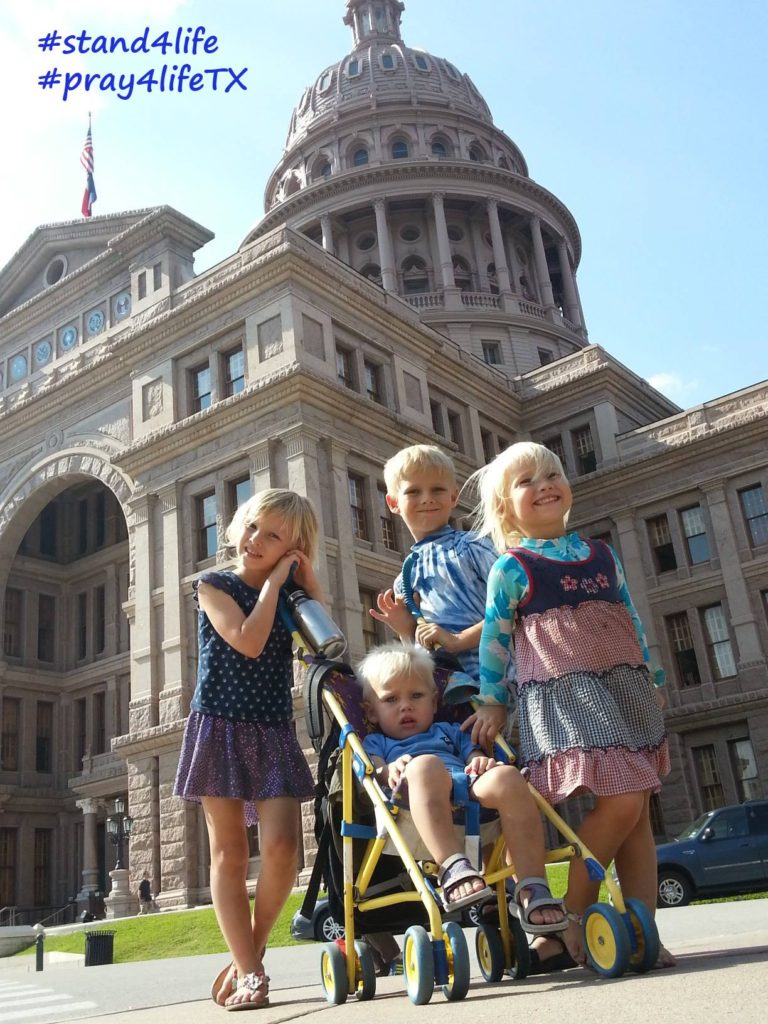 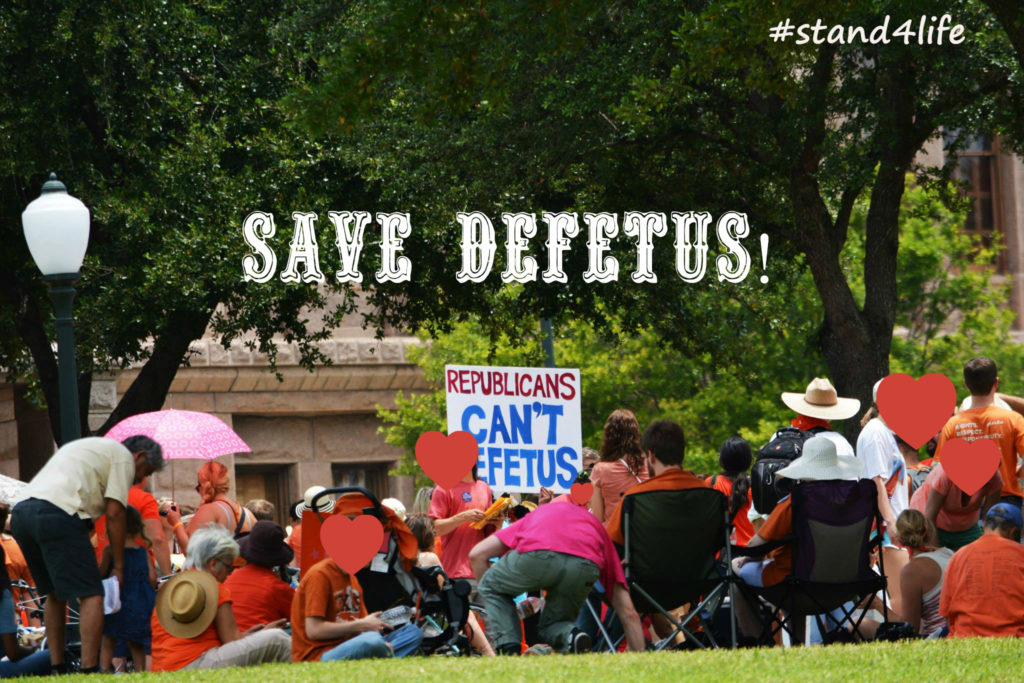 Fetology is the study of, diagnosis and treatment of a human fetus as a separate patient.

Read those words again. Separate Patient. Fetology didn’t exist in 1973 when Roe vs. Wade decision was made. 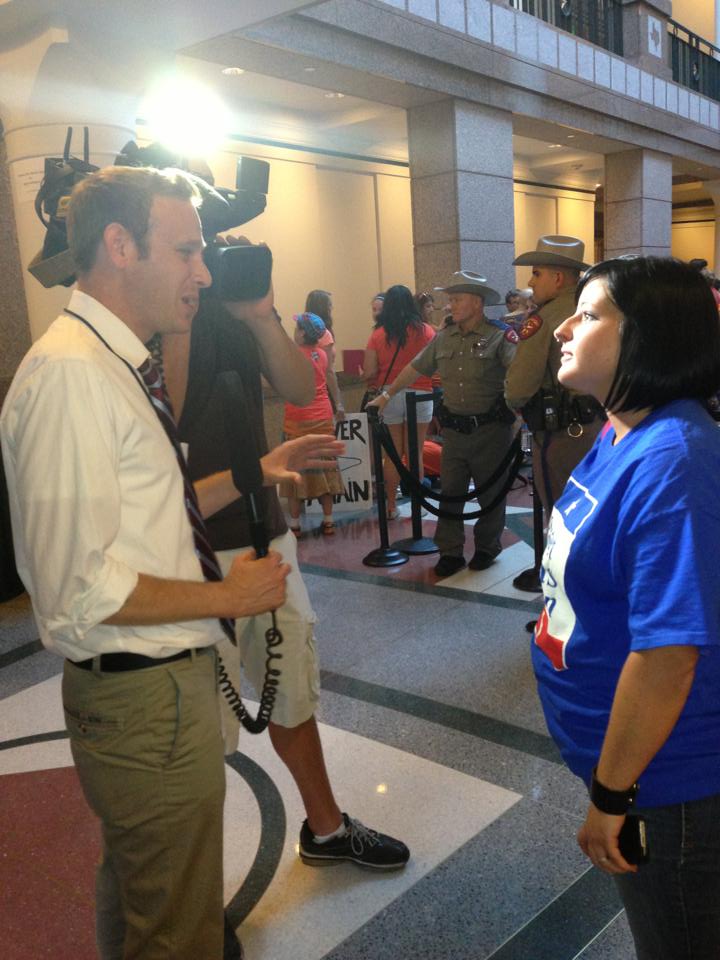 What’s beneath the surface level mantras? Watch the video and see. 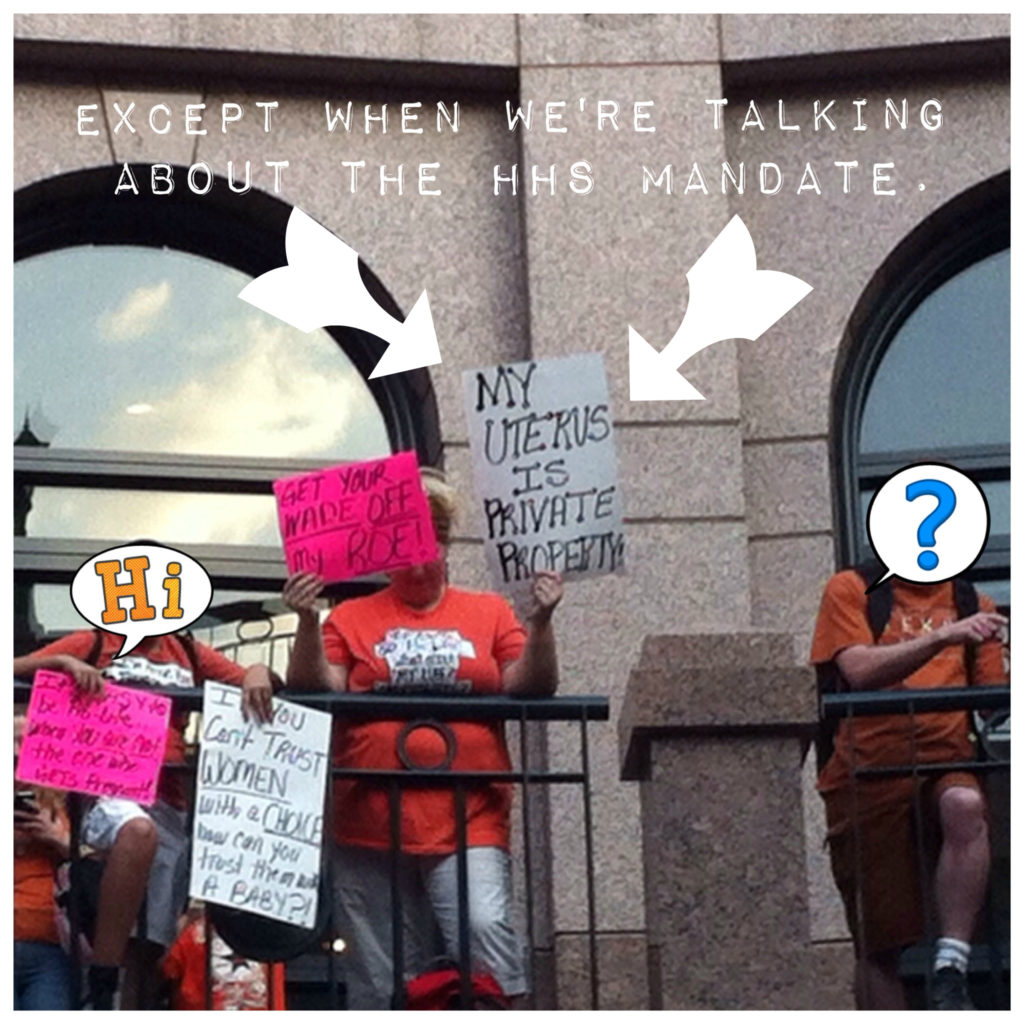 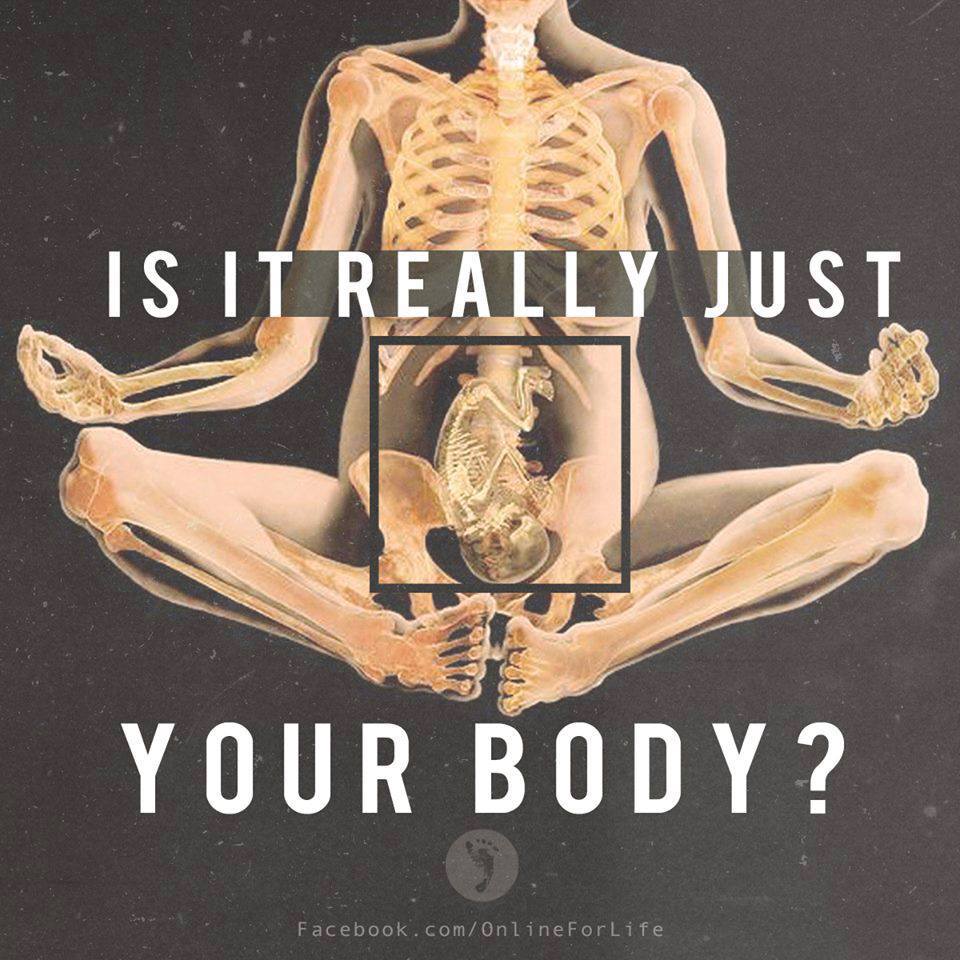 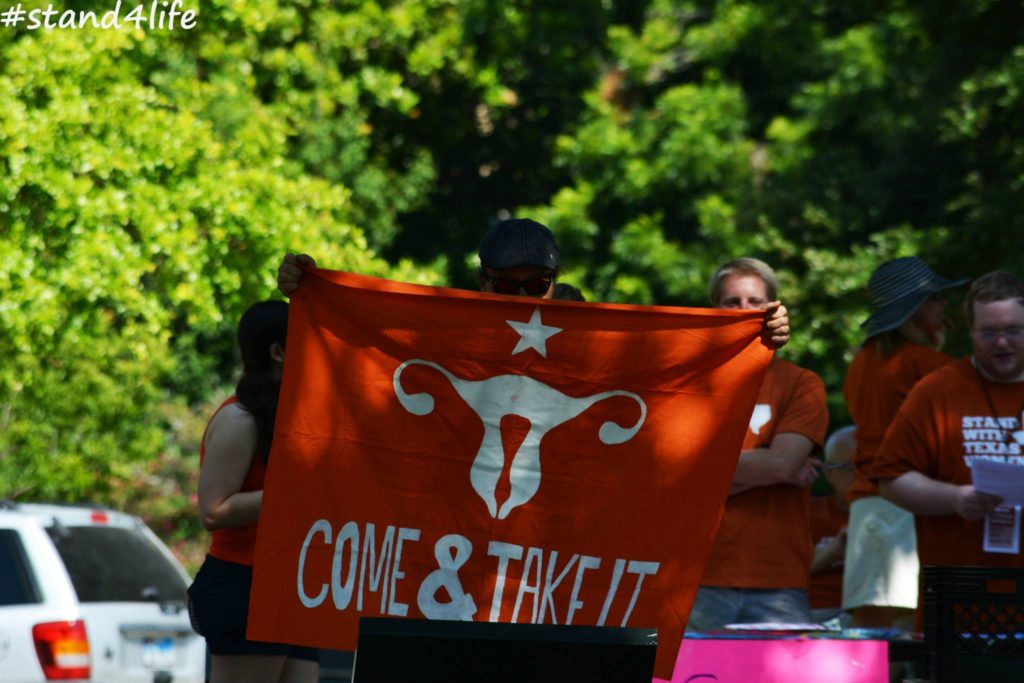 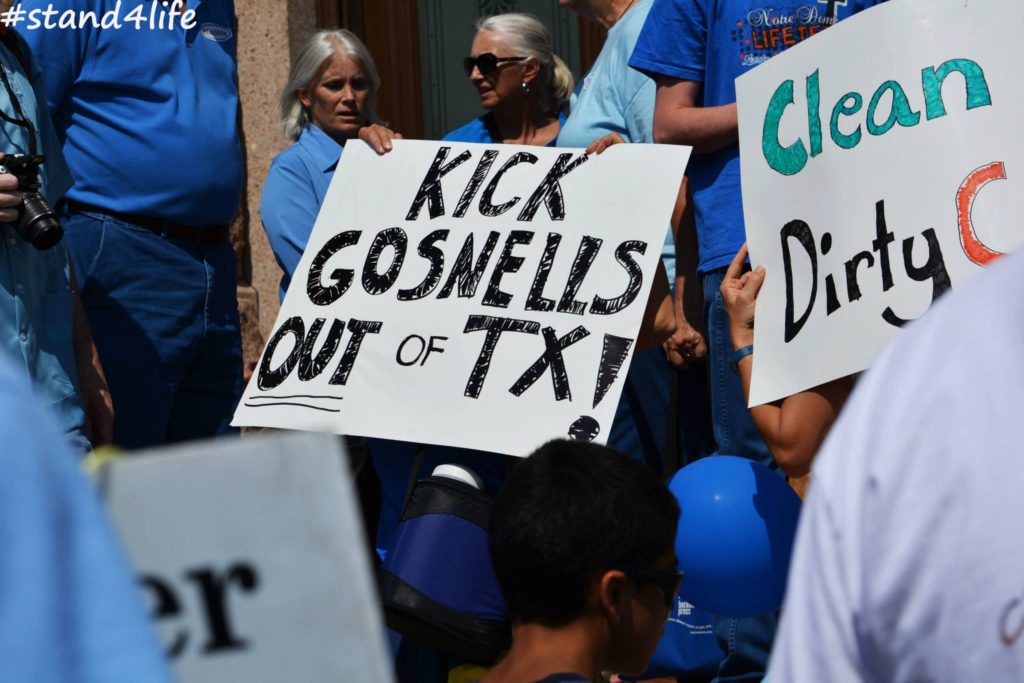 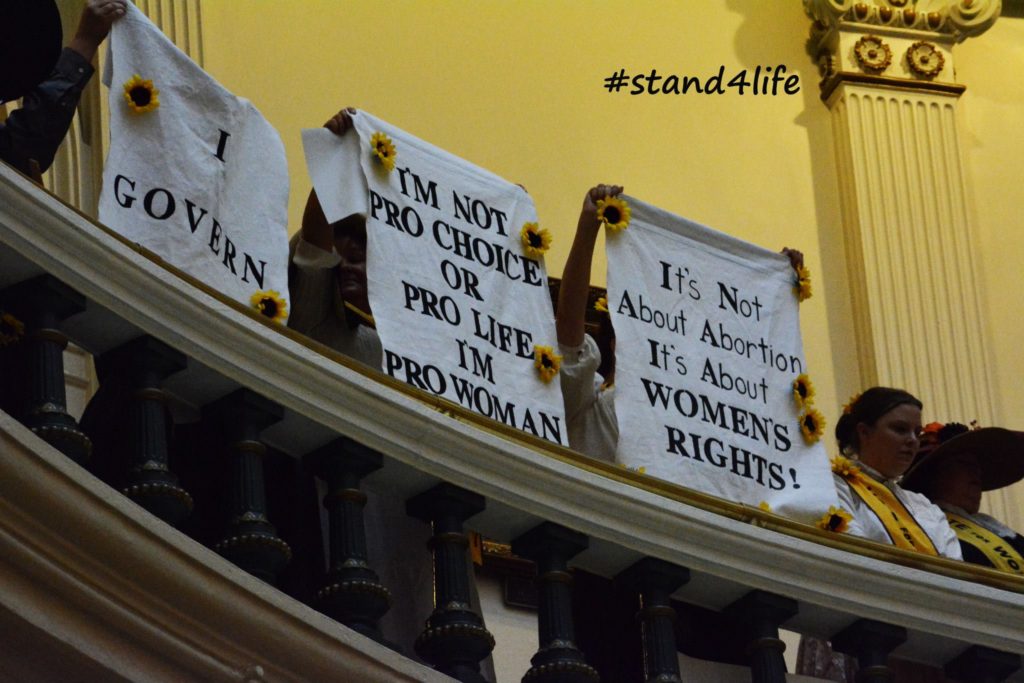 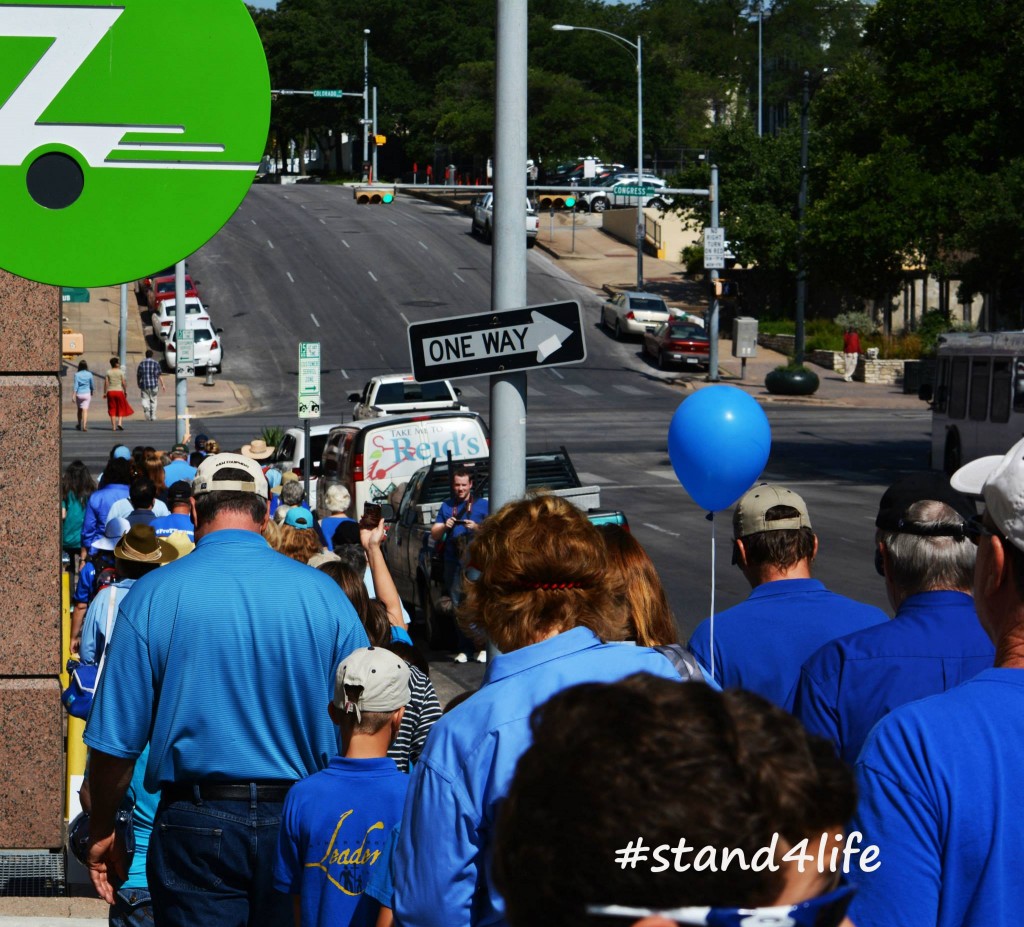 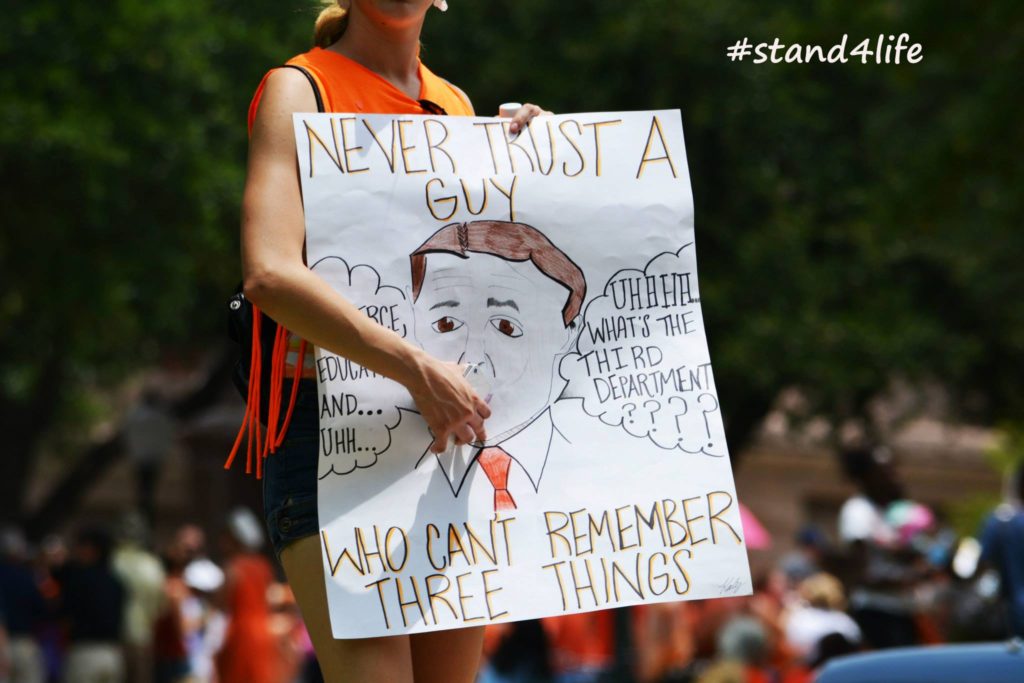 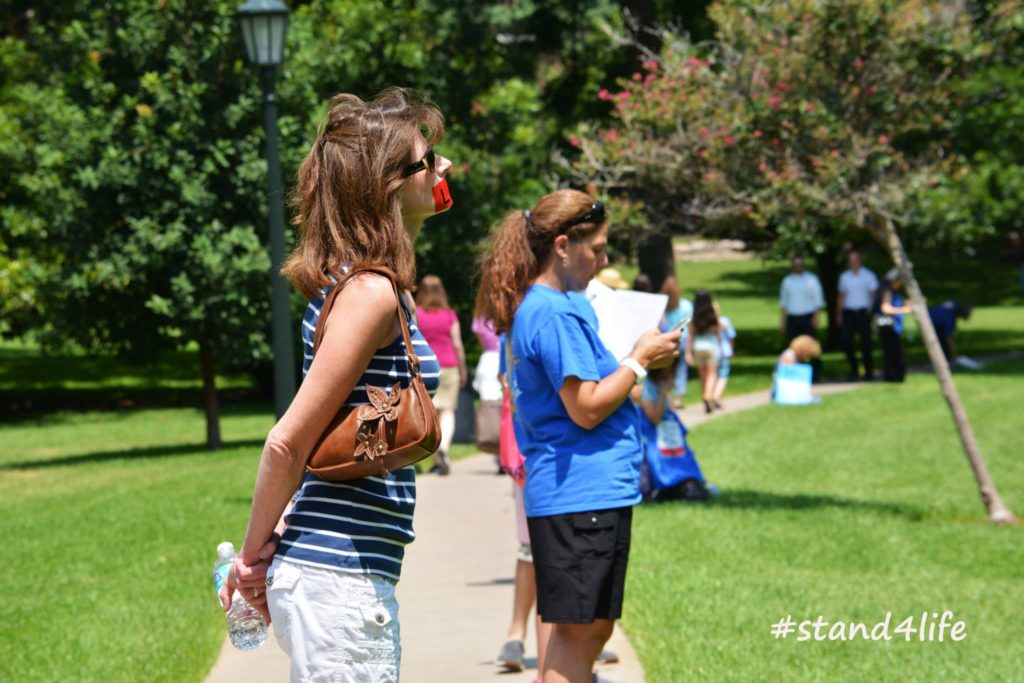 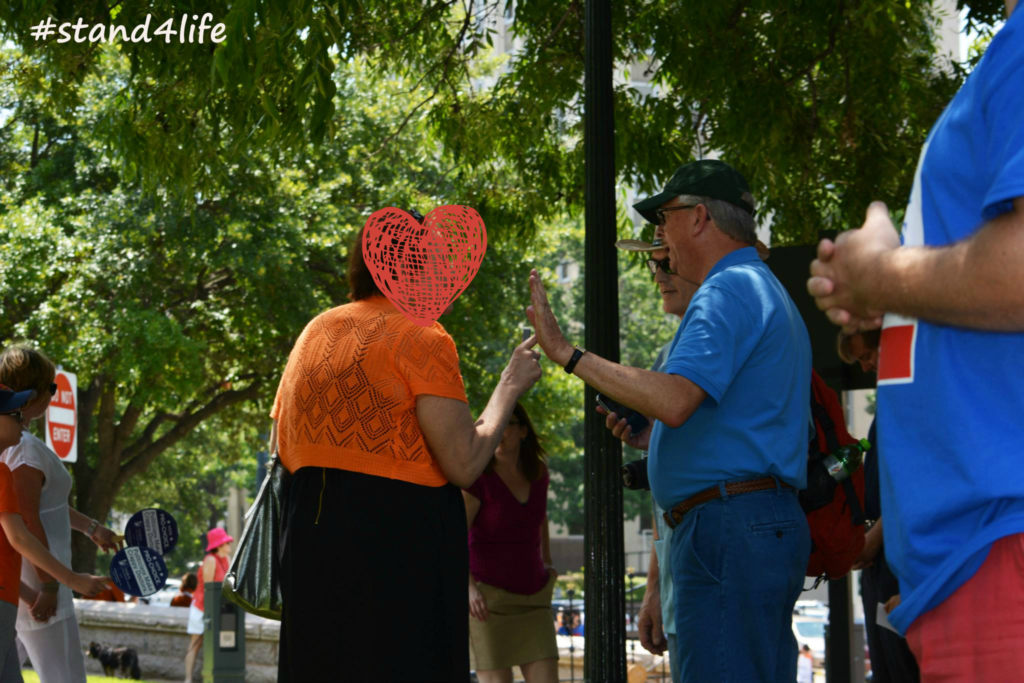 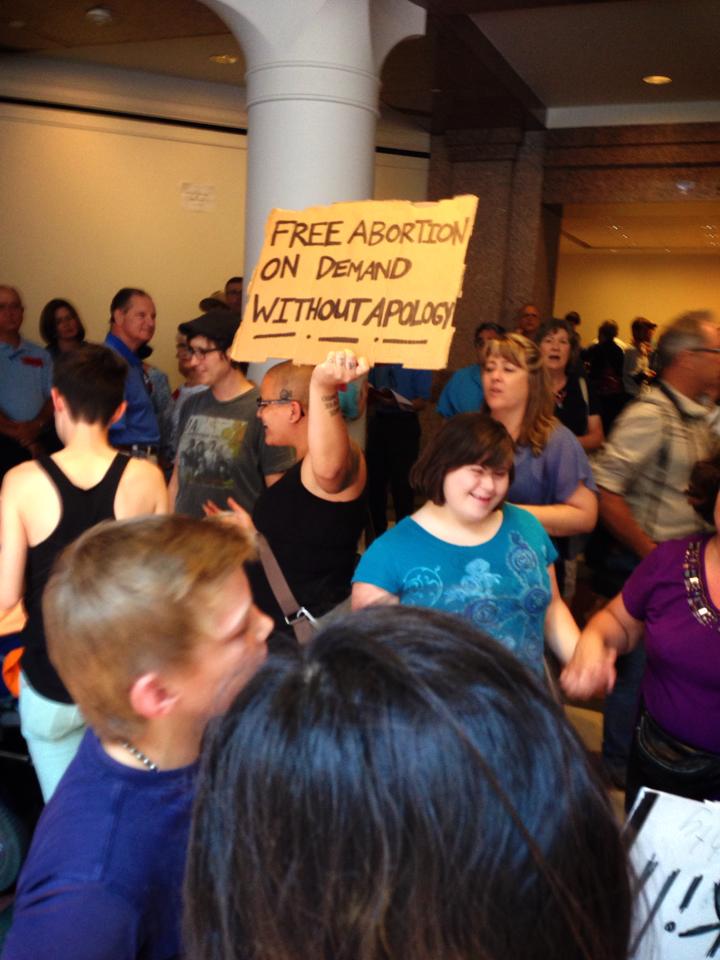 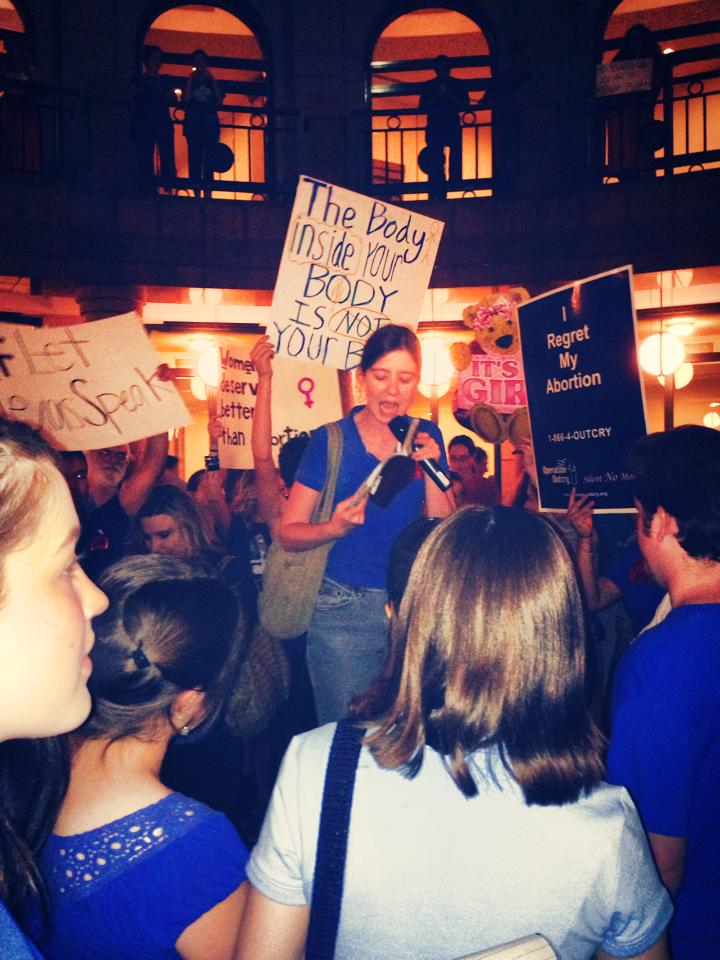 Here is video of what it sounded last night just before we left.

To keep up to date with what’s going on, please visit Texas Alliance for Life’s Facebook fan page. #Stand4Life, y’all!