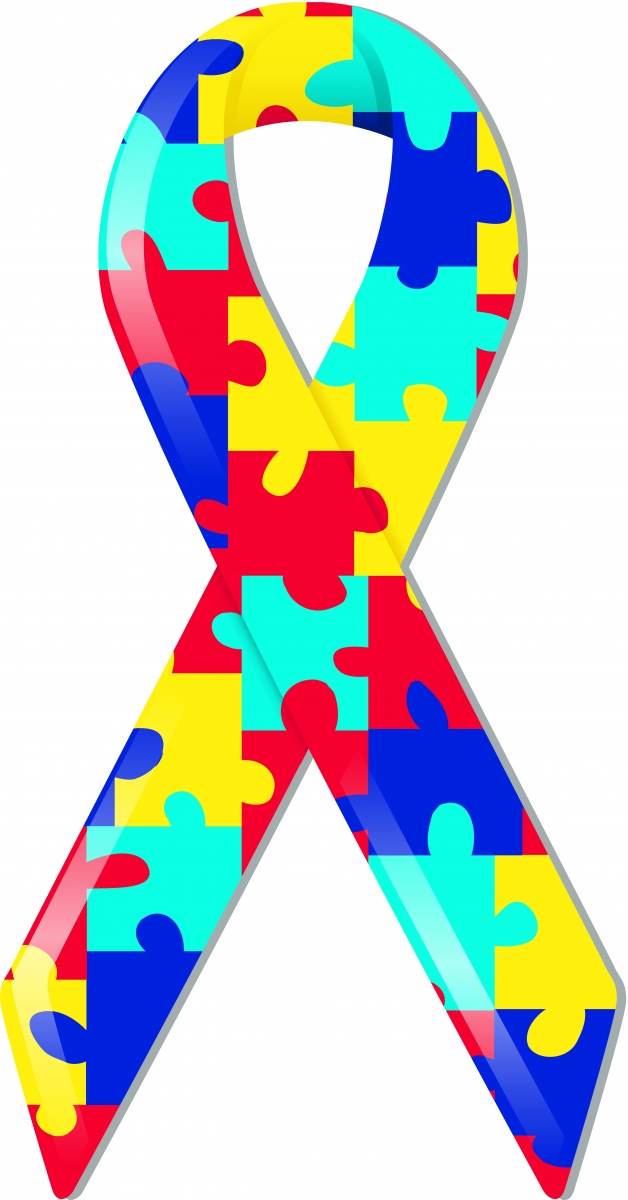 My name is Carey.  I have been married for eleven years.  I have four children, two boys and two girls, ages ten, eight, five and one. I live on a quiet circle in a middle class suburban neighborhood in north Florida. My oldest son rides horses. My oldest daughter takes ballet. They go to an A rated neighborhood school, and we go to Church just around the corner every weekend.  I stay at home with the little ones. Our lives are fairly ordinary, but most people do not see us that way.

We love someone with autism.

My oldest child was born at term at the local hospital in 2003 and appeared to be completely healthy at birth. He developed typically with the exception of not having much speech until 18 months of age, when he stopped talking and looking at people. Over the next year, others started to notice behavior that was odd, and in time it became clear that he was having issues beyond adjusting to having a new sibling.  He was evaluated in 2005, and the consensus was that he was probably autistic. We resisted the idea at the time, hoping that he was just having difficulty from fluid retention in his ears. Therapies were started then, in the hopes he would catch up. By age four it was clear that he was not catching up, and at age 5 we had him re-evaluated so that he could formally be diagnosed.

Our son has what is considered classical autism. He is a moderately functioning individual. It took several years of hard work, but he is for the most part well behaved and does not have outbursts or tantrums anymore. He is significantly socially impaired, and requires quite a bit of cuing and guidance. The main issue is that he does not intuit what he is supposed to do on his own. He is very intelligent, but doesn’t learn traditionally, so he needs ESE services.  It is not unusual for there to be gaps in his knowledge. For example, he can multiply numbers but he cannot do subtraction that involves borrowing. He has some attention issues, and he does have some odd behaviors and obsessions, but they are mild. Sometimes he feels the need to walk through a doorway twice, touch things multiple times, or will bounce in place. He has one savant ability: he can calculate the day of the week that corresponds to any date that you provide him, even if it is hundreds of years in the future or past.

It was not always this simple for him. When he was little, these issues were significantly more pronounced and it was difficult to function in public or at a friend’s home.  He overstimulated easily and had many tantrums. When he was little, the tantrums were so severe that I had to restrain him in a hug so he did not get hurt. Life was a struggle for those years. My husband and I had to teach him how to deal with his overstimulation and to get along in public. I had to learn everything about how his mind worked. Eight years later, I can say I am mostly fluent in his autism. I can tell what will work for him and what will not. When I started I had no idea what I was doing. I was flying blind and we were crashing pretty much every single day. It took me several years to realize is that we were crashing because of me. I was despairing because I unwilling to accept the path we were on.

Catholic Sistas has asked me to write this piece several times, and I have made excuses or resisted every time. I had so many reasons that I couldn’t write it.  I finally realized recently that the reason why I was resisting it was because I did not want to admit things about myself and my own weaknesses that are part of the story. The reality is that even though today I am a much stronger person and I am in a place of acceptance on this journey, I was not for several years at the start. I went through a very significant grieving process that was almost like a death, and that grief affected my ability to really learn how to help my child. What was worse was that I kept that grief inside because I knew it was unacceptable to grieve a living child. Today I can say that while I would take this cross from him if I could, I accept that I cannot. To get to that place, I had to grieve what I thought was going to be his life. Remember, he was born healthy. He was a typical child for a while. It is not the same as having a child born with a disability who you know from day one will be on a different track. We thought he was going to live a typical life and had every expectation that he would, so our process was more like a person who had a child who was typical and then had a disabling car accident. I had to come to terms with that change.

I would be lying if I said that I handled it well, because I didn’t.

I grieved for a long time.

I was very angry at God.

I tried to bargain with God, and told Him all the things I would do if He would just take the autism away. I took my son to several healing services. I had him anointed many times. He never changed, but I noticed that I did. I know I personally coped with the challenge much better. In time, I realized that the person who was broken and needed healing was not my son, but me.

People tell me all the time that I am so strong and I must have so much patience for God to have entrusted me with my son. None of that is true. I can think of dozens of people off the top of my head that I know are more innately suited to take on the challenge of parenting an autistic child. I am a weak person, and I have very little inborn patience. I do not adapt to change easily, and trusting God has always been a challenge for me. I do not believe God made my son autistic. I do think God chooses to allow my son to live with autism because He is working through that. Because my child has autism, I have become stronger, I have grown patience, and I have no choice but to learn to trust God, for I simply cannot control everything myself anymore. It has become impossible.

I am a better person because my child has autism. I have become more selfless, understanding, and I have become less judgmental of other people. I have learned to really appreciate everything in life, because so much of life is impossibly difficult for my child, and I have to watch him struggle to accomplish things most take for granted. I don’t want my child to have to struggle with autism, as it is a very difficult cross. It is a cross that one wears on the outside, for everyone to see. It is a cross that is misunderstood, and brings unfair judgment upon him.  However, we all suffer in some way or another and this is our path in life. He is not less because of his disability, in many ways he is more. He is unconditionally kind to everyone, he does not discriminate, and he gives his best every day. If we judge by virtues rather than material accomplishment, he is way further on his personal path to Sainthood than most of us are.

Disabilities do not make people less; they just mean a different road is traveled.  We all are going to the same destination.

The path should not define us.

8 Replies to “We Love Someone with Autism”