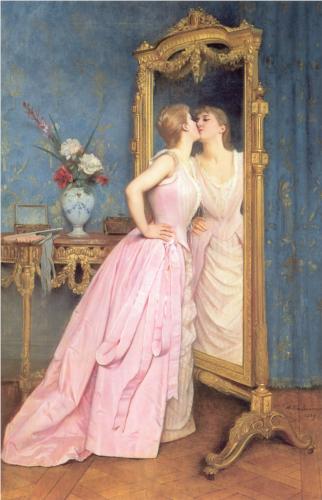 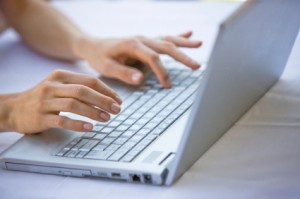 I’ve cast a lot of words out onto waves of the internet, and mostly have reeled in positive comments (“So cute!”, “I completely agree!”, “Looks delicious!” <- I actually don’t receive that one), and of course innumerable likey thumbs. There have been plenty of times I’ve cast out some words, or shared an article and have reeled in absolutely no feedback. There I am, out on my pier, all alone with my religious article, pretending to be cool about it. On occasion I’ve reeled in some negative feedback. And, I deem negative feedback as unwarranted, unfair, and uncharitable of the person from whence the smelly fish of a comment came. Even a mere comment of disagreement has no comfortable place in my combox. If you have nothing nice to say then don’t say anything at all. Keep your smelly fish to yourself. Since nothing I write is of any interest to people outside of my immediate family and friends, I receive lots of positive feedback, a good lonely helping of no feedback, and only a little negative feedback.

Evidence bears out that once a blogger reaches an audience base filled with strangers, the negative comments come trolling in, no matter the topic. But most internet contributors I know, via their personal blogs, Twitter accounts and Facebook statuses fall into the same category as me – receiving lots of positive feedback.

The internet provides all of us an unusually large daily audience, even for us friends and family only folks. Everyday has an opportunity to share something already emotionally sufficient in our lives and garner even more emotion from it. Enjoying snow cones with the fam? That’s already a pretty great hour spent. Post it on Facebook, and enjoy the high of 34 “likes” rolling over the next several hours. Downtrodden with the stomach bug going around? Post “Ugh. Sick again” and soothe yourself with the sympathies of ten “I’m so sorry, get better soon!” replies. Well, maybe it won’t be soothing, but at least a little entertaining while you’re stuck in bed. Share a deep theological article, and people will let you know how much it convicted them or how much they agree with you and your deep theological self. Maybe it was just a good thought provoking meme. Same response of affirmation from them, same response of feel goods from you – or, more specifically, me.

In the last few weeks it dawned on me how self-centered and self-affirming my approach to internet response is. I could receive thirty positive responses to an article I’d written here at CS, but only one negative response and that negative response would make me feel like a failure. To be fair, I don’t think this only applies to internet correspondence, but I think the internet both exaggerates and inflates the condition. I realized that if my expectation when posting something to the internet is that it will only be well received, that I am, in effect, reveling in vanity.

Furthermore, this made me realize how much I need to expect and even embrace the negative feedback. Afterall, I’m not perfect. And, even if I were, Jesus and Mary already taught me that perfection is no defense against sorrow, disagreement, or even alienation in this world. Mary is pregnant with the Savior of the world, and yet she and Joseph are turned down, inn after inn, after inn. Jesus feeds thousands of people, then proclaims that He is the Bread of Life, and all but twelve leave him. He is beaten, spat upon, and nailed to a cross, all for proclaiming the Good News.

As someone who is neither Jesus nor Mary, I need to be ready for negative feedback for three reasons.

A) We’ve been warned by Jesus, “You will be hated by all because of my name.” Lk 21:17 – As Jesus and Mary exemplified for us, evil will combat me no matter how close to God and Truth I may be. Such is the nature of living in this world. Charity and honesty are needed, but also the realization that even Christ didn’t badger people into believing his teachings. He simply stated the truth once and let them follow or leave.

B) We’ve been instructed “in all wisdom you teach and admonish one another.” Col 3:17 –  – I mess up a lot. Plenty of times I need to be admonished, and of some of those times, someone might actually do so. It’s not evil. It is, however, uncomfortable. And it’s biblical. I need to be ready to accept the admonishment, especially without transferring the blame.

C) When someone disagrees with me, it’s okay. It’s not necessarily hatred or mean spirited, someone can just simply disagree with me. Sometimes it’s easy to take this personally when it doesn’t have to be. It may be more personal than the interlocutor may admit, but maybe not personal at all. Above all, I need to remember that my ideas and preferences can be disagreed with.

D) Sometimes, yes, I will receive unwarranted negative feedback, of the type that may be a personal attack or simply unfair. I need to remember to not dismiss all negative feedback to this category, but to see first if it may fall into the first three. On the occasion that the confrontation is of this category, I need to be ready to forgive immediately, because God knows how many times I have said things in this category to others. I don’t need to hold others to a higher standard than I wish for them to hold me to. And in this case I need to respond to them the way I would genuinely want to be responded to when I am in the wrong – which may be to just let it slide without recognition.

While I know it’s honest that I still want only positive feedback, I can see that this desire in me is neither good nor healthy. It’ll be a long time, if ever, before I can receive negative feedback well, not matter how warranted or unwarranted such remarks may be. My humility, however, will demand I learn to do so.

2 Replies to “I Want Only Positive Comments”