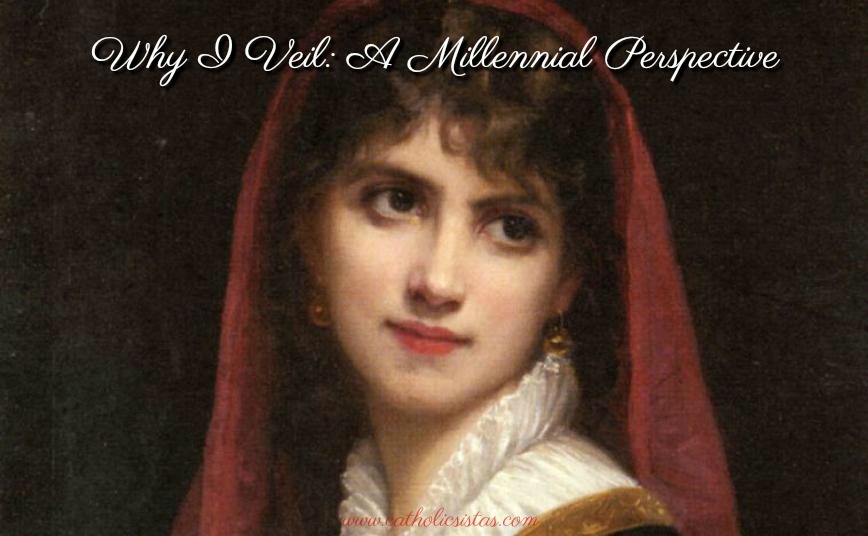 This Lent, I started covering my head during Mass. I know, I know- off the Traddie rails, am I right? But hear me out.

I wanted Lent to be different. I wanted to be able to say that I had prepared in a way that I hadn’t the rest of the year. I really felt strongly that I should start to do this.

And guys? It was amazing.

The Sacrifice of the Mass

The biggest thing that veiling has done for me has helped me stay focused on the sacrifice of the Mass.

As a mother of two young kids, here’s what my preparation for Mass looks like. I get up (probably late) and run around like a crazy person making sure we’re all dressed and have the diaper bag and everyone is wearing shoes and coats and underwear. My son is mad that he can’t wear his football shirt. My daughter is mad because she doesn’t like to go anywhere or do anything if she has to, but would prefer to float through life without any obligations. (Me too, kid. Get in the car.) My husband stands in the wrong place or something and annoys me because he’s not in my head and I’m mad at him for not doing what I’m thinking of asking him to do because I didn’t leave enough time to get ready. Once we get to church it’s an hour of picking up thrown books, handing out this week’s Magnifikid to my daughter if I was smart enough to bring it, handing out last week’s Magnifikid to my son to color on and having him flatly reject it (sorry, you can’t read, so you don’t get your own subscription), and convincing both children that Daddy will, in fact, come back after being an Extraordinary Minister of Holy Communion. He didn’t go away to war.

Wearing a veil has become a physical reminder to myself that I am in the presence of God in the Blessed Sacrament. I am participating in literally the most important thing I will ever do. Not that the obligations of my family go away, but I am able to switch my mind back much faster and focus much more after distractions.

It’s Not About Me

Wearing a veil at Mass has changed the way I feel about myself as a woman in unexpected ways.One of the concepts that I love is that we veil what is sacred. The tabernacle and altar are veiled. Women are sacred- we have a duty unlike any other. We have the privilege of veiling before the Lord that men do not.

When wearing a veil at Mass, I am not Kathleen anymore. I’m not the girl that’s worried about her forehead wrinkle and that weird hair that sticks up at my hairline. I am a daughter of God, and I am able to be much more humble before Him. It is not about me.

As someone who can tend towards the sin of vanity, I had hoped that this would happen and it has truly allowed my relationship with my God to deepen.

One thing I never expected was the way veiling would make me feel about my femininity and even my fertility.

Since I had my son four years ago, my attitude towards my fertility was that it was basically a long slog towards menopause. I had (have) grave medical and psychological reasons to avoid or postpone subsequent pregnancies. Super fun when you practice NFP and you’re not even thirty yet.

But veiling has made me focus on my femininity. That focus has made me realize that while I don’t know if I can handle a pregnancy now (or in the near future), my fertility is a sacred gift from God and not something to be merely managed. The power and privilege to have the ability to carry a child (with regards to how God designs us, not restricted to married or fertile women) is unbelievable, and I am so unbelievably lucky that I get to experience that.

Veiling is not for every woman. It is not required for Novus Ordo Masses (although I wear mine at NO Mass), and if it makes you uncomfortable this is clearly not the sacramental for you. But if you are intrigued by the idea, I suggest giving it a try. I promise, you will never think about yourself before the Blessed Sacrament in the same way again. 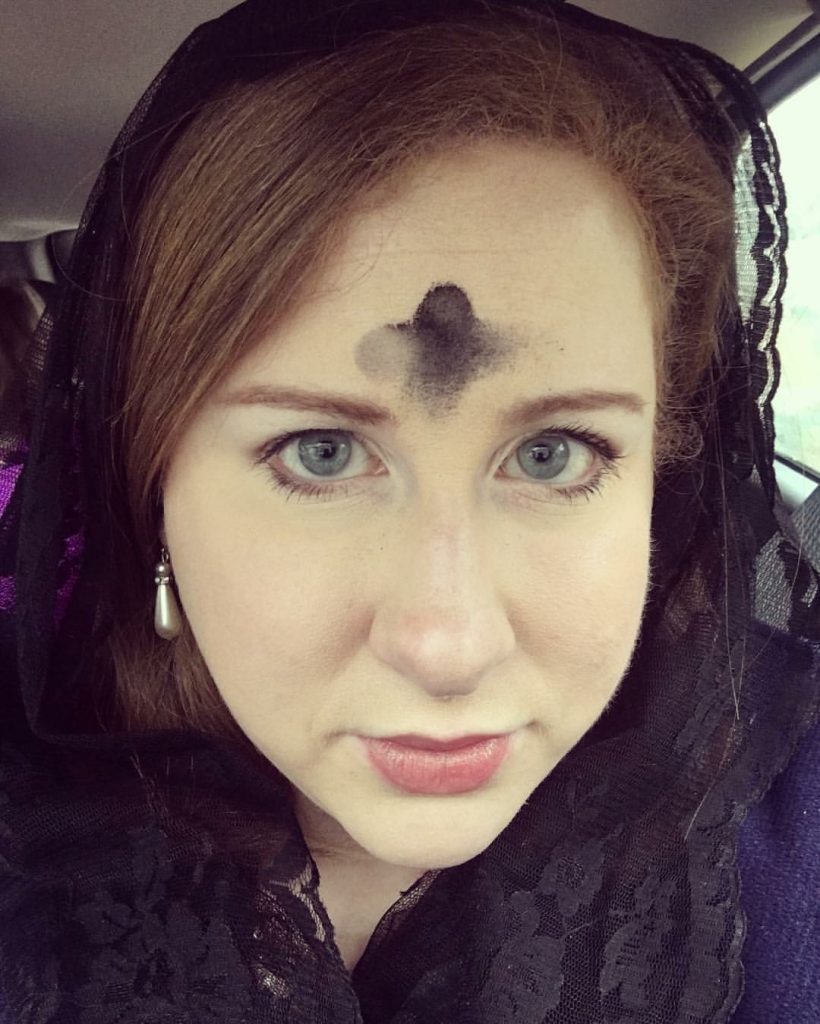 4 Replies to “Why I Veil: A Millennial Perspective”