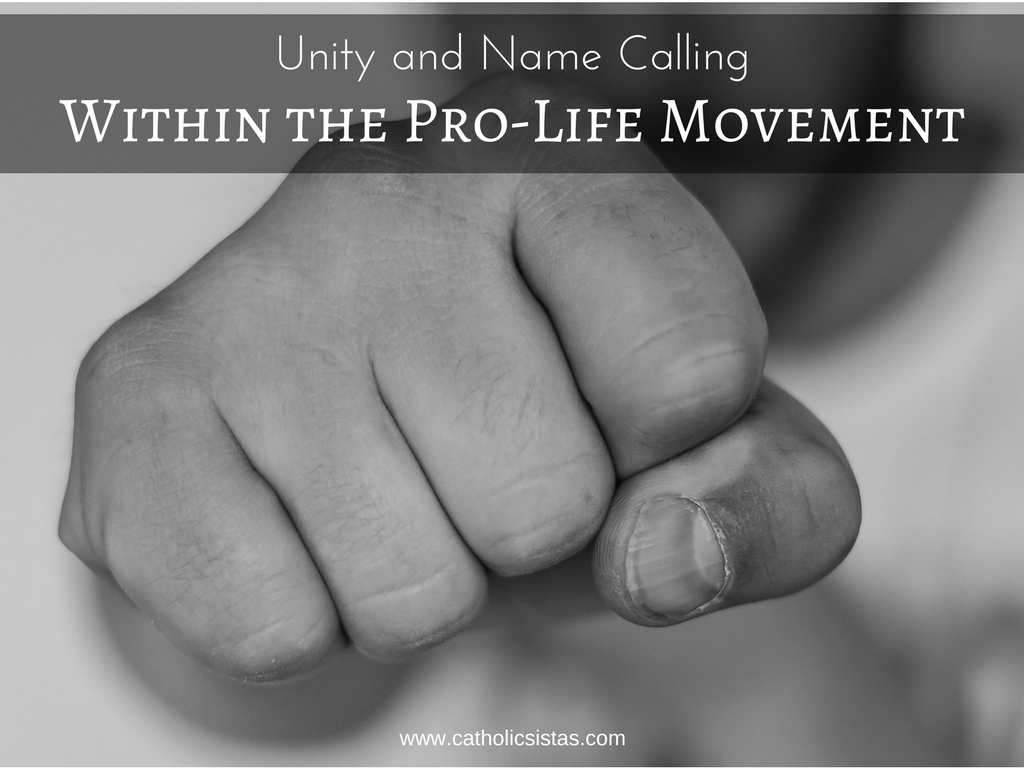 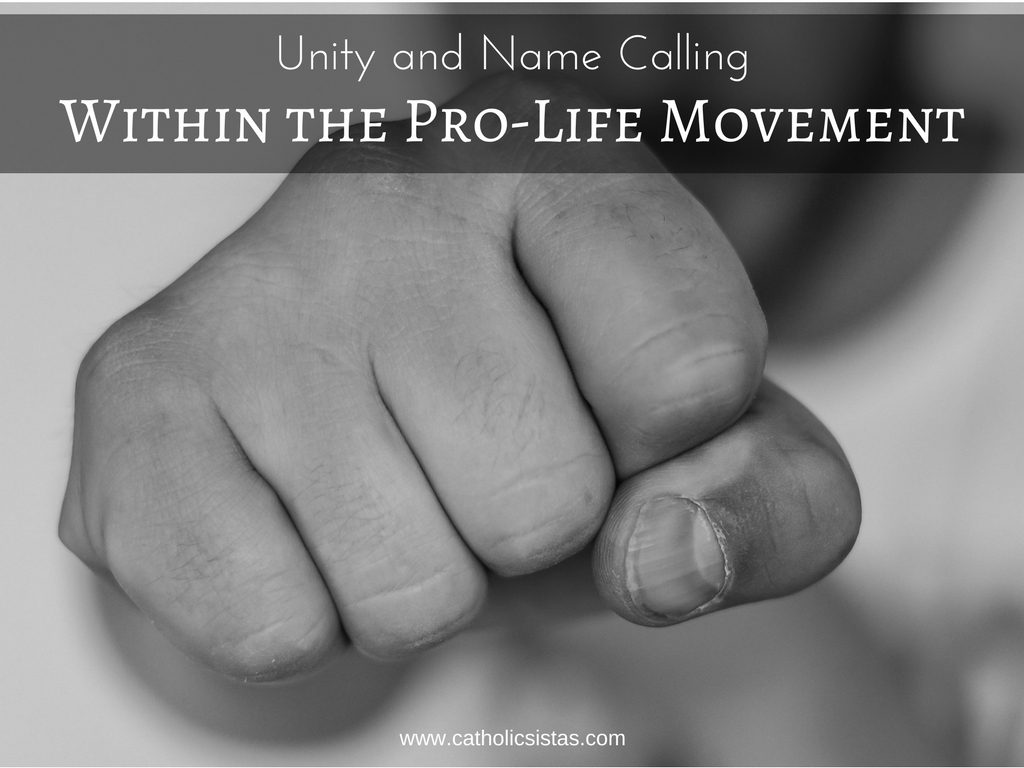 In so many ways, the pro-life movement seems to be winning. We are passing multiple pro-life laws at the state level, attacking legalized abortion from many different angles. Abortion facilities are closing all over the country, while new pregnancy resource centers, maternity homes, and pro-life women’s health clinics are popping up all over. We’re helping mothers in need, we’re reaching the youth (who are more likely to be pro-life than previous generations) and we’re helping abortion facility workers leave the industry in record numbers. We’re defunding Planned Parenthood and outlawing late-term abortion. Science is on our side too, with amazingly detailed sonograms, successful in-utero surgeries, and premature birth survival rates increasing everyday.

As Vice President Mike Pence declared at the 2017 March for Life, “Life is winning in America”.

So why does it often seem like we’re losing? I think one of the biggest obstacles to pro-life successes is our pro-life infighting. This is not only counter-productive to accomplishing our end goal of abolishing abortion, but it’s also scandalous.

There are all kinds of disagreements within the pro-life movement: should we take an incremental approach, or a complete abolition of abortion approach, or something in between? Should we focus on the unborn baby, or the mother, or on abortion facility regulations? Should we pass laws we know are constitutional and will be upheld in court, or should we push the envelope and pass laws that are currently unconstitutional, hoping the Court will rule differently and uphold them? Should we pass laws that contain exceptions for rape, incest, or life of the mother? Can one be a pro-life feminist or are the two mutually exclusive? Should we use images of aborted children in front of abortion facilities? What is the best approach to sidewalk counseling? Should we include other issues under the banner of being pro-life – euthanasia, embryonic stem cell research and cloning usually count, but what about contraception, human trafficking, the death penalty, war, gun control, etc? What issues come under the umbrella pro-life? Who decides? We even argue over langue: abortion facilities or clinics or mills? Pregnancy resource centers or crisis pregnancy centers? The list goes on and on and on.

Discussions and disagreements about policy, about language, about our approach to this issue, have their place when they are constructive, and indeed can help us continue to evolve and move forward more effectively. The problem is when we let our policy disagreements turn personal. When we start attacking each other, we have lost sight of what we should be focusing on, and the enemy has won. I have seen this happen a lot in the pro-life movement: calling those we disagree with “fake pro-lifers”, as if there really were such a thing, or even worse, calling pro-life advocates “pro-abortion” just because you disagree on approach (this happened to me just a few weeks ago!). There have been recent discussions about who is pro-life enough and others have stated the need to “purg[e] the movement of the cancers” of those in the pro-life movement who they disagree with.

This is outrageous. We must stop this childish name calling, these petty personal attacks. We must stop putting each other down. I’m reminded of the old childhood adage: “if you don’t have something nice to say, don’t say anything at all.” Let’s apply this to others in the pro-life movement, even those we disagree with. Yes, lives are at stake, yes, we urgently must end abortion. I absolutely agree with that, but we won’t end it any faster by name calling and putting other pro-lifers down. Disagree and discuss policies, but don’t attack people.

Certainly, there are problematic approaches in the pro-life movement. There are absolutely anti-Catholic groups, groups approving of violence or breaking the law, and groups that are advocating for policies that will set the movement back. I’m not naive enough to think all approaches are equal and deserve the same consideration. Harmful groups and policies should be called out as such and avoided, but preferably without the personal attacks.

We fight so hard for the unborn because we recognize their human dignity, because we know they are made in the image of God and worthy of protection. So why can’t we see that Imago Dei in our fellow pro-life warriors? What kind of pro-life witness are we being to those who support abortion, if we claim to love the unborn child, the least among us, but we have hatred in our hearts for others within our own movement? What kind of example are we setting when we say ‘love them both’ but we can’t even love those fighting this good fight along with us?

There is, of course, a sense of urgency in the pro-life movement, as there should be. Children are dying. I don’t want abortion to be legal for one more second, forget another day or week or month while we debate approaches and tactics and language. But it is the law of the land, and we must find ways to work within the system and around the system, as so many have been doing. Calling names, belittling others, and misrepresenting facts is not of the Lord. That is not the way He is calling us to fight this battle, and it is not the way we will win. We cannot win the rights of one group by dehumanizing those we disagree with. This goes for those who support abortion, those who perform abortions, those who have had abortions, and yes those pro-lifers we disagree with on policy and tactics. Please, before you call another pro-lifer ‘fake’, or take part in personal attacks and putting others down, stop and say a prayer for them. Then ask yourself: is what I’m about to say kind, true, and necessary? Will it help bring awareness to the humanity of the unborn, or only lead to dehumanizing others? As adults, we should be able to have healthy debates about different policy approaches without name calling, distorting the truth, and putting others down. That doesn’t help the unborn babies and it certainly doesn’t help our souls.

The late, great, Justice Antonin Scalia once said, “If you can’t disagree ardently with your colleagues about some issues of law and yet personally still be friends, get another job, for Pete’s sake,”. While he was referring to disagreements on the interpretation of law, I think this applies to those in the pro-life movement as well. Debate policies and approaches. Leave the name calling and personal attacks out of it.