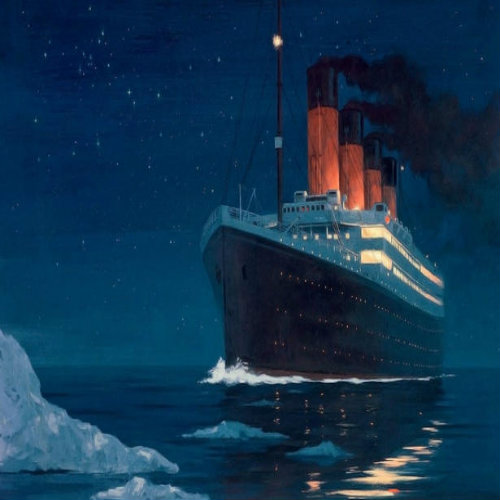 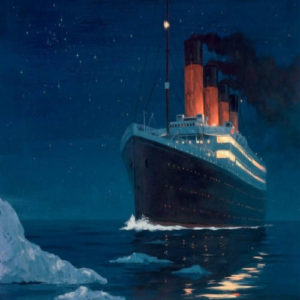 Much has been written and said about the sinking of the Titanic these past 100 years. There are books and movies and books about the movies; yet none of these popular tales capture the truest story of love that rose above the sinking of a luxury liner – the Titanic. And how can one be surprised? In this age of promiscuity, how does one expect the story of a truly heroic figure to rise above the titillation of a beautiful young, albeit imaginary, couple and their ‘true’ love infatuation?

Yet there was such a story! This relationship of true love began when Rousell Davids Byles, the eldest of seven children to a minister, went off to Oxford to study theology. While at Oxford he converted to Catholicism and took on the name, Thomas. After having attended seminary he said ‘yes’ to the Call…and the Church became his Bride. Fr. Thomas Roussel Davids Byles spent around ten years as a parish priest in England before receiving an invitation to come to New York. His brother, William, wished for him to officiate at his wedding and this intent placed him on that fateful journey.

While on board, Fr. Byles served the people of every class by saying Mass and fulfilling other priestly duties. His homily on that fateful morning would be ironically relevant…it concerned ‘the need for a spiritual lifebelt in the shape of prayer and the sacraments when in danger of spiritual shipwreck in times of temptation’.[1][2] It is said that he was above deck, reading from his Breviary, when the iceberg was struck. As the fate of the ship and those on board became evident, Fr. Byles repeatedly refused the use of life saving measures and instead gave solace to those facing their demise. He heard confessions, gave general absolution and prayed the Rosary while encircled by members of all faiths. 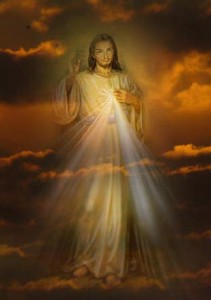 Much is said about heroes and love these days. The current definitions fall far short from the pure intent of these words, however. A hero is someone who would give up his life for the good of another. Jesus showed us that on His cross and others have emulated Him ever since. The great St. Maximilian Kolbe comes to mind as one such hero. Fr. Byles is surely another! This type of heroics beautifully illustrates the truest definition of love – in its purest form. Love of God above all others and love of neighbor as oneself! On this, 100th anniversary of the sinking of the Titanic AND Divine Mercy Sunday, let us reflect on the true meaning of love and heroes. Allowing Jesus to drive our desires and actions will speak of a great love – the love of creature for the creator. And in all things, surely we can do no less than to say, ‘Jesus, I trust in You!’.
.
[1] Fr Thomas Roussel Davids Byles – Titanic Biography – Encyclopedia Titanica
[2] The Scotsman and Extracts from the Diary of Father Patrick McKenna

7 Replies to “The Real Love Story of the Titanic”