The Plan after Unplanned 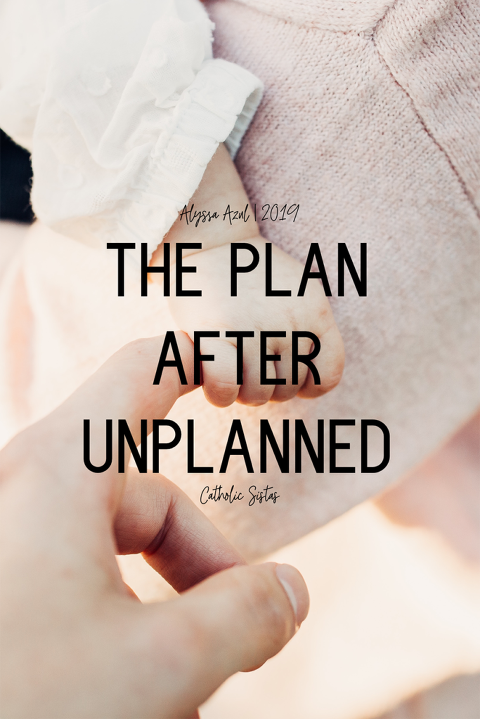 Unplanned was screened in just over 24 cinemas across Canada, and done so despite strong protests against it. In my city, the movie was only shown in two theatres and for less than a week, so you’d better bet I was rushing to go see it. Before I get into the thick of it, one positive outcome was that the movie ended up selling out across the country. Not just because of the amount of pro-lifers wanting to see it, but  because of those who were on the fence, or pro-choice altogether. There were loads of mixed reviews after the movie aired, some quite offensive, but I think that the most powerful thing to come out of that film was the conversation it started.

I was no stranger to the Planned Parenthood controversy before entering the theater. I used to listen to Lila Rose podcasts, of her research and undercover investigations in the clinic. I was also familiar with Abby Johnson’s story: a former clinic director turned impassioned advocate for life and anti-abortion. I thought I would be prepared for this movie.

The film opened up immediately with a scene of a young girl at about 13 weeks pregnant undergoing an ultrasound-guided abortion. It was the first time that Abby would witness firsthand, what a fighting life looked and felt like (as she was holding the probe).

It was a shockingly graphic scene, and I don’t think there was one woman in the theatre that wasn’t clutching her stomach, or feeling uncomfortable. It felt like somewhat of a physiological response to something deeply unnatural and inhumane.

As overwhelmingly emotional as the movie was, I think it’s so important for women of my generation today be aware and adept at speaking about these issues. What’s more, we as Catholics should learn how to have a conversation about protecting the sanctity of human life without drawing on religious arguments right away. This doesn’t mean we hide the truth, but we have to find a way to open up the ears of our brothers and sisters who are non-believers. We know there are valid non-religious arguments for the existence of human life at conception, but are we equipped to use them? When we have conversations with our coworkers, friends, and family outside of our religious circles, we need to learn how to converse with them and find the moment. I call the moment the tiny door that opens up and allows you to ask a question that crosses into personal territory without raising any sort of debate. People tend to let their guards down when they feel they are being heard.

I recently found a moment at work. My female coworker and I were casually talking about life goals and ambitions. As she was of a certain age and professional status, my curiosity compelled me to push a tiny bit into that personal territory, with respect of course.

I asked her, “What are your thoughts on having children?”

I was genuinely curious. I wanted to know what women today truly thought. It stunned me how tough it was, how we often try to censor ourselves when it comes to talking about kids, motherhood, and family. I braced myself for a guarded response, but she instead started talking about why she wouldn’t have kids until she was fully ready. Our conversation spun into one about why people have kids while in unstable relationships, or because of pressures from friends and family, and even pressures from the marriage itself. What I realized was that we actually cared about the same thing: children being raised in a stable home.

We didn’t agree on everything, but I got to see some of the underlying issues as to why men and women divert from the God-designed family structure, and see some of those “where we went wrong” points in society. I never made any comments about what I believed in, I just asked questions. We don’t have these conversations enough, especially with other women. I think some of us are too busy judging each other’s lifestyles that we forget about our common ground.

This connects me to a moment that inspired me from Unplanned. It was the perseverance of Marilisa, the young woman that worked for 40 days for Life on the other side of the fence, praying for and speaking to the girls about to go in to the clinic for appointments. The most ‘scandalous’ thing about her behaviour to me was the relationship she formed with Abby Johnson over the years that Abby ran the clinic. Both women were fully aware that they were on opposite sides of the issue, but both continued to do their work for their causes in front of each others’ eyes, with an unfailing grit and determination . They spoke to each other cordially, and sometimes even crossed lines into personal territory. The scene that intrigued me was when Abby was getting into her car with balloons and such after celebrating her baby shower at the clinic, and Marilisa saw this. Instead of asking pointed or loaded questions, she congratulated her. She spoke to Abby with a gentle, genuine demeanor, as she was also carrying a child herself. I thought it was a powerful moment between the two women, and it’s as if Marilisa saw who Abby Johnson truly was in that moment –  not only two people, but two souls. It was a moment that fueled Marlilisa’s prayers, that Abby would one day wake up and see the truth. It was the respect and love that Marilisa treated Abby with over the years that led to the ultimate action of Abby running into her arms when she finally realized the lie that she had been living, and selling.

It’s a question we all have as pro-lifers: How can we have a meaningful impact on the other side of the fence? I think that genuine love must drive our words and actions. When we speak with people about the value of life, our bodies, motherhood and abortion, we must attempt to listen and empathize before expressing judgement. I am of the belief that small, meaningful conversations can change the game as much as large movements, protests and political sanctions can.

It’s hard to see the scale of the impact that our words have, but changing just one woman’s life is a win in itself. Teaching a girl or woman to love her body is a win. Celebrating children in all families, whether broken, blended, or nuclear is a huge win. Supporting women post-abortion is a win. Sharing information on the biology of sex, hormones, and childbirth is a win. There is so much information about the human body that kids don’t learn in schools anymore…the internet has become a new teacher with lessons that range from real to dangerously ‘fake’. You just never know when your small win can influence something as big as convincing a woman that the fetus inside of her is truly alive.

In my reflection of the film, I recall David’s awe and humiliation in Psalm 139,

If I say, “Surely the darkness will hide me and the light become night around me,”

even the darkness will not be dark to you; the night will shine like the day,

for darkness is as light to you.

For you created my inmost being; you knit me together in my mother’s womb.

I praise you because I am fearfully and wonderfully made; your works are wonderful,

I know that full well.

My frame was not hidden from you when I was made in the secret place.

When I was woven together in the depths of the earth,

your eyes saw my unformed body. All the days ordained for me were

written in your book before one of them came to be.

I pray that one day every man and woman recognizes how intentionally and intricately designed their bodies are. I pray for the day that every woman sees how precious her body is, and the part it plays in God’s beautiful love story with us. I pray that my sisters all over the world continue to draw strength and grace from our Immaculate Mother in times of confusion and turmoil.  I pray that children are loved completely and without condition, just as Jesus loved. Lastly I pray for the unborn babies. They are loved and not forgotten.