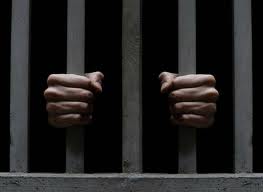 In our first article on capital punishment, we talked about how the truth about the inherent dignity of every human person must be recognized and upheld. I also mentioned that Catholics tend to fall into one of two categories when it comes to the death penalty: those who want to “fry” every person who murders someone and those who think the death penalty ought to be abolished entirely.

The most obvious place to start for the Church’s official teaching on capital punishment is the Catechism of the Catholic Church. Specific guidance about the death penalty takes up just three paragraphs in the entire tome:

Assuming that the guilty party’s identity and responsibility have been fully determined, the traditional teaching of the Church does not exclude recourse to the death penalty, if this is the only possible way of effectively defending human lives against the unjust aggressor.

If, however, non-lethal means are sufficient to defend and protect people’s safety from the aggressor, authority will limit itself to such means, as these are more in keeping with the concrete conditions of the common good and more in conformity to the dignity of the human person.

Today, in fact, as a consequence of the possibilities which the state has for effectively preventing crime, by rendering one who has committed an offense incapable of doing harm – without definitely taking away from him the possibility of redeeming himself – the cases in which the execution of the offender is an absolute necessity “are very rare, if not practically nonexistent.”

This section of the Catechism was first introduced  in the revised 1997 edition, ostensibly to reflect the position of the late John Paul II on the death penalty and to make the official teaching of the Church consistent with the Pope’s 1995 encyclical, The Gospel of Life. In that encyclical, the Pope said that execution of a violent criminal is justified is if it is the only means available to safeguard society. As we now see in the Catechism, however, the Pope expanded this idea; now, the need to end a criminal’s life to protect society is “practically non-existent” in developing nations. Heavily influenced by anti-death penalty advocate Sister Helen Prejean, John Paul II reasoned that modern prisons are so secure we can keep even the most violent predators behind bars without executing them. And that will keep the rest of us safe.

Alternative #1 to the Death Penalty: Life without Parole

Every person who opposes the death penalty initially insists that a sentence of “life without the possibility of parole” will protect society from violent criminals, especially in wealthy western nations that have modern prison systems. Yet even in the United States, which arguably has the best prisons in the world, these institutions see a significant number of successful escapes. A simple Google search for “murderers escaped prison” turned up dozens of fairly recent news stories about inmates escaping from prisons in this country—in some cases, maximum security prisons. In most cases, the desperate fugitives went on to kill again after their escape.

If I can pull up literally dozens of recent news stories about this happening all over America, can we legitimately claim “life without parole” will always protect us from violent criminals?

So put them in Supermax, death penalty opponents say. A Supermax, short for “super-maximum security,” is a prison that provides long-term, segregated housing for society’s most dangerous inmates. Security in these prisons is so outrageously complex and layered that it is the only kind of prison from which no inmate has ever escaped. With prisoners escaping from even maximum-security prisons, Supermax then, would seem to be the only means of guaranteeing that a violent inmate will not escape to hurt others again.

A few years ago, I watched a lengthy documentary on Supermax prisons that convinced me Supermax is not a viable option to the death penalty.  Prisoners are kept one to a cell and allowed out of their cells for a mere one hour per day to exercise and even that brief exercise time is spent alone. Meals are put through ports into cell doors; there is no cafeteria. Cells are windowless and are lit 24 hours a day, with inmates under constant TV surveillance. Cells are also soundproofed to prevent communication between prisoners.

Even if it did not cost an astronomical amount of money to house an inmate in Supermax, there are undeniable ethical problems with this kind of incarceration. Supermax prisoners are allowed no human contact whatsoever. For years, decades even, they are in solitary confinement and isolated from all humanity.

Human beings are made by God to be social creatures, which is why extreme isolation such as Supermax is undeniably a form of psychological torture. Most Supermax inmates end up going insane and begging for death long before they die naturally. In 1996, a United Nations team assigned to investigate torture described Supermax conditions as “inhuman and degrading.” A New York Bar Association study concluded that Supermax prisons constitute “torture under international law” and “cruel and unusual punishment” prohibited by the 8th Amendment under the U.S. Constitution.

Death penalty opponents claim that capital punishment violates the dignity of the condemned person. And Supermax doesn’t?  Most dangerous criminals escape the psychologically torturous experience of Supermax simply because states can’t afford to house everyone who poses an ongoing threat to the public in a Supermax prison. So most inmates, even the most violent, are placed in maximum- and sometimes even medium-security prisons. Which, as we’ve already demonstrated, provides no guarantee the person won’t escape and go on to kill again.

If prisons aren’t adequately secure, and Supermax is torturous, then just upgrade the security in prisons that house violent criminals, right? But even in a highly secure prison, violent inmates pose an ongoing threat to human life, because they can still harm prison employees and other inmates.

Again, a simple Google search will pull up plenty of news stories such as this one and this one, that show prison employees are often killed by violent inmates behind bars. Prison guards are innocent people who, like police officers, are simply doing a tough and dangerous job. Like the rest of us, they deserve to have their lives protected from violence. Other inmates are regularly murdered, too, by “lifers”…and many of those whose who are murdered had not been given life sentences.

People forget the desperation that sets in when a person in his 20s or 30s knows he will be spending the rest of his natural life behind bars, with no possibility of ever getting out. Who knows that realistically, there can’t be consequences for killing another person, if the death penalty isn’t an option and you’ve already received the worst punishment the state can offer. In states that have the death penalty, inmates sentenced to life without parole will kill again for the sole purpose of trying to obtain the death penalty, because they consider lifelong incarceration to be unbearable.

I have yet to encounter a single death penalty opponent who will address the realities of frequent prison escapes, Supermax-induced insanity, or murders committed behind bars against prison employees and other inmates. One has to wonder how the need for the death penalty is “practically non-existent” when even the most modern prisons cannot keep violent criminals from escaping fairly regularly or keep them from harming others even while incarcerated.

It is clear that even behind bars in a maximum-security prison, intractably violent predators still pose an ongoing threat to human life. In our quest to protect the life and dignity of a convicted criminal, we cannot sacrifice the lives and dignity of other people—in many cases, innocent people—to do so. This is why the Church has consistently taught that though executing a convicted person may be tragic, it may still be necessary at times.

Next Time: Death Penalty Reform—When what ought to be a rare protective measure becomes instead a common and punitive one.