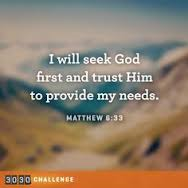 I love school. I did not always apply myself and get perfect grades, but I always loved being in the classroom. I did not relish in my life as a student like I should have. I was in a rush to be done, to move on the next chapter. I worked while I attended the university, but I had no other daunting responsibilities. It was, in hindsight, the best (read, carefree) time of my life in some ways. I never turned to God during that time, however. What a disappointing way I lived my life. I was empty in so many ways, and I did not comprehend how I only needed Him to be fulfilled. I now know it was He who moved me quickly through this phase, because it was not until I was in my senior year that I found Him again. 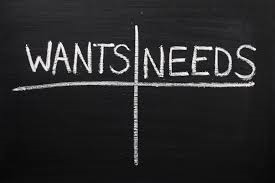 I was in love a few times during that time. The first was my “first love”; he affected me so profoundly and I look back at that relationship with a lot of “what ifs”. I was seventeen and so preoccupied with having it all that I could not see “us,” so justifiably, it ended. I never prayed for him, and I never prayed for us, though I thought I had been praying at the time, because that is who I thought I wanted. My heart was broken in a million pieces, but it was what I wanted that broke my heart, not what I needed. I noticed that the less I actually was in touch with God at any given moment, the less I was in touch with who I was.

Later, I fell in love again, with my best friend at the time. He was fun and happy and smart and kind. He was such a blessing to me in many ways, but again, I never prayed for him or for us. His friendship was what I needed to bring me to the next blessing I would be given.

Then, two weeks before I graduated, the moment when I rediscovered my faith, there he was, the man who God gave to me. I prayed for him, a lot. I prayed for us, a lot. For the first time, I was at peace with my companion, because he was the gift that I knew I prayed for. I wanted all of them at one point or another, but I could not have them all, so God gave me the one for whom I truly prayed. So after 21 years, while it may not be passion I feel at all moments like I thought I had wanted, it is peace and security, that which I had actually prayed for and needed, not just wanted.

I wanted a specific career. There were roadblocks everywhere I turned. I did not want to be a teacher; at no moment did I ever want to be a teacher! God gave me the gifts he knew I needed, not the ones I wanted. My preparations thus far had not paved the road I wanted to take like I thought they had, but they actually opened doors that, in the long run, were the most advantageous to the life I prayed for. I am now always in the classroom.

I became a mother, not in the time frame I wanted, but in the time frame that God deemed fit. My husband I were going to travel and work, but instead, my best gift came into being, because I had prayed for him. As a teacher, I had my summers with my baby, and by the time my second son came, the one I prayed for with every fiber of my being, I was able to be home full time and be with my sons, another answered prayer.

My career enabled me to be home when my kids were home, and be at school when my kids were at school. Having resigned myself to two sons, surprisingly I was blessed with the little girl I prayed for. I say often that God knew my heart’s desire, better than I did, my perfect prayer, and blessed me with my daughter.

Along the way, I have had many losses: my first loves, some friends, many aspirations, but ultimately, I am who I am because I could not have it all. I am not sure if I will go to my grave with regrets, however. Regret is an interesting thing, because, whether we realize it or not, we cannot have it all. The price we pay for one desire is the price we pay for another. If I had not known how to sacrifice and accept that which I have been given as gifts from God, I would probably be miserable. What an ultimately peaceful way to resign myself to God’s will.