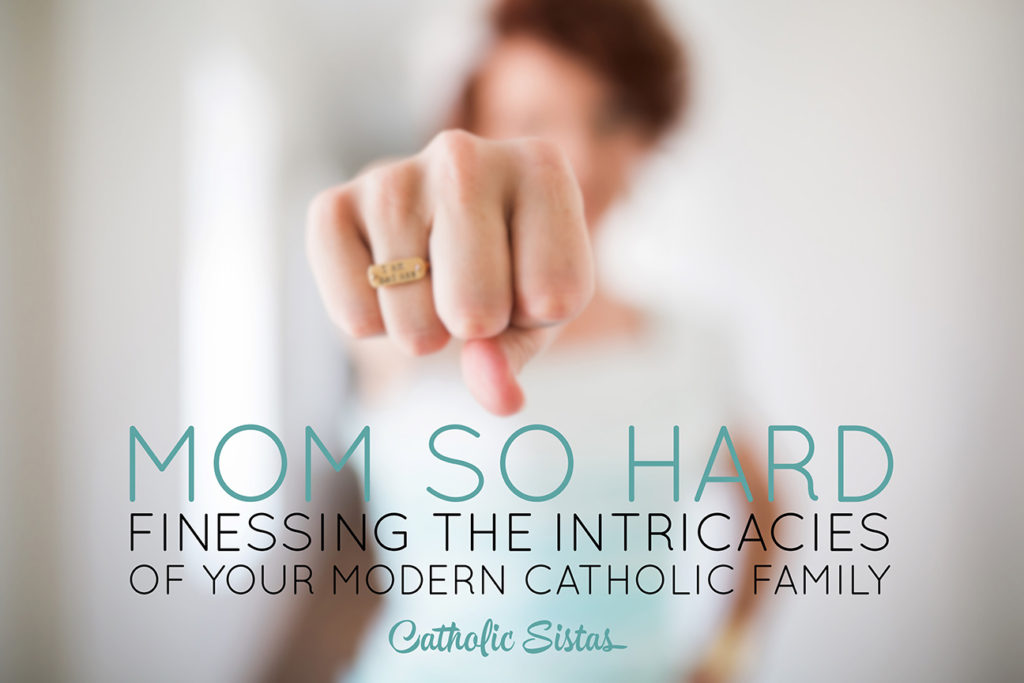 Welcome to this installment in the series MOM SO HARD – FINESSING THE INTRICACIES OF YOUR MODERN CATHOLIC FAMILY, a series focused on taking a look at the Faith through the lens of being a Catholic mom. This series is going to–using a spiritual foundation as our starting point–walk with you and share candid and practical elements that make up our days. We will look at primary spiritual elements, recognizing that without God, nothing is possible. How do we start our day? How do we end our day? If God does not bookend our days (at a minimum), we can start to see how feeling overwhelmed or worse can creep into our day. Even the most mundane of chores and activities can be done to glorify God. So, grab some coffee, a notebook, and a pen, and let’s get started, shall we?

For the first five years of my motherhood journey, I felt like I did not belong.

We were married young, with no savings, and I had just launched my interior design business when we had our first child. We had no available income for childcare, but more importantly I wanted my baby near me. I wanted to be his primary caregiver. I wanted to embrace the vocation of motherhood full on.

But at the same time, I also had a passion for my work. Just two years before having our son John, I hosted a show on HGTV that launched my interior design and television career. I saw before me enticing opportunities I could have never imagined for my life. And while no one said it this harshly, it was definitely implied that it would be more convenient for everyone else if I waited to start a family.

So I found myself, at the age of 25, with one foot firmly in the stay-at-home mom camp, and one foot firmly in the working mom camp. I had some friends telling me my place was at home, and at home is where I should stay. And then I had some friends saying I could have it all, and what was the harm in working. And I felt so much tension, feeling like I didn’t fully belong to either camp.

So as a result, I worked hard to prove to both groups that I could do it. I wanted to show the stay-at-home moms that I was still a present wife, mom, and homemaker! Look how cute my son looks on my hip while I shop for fabric samples- he’s like my assistant! And to the working moms, I wanted to prove that I could still be successful, that I was crushing it at work, that I could juggle kids and work without missing a beat.

I was able to keep up the juggling charade for a few years, but it got more and more intense. As my career grew, so did my family size. By the time I was 30, I had 4 children ages 5 and under.

And I was exhausted.

It all came to a massive implosion on a snowy November day. A light dusting of snow had fallen in my hometown of Toronto, making everything look so peaceful and pristine outside. And it was in such stark contrast to how messy the inside of my minivan was. My passenger seat was full of interior design samples, the floor of my car was littered with goldfish crackers, empty water bottles, forgotten sippy cups. I had an overflowing bag of diapers, wipes and onesies, and way in the back I had my less than a week-old newborn daughter Rose, and I was bringing her into a messy construction site because I had put so much pressure on myself to show up for work.

And it hit me that day as I stared at the mess and chaos around me, and realized that my priorities were as messy as my minivan.

I had become so reliant on what my achievements said about my identity and self worth, that I was blind to what this pursuit of success was doing to the people who mattered most to me, the souls I had been entrusted with to nurture, support, and bring closer to God.

It is so difficult to hear God when you are so consumed by achievement. He had been speaking to me throughout the chaos but I was reluctant to listen.

But slowly, things started to change. I changed my business drastically. I made sure my family knew they were a priority by ensuring I made space for them in my calendar. I showed up for my prayer life like I would show up for a client. I showed up for my marriage like I would show up for a live tv spot. It was a long and winding road of unlearning past habits and developing new ones, and trusting God even when it felt hard. But now ten years into my motherhood career, and seven gorgeous kids later, I am happy to report there truly is another way. What God revealed to me in the mess of my minivan and so many other messy motherhood moments, is that His plan is always so much better than my own.

Here is what I know to be true: God did not give us dreams so we could feel guilty for having them. This was the lie I believed for many years- that I was somehow wired wrong as a Catholic mom for having a desire to use my gifts outside of the home. What God revealed to me in my years post my “minivan meltdown”, was that with strategic time management, delegation and a clear sense of your priorities, you can be a great mom and pursue the dreams He has for you for you at the same.

But at the same time, this pursuit requires surrender and sacrifice. During certain seasons, it might be possible for a mom to dedicate time to a dream for several hours a day. During other seasons, dream chasing might only occur in short 15-minute sprints in between diaper changes. What’s also important to remember is that raising kids is one of the most important achievements of all. And while sometimes, it might not feel like you are “doing anything”, or no one sees the work you are doing, our Father in Heaven sees it, and the people who need it most, see it. God’s timing is perfect- and although we may have strong desires, His timing is the very best timing, and we need to have the docility to listen to His voice and go where He needs us.

Lisa Canning is a parenting, lifestyle and interior design expert in Toronto, Canada where she lives with her husband Josh and her seven children. You can pre-order her first book, The Possibility Mom: How to be a Great Mom and Pursue Your Dreams at the Same Time right now!

Let’s dig deeper. Did this post resonate with you? If so, please continue on below and consider starting a journal to jot down your answers. PRINT several copies of these questions to start your own journal based on different posts.

BOOK – The Possibility Mom: How to be a Great Mom and Pursue Your Dreams at the Same Time right now! by Lisa Canning 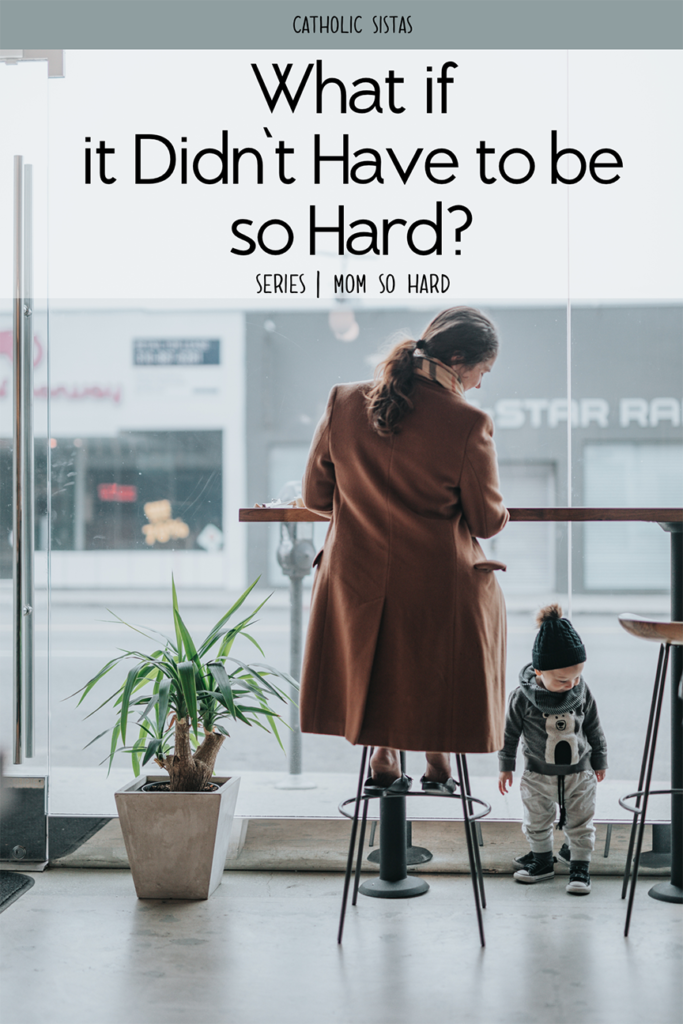