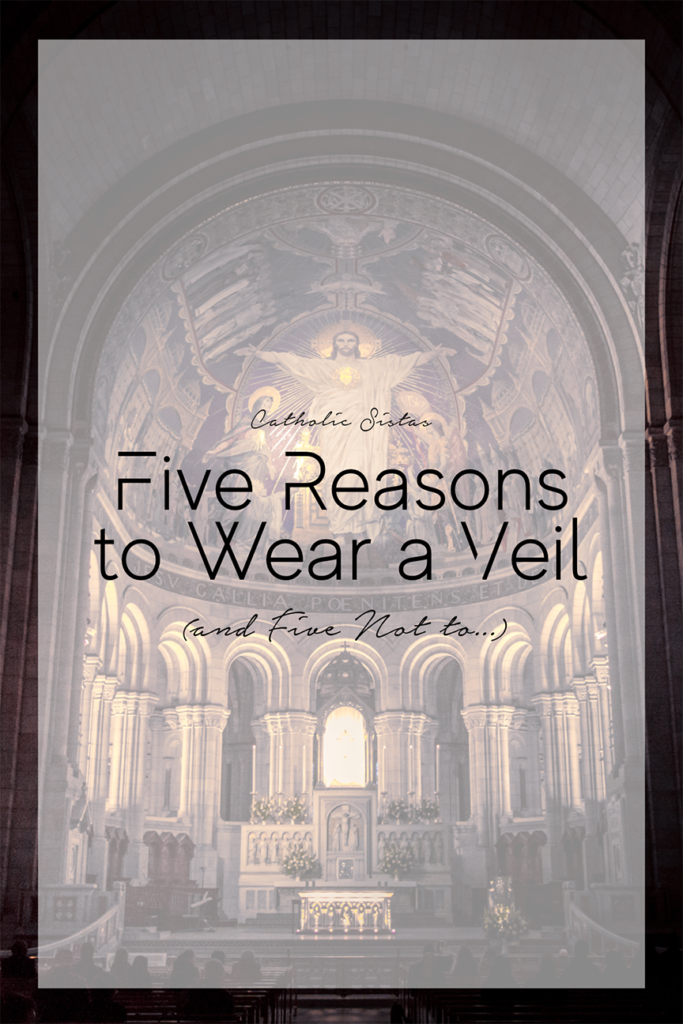 I’ve been a Catholic for a whopping twenty-five years, but only for the last two of them have I been choosing to wear a mantilla or chapel veil when in the presence of the Blessed Sacrament. Whilst veiling is becoming an increasingly popular decision among young Catholic women, my journey to the mantilla has been far from easy. Everyone, it seems, has their own opinion on whether or not I should cover my head, what it signifies, whether it improves my relationship with God.

Let’s get one thing straight. The only people who should be involved in your decision to wear the mantilla are you and God. That’s it. But for those of you who – like me – were on the fence about veiling for many years, let’s explore some reasons why – or why not – women choose to veil.

Reasons to Wear a Veil

Reasons Not to Veil

Ultimately, only you can decide whether or not to wear a mantilla, and this article only scratches the surface of the different reasons why women choose, or do not choose, to cover their heads. If you’ve never worn a veil before, or it’s just not ‘something people do’ in your parish, I encourage you to give it a go! If you’re nervous about veiling on your own, see if you can find a mantilla buddy – you may find that you’re not the only one who has been thinking about it.

It took me a while before I was confident wearing my mantilla at Novus Ordo masses, or when I was the only one – but now, I’d feel strange without it. I veil for God, to show the respect I have for Him and His Church – but I also veil for myself, to prepare myself for Mass and to help keep my prayerful focus. In doing so, I have taught myself not to care what others think of my dress code or personal choices, and come to love God in my prayers all the more.

Our winners for last week’s giveaway of a free veil from Veils by Lily are listed below.

WinnerS you say? Didn’t you say you were giving away ONE free veil?

Sho nuff! I did say we were giving away one veil, but after seeing such an incredible response to the giveaway and reading through all of the wonderful stories of how you have come to veil, we {Lily and I} decided to throw in a SECOND veil as a surprise. So…I give you not one, but TWO winners for a veil of your choice. 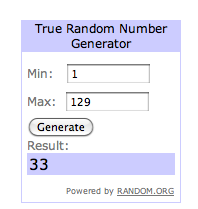 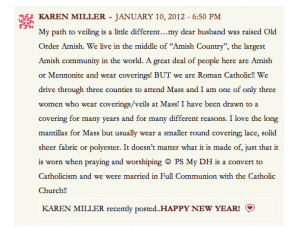 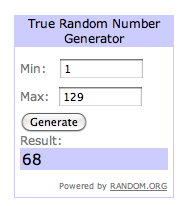 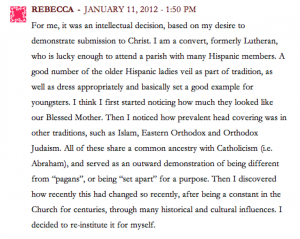 Congratulations to Karen and Rebecca! To claim your veil, please contact Lily at lily{at}veilsbylily{dot}com with your veil choice along with your shipping address.

Thank you to everyone who entered. It has been a wonderful giveaway learning of your journey to veil. 🙂