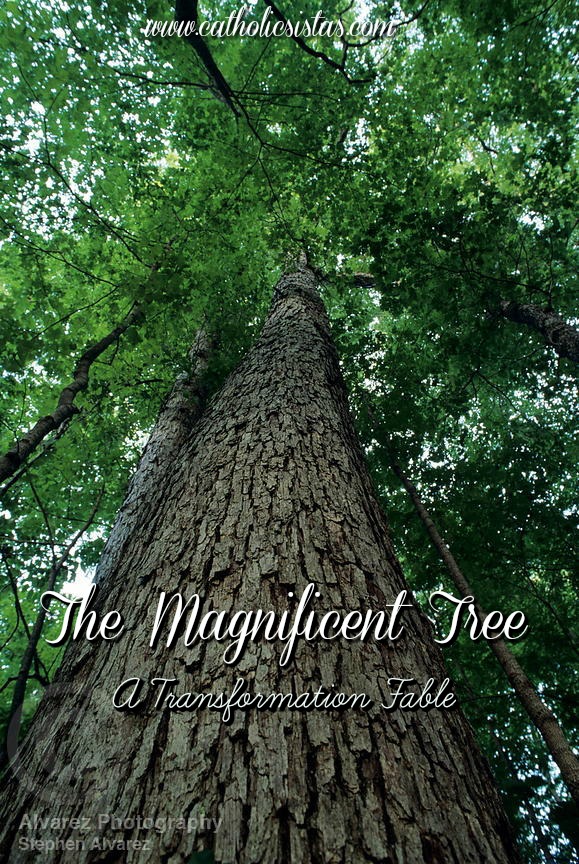 There once was a magnificent tree standing tall and strong in the middle of the forest. Its trunk was wide and sturdy and reached toward the sky with branches heavy with large leaves that soaked up the sunshine. Throughout the summer they provided much needed shade for anyone who wished to stay a moment beneath them. In the fall, those same leaves turned scarlet and adorned the landscape with their fiery beauty. In all the forest there was nothing more grandiose or nobler than the majestic tree.

The tree could not imagine a more splendid life.

It happened one day that a man visited the forest. Surveying the trees before him, he chose the mighty oak that stood tall and proud. Marking it, he left. The tree wondered what the man had wanted. He supposed that the man had seen its beauty and had been in awe. It stood proudly, thankful it was so glorious.

The man returned the next day with other men. He pointed to the tree and then approached it. They each looked over the tree with awe and approval. The tree was pleased with their reactions to its splendor.

Without warning they began cutting down the tree with sharp axes. Oh the pain the tree felt! It couldn’t understand why the men were doing this to it; why they were causing this pain.

Once the most majestic hardwood in the entire forest, the tree fell upon the woodland floor; no longer regal or imposing. Instead, it was broken.

When the men took it from the forest they began to dispatch it further. Soon it was in pieces- it no longer resembled what it had before. Its splendor, its glory, its pride were all gone. It could not make sense of what had happened. It felt despair. 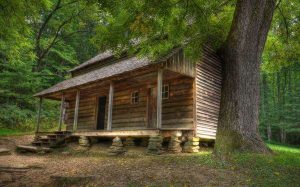 It wasn’t long until the man began to take the pieces of the tree and fashion them into something else. The work was slow and tedious. But still, the man labored. Soon the tree could see that the man was fashioning a house out of its parts. As the walls were constructed, it could see how sturdy they would be. Just as its trunk had supported the branches, the walls would support the house. As the roof was built it could see how they would protect the man from the elements. Its branches and leaves had done the same for those who stopped underneath them in the forest.

Finally the man was done. He stood back and looked at the home he had built out of the majestic oak. The man knew it would serve his family well. As he moved his family into the house suddenly the tree also understood the importance of its transformation.

Once the most majestic and imposing figure in the forest, now the tree was a simple and practical home for the man and his family. It would provide safety and warmth as well as a place for the family to grow in love and happiness. The tree had to endure a dramatic and painful transformation to become more than it was before.

We are often like the tree. We stay firmly rooted where we are, complacent with who we are and what we are doing. We are proud of our accomplishments and who we’ve become. We are thankful that others see our beauty, our grace, and our worth. We stand like the oak, majestic and proud, not realizing that we can be something more.

Many times God is like the man who came and chopped down the tree. He looks us over, sees our true worth, marks us, and then begins His work on us.

Oh it can be painful! We may even be caught off guard at the intensity of the pain we go through. We are brought to our knees just as the magnificent tree was toppled. But the work and the pain don’t stop there.

While we can’t see the full picture, God has a blueprint laid out in front of Him. He knows what plans He has in store for us (Jeremiah 29:11) and why this transformation is so important. He wants what is best for us. He knows what it will take for us to become the best version of ourselves.

We may look around and not understand a single thing. We may cry out asking for mercy. We may even doubt that God’s plans are the best ones. We may long for the person we were before. It is not until God is done molding us during this time that we can see how much better we’ve become.

Often we must first become broken, a mere shell of what we were previously, before we can understand how God is calling us to become better… to become more. 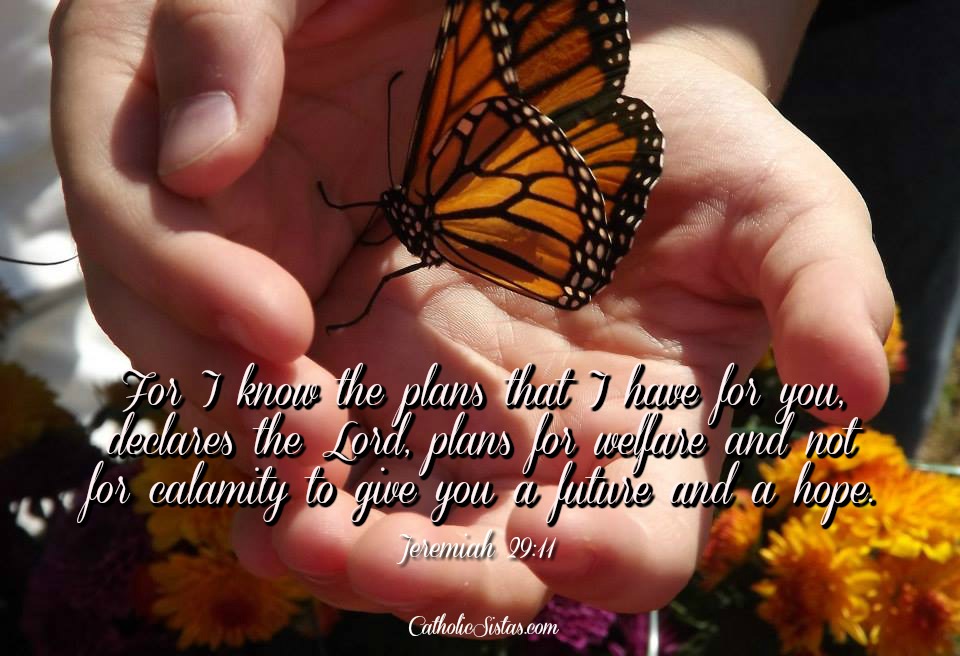 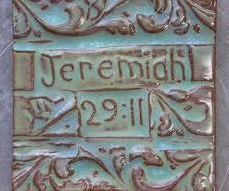 “For I know the plans I have for you, says the Lord; plans to prosper you and not to harm you, plans to give you a hope and a future.”

My Facebook newsfeed exclaimed, “This isn’t just encouragement; it’s truth for all believers!” while subsequent commenters chirped amens. Aside from denigrating encouragement, is this “truth for all believers”? Since my Facebook friends were probably not referring to our heavenly future of prosperity, what have millions of poor, troubled believers from the apostles to the saints to the Third World done wrong not to have this “truth”? 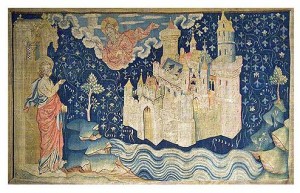 First of all, the verse sits in the middle of a letter of prophesy from Jeremiah to the Israelites, who were exiles in Babylon. God told them to submit to King Nebuchadnezzar and settle down, that they would not be freed to return home for seventy years, that He knew the plans He had for them . . . (and the rest of the verse). It is a specific plan for a specific situation with a specific nation, not to individual people. I wonder if there were Israelite women (sistas like us) who, upon hearing the prophesy read, crumpled a little on the inside. Our husbands and older sons were speared to death; our teenage daughters abducted; our little ones sold into slavery. The promise will come too late for us, Lord. Again, the plan was for a nation, not individuals.

Does this mean the Old Testament holds no significance for Christians today? Not at all. The New Testament is hidden within the Old, offering luminous glimpses of Jesus in the drama of early salvation history as it advances toward the Incarnation. What we know from it all is that God has a Plan, that obedience matters, and because we are living in the Church Age, that hope and future mean heaven.

There are also telling translation differences. The translations that use “prosper” (NIV and GNT) were published in the mid-twentieth century, while older ones (and some newer ones as well) use “peace” (shalom). 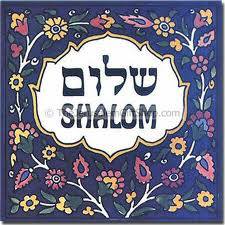 “For I know the thoughts I think toward you, saith the Lord; thoughts of peace and not affliction, to give you an end and patience.” (Douay-Rheims)

“For I know well the plans I have in mind for you, says the Lord; plans for your welfare, not for your woe! Plans to give you a future full of hope.” (New American)

God guided the Israelites to an earthly land, government, and salvation from their enemies. But the new covenant has Jesus teaching us that His kingdom is within us and among us, regardless of government; and that our land, hope, and future are found in His Father’s House. That is true prosperity.

So the verse is not a fist-pumping excitement over God’s plans of material prosperity without harm. It is part of the story of His love and leading of the nation of Israel (our elder brothers in the Faith) to salvation, which we read and focus our knowledge of Him onto the Person of Jesus Christ, Who loves and leads His Church to salvation. It is truly a better promise than earthly prosperity, and is harmonious with scriptures about suffering and trouble.