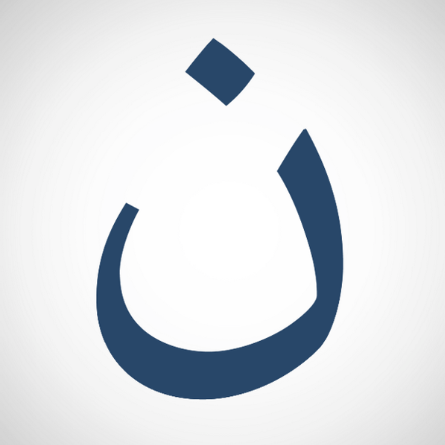 In 2007 Apple launched the iPhone, and at the time it was the best device of its kind to easily take and share pictures and video. Seven years later, it appears everyone around me, both young and old, has an iPhone, an iPad, or one or several of their competitors’ devices. I heard that more photos had been taken in 2011 than in the almost 200 years combined since the first photograph was taken. These devices have made a revolutionary impact on our culture in an unusually short period of time.

The overwhelming use of personal device cameras is providing the internet with video recordings of almost all current events, both newsworthy and not so newsworthy. We are recording massive amounts of current events in 5 second to 2 minute long videos. I remember a tragic story a few years ago where a father was catching a foul ball for his son, lost his balance and fell to his death – and if that weren’t astonishing enough it was almost more astonishing that there wasn’t a single video clip of the fall. We are a society desperate for video documentation. I can’t help but wonder how much news might be filtered from us where video documentation is lacking because media outlets know our addiction to video clips and the trust we place in them. After all, seeing is believing.

Last month, I read an article at The Gospel Coalition where contributor Joe Carter attempted to review the evidence we were receiving about the atrocities ISIS was committing against Christians. Specifically, he was curious about child beheadings. While there was indeed a man reporting such atrocities, Carter questioned his authenticity and specifically asked why journalists in the area weren’t photographing and sharing pictures of the child beheadings, if it was true. I found this demand for pictorial evidence eye-opening.

Only a few weeks ago, a video depicting the beheading of journalist James Foley went viral. I can’t attest to the content of the video as I didn’t care to watch it. Furthermore, I was moved by a plea from Foley’s family that people like myself refrain from watching it out of respect for Foley and also in order to dissuade ISIS from finding viral success in beheading videos. While we as a nation are uncertain children are being beheaded by ISIS, we are indeed convinced that James Foley was beheaded – we have the video.

We are at the dawn of a new information revolution. And I wonder. In our lifetimes will we see a shunning of the written word in favor of video documentation? It seems we already are. However, it also seems preposterous that we could ever completely distrust the written word. After all, it is physical, unlike oral transmission which relies too much on faulty and dishonest living humans. We only barely trust oral testimony. Once it is written, then can we begin to trust it. But now, even written testimony isn’t nearly as convincing as video testimony. I foresee video documentation usurping written documentation as trustworthy, even to the degree we trust written documentation over oral. My children and future generations will have never known a time where video documentation wasn’t available, and this will permanently skew the handing on of history from now on.

In the 1450s Johannes Gutenberg printed the first Bible printed by moveable type. His invention, the printing press, created an information revolution. In the decades to follow, printed information became mass produced, and literacy flourished amongst the common folk for the first time in history. Less than a century later, people were so moved by their confidence in the written word that some Christians became suspicious of oral tradition and would only rely on the Christian teachings they could verify by their own reading in the Bible.

I wonder if I lived in the late 1400’s, might I have scoffed at the prediction that oral testimony would lose almost all of its credibility in favor of written testimony? Today, I want to scoff at the prediction that the written word will lose its trustworthiness to video documentation. I think, “But! The Bible! It is written Word. It is the inerrant written Word of God. That could never be dismissed!” And yet, perhaps Christians 500 years ago thought the same about oral teachings. Granted, we don’t have Holy Spirit given video teachings, like we have the Holy Spirit written Scriptures. But, as I worry for the future credibility of very credible written documentation, I can’t help but mourn the loss of credible information housed in oral form that was dismissed because of its medium.

Jesus orally taught his disciples and commanded they set forth to teach others – and Jesus’s example of oral teaching was the only example He left his chosen apostles for teaching all He commanded. Jesus didn’t distrust oral teaching. In fact, it was His preferred medium. Jesus said to Doubting Thomas, “Have you come to believe because you have seen me? Blessed are those who have not seen and have believed.” (Jn 20:29) I wonder, how soon the day will come that would be Christians will not trust even this Scripture because there is not a 30 second video clip on Godvine where Thomas places his fingers in Christ’s wounds and we can re-hear Jesus’s voice saying these inerrant words of wisdom? St. John wrote about Jesus in the conclusion of his gospel, “There are also many other things that Jesus did, but if these were to be described individually, I do not think the whole world would contain the books that would be written.” Perhaps Jesus preferred oral teaching because like He who exists outside time and space, our memory, one of the attributers of our soul, is not limited by time nor space – oh, what about Jesus John’s memory contained!  We know St. Paul said, “We walk by faith, not by sight” because we can read it in Scripture (2 Cor 5:7). But, I wonder what else did St. Paul say that hasn’t been handed down because we didn’t trust it if it wasn’t written? We who no longer trust the method of information sharing preferred by Jesus, oral teaching, are no more walking by faith than our children’s generation who will naturally only trust the videos clips they see. I fear to realize the knowledge we will fail to pass on during this next information revolution as we continue to favor only what we can preserve by an iPhone’s onboard camera.

I am thankful for the Church’s perserverance in safeguarding and teaching Catholic oral traditions alongside the Scriptures. Clearly, God knew what He was doing when He established the Church. He knew that humans would begin to filter information based on medium. We’ve seen one type, oral, filtered away, and are now beginning to filter the other type, written, away as well. Yet, the Church will perservere, promulgating Christ’s teachings in both forms, despite our biases. Thanks be to God.

Catholic Sistas offers our prayers for family of Christian martyr James Foley, for all persecuted Christians and for their persecutors.

Our Lady of Sorrows, pray for us.

St. Thomas, pray for us.