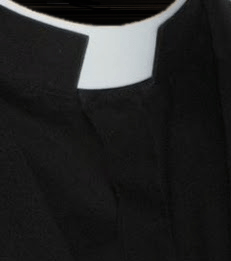 We often associate the term “vocation” with our priests or those discerning a call to the priesthood. What we often overlook is that we all have a vocation. Two actually!

The most obvious vocation is that of the priesthood. Without our priests we would not have the sacraments, and we need the sacraments to help us live out our primary vocations. Our priests serve God by serving God’s people. Priests are ordained clergy. And they aren’t the only ones. Our deacons are also ordained clergy. Deacons are also called to serve God by serving God’s people. They too bring the sacraments to the laity (you and I) and profess vows to the Bishop. They also serve the priests and Bishop when called upon.

Finally, the laity are also called to live out a vocation for God. Men and women of the lay faithful are called to either live a generous single life for Christ or live for Christ through the vocation of marriage. We often forget that as laity we too are called to a vocation, whether we are single or married. For more on marriage as a vocation click over to my article Five Characteristics of a Matrimonial Vocation.

1. Pray. Prayer is always the first step. Pray for more young men to listen for God’s call to the priesthood for them. Pray for the strength of marriages in our community. Pray for strength and courage for our priests, deacons, and religious as they live their lives in service to God. Pray for all young people to listen to God’s call for them and then to follow through. Pray for your own children, that they will be open to God’s will for their lives and they will say yes to whatever He is calling them to.

As a bonus, take your prayer to Adoration if it is available to you. Parishes with perpetual adoration often see a boost in young men discerning the priesthood. Remember that without our priests we don’t have the sacraments and without the sacraments we don’t have a Catholic Church. We need more priests. Spend one hour in adoration, pray for an increase in priestly vocations, and one day we will see God’s amazing work.

2. Put a name with a face. Check out your diocesan website and look for a vocations office or vocations page. Browse through the site and see if you can find the names (and hopefully pictures) of the young people in your diocese who are currently in formation for the priesthood or religious life. If not, contact the office and get a list of their names and contact information if possible. Then pray for them by name.

3. Let those in formation know that you praying for them. Going through the formation process can be a joyful time as well as a very difficult time for young people. Almost every priest or religious I have spoken with has questioned their vocational call at some point during their discernment process. Knowing that people are praying for them offers them support and encouragement. If you are able to get their contact information, send them a note or letter of encouragement, send them a care package, or a gas card (for those long weekends or other breaks when they want to come home to visit their families). 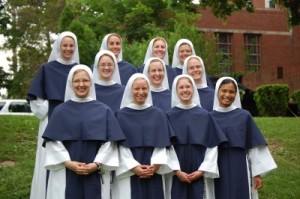 4. Talk to your children, Godchildren, grandchildren, nieces and nephews, and any other young people you know. Encourage them to pray, stay close to the sacraments, and to always seek God’s will for their lives. And be an example of this for your children. Incorporate prayers for vocations during family prayer time and share your own stories of how you discerned your call from God. Invite priests, deacons, and religious into your homes so your children get to know them and see them as real people too.

For more information about vocations, check out the Vocations page at the USCCB site.

Not many of you should become teachers, my brothers, for you realize that we will be judged more strictly, for we all fall short in many respects. James 3:1-2

This was a Bible verse that was on my mind during the five years of discernment and formation before my husband, Skip, was ordained a permanent deacon for the Diocese of Lexington. Deacons are ordained to preach & teach and I believe James is warning us all, that if we want to take on the role of teaching the faith, we better be ready to pass it on faithfully or there might be hell to pay (literally) in the future!

I have been asked to write a few posts on the role of a deacon and his wife, along with perhaps, what the discernment and formation process was like. The wives were actually encouraged to attend the formation classes with their husbands and I eagerly did (most of the time). I think it’s only fair I give you some of my background before we go much further. And the first thing to realize is, as a deacon’s wife I am not a saint – and am very far from it!

I am a cradle Catholic and a revert to the faith. For years I made myself the god of my life.

I grew up in the era of Vatican II with the notions that singing “Kum-by-yha” or “Peace Train” and holding hands were what was important for “church”. This age also offered me the “if it feels go – do it”, “I am woman, hear me roar”, and “I don’t need a man in my life to be successful” mentalities, which I readily bought in to. But what I lacked was a love and respect for my body and bought into the idea that if you were attracted to a person then you should follow your animal instincts; after all, this wasn’t the dark ages of women being covered from head to toe, and following behind their man. Oh quite the opposite – we should take the lead!

I left the church when I left home at 17. I was now my own boss, and if I wasn’t going to listen to my parents, why would I ever listen to some ancient fairy tales and a bunch of old men in dresses?!

Boy, did my bubble get burst, and burst hard! My oldest son was born out of wedlock when I was just 18 years old – 33 years ago – and I decided that I could raise him on my own. I was so full of myself! In 1979, it was not commonplace for an unwed mother to raise her child so I thought I was cutting edge! Pshaw!

Before you start to wonder about my family, I had the most marvelous parents anyone could wish for and my dad was always, and is still, my hero. My parents would have celebrated their 61st wedding anniversary this past weekend if my dad was still alive, and they raised 15 children, (of which I am number 8), put us all through Catholic school, took us to Mass as a family every Sunday and holy day, and most days during the summer we walked to daily Mass.

My parents showed us what a loving, stable marriage was, tried to give us work ethic (I started working at 11 years old with a paper route), taught us you could fight with someone you loved and still love them, and you didn’t have to have it all to be happy. So why did I go so far from how I was raised? My guess is that I wanted to be “modern” and fit in with the age of society.

Long sordid story short, I married in 1982, had my daughter in 1983, and divorced in 1986. My first husband and I were on totally different pages about money, family, priorities, and faith (which we only talked about a little bit when my sister died in 1985), etc., but the stars in my eyes hid that from me at the time.

Now we did do a couple of things just to “make my parents happy” – at least that’s what I told myself. We had been married by a justice of the peace but then had a church wedding. As Dad was walking me down the aisle he told me I did not have to do this to make them happy. Plus we had our daughter baptized into the Catholic faith.

I went through years of taking care of my two children on my own, and was sure I could be both mother and father – isn’t that what we have been told? What a scam that is! But it took me years to figure out.

Then I met Merle. He had 3 kids, had been married 3 times and swept me off me feet. He and his son moved into my house after about 2 weeks of dating in 1989 and I found myself pregnant with my youngest son in 1990 – so what the heck, let’s get married! And we did.

Merle was a brilliant, handsome man. He was also an alcoholic – a mean and sometimes violent alcoholic. He started his day with a six pack and ended it with a case. After much turmoil, we separated and soon divorced. I did know though, he truly loved our son and I tried to let him have time with Glenn.

Glenn, at four years old, would tell me how sick his daddy was because he would scream if he touched his belly. I knew it was pretty bad and offered to take Merle to the doctor. Well, Merle died at age 45 from liver, kidney and heart failure all as a result of his drinking. My son was left without a father, and I was left with all the bills he had not paid off in the two years since the divorce.

During this tumultuous time, I started attending Al-Anon – my saving grace at that time! Well, if you are familiar with any 12 step programs – and Al-Anon is based on the same 12 steps – number one is to admit you are powerless, number two is come to believe that it will take a power greater than you to restore you to sanity, and number three, turn your will and your life over to God as you know Him.

I only had one place to go where I knew I could find God and that was back to the Catholic Church. And how glad I was to be back! We, my two youngest children and I, went to a few different parishes and then found a home at Saint Peter Claver in downtown Lexington.

The deacon at St. Peter Claver at that time was working with me to prepare for Glenn’s baptism, and he asked me why I thought all these bad things happened to me. My response really surprised me: I told him I did not see them as “bad things” but as the stepping stones I needed to get me back to where God wanted me. But God was just getting started with me……………….

*Cindy, although a cradle Catholic, is a revert to the Catholic faith. She is the middle child from a family of 15 children, is the mother of three and a very proud grandma of three. She is active with the Diocese of Lexington RCIA Commission, writes an ongoing series for the Crossroads Catholic bi-monthly newspaper and has been in the construction field for over thirty years. She and her husband of almost 11 years, Deacon Skip, live in a historic house in downtown Lexington with their three dogs.*