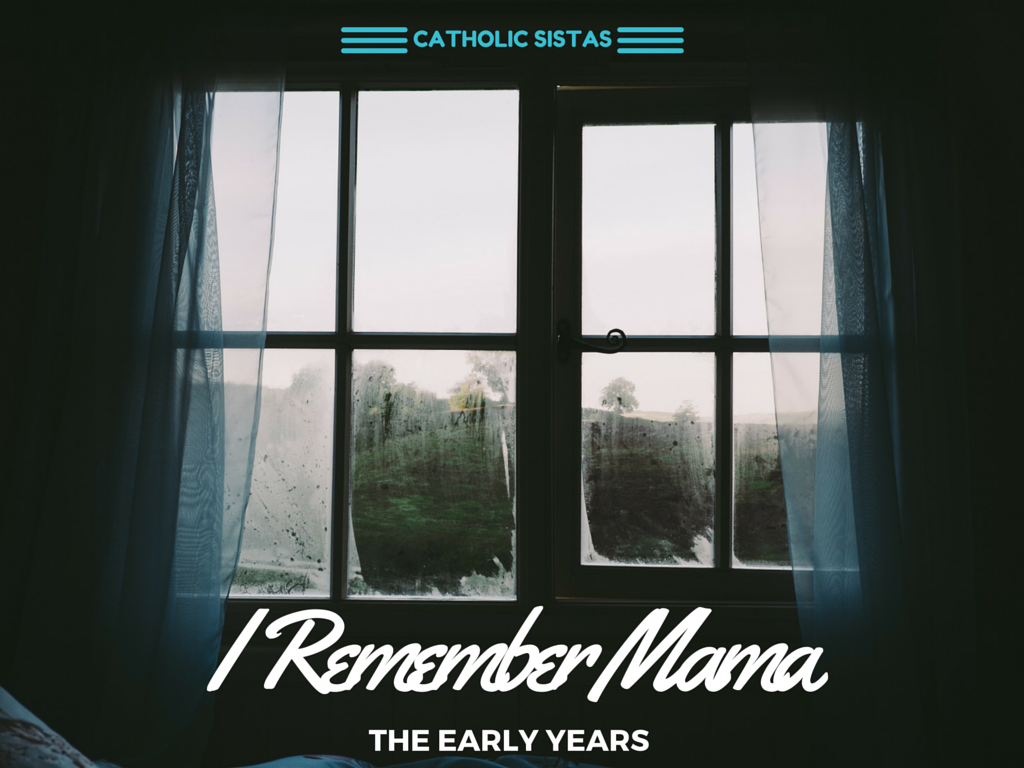 If stay-at-home moms were awarded senior superlatives, mine would have been voted “Most Likely to Save the World”. After a major mental breakdown early in her marriage when my older siblings were little, she underwent a dramatic conversion experience and I became the guinea pig upon which her hopes and dreams of revitalizing culture and restoring all things in Christ pivoted — a tall task for a little person. At six, I graced the front cover of a magazine reading picture books at a library with a prospective senator, and some of my earliest memories involve being bussed about to various conservative political rallies and Catholic homeschooling events. My mother didn’t believe in Girl Scouts, so she invented her own alternative group. She didn’t believe in public school, but volleyed hard for me to be included in various local extracurriculars, athletic and artistic. She thought theater was the great Satan, but I was passionate about it and so she directed a makeshift troupe for a Shakespeare festival at a major professional Shakespeare theater in the fifth grade for me, and chauffeured me around to various rehearsals and auditions over the years. I was smart as a whip and precocious to an obnoxious degree, but I always had an unsettled sense of being a satellite — my accomplishments were never my own, but a testament to my mother.

But she loved things and causes and ideas and her faith passionately, and me in her own way, and I don’t mean to say my mother was a bad lady. She wasn’t — isn’t. And that’s important, really, to the story I am about to tell. My mother descends from the ranks of Irish-German peasantry, fervent people whose fervor is not always matched by their intellectual acumen. God, country, and family are priorities they hold dear, but often at the price of a deliberate, self-imposed ignorance toward anything that rollicks that foundation or shakes up that pecking order. Already predisposed to turn a blind eye to the unpleasant, she is and always has been well-practiced in the art of denial and committed to the task of keeping up appearances. It is of such people that Twain wrote when he wrote of proponents of culture’s “silent-assertion lies”, the lie that there “[isn’t] anything going on in which humane and intelligent people [are] interested.” Nothing to look at here – move along! might as well be their mantra. In my mother’s world, then, her earlier mental breakdowns were chiefly a source of embarrassment and shame. She had, in her own mind, pulled herself up by her own bootstraps – according to a very loose interpretation of the term “up”, at any rate – and other people should be able to, too. She always had a very tenuous understanding of psychopathology, believing it to be a sign of weakness, of laziness, of moral failure – something one should just be able to “snap out of” at will. Chalk it up to her military upbringing, but the woman was fierce, stubborn, and unable to ask for help.

In that sense, I really came along at a fortuitous time for her. Her father died mere months before my birth, and she likes to say I saved her — a responsibility I took very seriously as a child — from a dark night of the soul after his death. And by the time I reached my elementary school years she was busily saving the world again. In hindsight, my mother was always mentally ill and teetering on the brink of mania; as a child, the constant pace of frenetic energy was my normal.

It was a bit of an ongoing joke that she couldn’t keep house, but it wasn’t until I was much older that I realized she was a compulsive hoarder. (The television show of the same name, incidentally, was a breath of relief to me as I could finally put a name to the phenomenon with which I grew up.) You couldn’t walk in my house growing up, and the squalor was truly impressive, with colonies of ants perpetually infesting the sink, and clean dishes and chairs on which to sit always at a premium. The place was a fire hazard and a death trap, really, and it is constantly a wonder to me that none of her homeschooling acquaintances ever called CPS. I was vaguely aware of it not looking like the houses of my friends, but as she laughed it off and called it her “clutter” I learned to identify it as an acceptable level of mess for many years. Certainly it never stopped her from having company over, although she exploded into inexplicable rage if anyone ever offered to help her clean.

All that being said, my childhood was both remarkable and unremarkable. I have mixed memories, good and bad, of her parenting as a child. The best adjective I can think of to describe it is “erratic”. I saw all three Child’s Play movies before I was seven, but was forbidden to see the live-action Grinch Who Stole Christmas as a teenager. I wasn’t allowed to read To Kill a Mockingbird, Catcher in the Rye, or anything by Beverly Cleary (for the sole reason that my mother had her confused with Judy Blume). I wasn’t allowed to attend Christian sleep-away camps or retreats because of all the trouble I might get into, which was laughable since at that point in my life I never got into any trouble. I was tacitly permitted my theatrical pursuits, but forbidden to consider majoring in it in college or pursuing it professionally. I was expressly forbidden to go to Catholic high school with my peers or to apply to Ivy League colleges because they would steal my soul. Control was the order of the day — not a healthy discipline, but an oppressive oversight of my every thought, and violent rage was the response to any disobedience, however slight. I remember reading 1984 as a teen and thinking Winston Smith had it easy.

Still, my childhood years were probably the “sanest” she ever was.

But then things started happening.

In the first place, she had a stillborn daughter when I was young, an event from which she never fully recovered. As an adult who has now experienced pregnancy loss myself, I can better understand her grief and the depths of depression that followed, but as a little girl the severity of her grief — her undoing — was downright frightening.

When my mother was depressed, it was like a Ferris wheel drifting to a stop with all the lights and music out. And from there on out, her depressive episodes became more frequent. She had another child – a boy – about a year after my sister’s death, and when my youngest brother was still a toddler checked herself into the hospital at my father’s behest for a stint because she was suffering from severe delusions and desires to hurt herself. They wrote her a script for lithium and sent her on her merry way, but it was a confusing time for a middle-schooler like me. It didn’t help that I later stumbled upon journal entries she wrote while in the hospital, in which she stated that she was only staying alive for my baby brother’s sake, that my brother needed her to live and be a mother.

Apparently since I was a full twelve years old, I could fend for myself.

Then my dad attempted suicide around that time, a situation I have never fully understood as he had no prior history of mental illness. As a man relentlessly bullied and steamrolled by his wife, I could see how life could become unlivable, although I don’t approve or condone his actions and certainly they are ultimately his own. She never missed an opportunity for the following two decades to malign him at any opportunity for his perceived betrayal.

When her mother and her best friend died back-to-back, however, a few years later, it was the real beginning of the end. She promptly put on her pajamas, climbed under her covers, and stayed there.

I have one vivid memory of the year I was sixteen: I visited her during one of her numerous hospitalizations only to realize that my mother absolutely did not recognize me and had no idea who I was. That night, I was attending a formal dance and had a bra strap peeking out of the back of my dress.

“Where is your mother, honey?” asked one of the other girls’ moms, a chaperone, who spirited me away to the powder room without further ceremony to help pin it. And I cried, and cried, and cried, because my mother was alive but not, there but not there.

And so it was that where is your mother, honey? became something of a leitmotif in my life.

BOOK: THE CATHOLIC GUIDE TO DEPRESSION by Dr. Aaron Kheriaty

REVIEW OF THE CATHOLIC GUIDE TO DEPRESSION