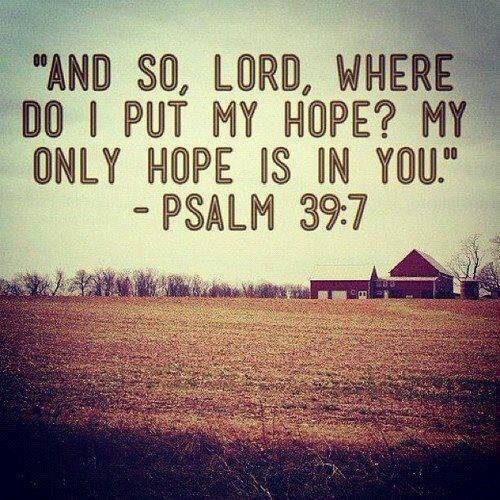 A friend of mine who is involved with Youth Ministry mentioned to me once that a lesson for the teens at our parish touched on the topic of suicide. He qualified it by saying the talk mostly focused on the love of God and all that “touchy feely” stuff. I actually know something about that topic, I thought.

The first time I talked someone out of a suicide attempt was during high school – I may have been 15 or 16. A friend, who I was not even particularly close to, inexplicably opened up to me out of the blue and confessed that he was planning to kill himself. After a very long discussion, I somehow convinced him to “wait a few days.” We never talked about it again, but he never made any attempts on his own life, either.

As a police officer for about 7 years now, I have seen several successful suicides, attempted suicides, and been fortunate enough to interrupt many others. One of the glossed-over realities of police work is that every cop on the street has to deal with suicidal people, or potentially suicidal people, very frequently. And you don’t have the luxury of a post-graduate degree in psychology before you do. In my rudimentary understanding, though, mostly gleaned through experience, I have learned that suicidal people share a common trait that is important for us to understand as Christians: they have let go of hope. It’s most likely not a surprise to hear. But do we fully understand what means and how we can help?

The emotional low point that leads to thoughts of suicide is called despair (the opposite of hope). Closely accompanying despair is fear. And in our society today, we are conditioned to be afraid. We are so conditioned to fear our surroundings that we actually go to great lengths to scare ourselves and each other for entertainment, for example. It’s a thrill to be afraid. We buy all the products that are peddled to us using fear for our safety and security. We read all the articles in the news about scary things that happen all around us, and we panic about what they might mean for our future. We fear being the victims of slander or gossip, so much that we try to build ourselves up to the people around us, never appearing vulnerable in any way. We fear financial hardship, humiliation, physical pain, emotional pain, and even minor inconveniences. The irony in all of this is that we fear all of these things so much that we sometimes lose the healthy fear of evil and 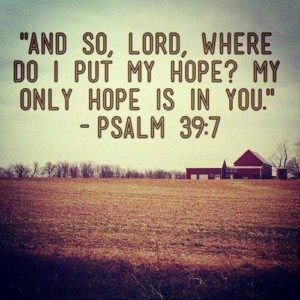 What does God tell us about fear? The Bible tells us not to fear at least 100 different times. The reason? Psalm 39 answers it: “My hope is in the Lord.” We can depend on and trust in Him in all things. Why should we be afraid? Hope is contrary to fear.

In my experience, the thing that makes people feel like suicide is a viable option is that they simply look at their future, and realize that it is just too scary for them. The back-story can vary, but often involves the painful consequences for past sins. Consequences hurt. Suffering is hard. It can make people think that there is no hope. And if you are suffering and feel hopeless, and no one in your life is treating you like that matters, you start to think they’re right: Your suffering doesn’t matter; maybe you should just put an end to it.

We as Christians often are not careful enough about knowing where hope can be found (in the Lord), guarding it in ourselves, and spreading hope to others. Often we overlook the suffering of others, because we don’t know them well enough, or don’t want to get too involved with them. Spreading hope doesn’t have to mean making close friends, though.

Recently, I had occasion to deal with an 18-year old girl who was on the brink of giving up on her life. I simply sat down next to her for a minute and talked to her like she is a human being. I knew from the start that there was really not much I could offer, being an “old,” and white, cop. I knew that she had past sins that she didn’t like suffering for, but most likely as soon as she was back to her life, she would go back to those same sins and addictions. When you see this situation as a cop, it is easy to be callous and think nothing you say or do is going to matter in that person’s life, and most of the time you will probably be right. But just taking that extra 5 minutes to have a conversation with this person, acknowledging her humanity, I could see that something changed in her, at least for that moment. I asked her, “Have you ever tried to get help?” She paused, then said after a minute: “I think I will now.” I can only hope she followed through.

The point of the story is simply that we can spread hope without overtly evangelizing, or necessarily opening ourselves up too far to someone we don’t know. We Christians need to be aware of when someone is at or near the point of despair, in a crisis, and know what role we can play in bringing them out of it. Most often, we can spread hope by acknowledging the bleakness of the situation they are facing, but reminding people that they matter. After all, in reality, we are all hopeless sinners without God’s grace.

Joe is a lifelong Catholic, and happily married father of three incredible children. When he’s not  out “protecting and serving” or spending time with his family, his favorite activity is running. He recently ran his first marathon and can’t wait to do it again!

One Reply to “The Significance of Hope”