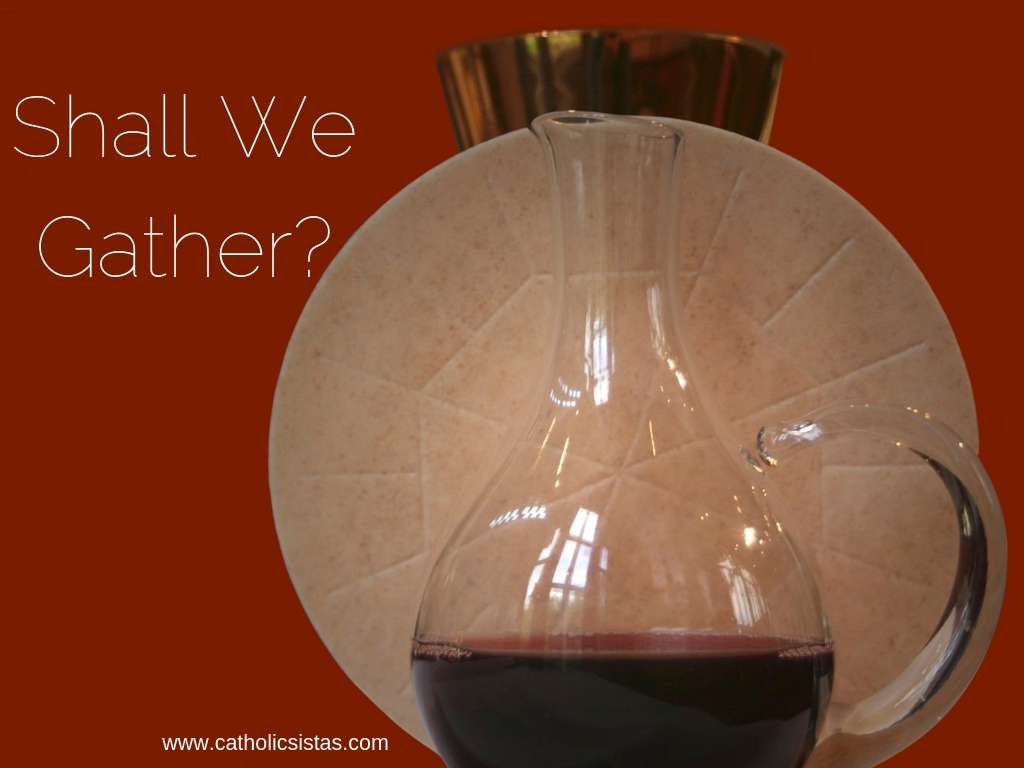 Have you ever had one of those moments when you are certain of the presence and love of God?

Although I’d had it on my schedule for weeks, a commitment slipped my mind.  I had volunteered to help with music for a monthly Mass at a local home for adults with developmental disabilities or other impairments.  Intellectually, of course I thought this was an important service, and I had enjoyed going in the past. But today, I could think of a million other things to do.  Feeling put upon (couldn’t somebody else help for once?), I put aside my to-do list, farmed out my children to my parents, and waited for my friend Melia to pick me up to drive to the home.  On the drive, I realized I had brought the wrong music for the Gospel acclamation. With a little fussing, Melia and I figured out how to make it work with the correct words for today, but I was still annoyed.

As we walked through the hallway, one of the residents came up to me.  “You’re from the Catholic church, right?”

I smiled.  Did he remember me from the previous month, or had he just heard we were coming?

Along with other members of our Catholic Daughters of America chapter, we helped to set up a makeshift altar table in the small cafeteria.  Meanwhile, a dozen or so residents (and a couple of dogs!) filed in and greeted us. Father gave us the signal, and I announced the first song.  Defying the ancient piano, Melia played a lovely introduction, and I began to sing:

Shall we gather at the river

where bright angels’ feed have trod?

With its crystal tide forever,

flowing by the throne of God.

Yes, we’ll gather at the river,

Gather with the Saints at the river

That flows by the throne of God.

Even now, to me this song remains suspended in time.  I could feel the Holy Spirit’s presence in that cafeteria, as a number of residents sang with full-throated enthusiasm.  God’s love was not lost on them. And from that moment on, I could tell that I was not the one ministering; the residents were ministering to me.

Although the majority were not Catholic, several of the residents were nonetheless unashamed to declare their love for Christ.  One woman joyfully proclaimed, “Amen!” after every mention of our Lord’s name during the Mass. I wondered, did I love Jesus as much as she did?  Reminded of the Second Commandment, I was ashamed when I thought of the times I had used my Lord’s name in vain, rather than in praise. During the Prayers of the Faithful, a young man wanted to make sure we all heard his request for prayer.  Because he was deaf, he hurriedly wrote his petition and urged someone to read it aloud. Again, I thought, would I be as concerned as this man with voicing my prayer, or would I be too self-conscious to speak up during Mass?

Mass was over much sooner than I would have liked.  Melia and I lingered for a few minutes to visit, but we had other commitments and needed to leave soon.  The next month, I took my sons (ages 6 and 9) with me for Mass at the nursing home. Our experience was similar to the month before, although this time we came home with several gifts of artwork made by our new friends.

Mass is the closest we will come to experiencing Heaven on Earth; sometimes it takes a child – or someone who still possesses childlike wonder – to remind us of that.  I look forward to the time when I can gather again with these friends, at the throne of God during Mass. 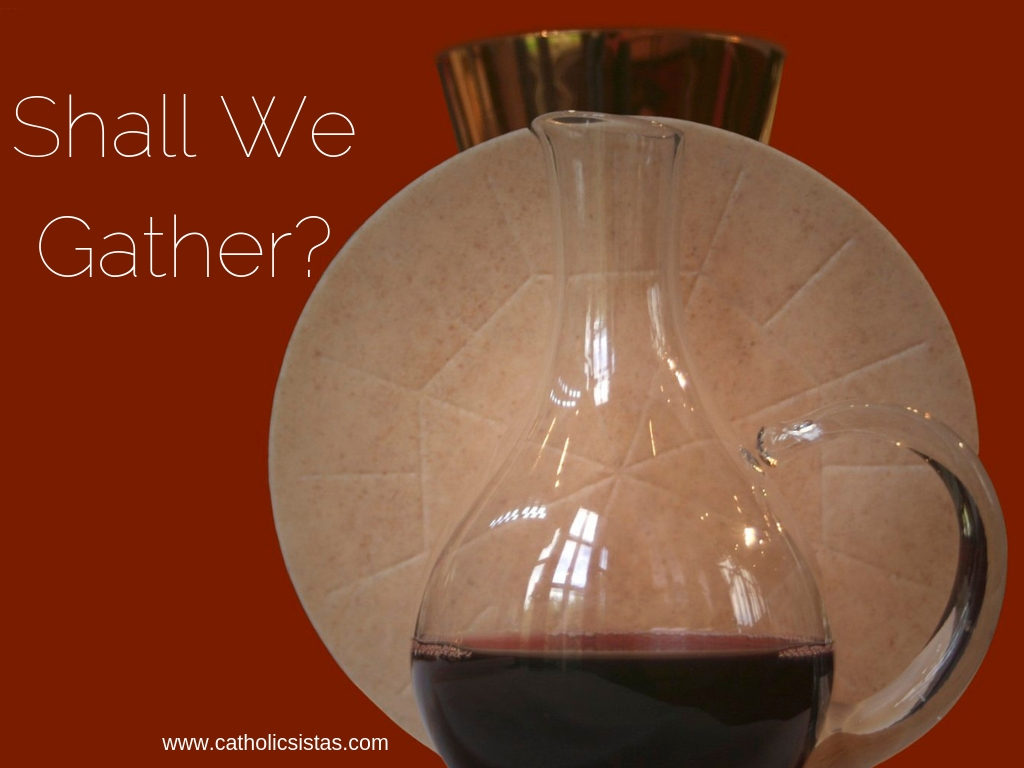 One Reply to “Shall We Gather?”