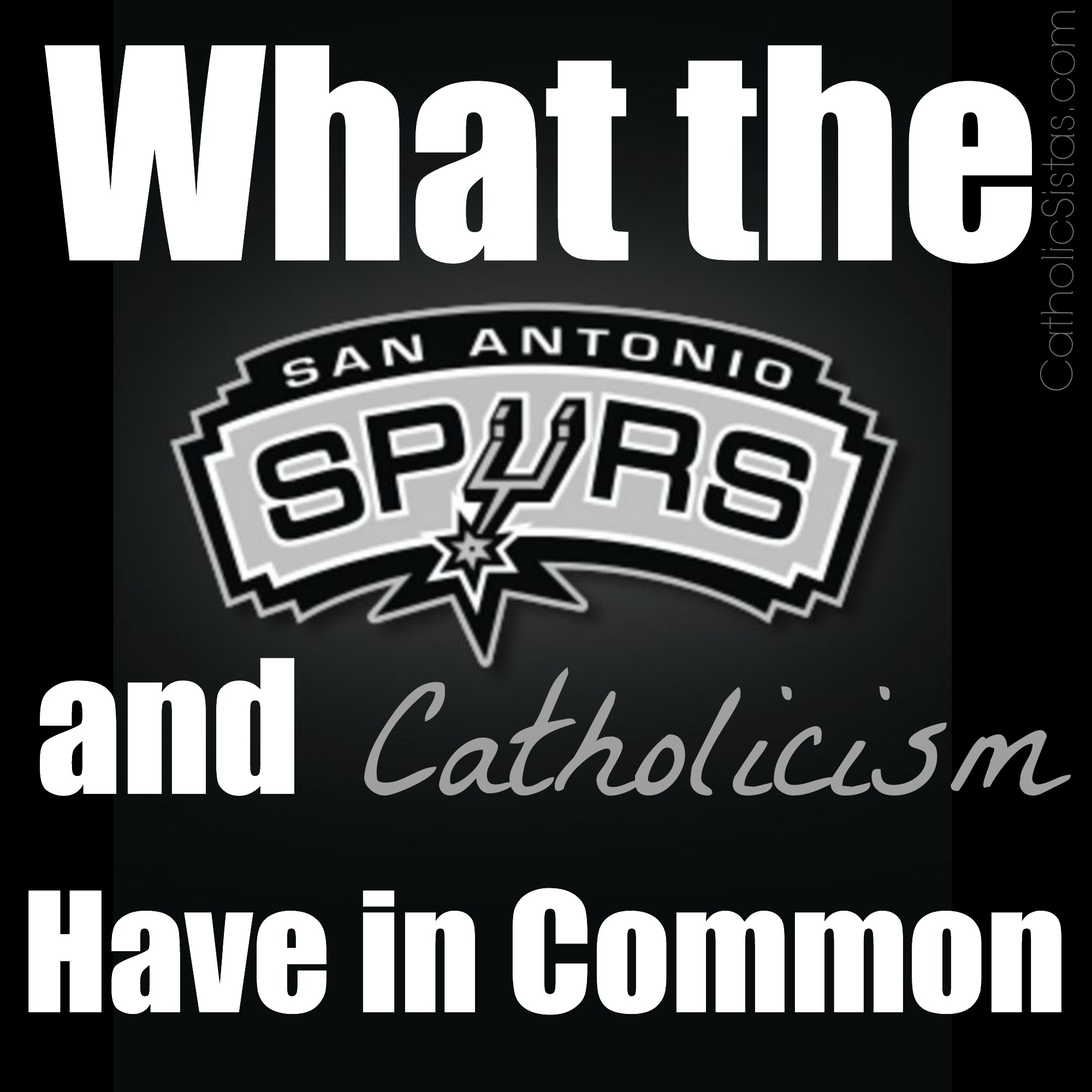 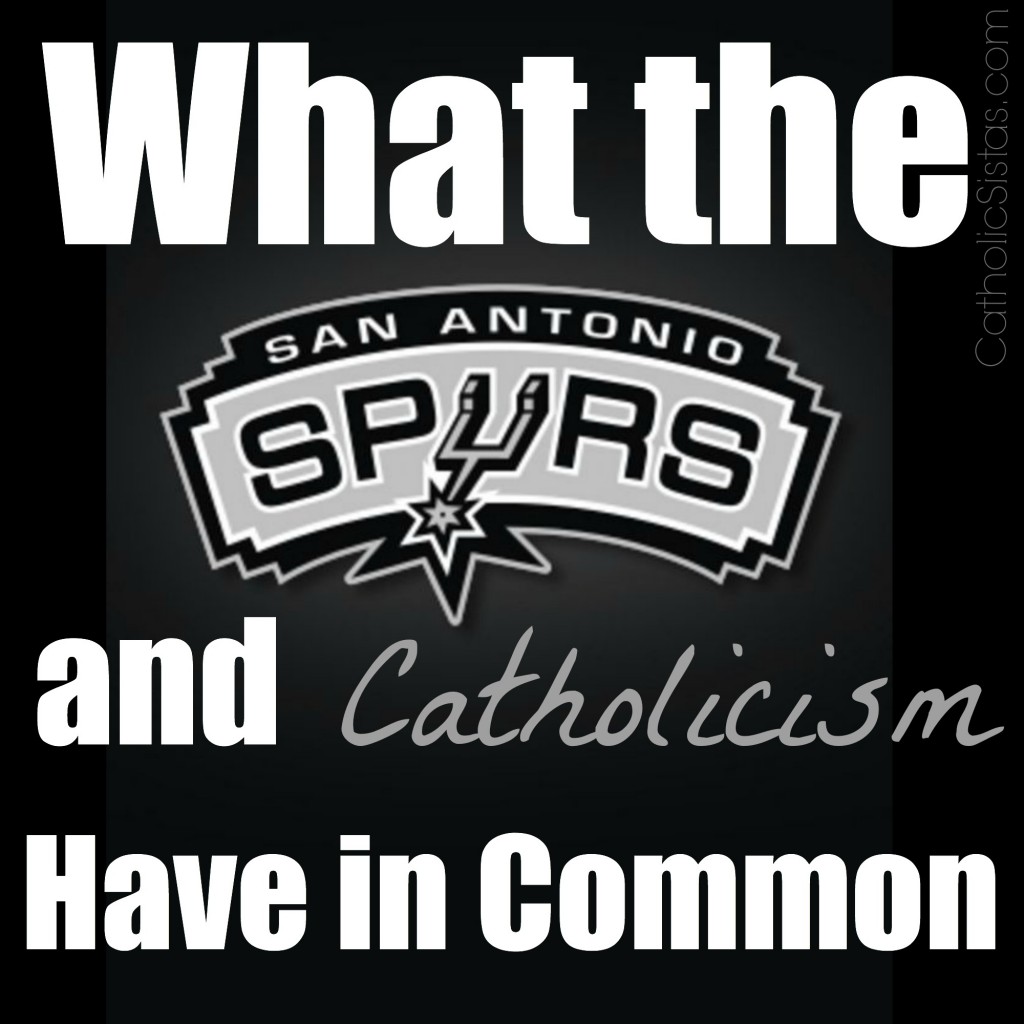 As a native Texan, sometimes the need to talk about sports will come up. It’s not just a guy thing around here…it’s part of our identity.

In my life, these sports teams have always ranked most important – Houston Oilers/Texans, Texas Longhorns, Houston Rockets, and the San Antonio Spurs. Dallas? Um, no. Just. No.

Tonight, the Spurs will play game two against some team called the Oklahoma Thunder in the conference finals {are you confused, too, how Oklahoma got a team??? Kevin Durant, we are shaking our heads at you!} They are often dubbed a “boring” team, but I would wager they are so far under the radar they only appear to be boring. Until recently, I’ve always been a semi-quasi Spurs fan. I mean, what’s not to like? They don’t get tangled up in the usual brew-ha of the Dallas vs. Houston sports rivalries. They do their job quietly and they get things done. What appears to be boring to others is just the result of the undiscerning eye’s ability to marvel in the greatness of their team. Each year we have watched the Spurs in the playoffs and I have always observed something incredibly fascinating about them. They don’t rely on one star player. They are a well-crafted team that plays like a well-oiled machine. Year, after year, I have had my eye on Tim Duncan – mostly because he is the same age as me – and I am always amazed at how obvious his affection for his fellow players is – yanking Tony Parker off the court before he gets into a scuffle with an opposing player, or giving Ginóbili a pat on the back for the assist. The individual players are always looking out for each other, both off and on the court. You get a sense of what shared leadership looks like. All you have to do is watch them play to see what I mean.

What does this have to do with Catholicism?

A lot of times in our quest to become closer to Christ, we get lost in thinking that we can do it by ourselves, that we can be the super star, in the midst of other Catholics. Sure, we know that we are all connected to each other, like the vine and the branches tell us in today’s Scripture. Just as the Cross is vertical, indicating that relationship between self and God, it is also horizontal, which tells us how necessary it is for us to be in communion with those around us, our fellow brethren. I know it can be hard to ask for help, or be in communion with others when we’d really rather sit in isolation and do it ourselves because dealing with people can sometimes be…well, difficult. And, by difficult, I mean sometimes impossible! But…in heaven, we will not have a linear relationship with God. We will have the totality of His love by being in complete happiness with Him and each other. Whenever we ask others to pray with us and for us and unite in our sufferings, we are following that team mentality that we see in genuine and authentic sports teams.

This team mentality is also demonstrated and upheld in Sherry Weddell’s book, Forming Intentional Disciples, in which she dedicates a section of her book to talk about the Leadville Effect. She writes:

implications for the formation of lay apostles. I know many “Angelas”,

because and only because they have the active, sustained, enthusiastic support

of the Christian community – a sort of ecclesial Leadville effect.

If you have forgotten that you need your community or if you’ve gotten in a rut thinking you can do this marathon prep toward heaven by yourself, I urge you to pray and reflect on the importance of being connected to each other in our earthly life, calling on those here with us, the Church Militant, and those who have made it home, the Church Triumphant…call on the communion of saints to help get you on track! It’s not always easy pacing each other and cheering each other on…in fact, there will be times when it will feel downright impossible. But, the goal remains the same.

Our ultimate destination is heaven,

and our job is to desire heaven for everyone,

*By the way, that might the most I’ve ever heard Popovich speak.